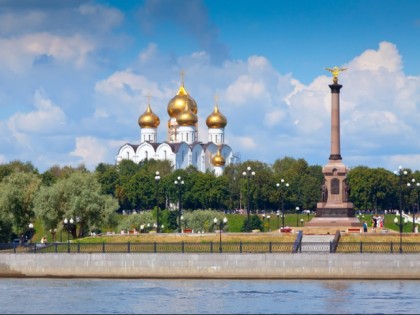 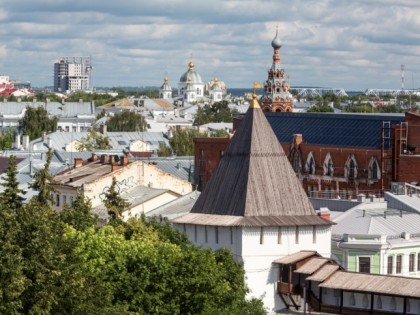 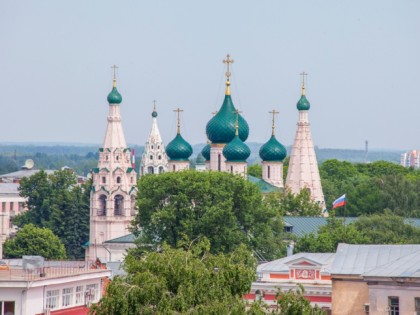 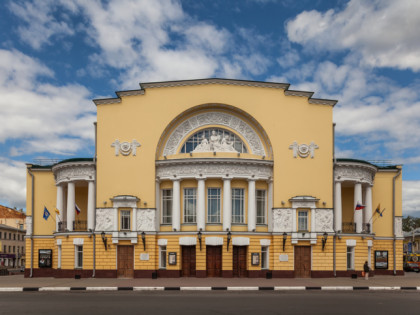 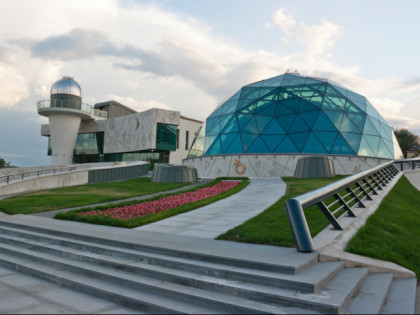 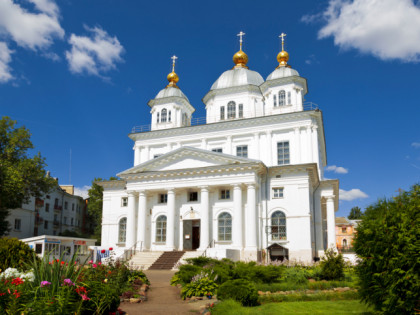 Yaroslavl — a Pearl in the Golden Ring

Yaroslavl, located three hours’ drive from Moscow, has something to be proud of: the first Russian theater, the world’s first cosmonaut woman Valentina Tereshkova, the Oscar winner, animator Alexander Petrov, the historical center marked by UNESCO, the city buildings that have preserved examples of all the directions of Russian architecture of the 16th-20th centuries... And of course, Yaroslavl is the capital of the «Golden Ring», a route through the ancient cities of Russia. Also, Yaroslavl is one of the top ten tourist regions of the country and is informally referred to as Florence of the Russian North thanks to its architectural monuments. And what is more, the city was honored to be imprinted on the Russian national currency: a monument to the founder of Yaroslavl is known to everyone who has ever held a thousand-ruble note in arms.

Yaroslavl is said to have been founded in 1010: Rostov Prince Yaroslav (later nicknamed the Wise) hacked a bear to death with a hafted axe at the confluence of the Volga and Kotorosl Rivers and ordered to found a city there the next day. It is still unknown why Yaroslav happened to be in this place. One theory is that he had been hunting with his retinue and lag behind it, and then he met a bear on the way. According to another version, the prince came here with the intention of converting to Christianity the local pagans, who set the animal against him. Anyway, a bear with a poleax adorns the coat of arms of the prince-founded city for centuries. According to philologists, Yaroslavl is a transformation of the adjective «Yaroslavlev» (that of Yaroslav), that is, belonging to Yaroslav.

By the 13th century a trade and handicraft settlement formed in Yaroslavl, and the city’s borders extended beyond the wooden Kremlin. In 1238, Yaroslavl was burned during the Mongol-Tatar invasion of Rus’. In the next century, the city was struck by the plague epidemic and was repeatedly dragged into the internecine strife of Russian princes, and in the early XVI century it went through a major fire.

Yaroslavl was the temporary capital of the Russian state in 1612, in the Time of Troubles: the actual capital, Moscow, was occupied by Polish-Lithuanian interventionists at the time. After this period, things started looking up in the city: Yaroslavl, located at the intersection of trade routes, was quickly turned into a major center of crafts and trade. It was the second largest city in Russia in size and the third largest in terms of trade turnover! Foreigners came to work in the city: they established about 30 sales offices here. Dynasties of Yaroslavl merchants, who were part of the country’s economic elite, started to develop. They built churches in Yaroslavl at their expense, and the craftsmen who worked at decorating churches with tiles and frescos, became famous throughout the country. In the XVIII century Yaroslavl became the center of industry, and more than 50 factories were operating here by the XIX century. The course for industrial development was continued in the twentieth century: in the Soviet period Yaroslavl gave the country the first dump truck, trolleybus and diesel engine. Valentina Tereshkova, the world’s first cosmonaut woman, was born and grew up in this city!

Yaroslavl is a developed cultural center. In 1750 the first Russian public theater appeared here, and the first magazine in the Russian province was published in the same century. Since 2005 the city is recognized as the Residence of Maslenitsa, one of the most beloved holidays by the Russians. Yaroslavl is an invaluable find for connoisseurs of religious architecture. Several dozens of churches of different periods have survived here, the most extraordinary and beautiful of which are the Church of Elijah the Prophet, the Assumption Cathedral and the temple complex in Korovniki. But this city is not a thing of the past. Such popular attractions as the Zoo, Millennium Park, Kilometre Zero of the Golden Ring have appeared in Yaroslavl over recent years.

Yaroslavl is also interesting from the viewpoint of traditional Russian dishes. In the menu of restaurants you can find, in particular, a fresh cabbage soup, «colorful» ukha (fish broth): white — with onions, yellow — with saffron and black — with spices, as well as cabbage, apple and plum brines, and beet or rutabaga kvass. Yaroslavl has always been famous for fish dishes: here you can taste a fish pie (pie with sterlet), telnoye from pike (a dish similar to a fish chop, but rather boiled than fried), herring patties and stuffed pike perch. In tsarist days, Yaroslavl Governorate was one of the main producers of cheese, and its own brand, Poshekhonsky cheese, appeared here already in Soviet times.

Life is in full swing in Yaroslavl: here you can get to any large-scale cultural and entertainment event at any time of the year. At the end of winter, on the eve of Great Lent, the city celebrates Maslenitsa, a holiday during which you can eat a lot of pancakes and take part in winter amusements. On the last Saturday of May Yaroslavl marks the City Day with concerts, competitions and fireworks. In August the city arranges the «Feast on the Volga» (Pir na Volge). It is a kind of gastronomic festival with cooking master classes from the world’s best chefs, championships of national cuisines and other «delicious» entertainments. The Festival «Transfiguration» («Preobrazheniye»), dedicated to the bell-ringing and religious music, is also held here in August. In September, Yaroslavl hosts the International Volkov Theater Festival.

To get to know and love Yaroslavl, it is not enough to walk just through the center, near the walls of the Spaso-Preobrazhensky (Transfiguration of the Savior) Monastery and along the Volga and Kotorosl Embankments. It is important to look at the city from Tveritskaya Embankment, the other bank of the Volga, listen to the silence in Tolgsky Monastery and visit Korovniki and Tolchkovo, where there are amazing churches. Only then it immediately becomes clear that Yaroslavl is considered the pearl of the Golden Ring with good reason!

The way to Yaroslavl from Moscow by rail takes little more than three hours, and about 4 hours by bus. Yaroslavl Tunoshna Airport accommodates flights from St. Petersburg: the time of flight is an hour and a half.

Cafes, bars and restaurants in Yaroslavl 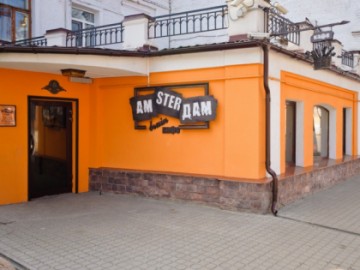 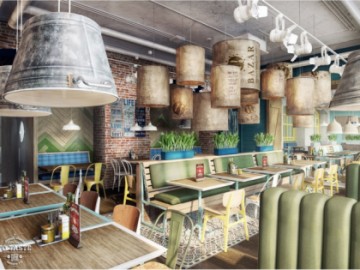 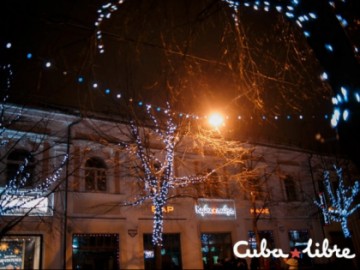 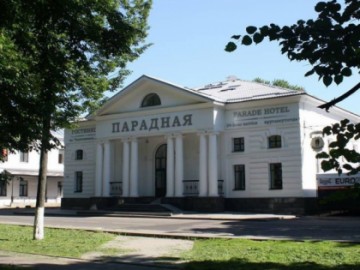 Places of interest in Yaroslavl 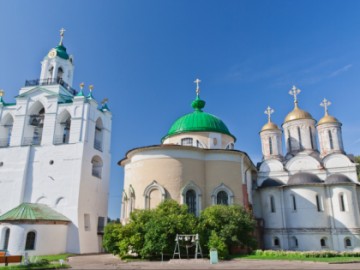 Spaso-Preobrazhensky Monastery – the Heart of Yaroslavl 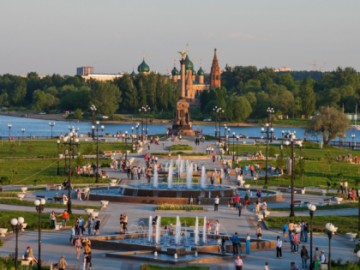 Volga Embankment: This is where Yaroslavl Begins 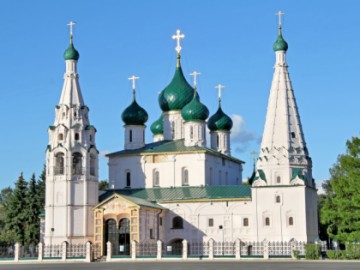 The Church of Elijah the Prophet - One of the City Landmarks 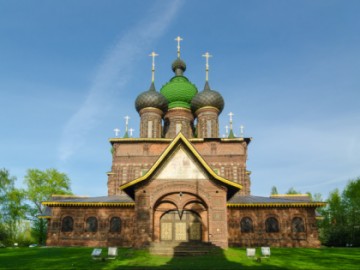 St. John the Baptist Church in Tolchkovo: 15 Domes of Greatness 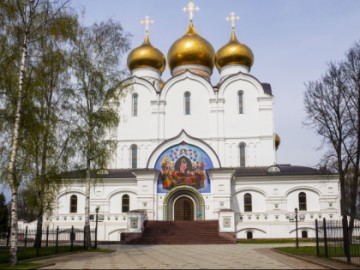 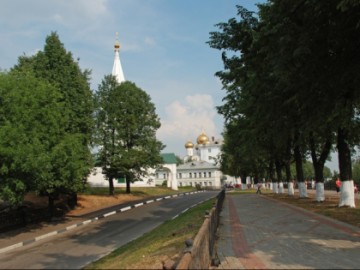 Kotorosl Embankment: From Ancient Rus to the Millennium 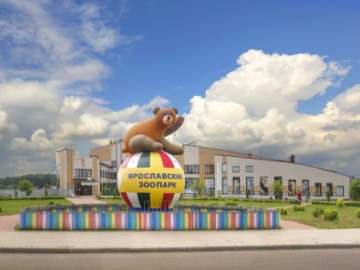 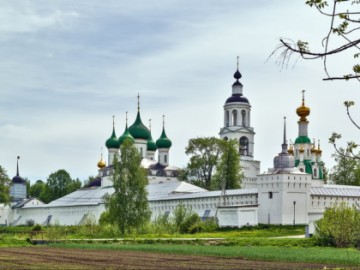 Vvedenskiy Tolga Convent: Appearance of the Icon and Its Miracles

Nearby
Cities near Yaroslavl
Tutayev