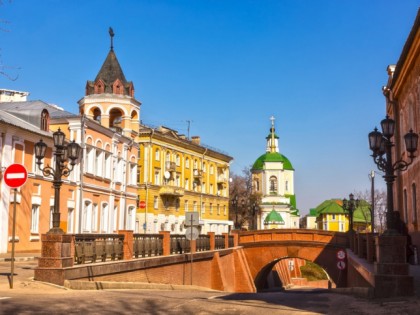 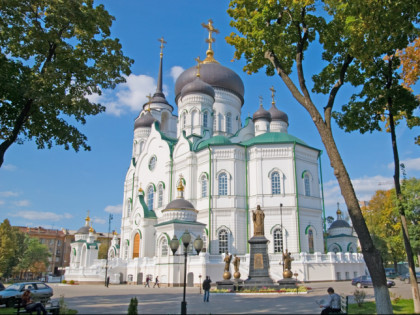 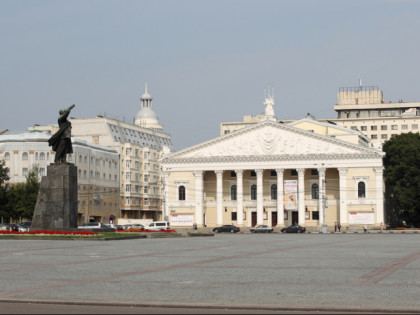 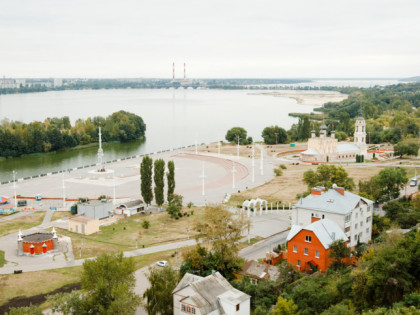 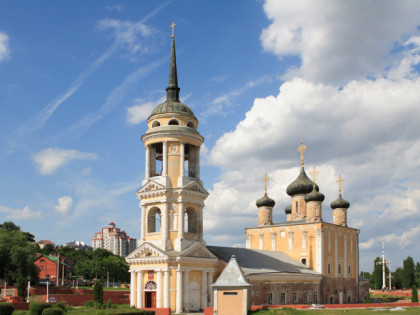 Voronezh: the Capital of the Black Earth Region

Voronezh was a very important city for Russia in the days of Peter the Great. It was here where the first Russian warships were built under the guidance of the emperor. From here Peter the Great set off on a campaign which ended in capturing the Turkish fortress of Azov. Today, the replica of the first ship «Goto Predestinatsia» (literally God’s Providence) is a symbol of the million city. Quite interesting is the history of the confectionery factory, which actually appeared here thanks to the Princess of Oldenburg. Tourists visit these parts just to hear these stories and walk around the local unique reserves.

The history of settlements on the Voronezh land goes back centuries. Today you can see the remains of a dwelling about 9 meters in diameter, built by ancient people from the bones of 40 mammoths, in the village of Kostyonka, 50 kilometers from Voronezh. The age of this structure is 20 thousand years! And this is seven and a half thousand years younger than the remains of the horse, found in the present-day area of the Nature Reserve «Divnogorie». Scythian burial mounds of the VI — III centuries BC were found to the north of today’s Voronezh. The ornamentals from these burial places are displayed in the Voronezh Regional Museum of Local Lore. Whole systems of cave temples, where monks began to settle presumably in the 18th century, have been preserved in the Chalk Mountains to the south of the city. In a word, the Voronezh land keeps evidence of the most ancient history!

Voronezh was founded in 1586, when a fortress was built on the Voronezh River bank to protect the borders. Four years later, it burnt to the ground as a result of the Circassians’ attack. But in the middle of the 17th century the fortress became part of the Belgorod Zasechnaya cherta (a chain of fortification lines, natural and artificial barriers created for protection from the raids of the Tatars), and the settlement around the fortress began to grow.

Voronezh got a fresh impetus in the development due to Peter the Great. That was promoted by a failure of the first campaign onto the Ottoman fortress of Azov. Peter decided to build the fleet to have access to the Azov Sea and the Black Sea. The choice fell on Voronezh, which stood in the midst of a shipbuilding oak forest, close to the Don, flowing into the Azov Sea. In 1700, one of the first naval flags of Russia was consecrated in the Church of the Assumption. It was planted on the first ship «Goto Predestinatsia», built at the local dockyard. Unfortunately, the original sea craft has not been preserved, but its full-scale replica is set afloat and houses a museum. In 1696, the emperor managed to capture the Azov during the second campaign. Total of 250 warships were built at the Voronezh dockyard for the first Russian regular Navy in just 15 years! During the reign of Peter the Great, the population of Voronezh increased fivefold.

The Church of the Assumption is among the landmarks of Voronezh. It was built in the late 16th century, and the present stone church was built under Peter the Great. In the early 18th century it became the Admiralty Church. Prayers were traditionally held here when setting vessels afloat. The legend has it that the emperor himself sang on the kliros (choir-place) during divine services.

Voronezh was adorned with many beautiful churches which were destroyed after the Revolution of 1917 and during World War II. The place of the Cathedral of the Annunciation and Mitrofansky Monastery was then occupied by the Voronezh State University — now the largest university in the Black Earth region. However, the Cathedral of the Annunciation was rebuilt and opened in the Pervomaisky Garden in 2009. It is one of the three highest temples in Russia and keeps the relics of the first Bishop Mitrofan, revered in Voronezh.

In the 1930s, Voronezh started to develop also on the left bank of the river, where factories began to appear. Voronezh is the birthplace of the famous «Katyusha» rocket launcher and IL-2 ground attack aircraft. During the Great Patriotic War the city was almost wiped out. Thus, in June 1942, 80 German planes on average flew over the city per day. The front line was passing through the city during 212 days until January 25, 1943. Several monuments in the city are reminiscent of the war losses. In particular, a memorial «Chizhovsky Bridgehead» was opened at the major mass grave in the country, where more than 15 thousand soldiers are buried. For the descendants’ edification, it was decided to leave in the state of shambles the Rotunda, a training amphitheater of the regional hospital, of which only the framework remained. The military operations destroyed more than 90 percent of residential buildings. Today, the oldest stone building in the city is the white tent-shaped bell tower of the XVII century’s Alekseev-Akatov Convent. The merchant «Arsenal» of the late 18th century, grown into the ground, is currently occupied by the Museum of the World War II. There are several houses of the XVIII-XIX centuries preserved on Karl Marx Street and the Revolution Avenue. Voronezh Regional Art Museum of I.N. Kramskoy is located in a pompous Baroque building of the late 18th century, known as the Voronezh Palace.

Among the real pearls of the Voronezh land is the 19th-century palace in the Old English style. It can be visited in the urban locality of Ramon. It was built for the Princess Eugenia of Oldenburg in the estate, which her uncle, Emperor Alexander II, gave her as a gift. There is an old legend associated with this mansion, saying that a sorcerer allegedly cured the princess of a fatal disease, but instead of rewarding he demanded to meet his feelings, for which he was executed by the prince. Local residents claim that there are ghosts in the castle because of the sorcerer’s curse, and because of the mysterious eye drawn on the ceiling of the prayer room, tourists’ cameras fail to work. Anyway, ghosts are a mysterious stuff, but chocolate sweets are quite real. It is known that the princess arranged a candy factory in the territory of her estate. At the beginning of the 20th century, its products brought fame to Voronezh far beyond the country. Voronezh confectionary factory was created on the basis of the estate in the Soviet times. The most popular sweets («Pesni Koltsova», «Voronezhskiye», «Ptichye Moloko») are both the city’s favorite delicacy and the best souvenir.

As for local dishes, river fish, chanterelles and porcini mushrooms, berries and root vegetables traditionally were the main products in Voronezh. In recent years, there are many restaurants opened in the city where handmade pelmeni (meat dumplings) are served with unusual sauces and various fillings: meat, vegetables, cheese, fish, fruits and so on.

In 1870, the future Nobel laureate in literature Ivan Bunin was born in Voronezh. The house where he spent the first three years of his life has been preserved on the Revolution Avenue. And the very first city monument was dedicated to Peter the Great. His replica now stands in Petrovsky Park, the citizens’ favorite walking place. Besides, Voronezh has two monuments known throughout Russia. The first monument is dedicated to a kitten and a crow from the popular cartoon — it appeared on Lizyukov Street in 2003. It has become a tradition in the city to rub the left hind paw of the kitten, so that wishes come true. The second monument stands in front of the Puppet Theater on the Revolution Avenue. This is a Monument to the Dog named «White Bim Black Ear», the hero of the well-known novel written by the native of Voronezh Gavriil Troyepolsky. A movie Director Stanislav Rostotsky filmed a touching drama after the same name novel, which in 1979 was the «Oscar» nominee as the best foreign film. The monument was created in 1998 by famous Voronezh sculptors Ivan Dikunov and Elsa Pak at their own expense.

The city’s main cultural event takes place in the first half of June and is named after the outstanding writer Andrei Platonov, born in Voronezh in 1899. The International Platonov Arts Festival covers all the entertainment venues and park areas in Voronezh where theatrical performances, concerts of various genres, exhibitions, and book presentations are held. Closer to the end of the festival, the Revolution Avenue is blocked for the street theatres parade. The City Day is celebrated on the second Saturday of September with concerts and folk festivals. Another milestone event for Voronezh is the International «Jazz Province» Festival. It takes place annually in late October — early November.

Voronezh is a deeply provincial city, but its rich history, several curious museums and hospitality of local residents attract more and more tourists to the city year by year.

You can fly to Voronezh airport from St. Petersburg, Sochi, Rostov-on-Don, Kazan and Yekaterinburg. The flight from Moscow to Voronezh will take only one hour; the trip by a two-story express train — 6.5 hours, and about 6-8 hours by car.

Cafes, bars and restaurants in Voronezh 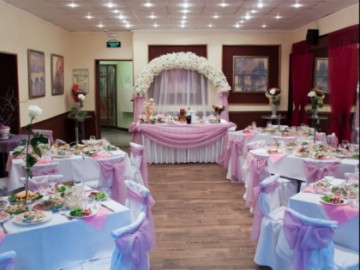 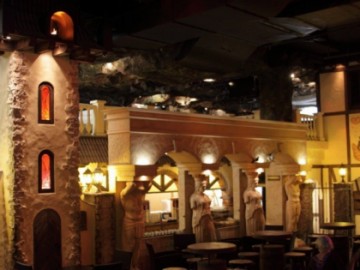 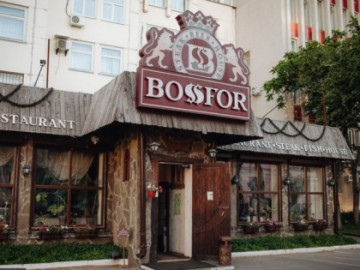 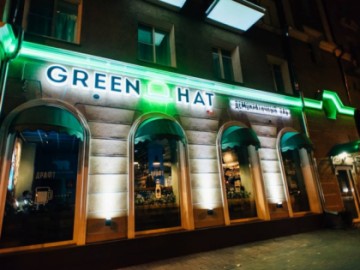 Places of interest in Voronezh 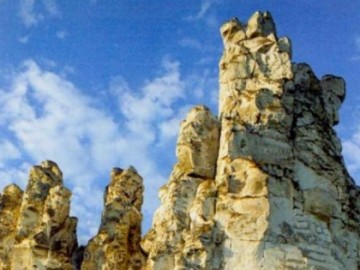 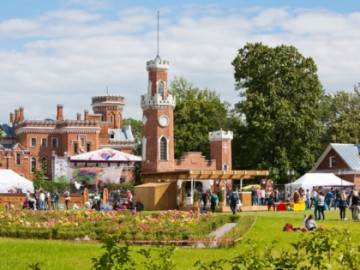 Ramon Palace, or a Castle with a Mystical Atmosphere 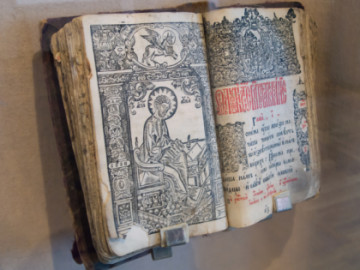 Voronezh Regional Museum of Local Lore: both Scythians and Butterflies 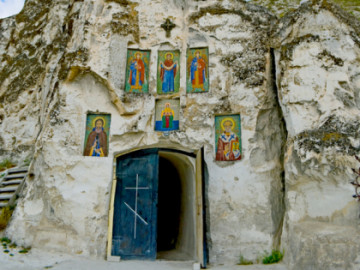 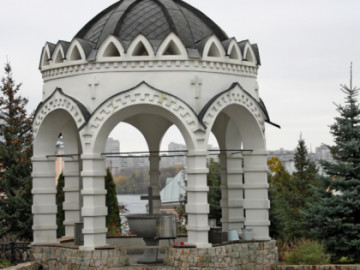 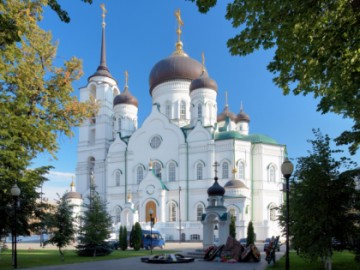 Cathedral of the Annunciation in the Pervomaisky Garden 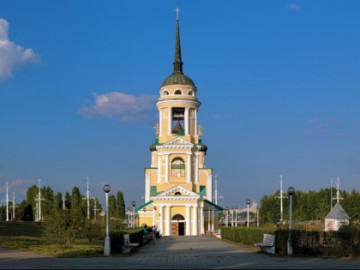 Admiralty Church of the Assumption – the Oldest «Maritime» Temple in Russia 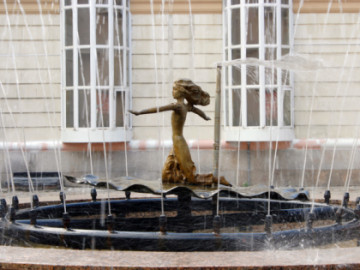