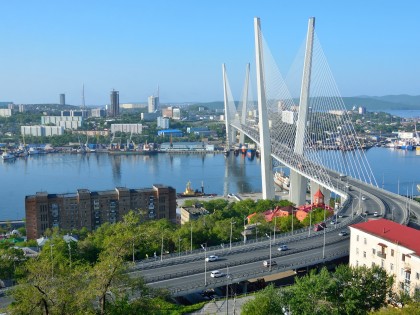 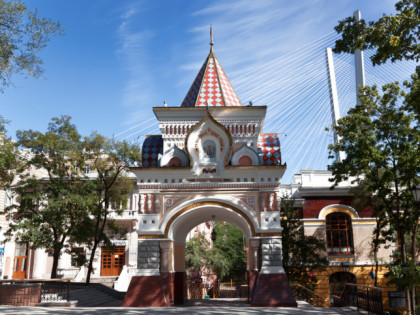 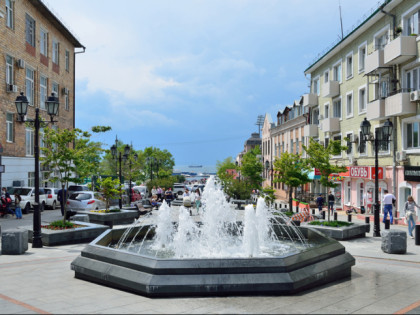 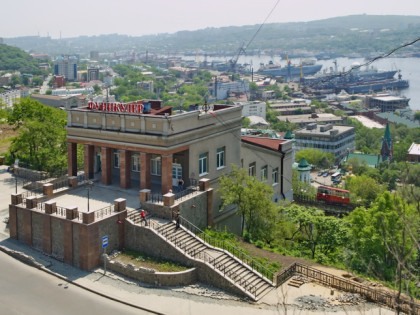 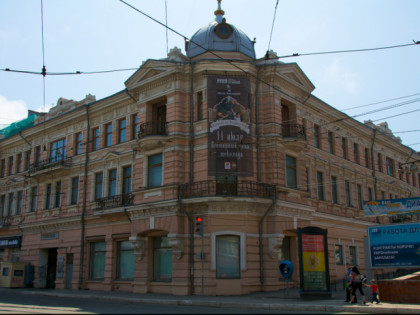 Vladivostok: a city where the east meets the west

Vladivostok is a city founded by travelers and servicemen, saturated with salty sea winds, surrounded by picturesque hills and dense forests. Here there are East and West, ancient architecture and modern technologies. The unique location of the city on the same latitude with Nice, Sukhumi, Varna and Sochi gives residents and guests of the city the amazing warm summer days and frosty sunny winters. However, it is best to come here from May to October. In these months one can spend hours walking around the historical center, going on boat trips along the coast and islands, visiting numerous festivals and tasting the popular dishes of Korean and Chinese cuisine here.

In 1859 the governor general of Eastern Siberia Count N.N. Muravyov-Amursky, exploring the north-west coast of the Sea of ​​Japan, discovered a magnificent harbor as if created for the port. On July 2, 1860 a ship with a company command of soldiers on board entered the bay with a poetic name Zolotoy Rog (Golden Horn Bay). These were the first settlers of the military post, which was called Vladivostok, that is, «The owner of the East.» Two years later the military post was renamed the port, and in 1880 Vladivostok was given the status of a city.

To protect the Russian Pacific Fleet from land and sea attacks, it was decided to turn the city into an impregnable citadel. Therefore they immediately started working on the construction of Vladivostok Fortress. The First World War prevented the completion of the construction. Nevertheless, the local system of defensive structures is still one of the most powerful ones in the world. Forts and coastal batteries, huge barracks and kilometers of tunnel trains attract the attention of tourists. The fortress is recognized in Russia as a monument of federal importance, although it is the only sea fortress in the country that has never been used for its intended purpose!

Vladivostok is a city that connects east and west. At the railway station there is a stele with figures «9288 km». This is the last kilometer pillar of the longest railway in the world. The great Trans-Siberian Railway, created by the will of Emperor Alexander III, connected the Far East with the European part of Russia. Its construction began in 1891 simultaneously from two sides: from Chelyabinsk and from Vladivostok. The final point of the highway is the Vladivostok Train Station — an architectural monument, one of the oldest buildings in the city, built in the style of the Moscow Yaroslavskaya railway station, the starting point from Europe to Siberia.

From the end of the XIX century Vladivostok gradually became a place of preservation and multiplication of the Russian culture in the Far East. Many pre-revolutionary museums, exhibition halls, art galleries exist in the city at present too. Unique monuments of history and archeology, nature and ethnography are kept in the Arseniev Museum of Primorky Region founded in 1884. Items from the expeditions along the region are exhibited in the Museum of archeology and ethnography. A unique collection of vintage cars and motorcycles of Russian and foreign brands is exhibited in the Automotive Antiques Museum, the only one in Russia. The Military and History Museum of the Pacific Fleet is unusual as it assembles a flotilla of famous ships and boats. On the submarine S-56 one can feel himself like a real seaman-submariner of the Great Patriotic War. While walking along the embankment it is worth to visit the only Dolphinarium in the Far East or to go to the Vladivostok Aquarium (Oceanarium) to get acquainted with the Pacific nature.

The historical center of Vladivostok is located along the Golden Horn Bay. There are many monuments of ancient architecture in the city. Among them are the Cathedral of the Intercession, the Brynner Mansion, the Former Siberian Flotilla Headquarter and the Far East State Technical University. From the observation deck of the Egersheld peninsula one can admire the lighthouse and see the Golden Horn Bay and Russky Island.

In 2012 two unique bridges appeared in Vladivostok. The Russky Bridge is the world’s longest cable-stayed bridge with a 1104 m long central span. It connects the mainland part of the city with Russky Island. Another unique bridge is Zolotoy Bridge which connected the two banks of the Golden Horn Bay. Its decoration was a pylon in the form of a letter V. A magnificent view of the bay and the Zolotoy Bridge itself opens from the windows of the trains of the only cable car in Russia, the length of the line of which is 175 meters. It lifts those who wish to climb the observation deck of the Eagle’s Nest Hill — the highest point of the city.

Vladivostok has much to offer to traveler-gourmets too. First of all, these are the seafood: caviar, crabs, scallops, oysters and trepangs. The mixture of the culinary traditions of Asian cuisine is peculiar to many restaurants of the city. Fans of fast food will definitely appreciate the local exotic — fragrant steamed pies with a filling of cabbage, minced meat and pepper called pyan-se. And lovers of sweet will certainly like the range of Vladivostok confectionary factory «Primorsky Konditer». Here the legendary candies «Ptichye moloko» (Bird’s Milk) are still made according to the old recipe. After all, in Soviet times these candies along with seafood were considered the most valuable gift from Vladivostok.

The cultural life is very active in the city by the sea. The International Film Festival of the countries of the Asian-Pacific region Pacific Meridian is held in Vladivostok every year. The main feature of the festival is an appeal to the films of the Asia-Pacific region. The National Folklore Festival «Maslenitsa Holiday» is bright and fun. The annual classic music festival «Far East Spring» and the International Jazz Festival, the Week of Fashion and Style «Pacific Style Week» and many other events are also very popular.

November 4, 2010 Vladivostok was awarded the honorary title «City of Military Glory.» However, this is not a tribute to previous achievements, because the city has preserved its military significance in the 21st century too. Now Vladivostok hosts the headquarters of the Pacific Fleet of the Russian Navy and а part of the ships are based here. Renewed and preserving the traditions of the past, Vladivostok cordially welcomes guests from all over the world today. It has much to show and tell.

Cafes, bars and restaurants in Vladivostok 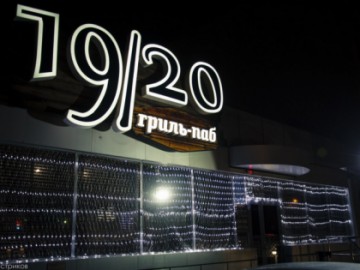 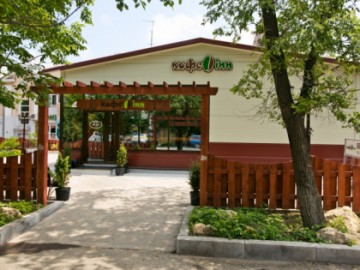 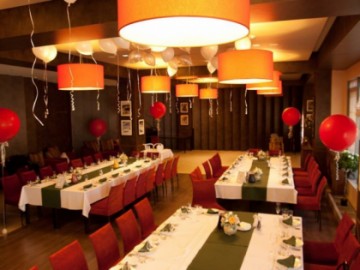 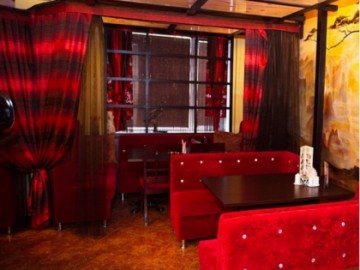 Places of interest in Vladivostok 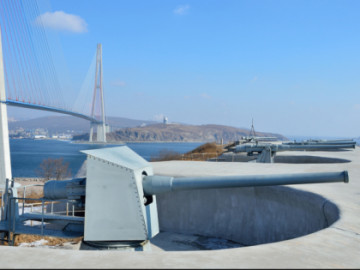 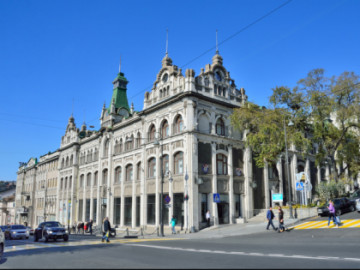 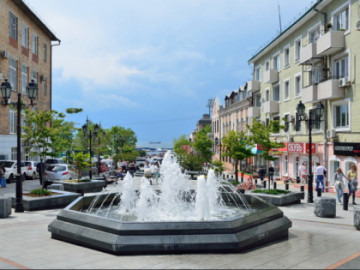 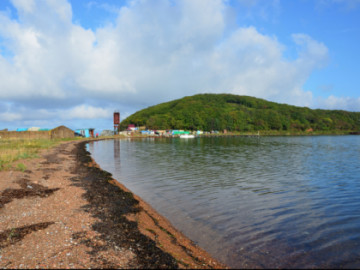 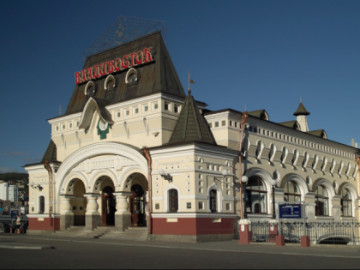 Train Station and station square: where the Trans-Siberian Railway ends 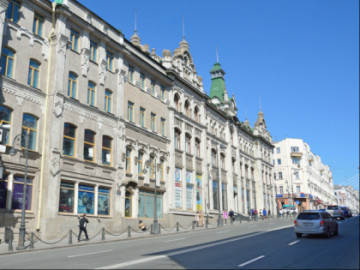 Aleutskaya Street which grew out of a forest clearing 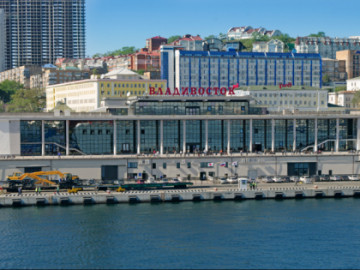 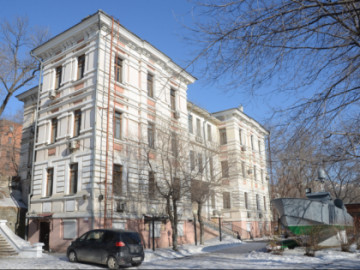 Museum of the Pacific Fleet
Museums and Exhibitions