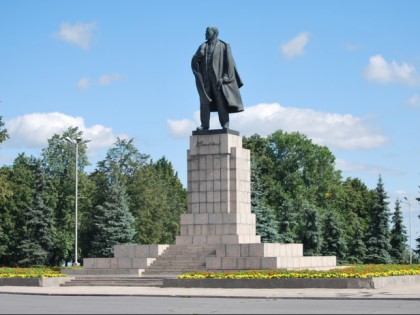 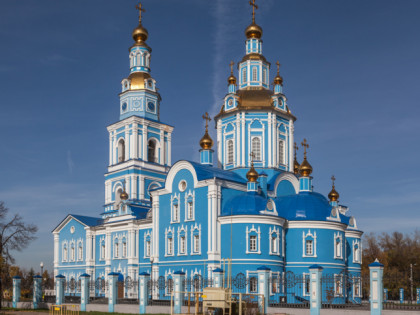 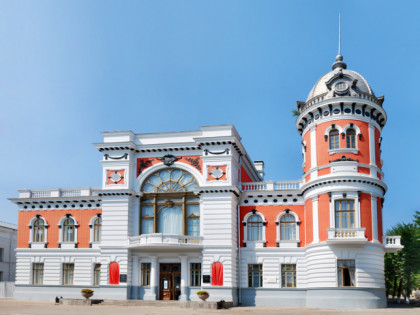 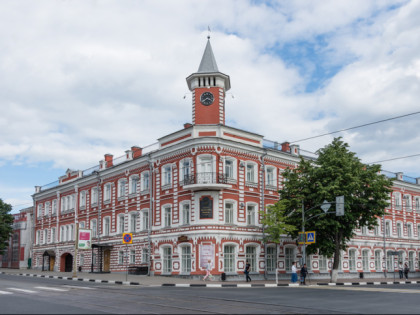 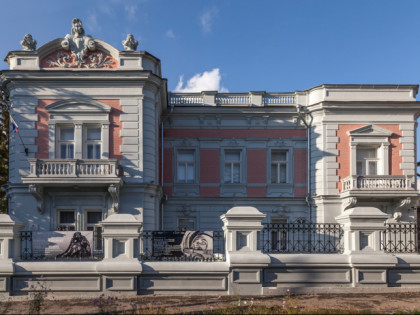 Ulyanovsk: the City of Lenin

Ulyanovsk is a city of records. Located on the banks of the Kuibyshev Reservoir, the third largest in the world, it is considered to be the port of five seas, as you can get from here to both the northern seas — the Baltic and the White, and to the southern ones — the Black Sea, the Sea of ​​Azov and the Caspian Sea through the Volga and the canals. Ulyanovsk is a major center of the automotive industry: the Ulyanovsk Automobile Plant (UAZ), the products of which were in demand abroad in Soviet times, has been operating here since 1941. But first of all Ulyanovsk is known as the homeland of Vladimir Lenin. There are many museums here dedicated to the leader of the world proletariat. The city is included in the tourist «Red Route», which goes in Russia through Lenin’s places. In brief, here you will surely find things to admire and learn. No wonder that in 2016 Ulyanovsk became one of TOP-20 Russian routes for summer travel!

The history of Ulyanovsk began in 1648, when the boyar Bogdan Khitrovo, on the orders of Tsar Alexei Mikhailovich, founded a fortress on a hill on the bank of the Volga River to protect the eastern borders of Russia from nomads. The fortress was named Sinbirsk (since 1780 — Simbirsk), and there is still no explanation for this name which would seem indisputable, or at least plausible. Most versions come down to the guesses that there first was a word of Turkic origin, which could hold different meanings: a sacred mountain, a solitary grave, the first border.

In 1780, Simbirsk was granted the status of a principal town of a province and began to flourish. The hill, on which the fortress stood, was a center of life. This part of the city was called Venets (Crown). Now this is a name of a boulevard, located in the same place. Agriculture, fishing, various crafts were well developed in Simbirsk, and also one of the largest fairs in the Volga region, Sbornaya fair, was held here. The city was an important cultural center: one of the first Russian theaters was opened here in the 18th century, and one of the oldest newspapers of the Russian province, «Simbirskiye Gubernskie Vedomosti», came out here in 1838. A great poet Alexander Pushkin happened to be in this city. Simbirsk is also the birthplace of an outstanding reformer of the Russian language Nikolay Karamzin, after whom a square in the center of the city and many other places were named. The name of Karamzin is inseparably associated with the history of the letter «Ё» (pronounced as YO): it was he who first used it in the press in his own journal «Aonian Sisters». There is even a monument to this letter in the city.

In 1864, Simbirsk experienced a tragedy: a terrible fire destroyed two-thirds of the city. However, it was quickly rebuilt. In 1869, Ilya Nikolayevich Ulyanov, who was appointed an inspector of public schools, moved with his family from Nizhny Novgorod into the restored city. Five of his six children were born in Simbirsk, including Volodya, known throughout the world as Vladimir Ilyich Lenin, the leader of the world proletariat. The Ulyanov family lived here for almost 20 years, and all the places related to them (the house where the future revolutionary was born, the Ulyanovs’ apartment which they rented, the house that was their property) are now part of the large-scale Lenin Memorial. The streets of the city also bear the name of Lenin, including one of the oldest streets, the former Moscow Street, and now Lenin Street. Thus, here Lenin walked along Lenin Street, suspecting nothing: because then he was Ulyanov and the street was called Moscow Street. It is no wonder that «V.I. Lenin’s Homeland» State Historical and Memorial Museum Reserve is located on this street.

Lenin’s places during Soviet times were the most visited in Ulyanovsk, both for compatriots of the revolutionary leader and for foreigners. Motor ships, making a tour down the Volga, stopped here several times a week, enabling thousands of tourists to get acquainted with the place where the future revolutionary was born, studied and grew up. The name of Lenin and everything that was associated with him here was the city’s tourism brand at the time. Simbirsk was renamed in honor of the revolutionary leader only after his death, in May 1924. In the post-Soviet era, Ulyanovsk escaped renaming. First, as is argued by Ulyanovsk local historians, the origin of the old name — Simbirsk — is still unknown, and so there is no reason to give the city a name the meaning of which is incomprehensible. Secondly, little is left in modern Ulyanovsk from the old Simbirsk: the city differs too much from its pre-revolutionary appearance. However, many local companies use derivatives from the word Simbirsk in their names. Thus, the balance is anyway stricken.

During the Soviet era, Ulyanovsk lost virtually all the churches. The most notable churches, like the Holy Voskresensko-Germanovsky Cathedral, were restored or rebuilt as late as in our time, like the Holy Ascension Cathedral (Spaso-Voznesenskiy Cathedral). Ulyanovsk today is a large industrial center, having become famous in Soviet times for UAZ factory, where the legendary UAZ off-road vehicles rolled off the assembly line, and the AVIASTAR aircraft factory, which produced the most powerful «Ruslan» military transport aircrafts. But today Ulyanovsk is not a harsh industrial city. The cultural life is also well developed here. For example, the city annually hosts the International Film Festival «From the Bottom of the Heart».

Ulyanovsk has preserved recipes of pastry typical for the Volga region. Here you can taste pies filled with meat, potatoes and cereals. One such hearty patty can satisfy your hunger. Some public catering facilities in the city serve real Russian pancakes. And, by the way, even the special Simbirsk pancakes from buckwheat flour are mentioned in the old Russian culinary books. And, of course, tasting of fish dishes — different types of fish soup and fried fish is a must in Ulyanovsk like in any city on the Volga.

Although Ulyanovsk has not been included in the list of the 2018 FIFA World Cup host cities, Ulyanovsk Oblast acts as one of the training bases. The main site is the «Trud» stadium. Long before the start of the football tournament it has become clear that the city’s hotel room capacity enables to accommodate not only the trainee athletes, but also football veterans, match officials and tourists who plan to combine the attendance of matches with travelling across Russia. After all, Ulyanovsk is a link between the cities of Saransk, Samara and Kazan, which were selected to host the 2018 FIFA World Cup.

Despite the fact that the splendor of the «Lenin’s Homeland» brand has somewhat faded for Ulyanovsk, the city still remains an interesting point on the map of Russia. Great spaces of the Volga, the Riverside Station, places of Lenin and museums devoted to the history of education development in Russia — something of this will surely pick a traveler’s interest and will open the city from an unexpected side.

You can get from Moscow to Ulyanovsk by train (from 14 to 17 travel hours) or by air (about an hour and a half) with the arrival at the airport «Vostochny». You can also get here by buses from Samara, Saransk or Kazan: the way time will make up from 4 to 5 hours, while a train ride will take much more time.

Cafes, bars and restaurants in Ulyanovsk 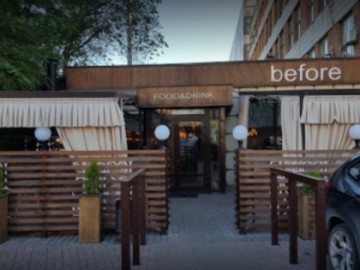 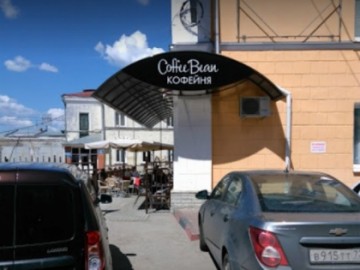 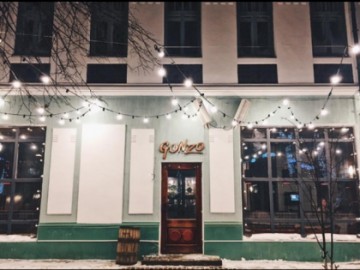 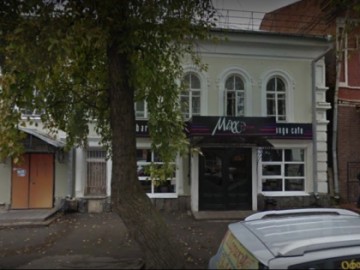 Places of interest in Ulyanovsk 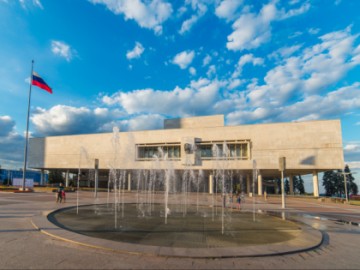 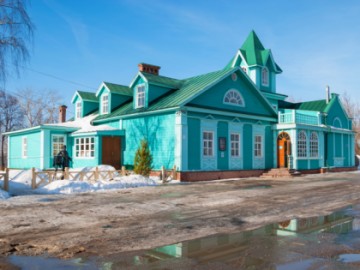 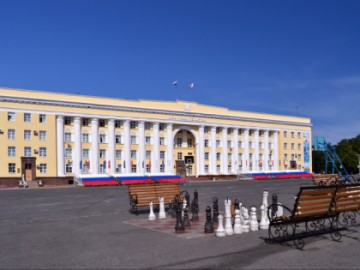 Novy Venets Boulevard and a Monument to the Letter “Ё”: the Main Places in the City 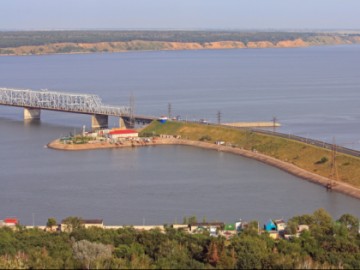 Imperial Bridge with a Heavy Fate 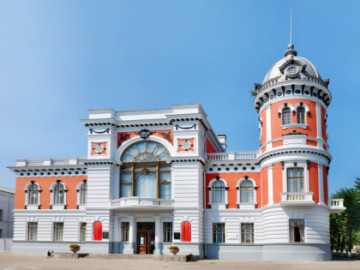 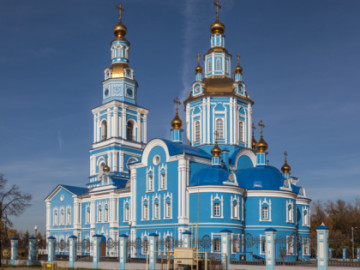 The Holy Ascension Cathedral - the Pearl of the Simbirsk Diocese 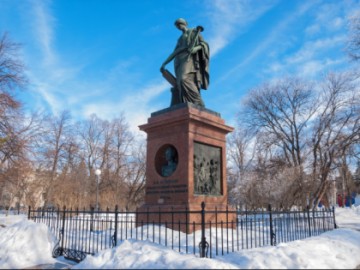 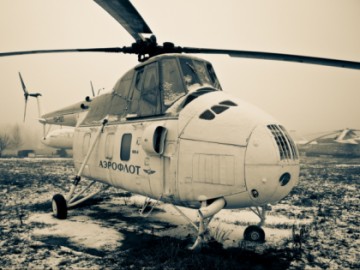 Museum of History of Civil Aviation
Museums and Exhibitions

Nearby
Cities near Ulyanovsk
Samara