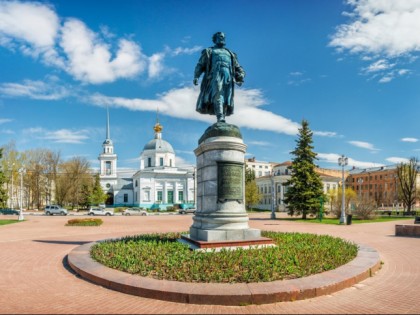 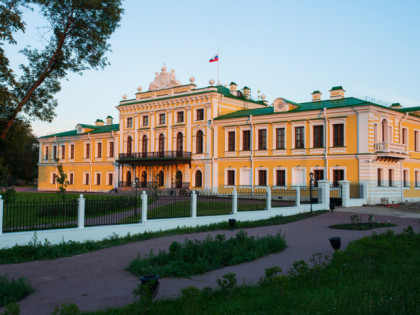 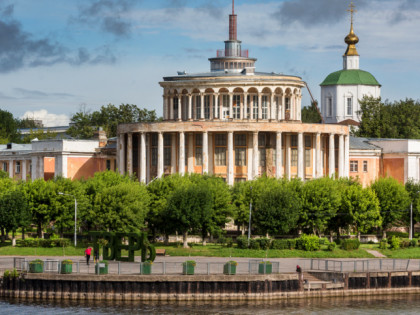 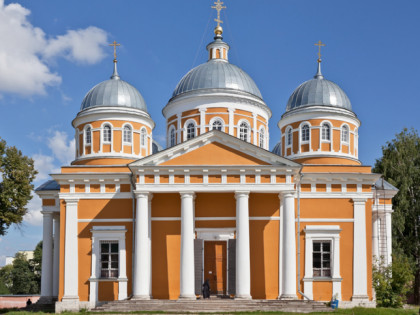 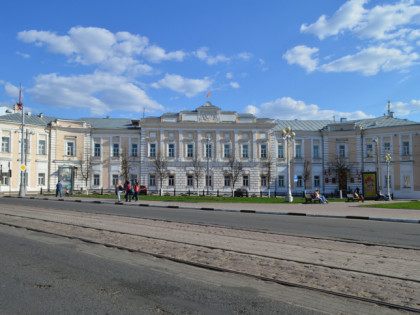 Tver - a city near three rivers

Tver is a neighbor of Moscow. It is separated only by 177 kilometers from the capital city. By Russian standards, the distance is very small. Today people come here to take a walk along the embankments along the Volga, to enjoy the clean air, to look at the preserved two-story mansions of the 18th century, to look at the luxurious Imperial Road Palace, where the Empress Catherine the Great once stayed, and to taste Tver choryg — a fish dish prepared in Russia only in Tver.

There are several versions of the foundation of Tver. According to one of them, Tver appeared as a tiny village on the bank of the Tvertsa River. According to the second version, Tverd (that is, the fortress, stronghold) was founded by the Prince Vsevolod III Vladimirski. In the annals Tver was first mentioned in 1135. Thus, the city is by 12 years older than Moscow! Occupying a favorable position on the trade route between Moscow and the northern lands of Russia, this city grew rapidly in the 12th-13th centuries. For a long time it was the capital of the Tver principality and only at the end of the 15th century it became part of the Moscow state and found itself in the shadow of Moscow. Since then Tver and its inhabitants live in their leisurely rhythm, not forgetting about the great past and not chasing the two capitals, Moscow and St. Petersburg, the route between which passes through the very center of the city.

The Tmaka and Tvertsa rivers flow into the Volga, dividing the city into four parts. The oldest part of Tver, which in the XVII-XVIII centuries received classical provincial buildings, lies between the Volga, the Tmaka and the Lazur River, from which only a few ponds have now remained. Three streets — Sovetskaya, Novotorzhskaya and Volnogo Novgoroda form the «Versailles trident», «donated» to the city by Catherine the Great and architect Nikitin after the devastating fire that destroyed the old Tver in 1763. Here and on the Embankment of Stepan Razin one can look at the beautiful samples of ancient architecture. The Trekhsvyatskaya Street, perpendicularly running from the Volga River, should be also visited. Its pedestrian section from Novotorzhskaya Street to the bank of the Lazur River is a favorite place for walks of citizens and guests of Tver. Here one can see beautiful two- and three-story houses, street artists’ performances, and sales of paintings by local artists with views of Tver, as well as cafes and restaurants. Here, on Trekhsvyatskaya Street one can buy local souvenirs — handmade wooden utensils, carved boards and things with linen embroidery.

Small Tver is a green city. There are a lot of squares, fountains and embankments here. The building of the railway station has a botanical garden. Surprising number of bridges — more than 30! This number is a lot for such a small city, although urban specialists believe that there are not enough crossings in the city. In addition, new bridges have not appeared here for the last 25 years, and the old ones often do not cope with the increased traffic. And industry is growing in the city. There is a car building plant in the city, companies that produce bakery equipment, elevator equipment and many others.

One of the most famous factories of the city is the «Volzhsky pekar». Its products — buns, muffins, cheesecakes, puffs, wafers and gingerbread — can be found not only in Tver, but also on the shelves of many Moscow stores. Tver has long been famous for pies and cakes. Once upon a time, eight factories in Tver used to produce stamped gingerbread with mint flavor and snow-white glaze. However, Tver cuisine is known not only for baking. The city stands on the Volga River and therefore one can taste a variety of fish dishes here, which became the basis of the Tver cuisine. First and foremost, is choryg of Tver — a dish of fish, which is cooked and served only in Tver restaurants. Fish fillets are first dumped in flour and fried, then poured with a mixture of eggs whipped with milk and baked in the oven. When serving the dish they sprinkle on top with a green onion. It is also curious to taste the Tver cabbage soup — shchi, special Tver bread — zhben, and Tver foamy decoction — vzvar.

Modest Tver with its Volga expanses, XVIII century architecture, embankments and ancient churches is always happy to meet guests. Here the run of time slightly slows down, and monuments and houses return a person to the history of the city and its inhabitants.

Tver is located between Moscow and St. Petersburg. From Moscow it is easy to reach Tver by train from the Leningradsky railway station (the journey time is 2.5 hours). High-speed «Sapsan» train, running between Moscow and St. Petersburg, also makes a stop in Tver. One can get from Moscow to Tver on the «Sapsan» in an hour and half. The trip from Moscow to Tver by car along the M-10 highway takes 3.5 hours. There are also regular buses from Moscow to Tver from the Three Stations Square and Shchyolkovsky Bus Station. One spends 3 hours at the high-speed «Sapsan» to get from St. Petersburg to Tver, and 6-7 hours at long-distance trains. The trip by car will take about 6-7 hours (distance 485 km). There is no airfield in Tver.

Cafes, bars and restaurants in Tver 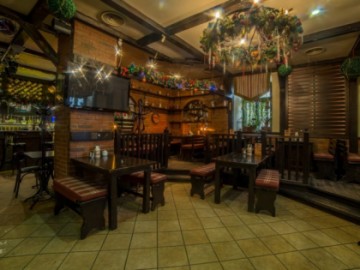 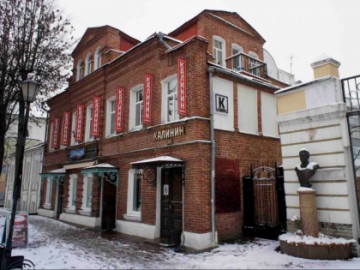 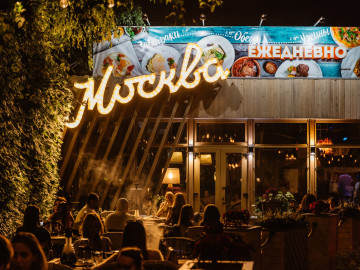 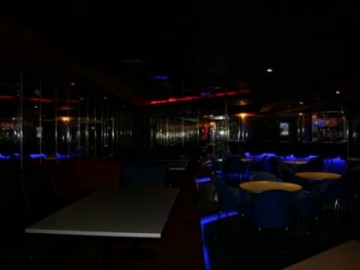 Places of interest in Tver 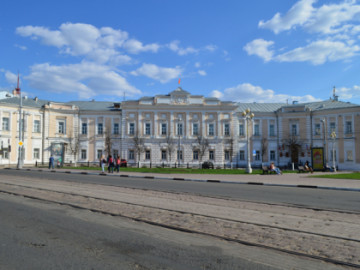 Sovetskaya Street and its history 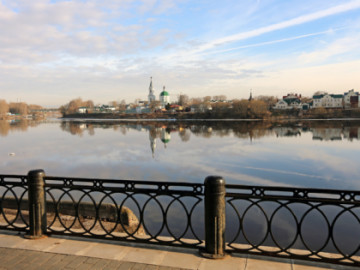 Embankment of Stepan Razin
Other places

Embankment of Stepan Razin: a walk in the XVIII century 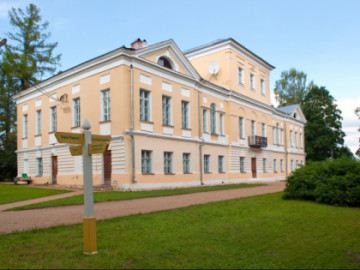 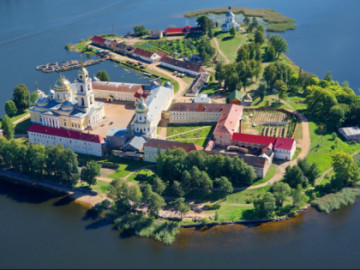 Nilovo-Stolbensky desert: a monastery on the island 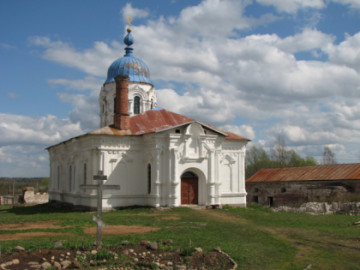 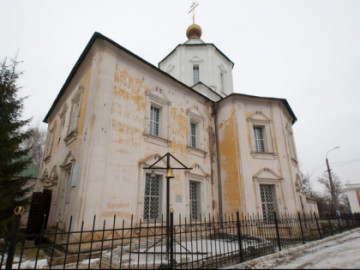 Cathedral of the Assumption (Uspensky Sobor) and river station: at the confluence of the two rivers 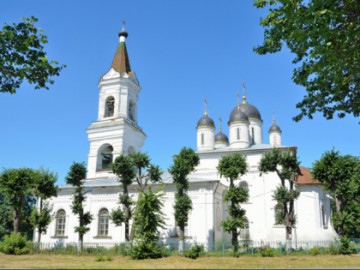 The Church of the White Trinity: both the fortress and a place for hiding 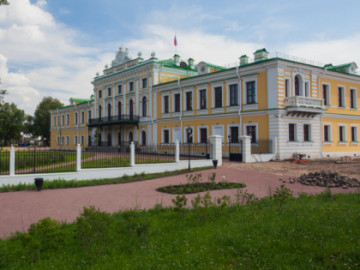 Nearby
Cities near Tver
Dmitrov