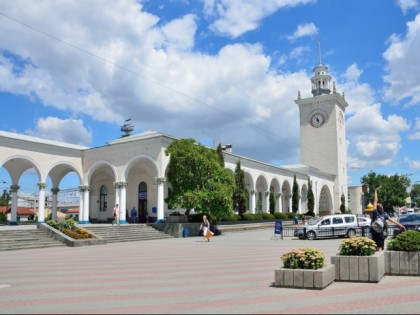 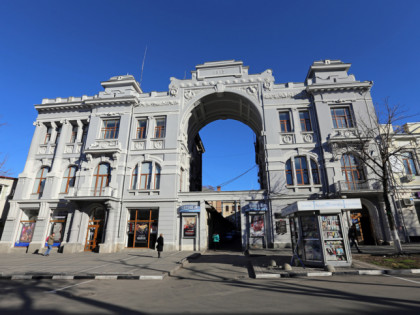 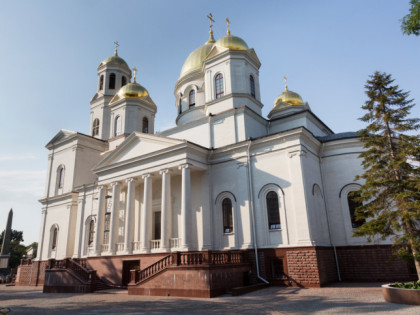 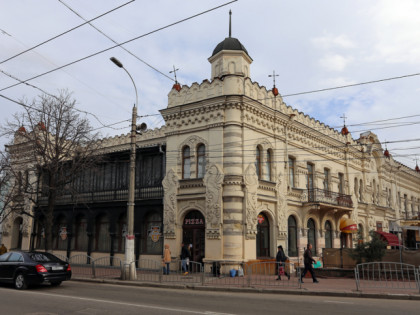 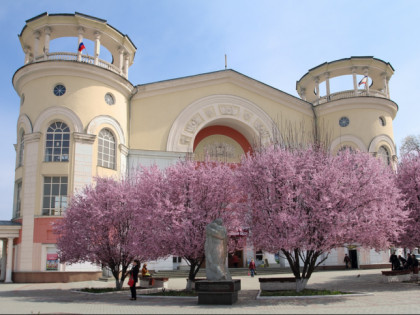 Simferopol - the Capital of the Crimea and Taurida

Simferopol has always been considered the gateway of Crimea. For two thousand years the travelers came here and rapidly went on farther, to the sea and the mountains. Undervaluation of Simferopol against the background of other Crimean cities is a great injustice. Being one of the most beautiful provincial cities of the Russian Empire, it retained its architecture, despite the wars and destruction. Perhaps, you will fail to uncover all the secrets of the ancient capital of Crimea, but a minimum program will enable you to feel its spirit, to look at the ancient Scythian Neapolis and appreciate the syrup from rose petals.

Simferopol is the heart of the ancient Crimea, a city where the early Greeks «collected» people (Sympheropolis translated from the Greek means a «city of common good»). It has always been the capital of Taurida (the Crimean peninsula was so called in ancient times and the Middle Ages). The city stands on the rocks of Scythian Neapolis, the capital of the Scythian kingdom of the times of the Golden Horde and Aqmescit — a town that emerged here during the Crimean Khanate. Simferopol has two birthdays. The decree «On the Administrative Structure of the Taurida Region» was signed by Catherine II on February 8, 1784, and this day is officially considered the date of foundation of modern Simferopol. However, the City Day is celebrated on the first Sunday of June, as it was in June of 1784 that the first houses were erected in the city, where the Russian and Ukrainian settlers began to take up their residence.

The most ancient quarters can still be seen in the territory of the Old City (it is formed by Lenin, Krasnoarmeiskaya, Krylov and Sevastopolskaya streets). Here you can find cob walls and narrow intricate side streets of the town of Aqmescit. A completely different picture opens a hundred meters from here: a regular «Catherine» development with a characteristic rectangular network of streets and identical two-story houses. In the XIX century, Simferopol became a real provincial city, where theaters, museums, gymnasiums and temples were built and public parks were made. Despite the tempestuous history of Crimea in the twentieth century, unique historical buildings have been preserved here, the walls of which remember the great men. In particular, the great Russian actors M.S. Schepkin and O.L. Knipper-Chekhova performed on the stage of the Simferopol Theater at different times; D.I. Mendeleev was a teacher of Simferopol boys’ gymnasium in 1855.

A walk through the center of Simferopol can take a whole day. And you will need several days to go all over the «locations» associated with the Simferopol city legends, starting from the railway station forecourt. Here you can find huge wine cellars under the central streets, ancient mansions in Pushkin Street, beautiful entrances and windows of noble manor houses and a giant 750-years-old oak «Bogatyr Tavridy» («Hercules Tauris») in Salgirka City Park. As legend has it, this tree is a prototype of the oak tree from Pushkin’s fairy tale poem «Ruslan and Lyudmila» («There is a green oak-tree by the Lukomorye,...»). It is known that in 1820, young Pushkin spent a whole week in Simferopol, so he might well see this powerful tree and use its image in his poem. And those who are fond of history and archeology, can visit the Archaeological Museum of Simferopol, walk through the ruins of the ancient city of Scythian Neapolis and look in the Central Museum of Tavrida.

In order to take a break and make a light meal, you better pay attention to the establishments with Crimean Tatar cuisine, with its most famous dish Chebureki (meat pastry). These are big fried pasties from thin unleavened dough, stuffed with moist meat. Chebureki are fried in a lot of oil and usually eaten with fingers. Other interesting patties are called Yantik. This traditional dish of Tatar cuisine is less known, although these are the same Chebureki. Yantik is baked in a dry frying pan and then greased with melted butter. There are numerous options of Yantik: classic with meat, with cheese and tomatoes, with potatoes and creamy cottage cheese. There is even a monument installed to Yantik in a small town of Belogorsk, 40 kilometers from Simferopol. When walking though Simferopol, don’t fail to taste the branded local syrups from rose petals. This delicacy can also be a great souvenir from the Crimea.

Crimea and its capital Simferopol are beautiful in all seasons. Here, winter and spring may well compete with a classic summer holiday, when you can well afford to spend time on numerous museums of the city. The autumn season here will be interesting for the jazz buffs. In November 2016 Simferopol hosted the concerts of the first autumn Crimean International Jazz Festival, with the participation of musicians from the USA, Brazil, Switzerland and Russia. Organizers hope to make it annual, so now the mellow season in Crimea will be even more interesting.

The simplest and quickest way to get to Simferopol is by plane. The international airport «Simferopol» accommodates flights from three Moscow airports (Domodedovo, Sheremetyevo and Vnukovo), from St. Petersburg, Yalta, Tyumen, Chelyabinsk, Novosibirsk, Krasnodar, Kazan and Yekaterinburg. The flight from Moscow will take 2 hours and 40 minutes. The airport is 10 km from the city center. You can get to other cities (Yalta, Sevastopol, Alushta, Saki and Yevpatoria) and sanatoriums of Crimea from Simferopol railway station by Fly&Bus auto-express. The time of departure and arrival of buses is mated with that of airplanes (including night flights).

Cafes, bars and restaurants in Simferopol 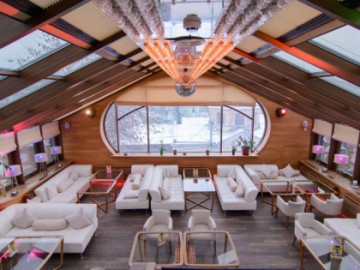 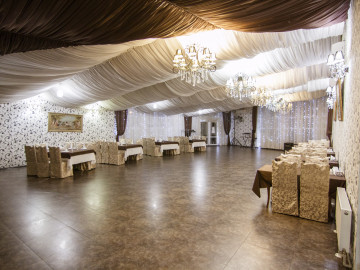 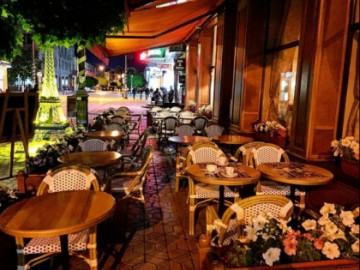 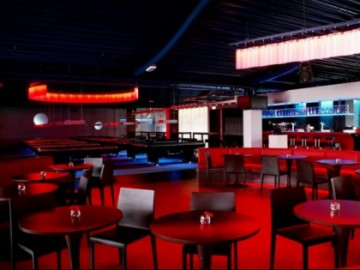 Places of interest in Simferopol 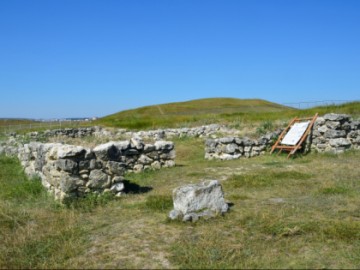 Scythian Neapolis: Unique Evidence of the Life of an Ancient City 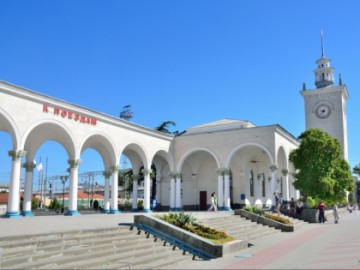 Simferopol Railway Station: A Water Tower and a Strange Clock 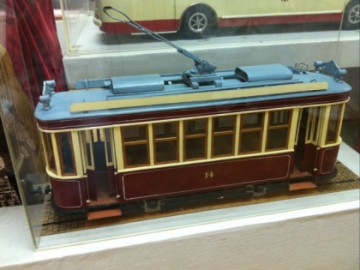 Museum of the History of Electric Transport: To the Black Sea by Trolleybus 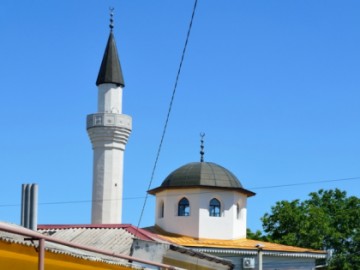 Kebir-Jami Mosque
Other places • Temples and places of worship • Mosques

Kebir-Jami Mosque - the Main Spiritual Center of Muslims in Crimea 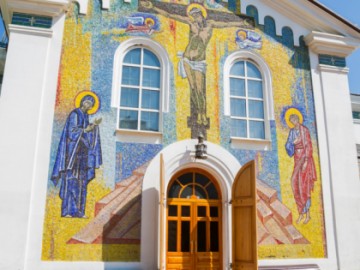 Holy Trinity Convent with the Relics of St. Luke 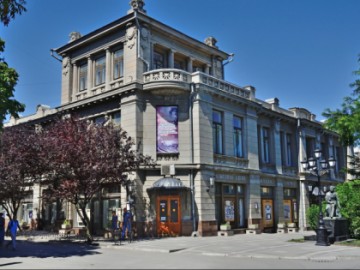 Nearby
Cities near Simferopol
Yalta