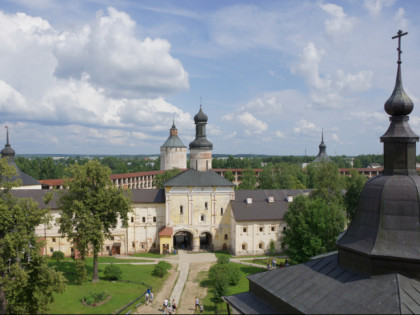 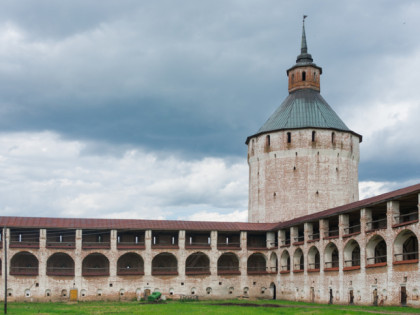 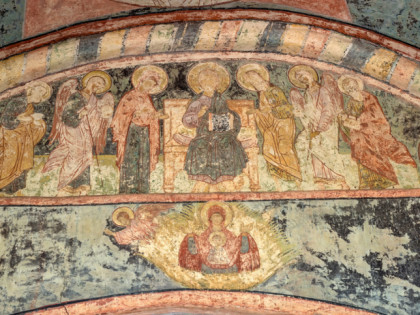 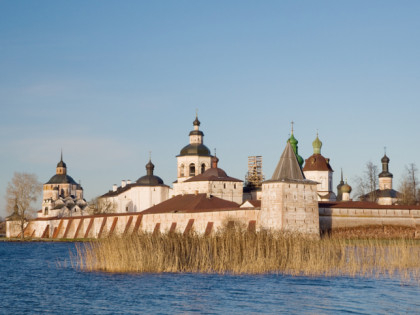 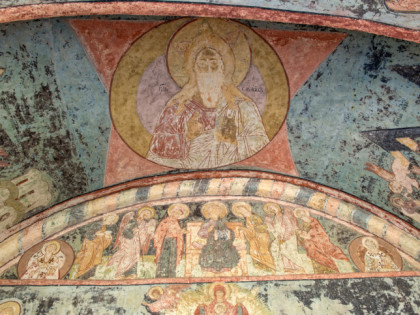 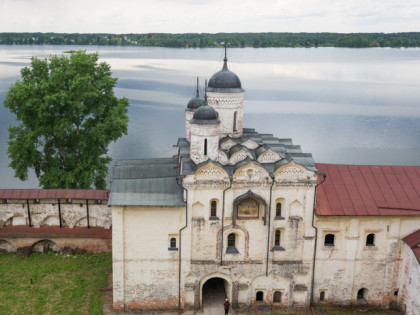 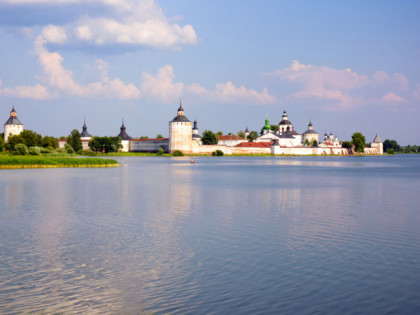 The Kirillo-Belozersky Monastery was founded on the shore of Lake Siverskoye in 1397 by Kirill the Belozersky (Kirill of Beloozero), the former archimandrite of Moscow Simonov Monastery. Now the monastery is located within the limits of the town of Kirillov, 130 kilometers to the north-west of Vologda.

The Church of the Assumption of the Blessed Virgin was the first to be built on the territory of the Kirillo-Belozersky Monastery. Now here stands the Assumption Cathedral of the late XV century, the first stone church in Belozerye with the original iconostasis. In the 1450s, the monk Nil Sorsky, a saint Non-possessors, the founder of the first Nilo-Sorsky Pustyn in Russia, took monastic vows here. In the 16th century, Tsar Ivan the Terrible visited the monastery many times. His special favour was explained by the fact that it was here where his parents, Tsar Vasily III and Princess Elena Glinskaya offered prayers for giving them an heir son in 1528. By the decree of Ivan the Terrible, the church of Kirill (Cyril) was erected over the monastery founder’s grave in the late 16th century. Other churches were built in the same century, making the monastery the largest in the Russian North. The monastery flourished due to the lands received from the Tsar, as well as credit for salt extraction and fishing. In addition, the monastery became a significant economic center, as many trade routes laid through it to the north, to the White Sea. However, the culture did not remain here forgotten either. In the XV century the monastery was considered one of the richest book centers in Russia. In the XVII century, the Kirillo-Belozersky Monastery was surrounded by powerful fortifications by the decree of Tsar Alexei Mikhailovich. And in 1612-1613 the monastery was able to withstand the attack of Polish and Lithuanian troops. In 1924 it was granted the status of a museum-reserve. The restoration of the monastery began in the 1950s. The wooden church of the 15th century and a mill of the XIX century were transferred to its territory. The monastery keeps the miraculous Icon of the Mother of God Hodegetria, brought by the monk Kirill from Moscow, and the Assumption of the Virgin Mary Icon by the greatest Russian icon painter Andrei Rublev. The interior of the monk’s cell of the 17th century is restored in the Bratsky block of the monastery. In the museum you can see a collection of bells of the XVII-XX centuries and over one hundred manuscript books, some of which are almost 600 years old. Since 2014 the monastery has been divided between the church and the museum.

Have you been here?
Click to rate Kirillo-Belozersky Monastery: 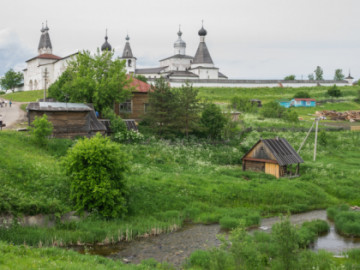