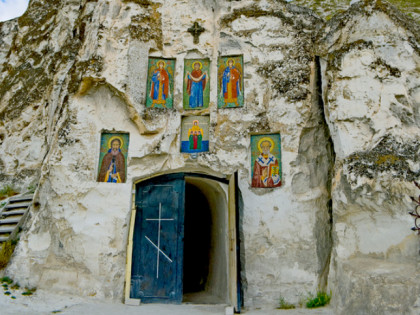 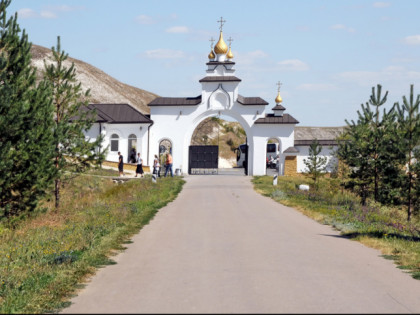 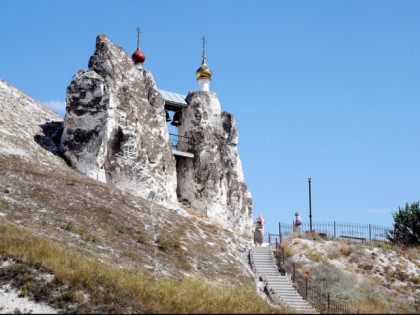 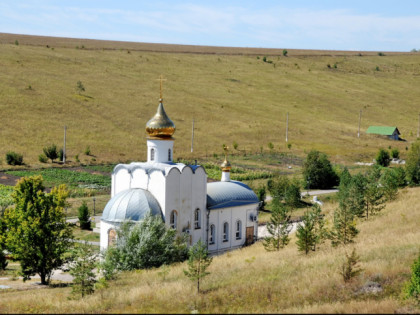 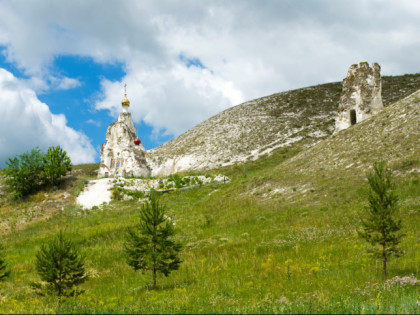 The Holy Saviour Convent is a popular pilgrimage place for Christians from all over Russia and from abroad. It appeared in the XVIII century, but the area where it is located, attracted people much earlier. The fact is that the village of Kostomarovo, located 150 km south of Voronezh, stands at the foot of the Chalk Mountain, inside which cave temples originated. Historians are convinced that Christians could have appeared here back in the VIII century.

The Spassky Temple is the heart of the entire complex of the Holy Saviour Convent. The vault of this huge cave stands on 12 chalk pillars. Several cells for hermits have been preserved within the walls of the mountain. Another cave is known as the Cave of Penance. Believers had been entering it through a long corridor, the ceiling of which was gradually descending, so those walking along it had to bend their heads. Confessions were held in this cave. The Soviet authorities closed the temples in the 1930s and tried to blow up and flood the caves in the 1960s, but the pilgrims continued to return to these places. In 1997, three nuns settled here and founded the Holy Saviour Convent. A land-based temple in the name of the icon of the Most Holy Theotokos currently stands near the caves, as well as a building with cells for nuns is being built.

Have you been here?
Click to rate Holy Saviour Convent: