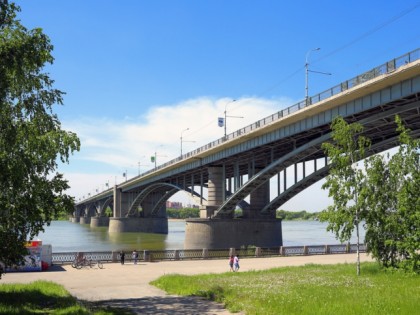 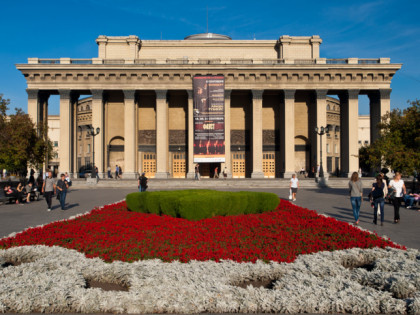 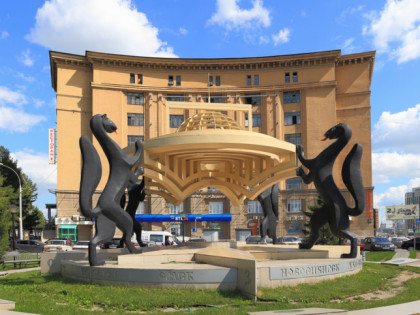 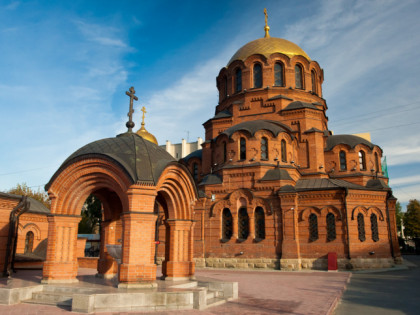 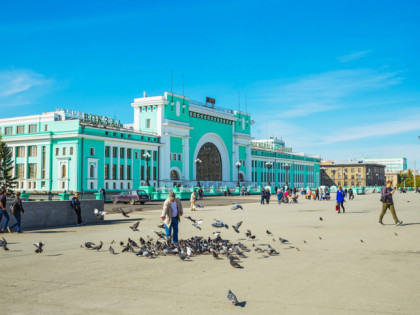 Novosibirsk, the unofficial capital of Siberia, is the third most-populous city in Russia after Moscow and St. Petersburg. Moreover, it is the most fast-growing city in the country. The mark of one million inhabitants was surpassed here in just 70 years, breaking the record of Chicago. Being the largest industrial center, home to the famous Yak, MiG, Su fighter aircrafts and one of the leaders of the Russian scientific life, Novosibirsk also boasts of the largest theatre in the country and the status of the cultural capital of Siberia.

Novosibirsk owes to Alexander III its existence. This emperor issued a decree on the construction of the Trans-Siberian Railway, which has become the longest railway in the world. The monument to Emperor and part of the first railway bridge over the Ob River, from which construction of the city started, can currently be seen in the park «Gorodskoye Nachalo». But the official history of Novosibirsk is traced back to May 1893, when the construction of the railway bridge over the Ob River started near the village of Krivoschekovo. Prior to joining the Trans-Siberian Railway, local residents were mainly engaged in the fur trade. The settlement, which grew due to the bridge builders, was named Alexander in 1894, in memory of the defunct emperor. But a year later it was renamed in honor of the new Tsar Nicholas II and became Novonikolayevsk. In 1903, the settlement was granted the status of a city by the emperor’s decree.

In 1909, a four-day extensive fire happened in the city, which destroyed about 800 houses. Therefore, only 47 wooden houses of the late XIX century — early XX century have been preserved in Novosibirsk since then. Today, they are woven into the modern urban development and surprisingly make the streets cozy and tranquil. Among the examples of old wooden buildings is the Church of the Intercession of the Holy Virgin and a girl’s high school of 1902 in Chaplygin Street. One of these landmarks in Gorky Street currently houses two museums — the Museum of the USSR and Siberian House of the Fairy Tale Museum. When in Novosibirsk, be sure to get to know the origins of the Siberian wooden architecture in the Historical and Architectural Open-Air Museum.

After the fire, the houses in the city started to be built with the first bricken floor and the second timbered floor. The Merchant Club of 1914 (now the «Red Torch» Theatre) — the first building in the city with an audience space, Nikitin House of 1915 in Sibrevkom Street and the modern Post Office building were built in this style. The geographical position at the intersection of the shipping Ob, the Trans-Siberian Railway and the Altai railway ensured the prosperity of Novosibirsk. The city was given a new impetus in 1921, when state institutions moved here from Omsk. And in 1925 Novonikolayevsk was renamed Novosibirsk.

In 1920-1930s, construction activities took place in the center of Novosibirsk, also on the left bank of the Ob River. The fine examples of the Soviet constructivism of that era — a residential «House with Clock» and a neoclassical Stokvartirny House (A 100-Flat Building), which was awarded a Grand Prix at the Exposition Internationale des Arts et Techniques dans la Vie Moderne in Paris in 1937 — can currently be seen on the Krasny Prospekt (Red Avenue).

Novosibirsk HPP was built in 1950. It resulted in the appearance of a 220 km long reservoir, which locals call the Ob Sea. The golden sandy beaches and a magnificent pine forest make it a favorite place for the citizens’ summer rest. In late July, bikers from around the country gather on the beach at the «Ob Wave» Festival, and the aircraft lovers — at the «Mochishe» Air Show at the suburban airport.

An Academic Town (Akademgorodok) appeared in Novosibirsk in 1963. It is a quiet district surrounded by forest, with dozens of scientific institutes, dwelling houses for employees and student dormitories. Thanks to close cooperation of scientists, interdisciplinary research in all branches of the fundamental science is actively developing in Novosibirsk.

The eye-catching in the center of Novosibirsk is the State Academic Opera and Ballet Theater, which is the largest in the country and which has multiply earned the prestigious «Golden Mask» award for its performances. There is the Novosibirsk Zoo in the northern part of the city, with a Dolphinarium and Pengvinarium being the most distant in the world from the seas and oceans. Employees of the Zoo have managed to breed a new species — liliger. The towers of the Novosibirsk Planetarium offer a beautiful view of the city’s southern part and the Ob Sea.

Novosibirsk surprises its visitors with unusual museums. The Museum of World Funeral Culture, which is exclusive to Russia, tells about the funeral traditions of different countries. The Museum of Sun exhibits images of solar symbols from around the world, and the Museum of Happiness attracts good luck by the collection of talismans and amulets. An extensive exposition of the Siberian Birch Bark Museum reminds of the traditional local craft.

Many attractions, including the Chapel of St. Nicholas, are conveniently located along the Krasny Prospekt, the main street of the city. It is unofficially considered to be located in the center of Russia.

Another unique feature of the city is the numerous street-art facilities. In the streets of Novosibirsk you can find such sculptures as «Business Woman,» «Buying Scene,» «Happiness is built», «Don Quixote», a Monument to Peter and Fevronia, the patron saint of family happiness, love and fidelity, and even a Monument to the Sausage.

For historical reasons, the local Siberian cuisine is famous chiefly for the fish dishes. For example, people here were much fond of such a dish as «chush»: thin chips of a fresh frozen fish, which is eaten raw with onions, salt and pepper. Pelmeni (meat dumplings), made of several types of meat: beef, pork or lamb and poultry, is also a traditional Siberian dish. Worth tasting are the local pirogi (large pies), which are baked and fried with different fillings: fish, cranberries, meat, vegetables, yoghurt cheese, mushrooms, cabbage and eggs. Local delicacies include spicy wild garlic, dried mushrooms and Siberian pine nuts.

You cannot feel bored in Novosibirsk. The Philharmonic Hall hosts the classical music stars at the Trans-Siberian Art Festival in March-April, and in early May the townspeople take part in the street carnival «Monstrations». The Day of the city is celebrated in Novosibirsk on the last Sunday of June, and the International Siberian Snow Sculpture Festival is held here every year in December since 2000. And do not be afraid of the harsh Siberian climate! The summer heat will be smoothed by the Ob Sea and the scenic pine forest, and in winter you will get warm by the festivities in the «town of ice and snow» and by hot pelmeni!

The railway connects Novosibirsk with the whole country, from Moscow to Vladivostok. Those who prefer a faster travel mode to the adventure by the Trans-Siberian Railway, can avail of the Novosibirsk International Airport «Tolmachevo», the largest in Siberia. You can arrive here not only from various cities of Russia, but also from Beijing, Bangkok, Shanghai, Munich and Prague. The flight from Moscow to Novosibirsk lasts about four hours.

Cafes, bars and restaurants in Novosibirsk 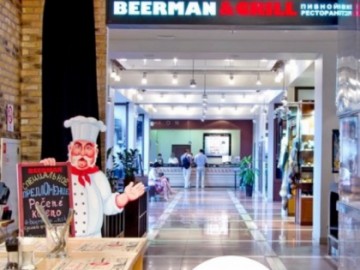 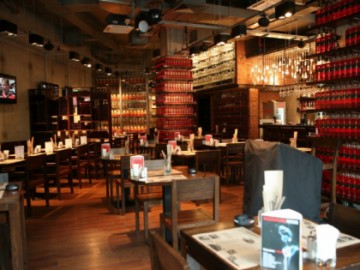 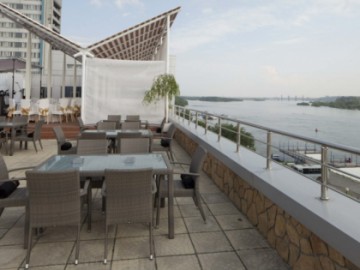 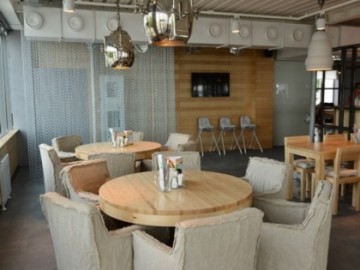 Places of interest in Novosibirsk 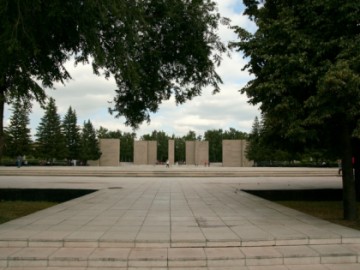 Park of Glory
Other places

Park of Glory and the Weapon Alley – A Site of Commemoration 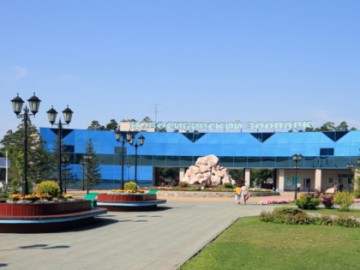 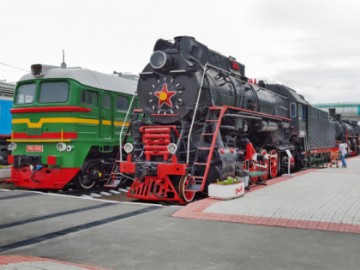 Museum of Railway Equipment
Museums and Exhibitions • Other places

Novosibirsk Museum of Railway Equipment, or a Transport Fairy-tale 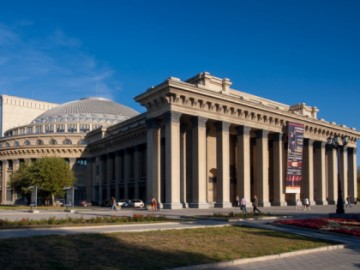 Opera and Ballet Theatre
Other places 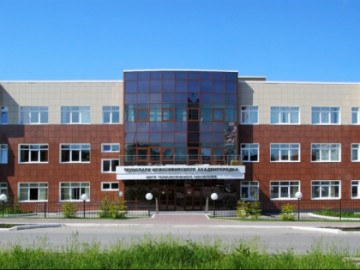 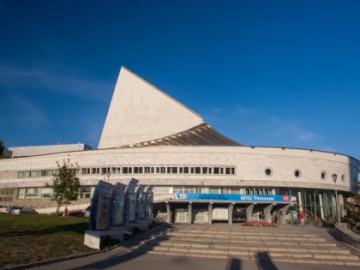 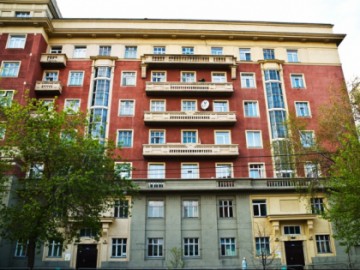 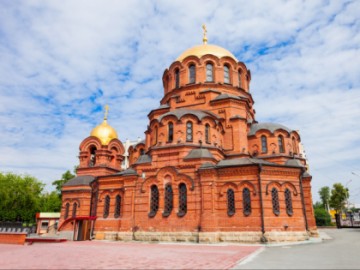 Nearby
Cities near Novosibirsk
Tomsk