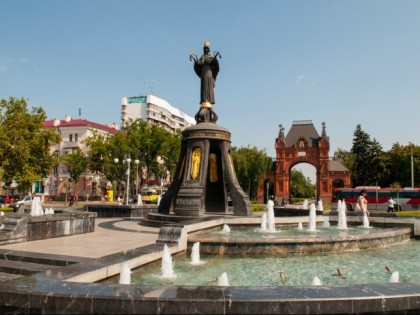 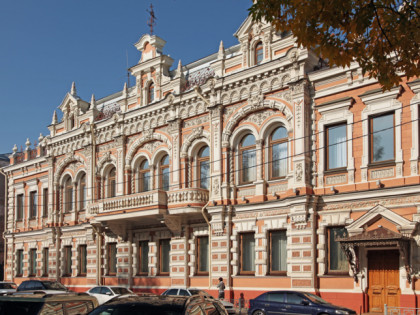 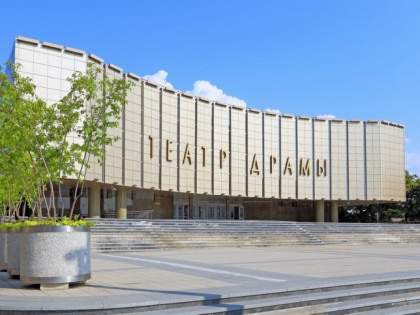 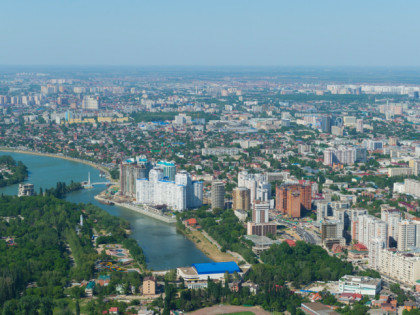 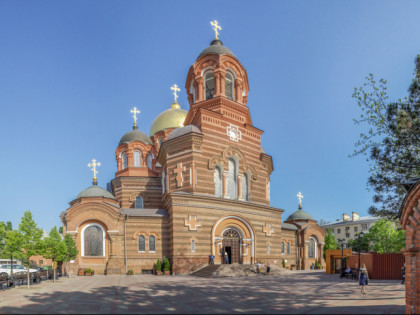 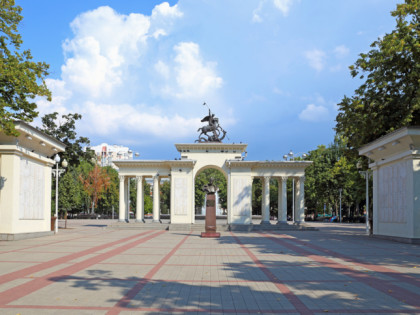 Krasnodar — the Capital of Kuban

Krasnodar is a city where the national Kuban traditions amazingly harmonize with the tempo of modern living. The city is considered one of the most successful in Russia and is recognized as the most beautiful among the cities of the south of the country. Sometimes it is even called the southern capital. It is always hot here in summer, and winters are warm and snowless, that makes Krasnodar similar to Milan and New York. Due to the mild climate, the Kuban land lavishes the whole population of Russia with wheat, vegetables and fruits. People come here to get acquainted with the culture and history of the Cossacks, to taste lard and hearty dishes of Kuban cuisine. From Krasnodar it is easy to get to the Sea of ​​Azov — the smallest and warmest sea in the world!

Krasnodar appeared on the map of Russia in 1793. Its first name, Yekaterinodar, reminded that in 1792 Empress Catherine the Great issued a charter to the Black Sea Cossack Army, according to which she granted them the Kuban lands, limited to the Kuban River and the Sea of Azov, to use in perpetuity. The sea was considered to be very important for Russia in the XIX century. First, it gave a lot of fish to the local population, and secondly, it allowed increasing the trade turnover.

First, the Cossacks set up a military camp on the land allocated to them. A year later, the city map with a plan of streets was approved and houses started to be built. Until the end of the Caucasian War in 1864, Yekaterinodar remained the main military outpost in the south of the country. In 1920 the city was renamed Krasnodar. The urban development was seriously damaged during the Great Patriotic War, and the city had to «heal» these wounds for many decades. However, the restoration of prerevolutionary shrines began only twenty years ago.

Modern Krasnodar is a large agrarian, industrial, business and cultural center in the south of Russia. The city stands on the Kuban River, which is navigable and connected to the area of ​​the Azov Sea. The river port provides tourist motor boats from April to November, and anyone can choose a route for traveling down the river. The main axis of Krasnodar is Krasnaya Street, wherefrom you better start your acquaintance with the city. Here you can find residential buildings, shopping centers and pedestrian paths with flower beds. Also here you can see the red-brick «Triumphal Arch», which was erected in 1888 in honor of the arrival of Emperor Alexander III in the capital of the Kuban. The Arch was demolished in the early XX century and restored in 2008. Nearby there is a monument to the Holy Great Martyr Catherine, who is considered to be the patroness of the city.

Several old mansions with stucco, original turrets and balconies have been preserved in Krasnodar. Each of these buildings recalls of what Yekaterinodar looked like in the 19th century. This unique journey into the past is complemented by the collection of one of the oldest museums in the North Caucasus — the Krasnodar State History and Archeology Culture Preserve named after E.D. Felitsyn. Here you can learn about the history of the Cossacks, the peculiarities of life and daily routine of the Kuban people.

In Krasnodar, everyone strives to see the Cossacks, and the easiest way to do this is to go to the Krasnodar Krai administration building. Here stands a pedestal with a sculpture of a Cossack on horseback. Nearby you can see the Kuban Cossack Army honor guard mounting ceremony, which takes place exactly at noon every Sunday and on holidays from early spring until late autumn. The Kuban Hour of Glory ceremony is attended by thirty-six foot and ten mounted Cossacks, accompanied by the Kuban brass band. This good tradition has been going on in Krasnodar for 10 years now!

October 15 is an important date for the residents of Krasnodar, when they celebrate the Day of the Kuban Cossacks. On this day, Pushkin Square hosts a parade of Cossacks of the Yekaterinodar Division of the Kuban Cossack Host, a festival of Cossack songs and unique sabre competitions between the teams of district Cossack societies. However, Cossack songs can be heard not only once a year. On the same square there is a concert hall of the State Kuban Cossack Choir, which is the pride of Krasnodar. The choir has existed for more than 200 years and is famous not only in Russia, but also abroad.

The dishes of the Kuban cuisine will help you better understand the Cossack traditions and the very spirit of the Kuban. It combines the best Russian, Ukrainian and Caucasian culinary traditions. Its hallmark is vegetables, cooked in a variety of options. Very popular here are different snacks from cooked, fried, marinated and salted eggplants, pumpkin, varieties of beans and cabbage and even stems of spring garlic. The main dish of the Kuban cuisine is borsch. Its recipe was brought to this land by Zaporozhye Cossacks in the late XVIII century and includes borsch beetroot, which grows only in the southern regions, as well as ripe tomatoes, sorrel, celery, parsnips and a couple of slices of lard. Rassolnik (pickle soup) with beans, kefir or kvass okroshka and soup with dumplings are also very popular in Kuban. Favorites of meat dishes are slicing of tender pink lard with meat layer and garlic, a broth jelly with horseradish, homemade sausages, as well as pork, beef and goose liver pastes. Salted watermelons and thickened watermelon juice «Nardek» are a kind of local culinary exotica.

Having tasted dishes in the cafes and restaurants of Krasnodar, which offer different national cuisines, having had a long walk around the historical center of the city and all kinds of parks, and having been saturated with the local cultural program, tourists usually head for the sea coast. Resorts of the Krasnodar Krai — Sochi, Tuapse, Gelenzhik and Anapa — attract tourists with unique air and a wonderful climate. And although Krasnodar is only an intermediate link in the journey, it still remains a unique city, founded by courageous Cossacks in the fertile and generous Kuban land.

It is convenient to get to Krasnodar by plane. The city’s airport accommodates flights from Moscow, St. Petersburg, Yekaterinburg, Krasnoyarsk and a number of other major cities of Russia. The flight time from Moscow is two hours, from St. Petersburg — about three hours. Flights to Krasnodar are also performed from Barcelona, Munich, Vienna, Istanbul and several other foreign cities. You can get to Krasnodar from Moscow by rail within 30 hours and use both named trains and all railroad trains, going further to the Black Sea — to Novorossiysk, Adler and Sukhumi.

Cafes, bars and restaurants in Krasnodar 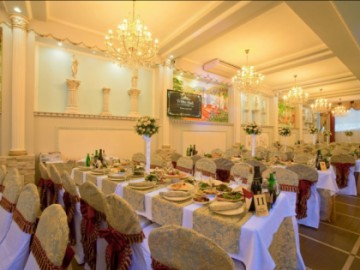 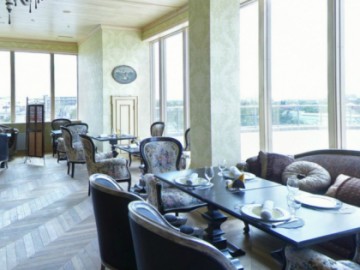 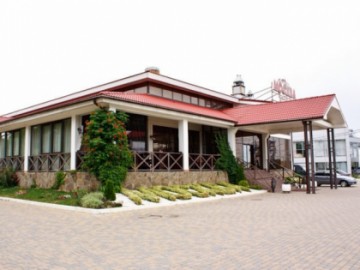 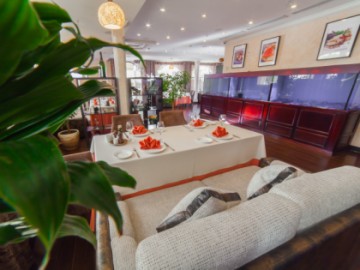 Places of interest in Krasnodar 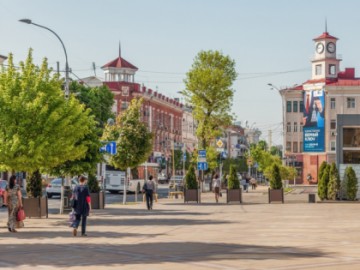 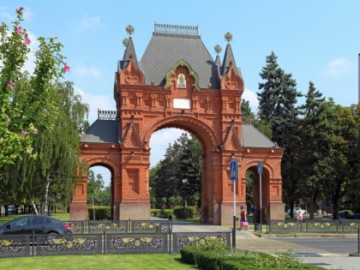 Alexander’s Triumphal Arch as a Symbol of the City 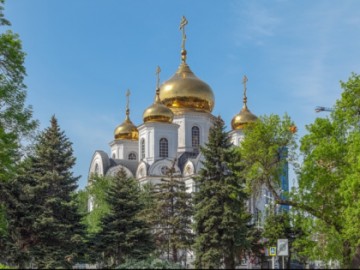 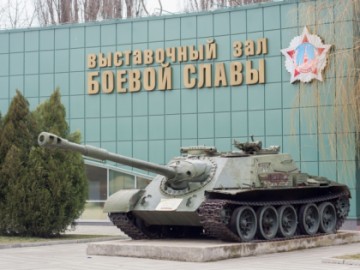 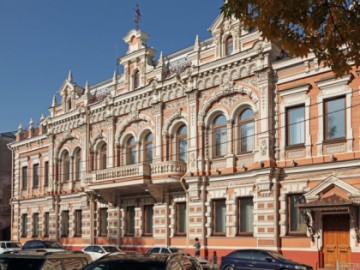 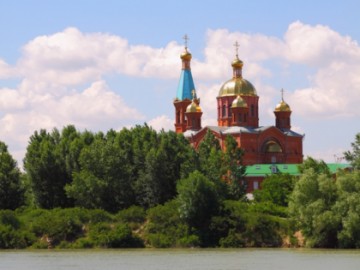 Church of the Nativity in Krasnodar: a Community for Good Deeds 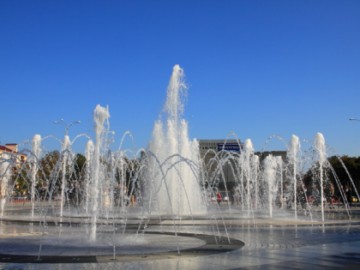 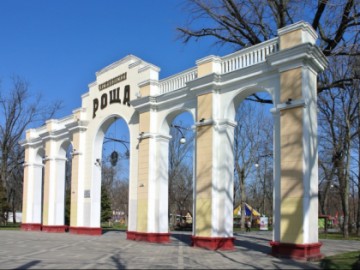 Nearby
Cities near Krasnodar
Sochi