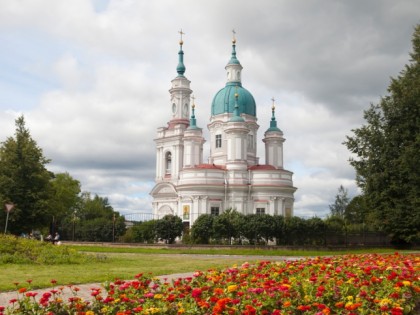 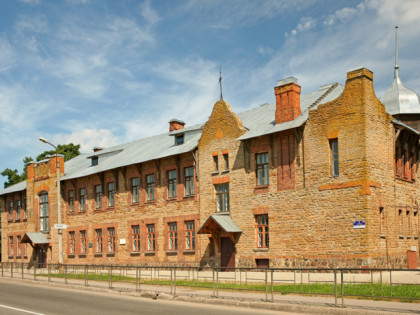 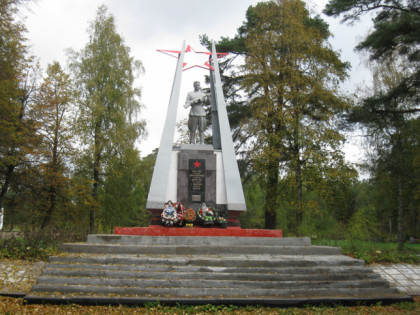 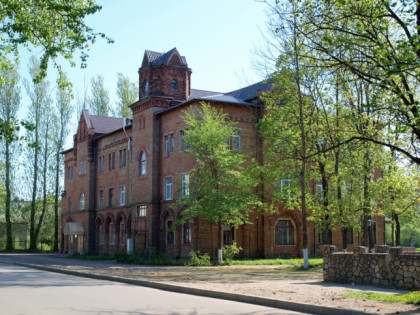 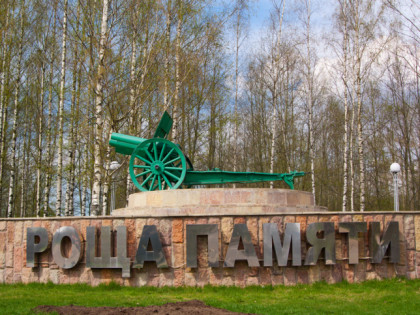 Kingisepp is a unique town. Its St. Catherine Cathedral can compete in beauty with the temples of St. Petersburg, and the walls of the Yam Fortress hide the secrets of the Russian Middle Ages. The Museum of History and Local Lore stores a unique exhibit, «Pilvilinna», an item of women’s cloth of the Finnish Vod’ tribe. This showpiece can be found in no museum of the world! In a word, Kingisepp is a surprise town.

Kingisepp grew out of a defensive Yam Fortress, which defended the north-western borders of the Novgorod principality since 1384. It had been repelling the attacks of the Swedes and Livonians over a period of two hundred years. Its name derives from the Finnish Yam tribe. But later the political situation changed: the fortress and the town around it passed to Sweden under the peace treaty (Treaty of Stolbovo) in the early XVII century. It was the Swedes who gave the town the name Yamburg (which means «Yam fortress»).

In 1703 this territory was returned again to the Russian Empire. Emperor Peter the Great wished to restore the fortress destroyed by the Swedes, however he died, not having pushed the matter through. The ruins of the northern bastions of the Yam Fortress are still preserved in the historic center of Kingisepp. The foundations, underground passages and premises have survived under them: their exploration in the late 20th century allowed archaeologists to understand how the Russians fought in the medieval period and even to find out how their methods differed from the European ones. The Yam Fortress is included in the «Silver Necklace» new tourist route through the North-Western part of Russia. The cities and objects included in the route «tell» about their heroic past.

In May 1922, the town was given a new name, in honor of one of the Estonian Communists Viktor Kingisepp. During World War II, the town was occupied by German troops for almost four years and therefore was completely destroyed. Kingisepp was restored thanks to the industry. In 1963, «Phosphorit» fertilizer plant was commissioned here. It provided thousands of people with job and contributed to the rebuilding and settlement of the town. The road from Russia to the Baltic states passes through Kingisepp: a trip by car to Ivangorod, Narva and the Russian-Estonian border takes 20 minutes in all!

Today people visit Kingisepp for a couple of days to see the graceful St. Catherine Cathedral, wander through the ruins of the Yam Fortress and taste the famous lampreys (nine-eyes). This is an unusual fish, bearing no resemblance to fish. This delicacy is popular on both banks of the Luga River. Moreover, Estonians claim that lampreys belong to their national cuisine, while the Russians dispute this. Anyway, lampreys in Kingisepp are splendid and worth tasting in local restaurants. It is important to keep in mind that lampreys are a seasonal dish: November-December is the best time to taste it. However, you can find this delicacy also in spring and summer, when gastronomic fairs are sometimes held within the frames of various events in the town. For instance, you can taste lampreys on the City Day on July 2.

The residents of Kingisepp are believed to be sensitive and sentimental despite the external harshness. They are very impressed when guests show interest in the history and sights of their beloved town. Therefore, they will kindly show the way, advise a good cafe and tell something interesting about their favorite town, so that any tourist will immediately feel here homey.

It’s easiest to get to Kingisepp from St. Petersburg. Two buses, № 841 and № 851, go from the main bus station several times a day. The travel time is about three hours. There are also transient buses going to the town, for which Kingisepp is not the final stop: they go to Ivangorod or Tallinn. Moreover, you can take fixed-route taxis that start when they are full from Ligovsky Prospekt and Obvodny Kanal metro stations.

You can get to Kingisepp also by suburban electric train, which departs once a day in the evening from the Baltiysky railway station and goes about 2 hours and 40 minutes.

Show more
All sights in KingiseppSee all

Places of interest in Kingisepp