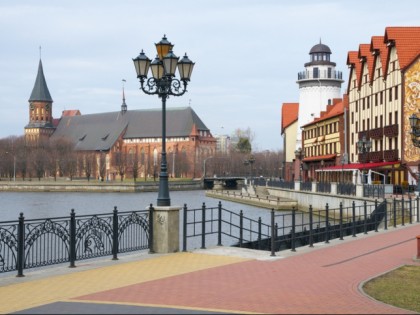 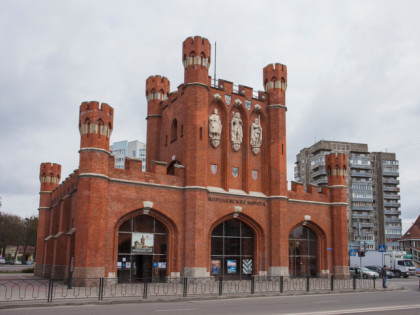 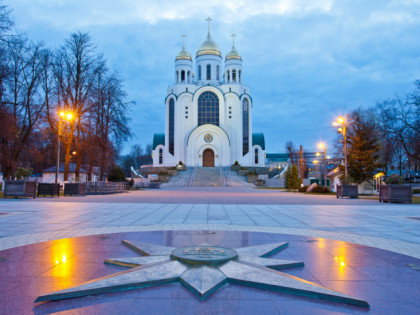 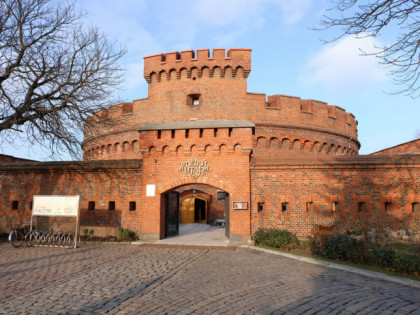 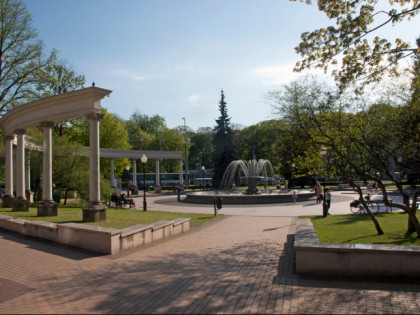 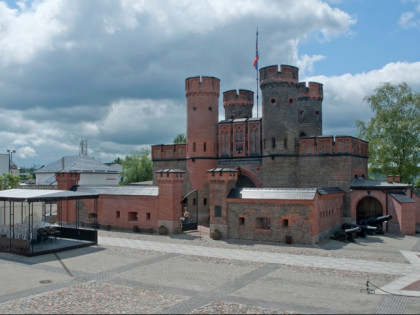 Kaliningrad: the amber capital of the world

Neighboring with Poland and Lithuania, Kaliningrad does not have a common border to Russia. The former capital of the Teutonic Order and the Prussian Kingdom with its Lutheran kirches (churches) and red brick forts retains European charm, despite the destruction during World War II. Today people come here to see how the remains of German tiled roofs and Soviet «khrushchevkas» (4-storeyed apartment houses built in the USSR during Nikita Khrushchev’s regime) have fancifully mixed in the city, to photograph the ruins of the long-standing city gates and to eat local smelt. And, of course, they come to find out everything about local amber. After all, Kaliningrad and its region are known as the main world center for the extraction of this ancient golden resin.

The city became Kaliningrad not so long ago. In 1946 Koenigsberg was renamed in honor of the chairman of the Presidium of the Supreme Soviet of the USSR Mikhail Kalinin although he has never been in the city. And Koenigsberg is the name of the fortress of 1255. It was built instead of the Prussian village of Twangst and burnt by the army of the Teutonic Order. Gradually the Germans began settling near the walls of the fortress. First, Altstadt (old town in German) appeared on the banks of the Pregolya River, which became a town in 1286. In 1300 Löbenicht — a settlement of farmers, brewers and artisans was also recognized as a town. In 1327, the town status was given to the merchant Kneiphof on the present island of Kant. Officially all these settlements were united on July 13, 1724, and by Konigsberg they meant the entire city and not just the fortress.The oldest building in Koenigsberg-Kaliningrad is the Juditen Church (now St. Nicholas Church) built in the early Germanic Gothic style at the end of the 13th century. In the first quarter of the 14th century the Cathedral was built here which opened in 1380. The Cathedral with Immanuel Kant’s grave is now considered the main symbol of Kaliningrad. The great philosopher was born in Koenigsberg in 1724 and lived there all his life.In the XIV century they started building drawbridges with towers between the urban areas and upholstered iron oak gates. The Honey Bridge appeared between the islands of Lomza and Kneiphof. According to one legend, its name says that honey was paid for the construction of the bridge. According to another version, the root is common with the word «hon», i.e. «mockery». Small towns always competed with each other, and the inhabitants of Kneiphof built this bridge to get to Lomza not via the High Bridge, built by the inhabitants of Altstadt. In response, Altstadt installed a clock on the Town Hall Tower, from which a bearded head went out instead of a cuckoo and put out his tongue pointing at Kneiphof. Seven bridges of Koenigsberg entered the history of science. For a long time no one could solve the problem: is it possible to bypass all bridges having risen on each only once? In 1736 Professor Leonhard Euler of the University of Konigsberg proved that this is impossible, laying the foundations of the mathematical graph theory.

In 1525 the last Grand Master of the Teutonic Order Albrecht Hohenzollern became the first Prussian Duke, having turned Koenigsberg into the capital of the duchy for almost a century. He also founded one of the oldest German universities later named in his honor by Albertina. In the XVII century it was one of the most prestigious educational institutions in Europe. The building of the University, located on the island next to the Cathedral since 1569, was destroyed by the British Air Force in August 1944.In 1712 the Emperor Peter the Great arrived in the city for the first time. A few years later he received Amber Room as a gift from King Frederick William I. It was during the Second World War that the Germans took it from Tsarskoye Selo near St. Petersburg, the last time they saw the masterpiece in Kaliningrad. In 1758 during the Seven Years’ War the Russian army entered Koenigsberg. However, in 1762 Emperor Peter III, who ascended the throne, signed a peace treaty with Frederick II and returned the land to him. In 1871 East Prussia became part of the German Empire united by Bismarck.At the turn of the XIX and XX centuries the city grew rapidly and soon went beyond the fortifications. Well-off townspeople preferred to live in villas. So there were whole blocks in the Art Nouveau style: Amalienau, Maraunenhof and Ratshof. The history of the city is devoted to the exposition of the interactive Friedland Gate Museum. One of the historical towers is the only amber museum in Russia. In the south of the island of Kant one can visit the complex of buildings in the half-timbered style — the modern district Fishing Village with a light tower and a tourist center.

A significant milestone in the history of the city was the Second World War. In August 1944 the British aviation attacked Koenigsberg, and during the bombing the great part of the buildings were destroyed. After a four-day assault on April 9, 1945 the city capitulated. The bunker of the commandant of Koenigsberg General Otto von Läsch, that turned into a museum, reminds of the events of those days. At the decision of the Potsdam Conference the north of East Prussia passed to the USSR.

The Soviet period of the city did not contribute to the preservation of historical buildings and churches. And nevertheless Koenigsberg (Kaliningrad) has retained its face. In particular, there are many curious monuments. The sculpture of the most famous citizen Immanuel Kant stands in the park near the Baltic Federal University. This is a copy of the monument of the beginning of the XIX century created with the help of the philosopher’s descendant Countess Denhoff. Eternal fire burns at the monument to the 1200 guardsmen who stormed Koenigsberg. The most unexpected monument is set in the Central Park in honor of Baron Munchausen who passed through Koenigsberg. The monument is a silhouette of the baron flying on a nucleus. On the bank of the River Pregolya, near the World Ocean Museum, a Monument to Fishermen (Memorial «Pioneers of Ocean Trawling») rises. It is dedicated both to the pioneers of ocean trawling and to fishermen lost at sea.

Fishery is an original industry in this region, therefore in Kaliningrad it is necessary to taste smelt. In February Svetlogorsk hosts a Smelt Festival — a picnic in the open air with tastings and an entertainment program. The Day of Herring with fair and fish market is held at the territory of the Museum of the World Ocean at the beginning of April. Fish dishes are also popular with a «kurshki» salad made of boiled pikeperch, salmon or cod, pickled cucumbers and potatoes. But the most famous local dish is Koenigsberg’s Bugs. These are boiled meatballs made of veal and pork. Traditionally they are served with a white creamy sauce with capers and a side dish of pickled beets and mashed potatoes.

Curiously, since the XVI century in the first day of the new year in Koenigsberg a long sausage holiday was celebrated. On this day all the city butchers together made a sausage a few tens of meters long, which was then carried along the streets of the city and at the end was given to the townspeople. In modern Kaliningrad there is another beautiful tradition: at the end of August, more than 50,000 guests gather on the city’s Street Food Weekend picnic on the island of Kant. In addition to delicious food they watch concerts, participate in quests and various games.

In addition to gastronomic, there are many cultural events held in Kaliningrad: in April — the International Music Festival «Amber necklace»; in August — open-air festival «Kaliningrad City Jazz»; from June to October — Baltic Seasons Art Festival. For ten years at the end of July tourists and townspeople gather for the Historical Reenactment Festival KAUP, where enthusiasts reconstruct the life of the IX-XI centuries. During the festival one can try his hand at smithing, pottery, carpentry or shooting from the bow. In early September the Museum of the World Ocean holds a «Water Assembly» — a parade of historic ships and a rowing regatta.

A major event in the history of Kaliningrad was the 2018 World Cup. Here the emblem of the city was chosen for the World Cup — the figure of a football player is drawn as if by water. This aquaman symbolizes the sea element of the Baltic and his bright yellow ball is the amber treasures of the region. A stadium for 35 thousand spectators was built specially for the championship on the Oktyabrsky Island. The arena was built in record two years. Because of the problems with the project the construction works began here later than in other cities of Russia hosting the World Cup. Before the appearance of this stadium the local club «Baltika» performed at the stadium of the same name, which was built in 1892 and is the oldest football arena in Russia!

It takes two hours by plane from Moscow to Kaliningrad. Regular flights connect this city with Moscow, St. Petersburg, Tashkent, Minsk and Cherepovets. Recently, planes began to fly from Kaliningrad to Warsaw and Gdansk. At the Yuzhny Railway Station, trains come from Moscow, St. Petersburg, Adler and Chelyabinsk. If you have a Schengen visa, from Kaliningrad it is easy to take a bus to Belarus, Ukraine, the Baltic States, Poland, the Czech Republic and Germany.

Cafes, bars and restaurants in Kaliningrad 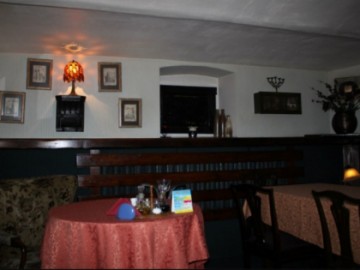 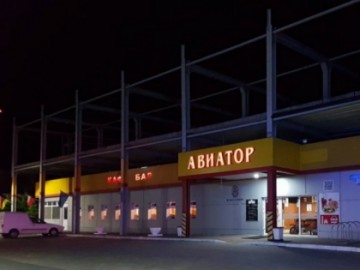 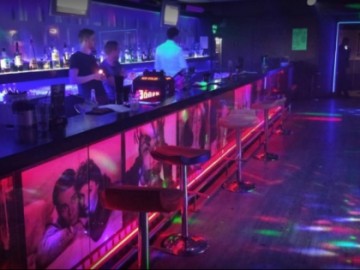 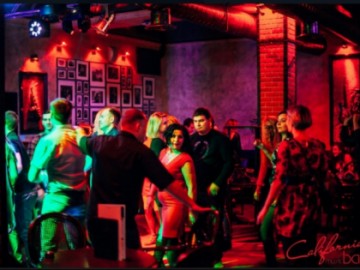 Places of interest in Kaliningrad 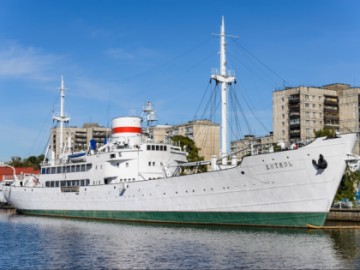 Museum of the World Ocean
Museums and Exhibitions • Other places

Museum of the World Ocean: unique ships, shellfish and corals 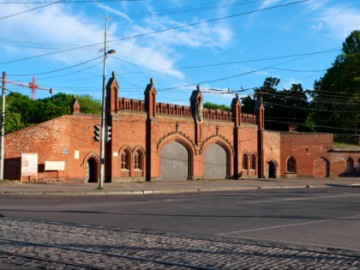 Friedland Gate Museum or Virtual Journey into the Past 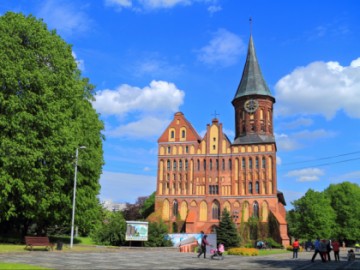 Konigsberg Cathedral on the island of Kant: Hanseatic Gothic and the memory of the philosopher 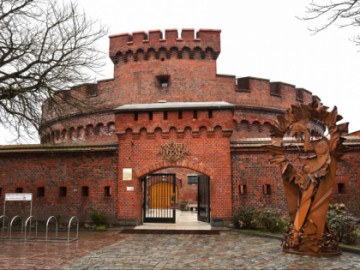 Amber Museum in the Dohna Tower: all about the "sunny stone" 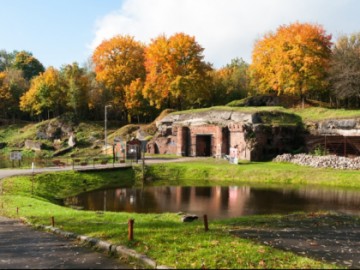 Fort No. 5, Fort No.3
Museums and Exhibitions • Other places

Fort No. 5, Fort No.3, Great Patriotic War History Museum: the story of one assault 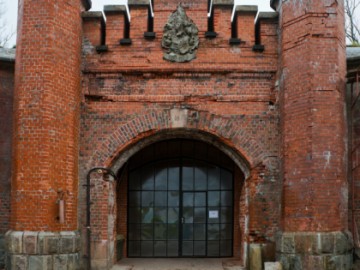 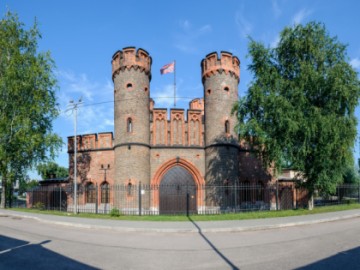 Friedrichsburg Gate and the maritime history of Russia 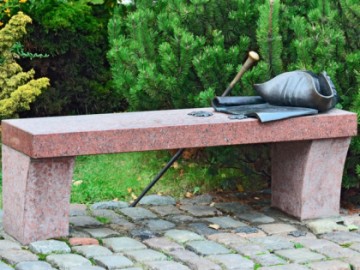 Sculpture Park Museum and rare plants on the island of Kant