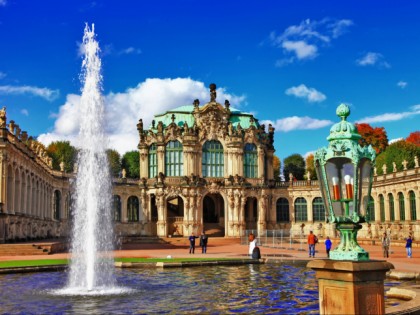 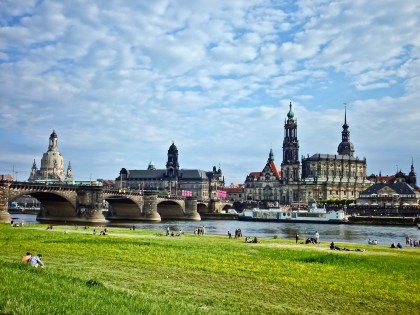 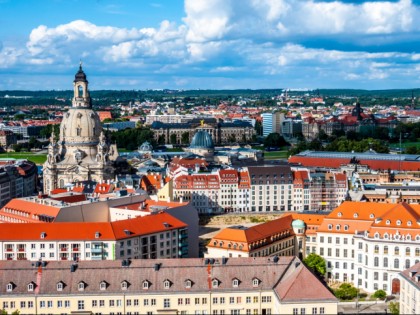 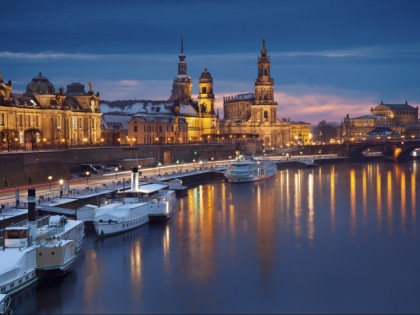 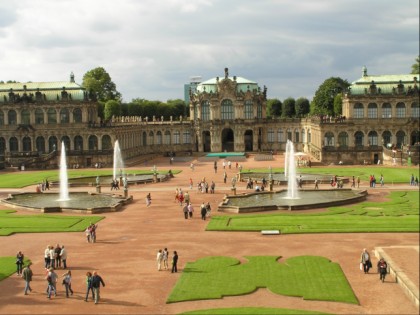 Dresden, a wonder on Elbe

Dresden, that used to be called “Florence on Elbe”, attracts tourists with palaces in baroque style. Dresden Altstadt, or the Old Town, is Mecca for the 18th century architecture lovers. Gallery of old masters keeps masterpieces of world standards, including the Sistine Madonna by Rafael. Glass models in hygiene museum help understand how various organs work in a human body. A 100-metre tall mural “Fürstenzug” (“Procession of Princes”) from Meissen porcelain delights with rich colours, abundance of historical characters and durability: it miraculously was not damaged in the city bombings in 1945 when the entire centre was destroyed to the ground…

Dresden is the centre of the Saxony region. Today there are more than 530 thousand people here. It is the 11th biggest city in Germany by population. It was founded by Slavs once living here. The name “Dresden” actually has Slavic origins and means “forest dwellers in water-meadow”. In 1547 Dresden became the capital of the electorate of Saxony. The golden age of this state occurred in the 17th-18th centuries. In the beginning of the 18th century the local ruler Augustus the Strong was elected to be king of Poland. Afterwards, profits he received in Poland were partially spent for decoration of his hometown Dresden. It was at that time that baroque palaces, houses and bridges appeared in the city. “Dresden miracle” was created by architect Matthäus Pöppelmann. Thanks to him Dresden started to be talked about as one of the most beautiful cities in Europe and was called “Florence on Elbe”. Many of his creations were seriously damaged in the period of February 13-15, 1945. In these days Royal Air Force of the Great Britain and air force of the USA conducted a series of bombings on the city that destroyed more than half of buildings in the city. Later this was explained as a task to disable the city as an important junction. Arguments as to whether this was necessary are still going on. It took 40 years to reconstruct Dresden after the war.

The main attraction of the city is its majestic Zwinger palace and park ensemble. It is known not only for its luxurious appearance but also for the gallery of old masters where masterpieces of world art are presented. Not far from Zwinger, there is a Lutheran church of Frauenkirche with an amazing story. The church dedicated to Lady Mary was built in the 18th century. In 1945 it was destroyed to the ground during an alliance bombing. It was reconstructed from scratch in 11 years. The renovated church opened its doors to the congregation and tourists in 2005. You must also find time to visit the Pfund brothers dairy shop. In 1998 it entered the Guinness book of records as the most beautiful dairy shop in the world! It was awarded this honour because its walls are decorated with Villeroy&Boch hand-painted ceramic tiles.

Dresden is also renowned for its cuisine, and that since the time when it was the capital of the electorate of Saxony. Court of prince electorates was famous for its sweets. Culinary likings of the court spread among common people – there have always been many pastry shops in Dresden. While in the capital of Saxony, you should try curd pancakes Quarkkaulchen – a genuinely Dresden dish. Another popular dessert in town is Eierschecke. It is a sweet pastry with curd, eggs and raisins. And those who happen to find themselves in Dresden on Christmas Eve should never miss Christstollen. It is a cake with raisins and candied fruits, sometimes also with poppy seed and marzipan. Shape and appearance of Stollen must resemble the swaddled infant Christ. In order for the cake to resemble a swaddle, it is powdered with white castor sugar. From other dishes you should try roasted beef and the local potato soup (Kartoffelsuppe) which is also often called “Saxony soup”. You will also find the traditional German pork in Dresden. In local pubs you will always be served Schweinehaxe, or the pork joint. Beer flows like water in Dresden. The best selling brand is Radeberger. This used to be the most popular beer on the territory of the former GDR. It is also said that it was this brand that Vladimir Putin preferred during his stay in this country. Today Radeberger Pilsner is in the top ten of the best-selling beers in Germany.

Dresden is considered to be the capital of German jazz. Since GDR times annual International Dixieland Festival takes place in the city. This is the oldest jazz festival in Europe! In mid-May jazz and blues lovers come here to listen to performances of musicians of this style. In mid-August Dresden celebrates the day of the city. On this day there are dress-up parades, fairs, various musical performances. The special event of the celebration is the festival of river ships Sächsiche Dampfschifffahrt and evening fireworks.

Dresden is a city that practically resurrected from ashes. Walking along its streets and squares, your thoughts will involuntarily return to the World War II. Even the walls here still “talk”. Here and there on the buildings you will see a stone with an inscription in Russian. “Division number such and such”, “Castle checked, no mines” and other inscriptions give you the possibility to feel history. However, you can feel it not only in these stones. Observation deck on Frauenkirche, majestic residence palace of Saxon prince electorates with a jewelry collection of the Wettin dynasty, Semper opera – one of the most famous concert halls on the entire planet, Bruell terrace where Fyodor Dostoyevski liked to take walks – each of these places is connected with a person’s name. And each of them reminds about the difficult destiny of the city. Even food here returns you to history. When you settle in a pastry shop with a cup of coffee and Eierschecke, you will involuntarily fall for the Wettins and their habit to regale themselves on sweets!

Cafes, bars and restaurants in Dresden 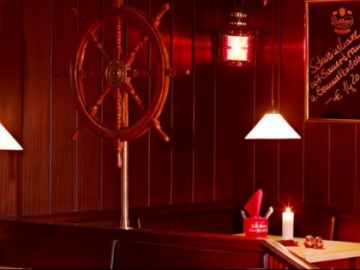 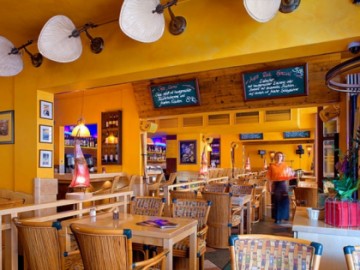 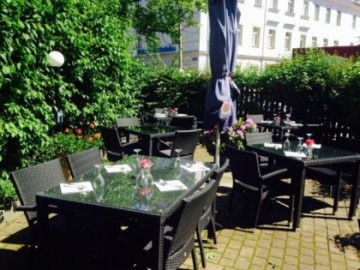 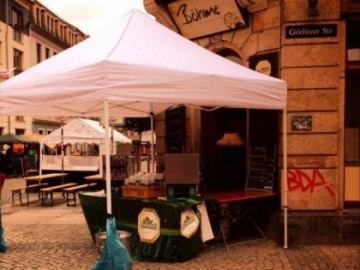 Landmarks in the city Dresden 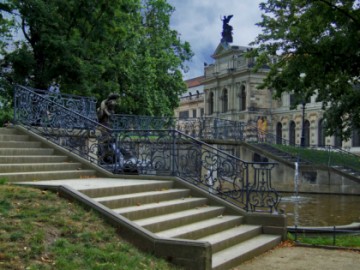 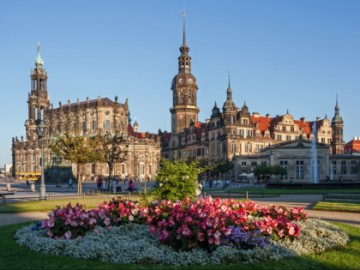 Hofkirche with the king’s heart 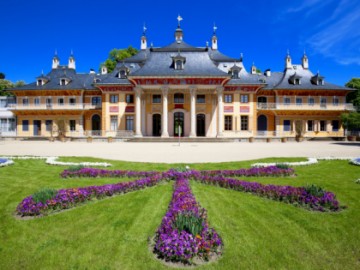 Pillnitz Palace: three in one 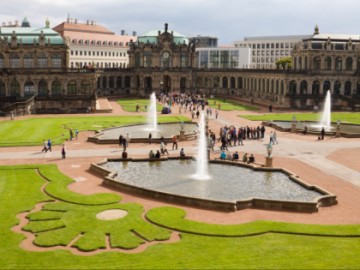 Zwinger with masterpieces of world painting 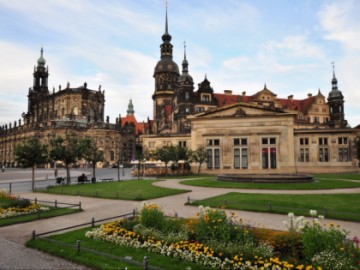 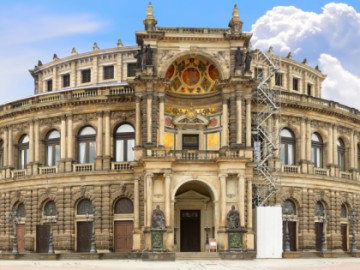 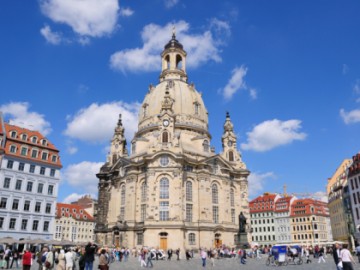