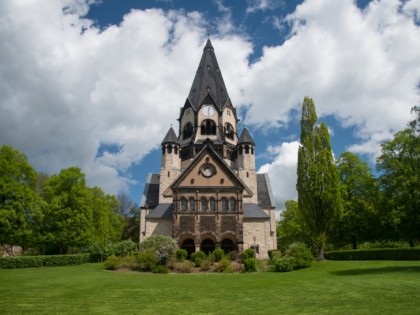 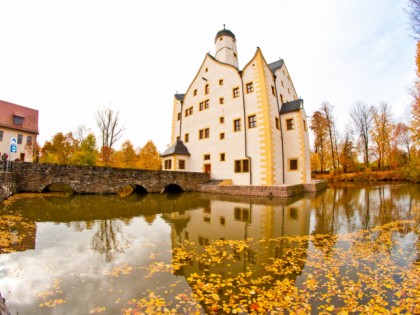 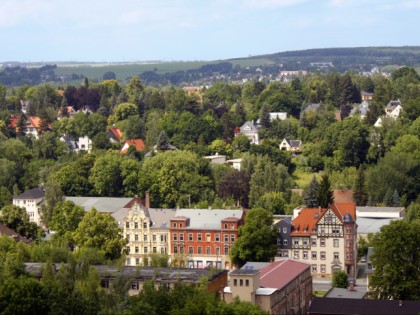 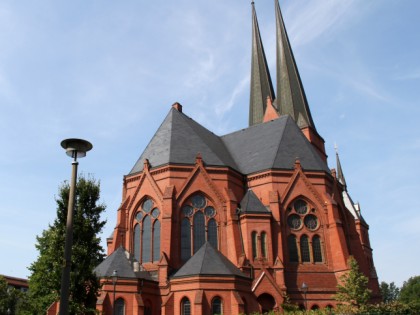 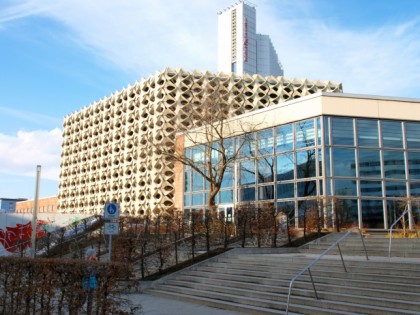 Chemnitz is the third biggest city in East Germany, former large industrial centre, buried in verdure today. Chemnitz is officially recognized as “the city of modernity”, though it does not forget its past. Here you will find preserved ancient castles and a whole block in art nouveau style. Old factories turned into museums, restaurants and lofts, while ultra modern shopping malls are still surrounded by residential areas of the Soviet period, which you are reminded about by the 40-ton bust of Karl Marx in the city centre. If you want to plunge into the past, it is enough to go to the former department store where one of the oldest natural artifacts is kept – a unique 290 million years old petrified forest!

The settlement that has its name derived from Slavic “stone” appeared in the 12th century around a Benedictine abbey where today the history museum functions (Schlossbergmuseum). By the way, Chemnitz received the town status in 1170. In many ways history and appearance of the city were defined by the proximity of Ore Mountains (Erzgebirge) that separate Saxony from Czech Republic. In the 18th century, thanks to coal and ore output, Chemnitz became one of the centres of mechanical engineering and textile industry. It received the name of “Manchester of Saxony”. The city also banked on the development of engineering ideas. At the end of the 19th century there were more inventions patented in Chemnitz than in any other city of Germany.

It is best to start your acquaintance with the historical centre of the city from the Market Square and the Red Tower (Der Rote Turm). The original 12th century tower was a part of the town wall, then a prison, was severely damaged by fire during the war and was reconstructed in the 1950s. Next to the brick tower there is the old 15th century town hall (Altes Rathaus). In 1911 a new town hall (Neues Rathaus) was constructed next to it upon the design of Richard Möbius. At the entrance visitors are greeted by a 5-metre-tall statue of Roland, while the interior is in art nouveau style. The famous fresco “Work, wealth, beauty” made by Max Klinger in 1918 is found in the City Council. The St. Jacob church next to it is interesting for its gothic sanctuary, 16th century altar and 15th century openwork frieze. The four-storey baroque “House of Victors” is a reconstruction of the 18th century building, almost completely destroyed during the war.

Kassberg quarter is one of the biggest preserved art nouveau city districts in Europe. There are many restaurants, bars and clubs in Kassberg. By the way, there is a large system of cellars preserved under it, where beer used to be kept, and now excursions are conducted. In Chemnitz restaurants you can try traditional Saxon dishes – grated potatoes fried with bacon, scrambled eggs and sausage (Bröckelkließ); layers of boiled potatoes and stewed forest mushrooms (Schwammetopf); finely cut by-products in a cream broth with potatoes and cucumbers (Saure Flecke). Puff pastry from sweet yeast dough, stuffed with cream cheese and decorated with whipped cream (Eierschecke) goes well with coffee.

Rich industrialists have built villas in the city. Villa Esche is considered the most beautiful of them and is based on the project of a famous Belgian architect, one of the fathers of the Bauhaus style, Henry van de Velde. After the World War II Chemnitz entered GDR, and in 1953 was renamed into Karl-Marx-Stadt. A giant 7-metre and 40-ton bronze bust of Marx reminds of that time. After the unification of Germany an unprecedented construction started in the centre, turning Chemnitz into one of the most modern cities in Germany.

Cultural life of Chemnitz is focused around the Theatre Square. Here you will find one of the most beautiful buildings in the city – Chemnitz Opera House that hosts opera theatre, ballet, philharmonic theatre, drama and puppet theatre under its roof. Chemnitz Museum of Arts is opposite the Opera. There are more than 60 thousand works collected in the 1909 building by Richard Möbius. Gunzenhauser Museum holds a vast collection of paintings by German artists of the 20th century.

Christmas market in Chemnitz is considered one of the most beautiful in Saxony. Before the start of the Nativity Fast, a “Parade of Miners” takes place in the city: about 700 citizens and 250 musicians march along the city streets in uniforms. Tents with famous Saxon Nutcrackers, crèches and pyramids are set up in front of the town hall. A special Saxon Christmas cake is popular in December, its recipe has been known since the 14th century. The Pope himself allowed local bakers to bake it with butter and milk even during the fast. On Christmas nine dishes are traditionally served: roasted sausage or roasted pork with lentil; herring with apple salad; millet porridge; buttermilk or hot milk with bread; beetroot, cabbage of potatoes salad; sauerkraut or fresh cabbage with roasted meat or sausage; meat dumplings; mushrooms; roasted plums.

When choosing time to visit the city, remember that main cultural events of Chemnitz take place in May – Saxon Mozart Festival and the Night of Museums.

Cafes, bars and restaurants in Chemnitz 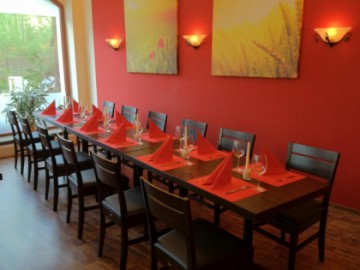 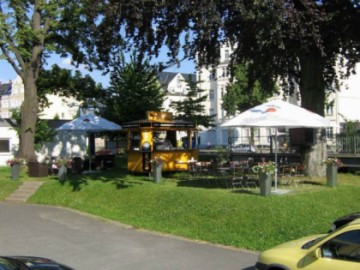 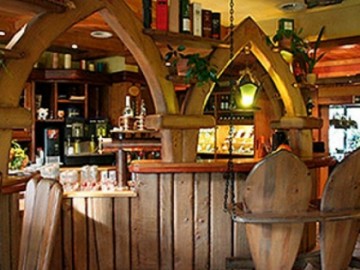 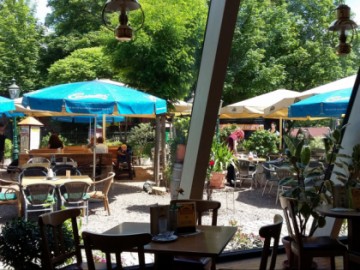 Landmarks in the city Chemnitz 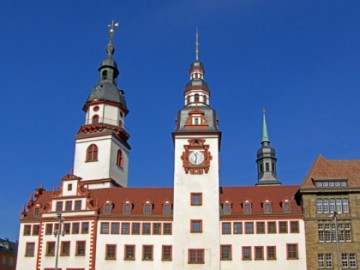 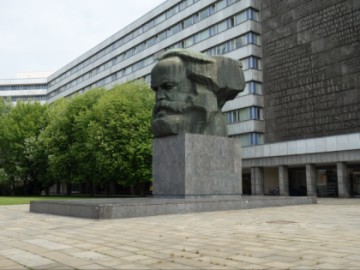 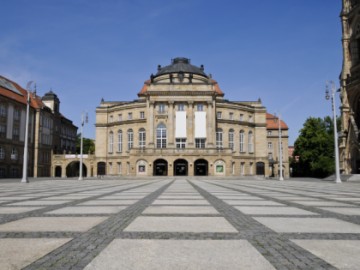 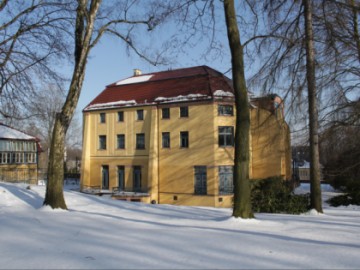 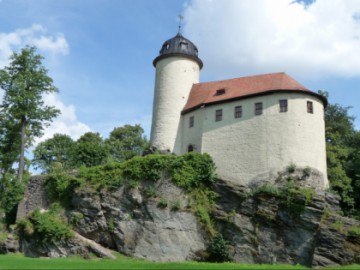 Chemnitz
Castle of Rabenstein
Castles, Fortresses and Palaces • Other places 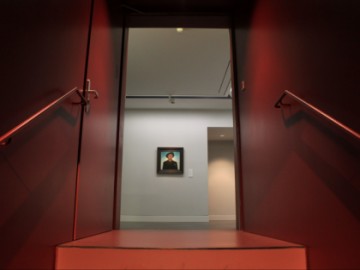 Present to the city – Gunzenhauser Museum

With a helmet and chisel to the industrialism museum

290 million years back to the past: a forest in a department store