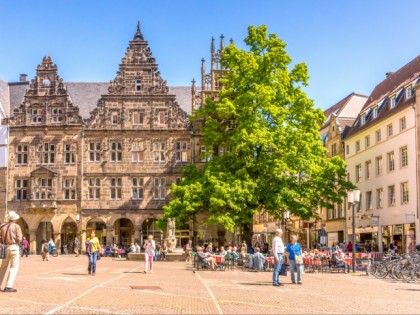 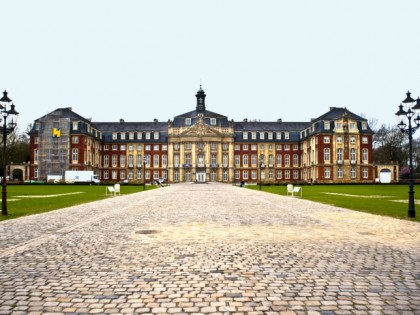 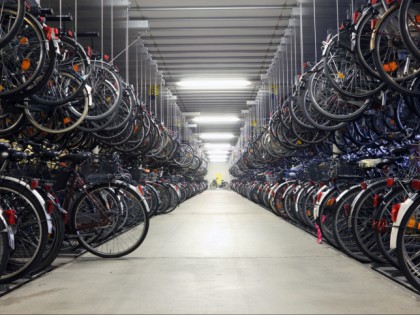 Münster is one of the largest cities of the land Nordrhein-Westfalen. Its history rich with events depicted in legends and grand architectural monuments invariably attracts a lot of tourists. For example, every day you can see on the St. Paul cathedral clock how figures of three magi spin around Virgin Mary and baby Jesus, accompanied with a melodious chime. And in order to really feel the vibe of the city life you have to mount a bike. After all, Münster is the bicycle capital of Germany. There are 500 000 bicycles here – almost twice as many as the number of residents!

History of Münster expands over 1200 years. The first settlement in this location appeared thanks to Karl the Great who in 793 ordered to build a monastery not far from his residence. The city’s name – Münster – comes from the Latin “monasterium”. The first bishop of the Münster diocese was preacher and missioner St. Ludger. Unfortunately, in the 16th century the city archive was completely destroyed in fire. That’s why early history of Münster is primarily restored through indirect evidences. In 805 the monastery and settlement around it received a town status with the right to conduct fair markets. In 1358 Münster was mentioned in sources for the first time as a member of the influential Hanseatic League that united large trade cities. In 1648 the city became the place of one of the most important events in the European history: the Peace of Westphalia treaty was signed here, marking the end of the Thirty Years’ War. Another important landmark for Münster was the establishment of a university in 1780. Today there are around 50 thousand students studying at the Westphalian Wilhelms-University.

World War II left the historical centre of Münster in ruins. Decade after decade residents of Münster reconstructed their city, supplementing historical landscape with modern buildings. That’s why today’s city landscape organically combines honourable past with energetic new classics. There are more than ten churches in Münster – each more beautiful than the other, a lot of majestic “civil” buildings – both historical and modern, beautiful parks and museums. Since 1977, every ten years the city hosts an international exhibition “Sculptural Projects of Münster”. Many exhibits are later purchased by the authorities and decorate various districts of Münster for the joy – and sometimes confusion – of residents and tourists.

There are more than 900 restaurants, pubs and bars where even the most fastidious gourmet will find something to his taste and wallet. Traditional Westphalian cuisine is abundant with nutritious, rich and rather simple dishes. Out of dishes typical for Münster we recommend trying Töttchen – ragout with veal and tongue. Other ingredients might vary depending on the season and preferences of the cook. As many other Westphalian dishes, Töttchen was initially considered the food of the poor. Today all layers of population love the dish, and you can order it even in the most luxurious restaurants. Another popular dish is Pfefferpotthast – thick and spicy beef pottage that was traditionally prepared in autumn during cattle slaughter period. Today, of course, you can try it any time of the year, though it is still at its best on cold autumn or winter evenings. Another local delicacy known since the Medieval Ages is Westphalian ham on bone. Pork meat of pigs fattened with acorns is smoked on beech and juniper branches. Westphalians reckon, only their natural modesty is to be blamed for the fact that this sort of ham is not as famous in the world as the Spanish jamon and Italian prosciutto di Parma. And surely, as anywhere in Westphalia, it is customary to eat any dish with a slice of rye bread pumpernickel and beer. The most widespread beer in Münster is Altbier, both as a separate drink and as a basis for punch.

The best way to get acquainted with Münster is on a bike, this city is not called the bicycle capital of Germany for nothing. Bicycle traffic exceeds, even if not by much, the car traffic. City centre is surrounded by a car traffic free ring where the bicycle riders always have green light. Bicycle lot for 3500 spots at the main railway station is the largest in Germany. You can park your bike here but also rent, repair and wash one. There are a lot of bicycle tours for bicycle tourism lovers, with detailed signs on the entire route. One of the most popular ones invites you to ride around a hundred castles in the vicinity of Münster! The route is divided in four directions. They correspond to four cardinal points. Each trip lasts several days. An ambitious aim to master all four directions is a great reason to come back to Münster again.

Cafes, bars and restaurants in Münster 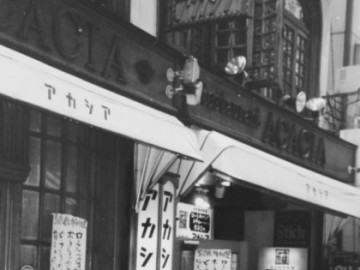 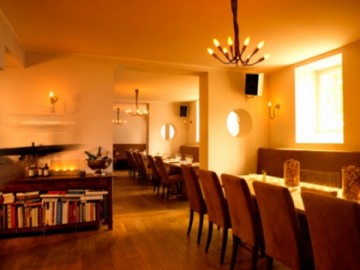 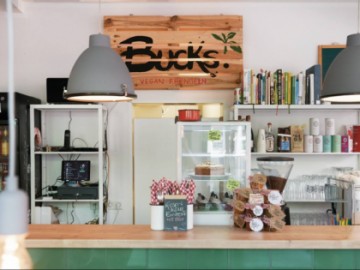 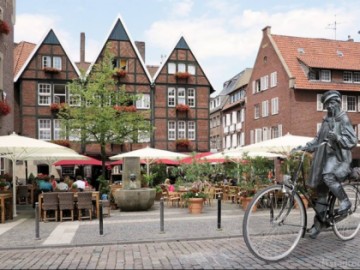 Landmarks in the city Münster 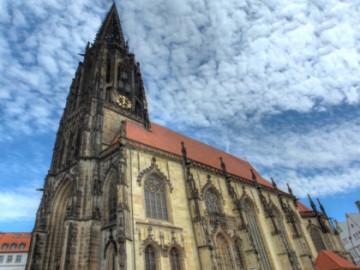 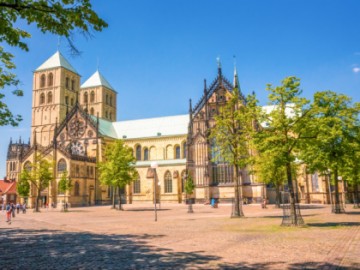 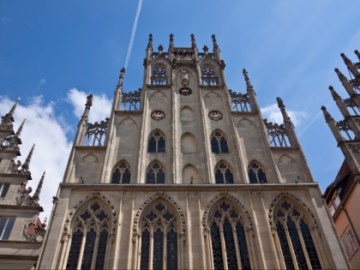 Münster
town hall is the Hall of Peace
Architectural Monuments

Place where history was made 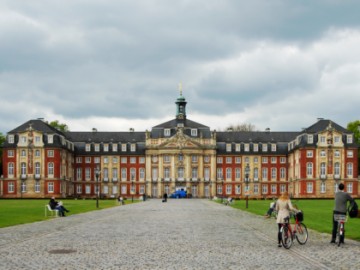 Münster
Residence of the Bishop
Castles, Fortresses and Palaces

Residence of the Bishop 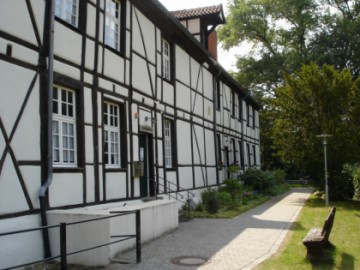 Decease history in the leprosy museum 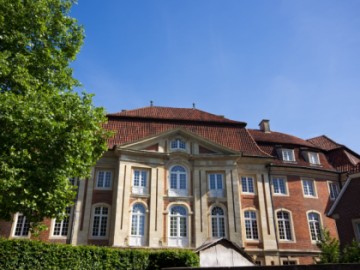 Erbdrostenhof – gem from the baroque island 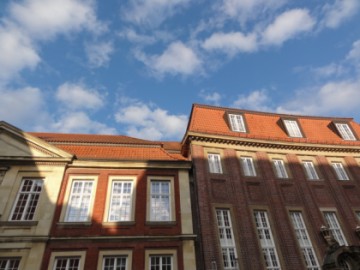 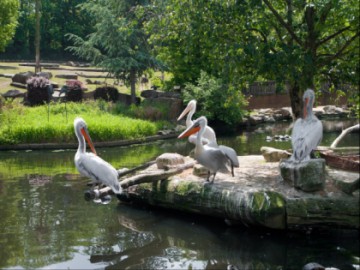 Münster
The Allwetterzoo
Parks and recreation

To the zoo in any weather