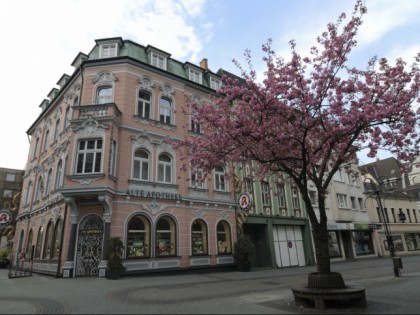 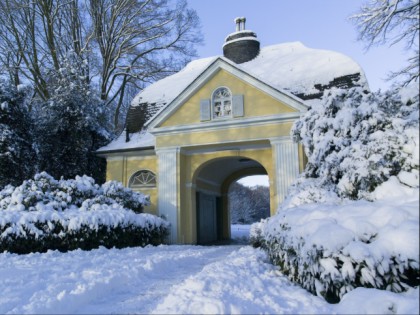 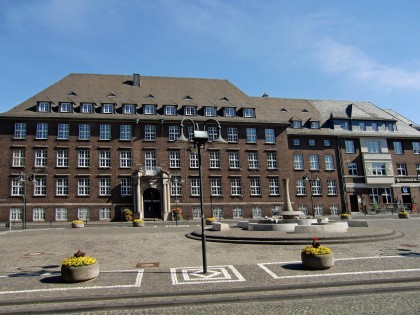 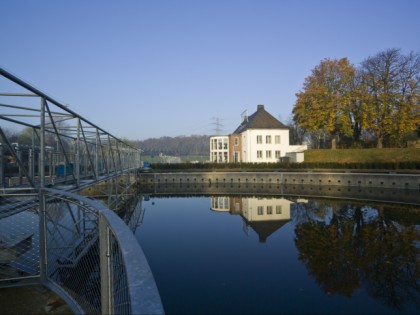 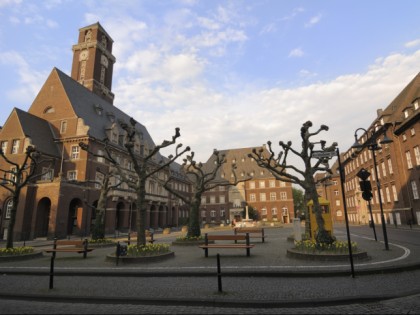 The Westphalian town of Bottrop is known in Europe as the center of extreme entertainment. The former mining town is now famous for Europe's largest closed lines for fans skiing and skydiving. Others will be interested to visit the amusement park of Beck Castle with their children, dive into the world of cinema in the Movie Park and visit several churches in the city center.

Bottrop, in fact, is a suburb of Essen and Gelsenkirchen. Many of its residents commute to these larger cities every day to work. Unlike other cities in the region, Bottrop emerged in the middle of the XIX century as a settlement of miners working in the local mines. In 1921, Bottrop was given a city status. Today the old mines, which once fed the city, have been closed. But Europe’s largest cars tuning company, Brabus, is here.

Tetrahedron became the symbol of Bottrop. This gigantic steel structure in the shape of a geometric figure appeared on the site of an abandoned mine on October 3, 1994 –on the anniversary of German reunification. The 60m-high Tetrahedron is an observation deck. Anyone wishing can rise up to one of its three levels and explore the surrounding area. The Tetrahedron, by the way, offers a clear view of the world's largest ski slope covered with a roof. It is called Alpincenter. Thanks to the special conditions, skiing in the pipe is possible all year round. For lovers of skydiving there is another attraction in Bottrop - Indoor Skydiving Bottrop - a vertical pipe with a powerful air stream. Extreme athletes from all over Europe come here for skydiving.

Bottrop is also a city for fans of cinema. The Movie Park Germany in Bottrop is located near the city. The film company Warner Bros opened the park in 1996. It offers a plunge into the world of dreams and experiencing the rides created based on the world-famous works of the cinema. Another amusement park is located at the Beck Castle (Schloss Beck). It is a palace of the XVIII century in the late Baroque style. And the rides in its park are addressed mainly to children.

The young city of extreme entertainment attracts many tourists. Therefore, there are a lot of cafes and restaurants in the small town of Bottrop. They offer dishes of most different regions of Europe, as the amusement parks and sports centers are destinations for people from all over the Old World. However, the popular dish here is Sauerbraten, as in other cities of the region of North Rhine - Westphalia. It is beef steak, previously marinated for 4-7 days in wine, vinegar and vegetables with a variety of spices. It is usually served with potato dumplings (Klöße), red cabbage and apple sauce. It is believed that this dish is more than two thousand years old, and the Romans brought it to Germany. They marinated the meat for better transportation to distant garrisons of the Rhine. The locals themselves prefer simple food. The dishes with marinated and then fried herring, veal schnitzel, baked in cheese, potato pancakes, steak, baked with mustard are easy to find in local restaurants. Note the restaurant menus at guest houses (Gasthof). Their owners often prepare dishes authentic for the area, using time-tested recipes.

It's also nice to walk a little bit through Bottrop. The city surprises with a large number of churches. However, there are no ancient ones among them. All the temples were built in the past 150 years. Two-thirds of Bottrop’s residents are Roman Catholic. 21 temples were built for them! The most significant of them are the Holy Family Church (Heilige Familie), the Church of the Heart of Christ (Herz Jesu) and the Holy Cross Church (Heilig Kreuz). The Protestant churches are only seven. It’s always a pleasure to plunge into the silence of churches and streets after a noisy amusement parks and rides...

Cafes, bars and restaurants in Bottrop 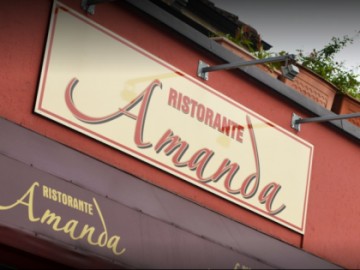 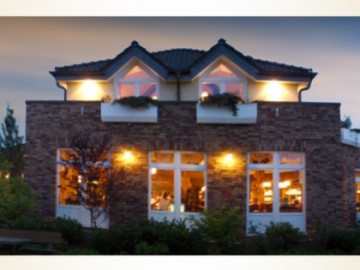 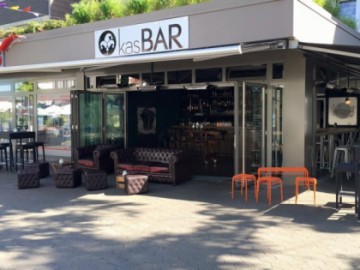 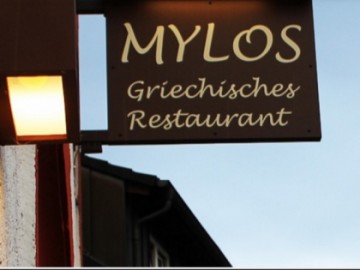 Landmarks in the city Bottrop 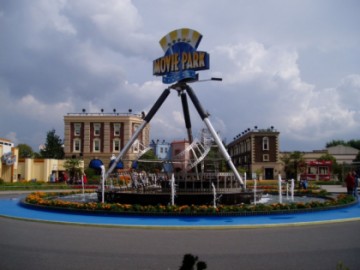 Movie Park Germany in Bottrop: Dive into the World of Cinema 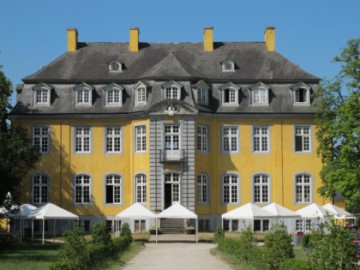 Beck Castle and Amusement Park - a Paradise for Children 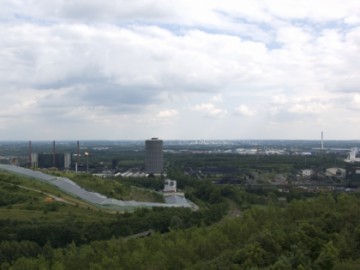 Alpincenter: Skiing under a Roof