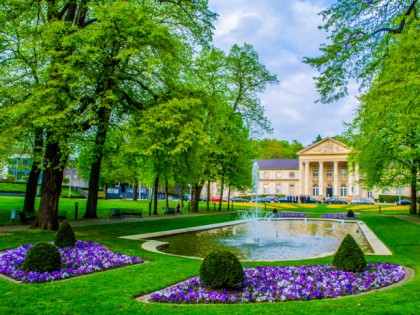 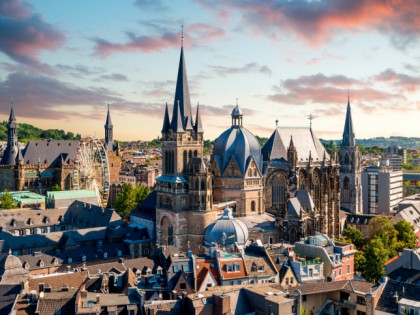 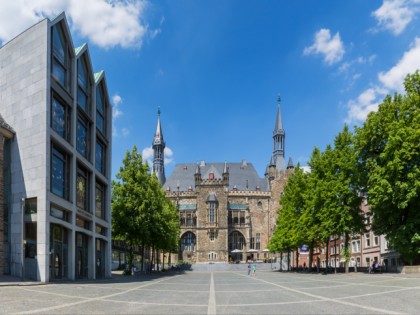 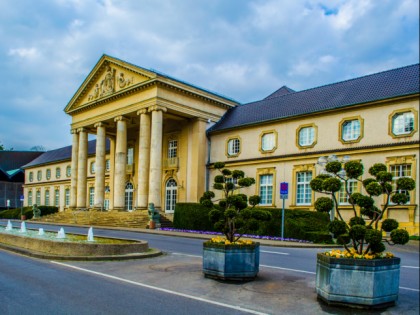 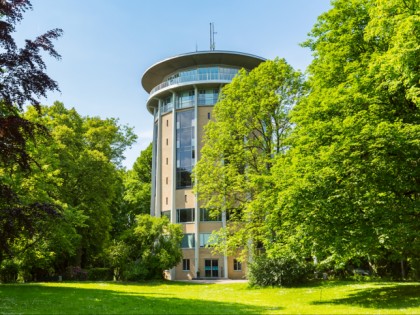 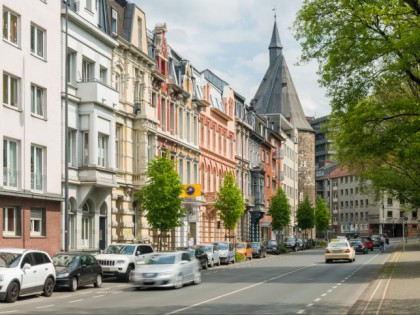 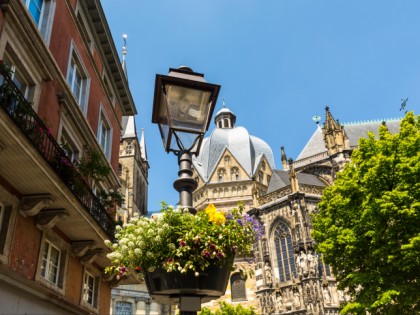 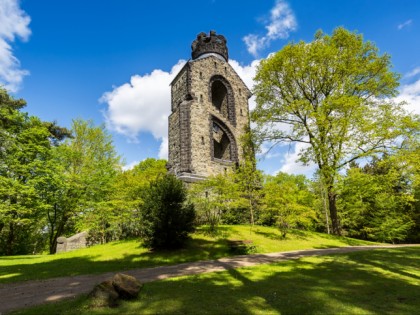 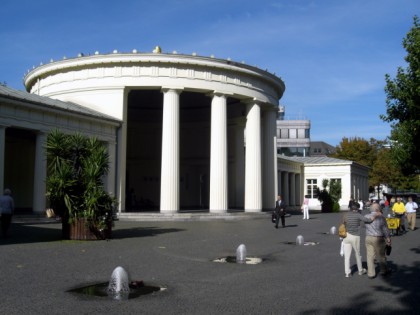 Aachen-Capital of the Empire of Charlemagne

The ancient city of Aachen was a favorite of Charlemagne and the capital of his empire. Priceless for Christians relics are kept in the sacristy of the Cathedral of Aachen. Since the Middle Ages the city remains a place of pilgrimage for believers from around the world. It attracts those who want to touch the roots of European civilization. And fans of the famous saga "The Lord of the Rings" will be interested to find out what prompted Tolkien to its creation. Besides Aachen is a city of healing thermal springs, beautiful fountains, joyous carnival and excellent cuisine.

Aachen was mentioned for the first time at the end of the II century AD. At that time it was called Aquisgranum, probably because of the many mineral springs near the new settlement. Roman legionnaires, injured in battles with German barbarians, were treated with water here. From the time immemorial, a part of the portico has remained on Hoff modern square. After the departure of the Romans Aquisgranum was occupied by the Germanic tribe of Franks. The golden age of the city began with the advent of the Kingdom of the Franks Pepin the Short and his son Charles. Charlemagne built an empire occupying most of the Western Europe and made it the capital of Aachen. It happened in 807. Even before it, Karl built the Imperial Palace and the wonder of architecture - the magnificent cathedral. Charlemagne died and was buried here in Aachen. The Cathedral with the tomb of the great ruler is one of the main attractions of the city.

The glory of Aachen was such that for many centuries emperors of the Holy Roman Empire were crowned here. Aachen’s Town Hall hosted the meetings of Seim -the Parliament of the German principalities. This lasted until the XVII century. However, the religious wars crippled the free imperial city. A fire in 1656 destroyed most of the medieval buildings. Since then Aachen has gradually become a provincial town. Nevertheless, it sometimes hosted congresses at various levels, the good name of Aachen was still authoritatively pronounced in the German world. Starting from the XVIII century, the city began to enjoy increasing popularity among fans of spa treatment. The same mineral springs, which were known already to Roman legionaries, now attract treatment seekers from all over Europe.

Now Aachen is one of the main tourist centers in Germany. Aachen’s Town Hall, the King's Chapel, the old town and, of course, the majestic Cathedral of Aachen cannot leave lovers of medieval history indifferent. Those who appreciate the later Baroque era will certainly like Aachen fountains. There are a lot of fountains here with very different shapes and which are constantly captured in tourists’ cameras.

A city with a great history also has its own culinary traditions. One of them is making special Aachen spice cakes (Aachener Printen). There is a legend that Charlemagne really liked the unusual cakes. But over time, their recipe was lost. And in the XVII century, when hunger struck the city, a young apprentice of a baker somehow wormed the secret of their preparation. This confection does not get stale for a long time and keeps its flavor and people started to bake it for pilgrims flocking to Aachen Cathedral. The hearty and flavorful printed gingerbread (Aachener Printen) caught everyone’s fancy. Now they are must-souvenirs from Aachen. The sweet base is its main difference from cakes that were made in other German cities. However, the recipe has changed - for example, from the end of the XIX century cookers began to cover the cakes with chocolate. But the composition of the sweet mass has remained unchanged since the Middle Ages and is still kept secret. In Aachen people always were a judge of good food. The city of kings and emperors often hosted feasts. Later, the aristocracy and the bourgeoisie resting at the springs indulged themselves with the gastronomic specialties. Now, too, there are a lot of gourmet restaurants here; there are also places awarded Michelin stars.

Many legends have been kept in Aachen since ancient times. One of them is about the monster Bachkauf, the keeper of the local mineral springs. This monster, with a look of half-lion and half-crocodile, attacked random travelers, until it met Pepin the Short, Charlemagne’s father. Pepin the Short dealt with Bachkauf, and threw its cut tail into a spring. That's why the local springs have a smell of hydrogen sulfide. According to another legend, the king of the Franks did not manage to cope with the monster, and it occasionally appeared here also in more recent times. Anyway, Bachkauf is one of the heroes of the annual carnival, held in Aachen in February. It begins traditionally on February 11 and lasts exactly two weeks. The festival time is crowned with a Children's Carnival - an event which attracts visitors from all over Germany.

The World Equestrian Festival is another reason to visit Aachen. Aachen’s racetrack brings together the world’s best riders every June. The capital of the Frankish Empire is now called the mecca of the world of equestrian sports. Those who have once been in this tournament, dream to come back here. But horses can be seen not only on the racetrack. Bronze horses are another symbol of Aachen. Tourists like to be photographed against their background. Hot-tempered fans of horse racing will probably not miss other attractions like a luxury casino in Aachen, either. It was opened more than a hundred years ago for travelers not to be bored at the springs in Aachen. Now it is also possible to combine treatment and entertainment: after all the famous hot springs in Aachen, are always ready to serve those in need of their healing power as in Roman times. There are several springs in Aachen with clinics built around them.

Europe’s fate was being decided in Aachen back in the days when most of the cities that are now on the world map did not still exist. Then again, today Aachen is not so much a German, but rather a European city. It is located almost on the border with Belgium and the Netherlands. In the 1950s, when there was not even speech about European integration, there was a bus in Aachen with its route ending in the Netherlands. Now, at the time of the European Union, it surprises hardly anyone. By the way, people in Aachen believe Charlemagne’s empire is the prototype of the modern European Union, and the city itself, therefore- its legitimate capital.

Aachen is a city worth visiting for all those who are interested in European history, love horse competitions, want to plunge into the hot springs, and don’t mind enjoying haute cuisine. People familiar with it say this trip is unforgettable

Cafes, bars and restaurants in Aachen 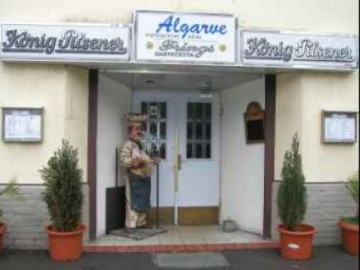 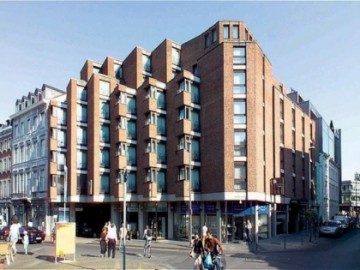 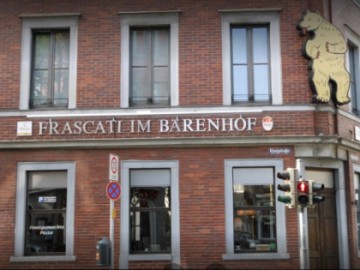 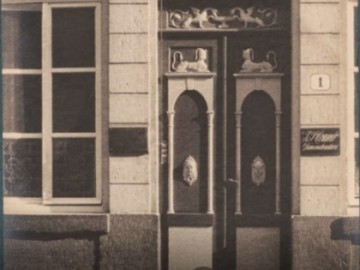 Landmarks in the city Aachen 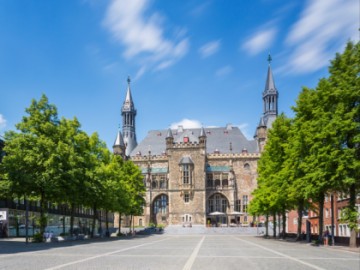 Town Hall - a Unique Example of the Late Gothic 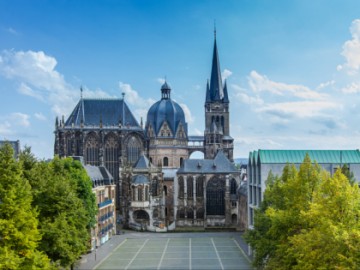 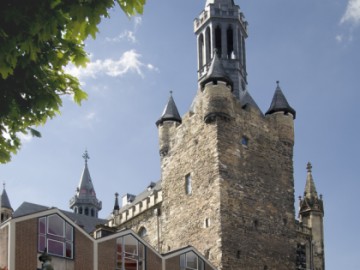 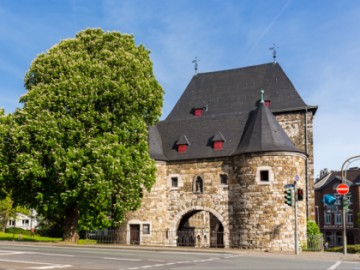 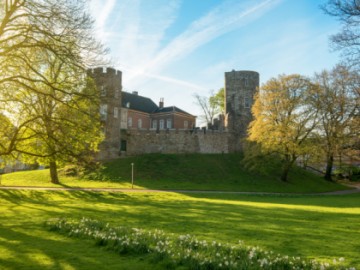 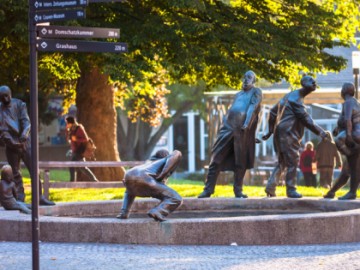 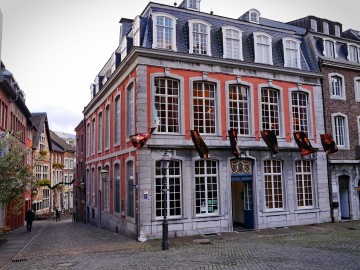 Couven Museum -Evidence of the Life of the German Burghers