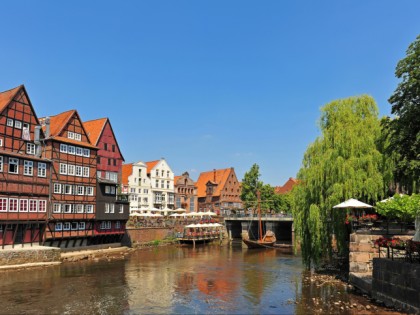 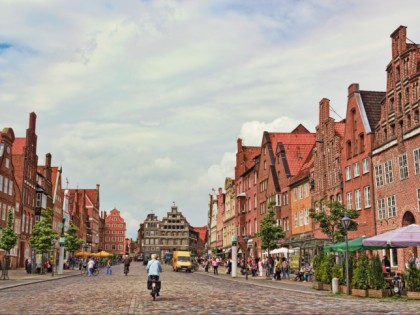 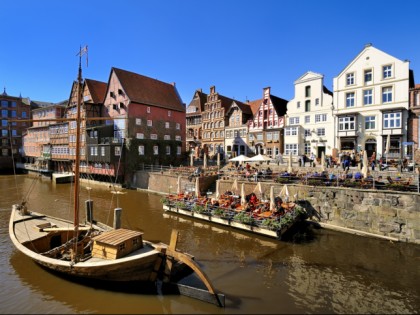 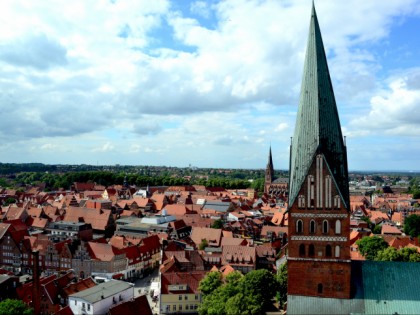 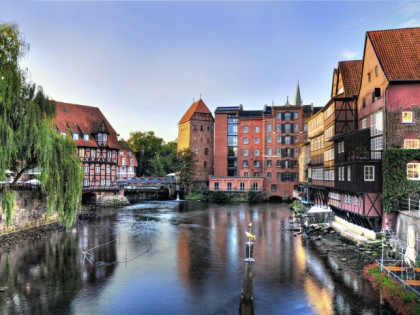 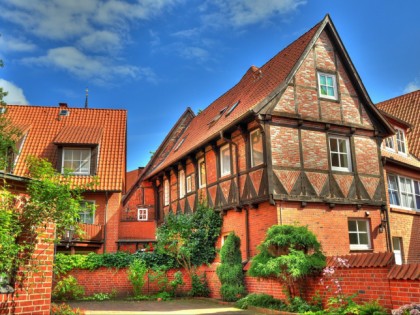 Lüneburg, the town of “white gold” and buckwheat cake

Due to the perfectly preserved historical center, Lüneburg is considered to be one of the most beautiful towns in the north of Germany. Slightly sunk houses and their lopsided façades still remind about the source of the town’s prosperity – salt, which the townsfolk call “white gold”. In the medieval ages salt was unbelievably valued, as before the invention of fridge it was the main means to keep foodstuff fresh. When the price for salt decreased because of the beginning of its mass production, people of Lüneburg found another source of income – thirst. Today the town holds the second place in the number of bars per capita, losing only to Madrid.

The very first mentioning of Lüneburg in the chronicles of 956 was connected with salt extraction. According to the legend, local residents learned they were sitting on treasure only accidentally: having shot a boar that was splashing in a puddle, the hunter dried his hide and discovered salt crystals in it. In Lüneburg salt was pumped with water from underground and evaporated. During many years the town kept its monopoly on salt supply in Northern Germany and was considered one of the most important towns of the Hanseatic League: all merchants used salt to preserve their goods. For a certain period of time the town was ruled by the dukes of Braunschweig-Lüneburg. However in the 14th century the townsfolk organized an uprising, demolished their castle on the hill of Kalkberg and achieved the status of a free imperial town. Profit from the trade was invested in construction of red brick houses that have been perfectly preserved till today. Only maybe some of them have slightly tilted, as salt was being extracted from under them. In the 17th century the town began to lose its position, not having found an alternative to the salt that started falling in price. Nevertheless, the salt mine was only shut down in 1980. Today there is museum of German salt in its place. Salt wells are now used for filling thermal baths: water saturated with mineral salt helps relax before spa treatment, while fumes full of salt has positive effect on lungs.

Lüneburg is recognized by its wooden Old Crane, dating back to 1797. However, the very first crane appeared in the town already in 1330. It was used to load salt on ships. It was manipulated manually, with the labour of prisoners. The old department store (Altes Kaufhaus) is located near the crane. The original interior of the building was destroyed during a fire in 1959, however it was possible to preserve the baroque façade of the 18th century. In 2010 a hotel was opened here.

Lüneburg town hall was built in 1230. The office of the head of the town is located here, that’s why it is possible to see the interiors only if accompanied by a guide. You absolutely have to visit the 13th century Baptist Church of St. John because of its baroque organ, where Johann Sebastian Bach learned to play. It is known that after the death of his parents, the future composer lived in Lüneburg for several years. The so-called “Black House” opposite the church was built from dark-grey bricks in 1548 and was a brewery, a restaurant, a shop, a bank, while in the second half of the 20th century it was occupied by the Commerce and Industry Chamber. The 14th-15th century St. Michael church “remembers” how in 1701-1702 Bach went to school here. Here he sang at the church choir and studied with the organist and composer Georg Boehn.

The gastronomic district of Lüneburg, its “bar mile” – Stintmarkt is located on the other bank of river Ilmenau. It is pleasant to settle here on a terrace with a view on the river and try popular local dishes: roasted mutton Heidschnuckenbraten and smelt. The most common vegetables are potatoes, asparagus and kale. In August and September soup from green beans, pears and bacon is very popular in Lüneburg. No meal goes without boiled sausages Kochwurst. Knipp from pig’s head, bacon, cracklings, mutton, liver with addition of oatmeal has long time ago stopped being considered the sausage for the poor and goes well with the local beer “Lüneburger Pilsener” or schnapps “Heideküsschen”. You will get the best coffee at Schröderstrasse where you also have to try the Buchweizentorte – a cake from buckwheat flour and heather honey with layers of fruits, yoghurt and cranberries, decorated with whipped cream and chocolate shavings.

While in Lüneburg, you can become a character of a “soap opera” at any moment. In Germany the town is first of all associated with the TV show “Red Roses”. It started in 2006 and already counts 1650 episodes. Filming is conducted in the streets and in an imaginary hotel “Magi”, with hotel “Bergström” playing its role.

There is always something happening in Lüneburg. Spring festival is accompanied with waffle baking, amusement rides and is closed with large-scale fireworks. In June the town hosts the largest music festival in the region, Lüneburger Stadtfest. Music, dance and sports teams perform during this festival. Karaoke competition final takes place on the last day. In September the town celebrates Oktoberfest by organizing a tent for two thousand people and an open terrace for another 600. October is the time for tribute to the past and selecting the Master of Salt, or Sülfmeistertage, when competitions on barrel rolling take place. A Christmas market opens in front of the church of St. Michael in December, and the marketplace is filled with fragrance of roasted chestnuts, sausages and mulled wine.

Cafes, bars and restaurants in Lüneburg 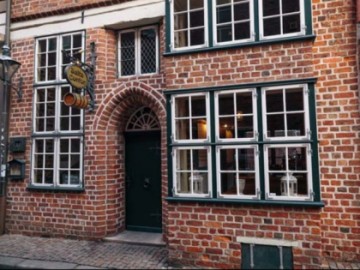 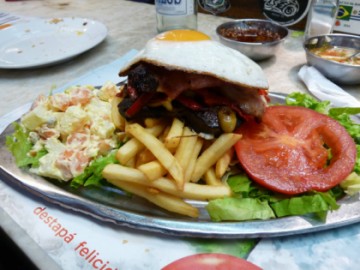 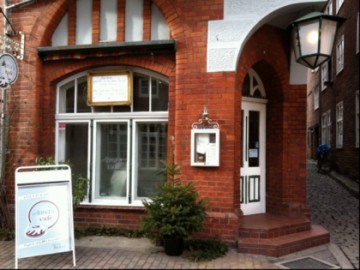 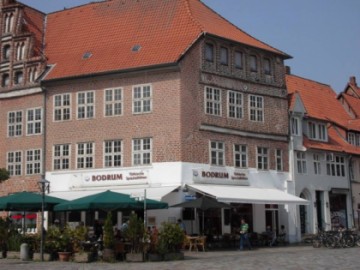 Bodrum
Restaurant
Am Sande 43a, 21335 Lüneburg
Middle Eastern, Turkish
See all
See all

Landmarks in the city Lüneburg 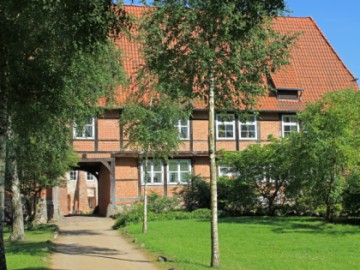 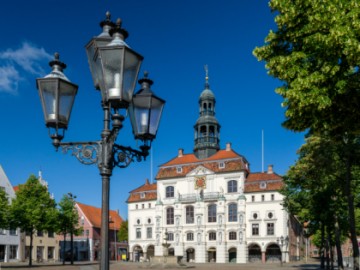 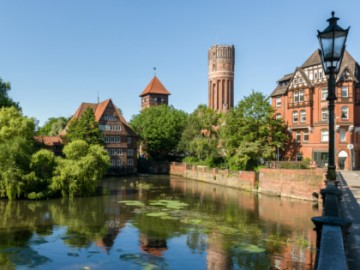 Tank Tower with a view on Hamburg 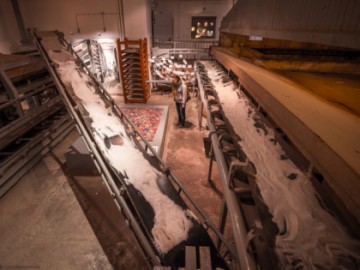 German Museum of Salt – history of the “white gold” 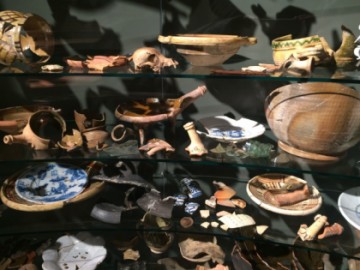