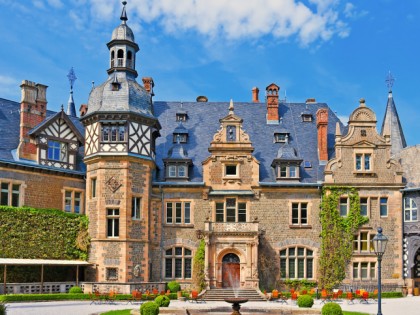 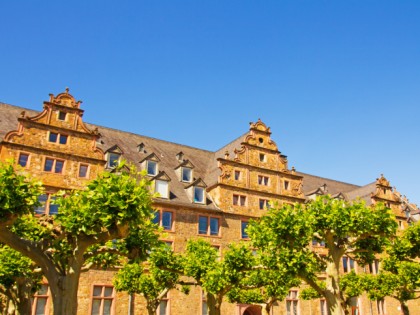 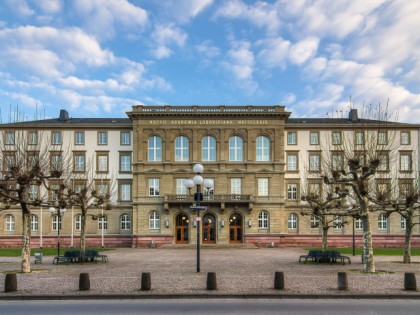 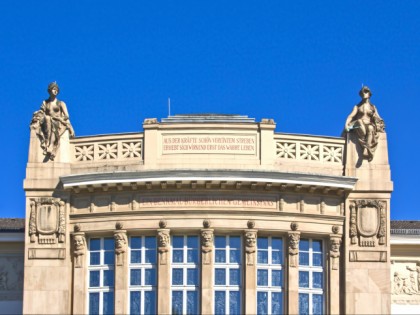 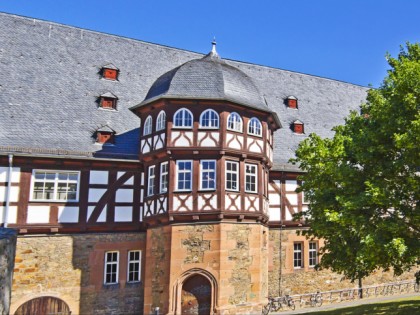 Small Giessen looks quiet and provincial. There are no luxurious palaces and park ensembles or streets lined with half-timbered houses here. But there is the wonderful Matematikum Museum, where complex mathematical laws and principles of physics are explained in games and visual experiments. The oldest botanical garden in Germany pleases the eye with its flowers and trees from all over the world. Unusual monuments with everyday scenes and hatch covers- each of them almost a work of art of advertising- attract attention in the city streets.

Giessen was founded in the middle of the XII century. In 1152, Count Wilhelm von Gleiberg built Giessen Castle just a few kilometers from his family nest Gleiberg and moved to live in it. As it usually happened in those days, a settlement emerged around the castle. Already in the middle of the XIII century it became a town. Eventually it became a major transportation hub with a lot of highways passing through it. A university appeared here in the XVII century. Wilhelm Roentgen taught and headed the Department of Physics at the university. The ashes of the scientist rest in the old town cemetery. Chemist Justus von Liebig was a lecturer at the university. He is the author of a number of important discoveries in the field of organic chemistry.

Although Giessen does not stand out with architectural beauty, it attracts with unusual places of interest. Here is, for example, the Botanical Garden (Botanischer Garten Gießen), which celebrated its 400-year anniversary in 2009. It is Germany’s oldest survived garden of those opened at the university in the XVII century. It was initially an apothecary garden. Until the XIX century, exclusively medicinal plants were grown in it. But now it includes about eight thousand species of plants from all continents. The most interesting museum in Giessen is the interactive Matematikum Museum, dedicated to the queen of sciences. This is a great place for adults and children to enjoy studying the laws of mathematics, physics and geometry with the help of experiments. All sorts of puzzles, mirrors, magnets, and computers - all the interactive environment of the museum is "working" to develop logical thinking. The city’s Oberhessisches Museum is located in Leib's and Wallenfels' houses and the old castle. The castle exposition is devoted to the history of crafts; archaeological findings are kept and information about the city’s history is presented in the other two departments. Unfortunately, Badenburg - the XIV century knight's castle was poorly preserved. It was destroyed still back during the Thirty Years' War. Nevertheless, tourists still love to tour its ruins.

In Giessen the so-called "cheese with music» (Handkaes mit Musik)-the culinary specialty of Hesse–is a must-try. It is mature cheese, the color of dried cod, soaked in a marinade of apple cider vinegar, vegetable oil and green onions, topped with caraway and pepper. All of these additives give it a specific flavor - "music". The cheese is served on a peasant's bread with butter and Stöffche- Hessian apple wine –is the best drink for it. In addition, for more than a hundred years several varieties of beer have been brewed in the city under the brand name Giessener.

In winter, on the eve of Lent Giessen, like many other German cities, hosts Fasching Carnival (Fasching means the "eve of Lent"). The holiday, also known as the "Fifth Season", starts on the Fat Thursday (Weiberfastnacht) and lasts till Rose Monday (Rosenmontag). Its main event is the carnival procession, whose members, dressed in costumes of princesses, clowns, witches and other evil spirits, pass through the city accompanied by the orchestra. They sing, dance, throw confetti over the audience and treat them beer. The holiday, of course, is far from the Brazilian and Venetian carnivals in its size, but it is worth having a stop in Giessen.

Cafes, bars and restaurants in Giessen 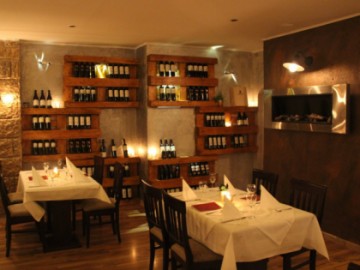 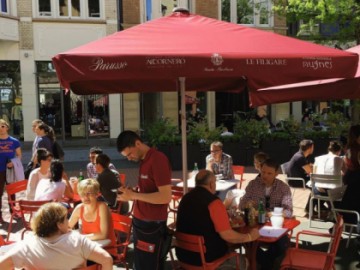 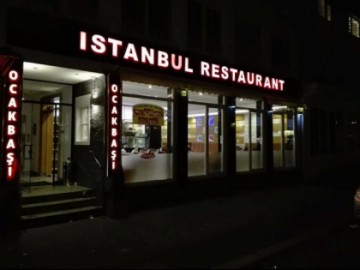 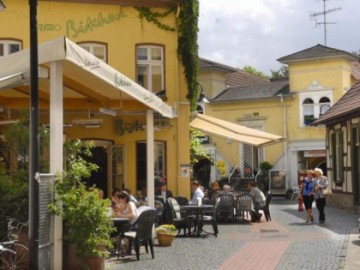 Landmarks in the city Giessen 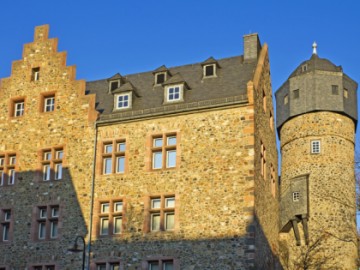 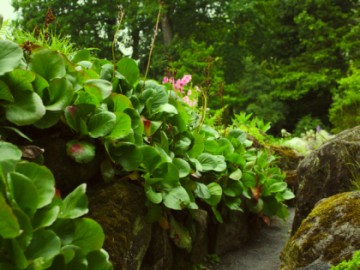 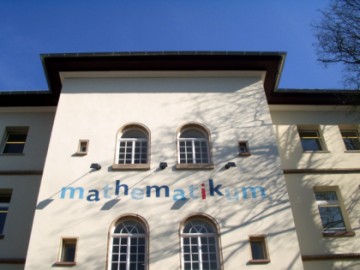 Matematikum - the temple of Queen Sciences 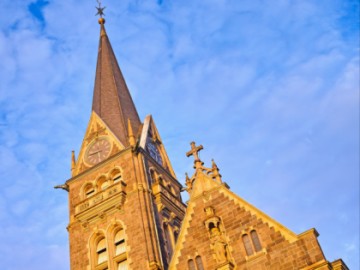 Liebig Museum and the "talking head»