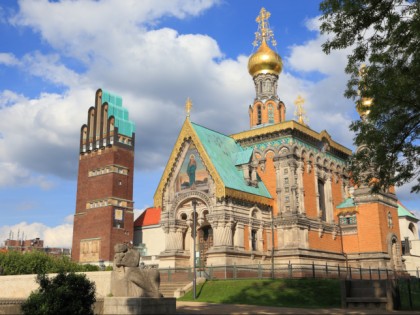 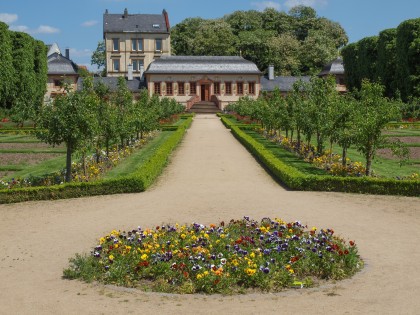 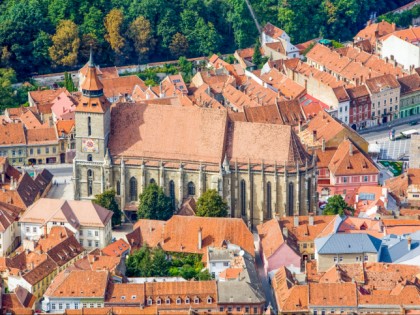 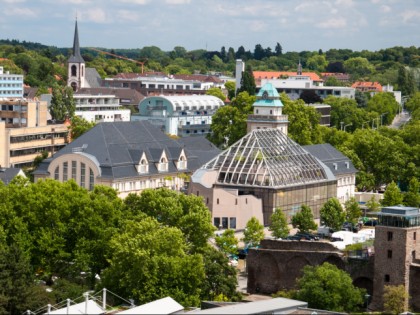 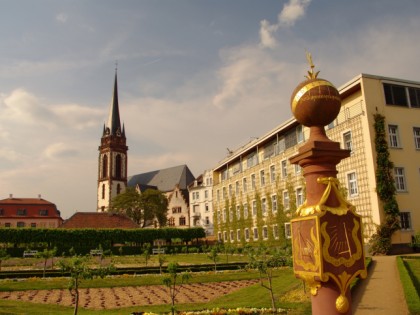 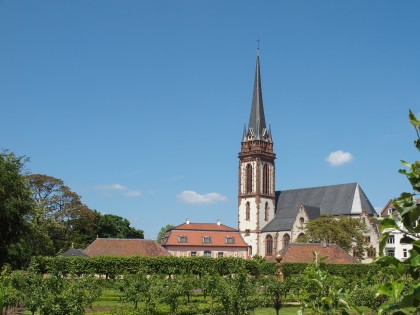 Darmstadt: a godsend for aesthetes and intellectuals

Creative atmosphere and intellectual potential – this is how you can introduce Darmstadt in short. For a little over a hundred years it acquired the glory of a scientific town and progressive center of innovations. However the city also attracts people of art. A group of painters founded a colony on the hill of Mathildenhöhe, having constructed a modernist quarter; Austrian Hundertwasser presented a complex “Forest Spiral” to the city, while the most talented writers of Germany receive the Georg Büchner Prize in Darmstadt.

Darmstadt counts approximately a thousand years. In the 14th century emperor of the Holy Roman Empire Ludwig IV Bavarian gave it the status of a town, and Darmstadt entered the county of Katzenelnbogen, and then the Landgraviate of Hessen. In the 19th century it became the official residence of the Princes of Hessen, and it was here that two future Russian empresses were born: the wife of Alexander II, Maria Alexandrovna, and the wife of Nicholas II, Alexandra Fyodorovna. Names of poets Georg Büchner and Johann Goethe are also associated with Darmstadt: the first was born here, while the other lived here for some time.

Image of Darmstadt as a scientific and cultural center began to form already in the 19th century. At that time the Technical School (presently a university, included in the list of the leading higher education institutions in Germany) became the first higher education institution in the world to open courses on electromechanics. At the same time duke Ernst Ludwig of Hessen-Darmstadt, patron of arts, invited to Darmstadt a group of painters and sculptors leaded by Josef Olbrich, the author of the Vienna Secession. The duke wanted these masters to live and create in one place. Thus an artists’ colony Darmstädter Künstlerkolonie appeared on the hill of Mathildenhöhe. A whole residential complex in the modernist style was constructed. One of the constructions, the Wedding Tower, or Hohzeitsturm, became the main visual symbol of the city. In short, in those times Darmstadt won fame of the main center of art nouveau, or jugendstil, in Germany. Achievements in science and culture continued in the second half of the 20th century. Darmstadt became a household name in chemistry: the 110th element of the periodical system was synthesized here and received the name of darmstadtium. The city also left a mark in space development: the European Space Operations Center (ESOC) is located here. Darmstadt has also become famous in the sphere of fine arts: the Hessian State Museum stores the largest collection of works of the post-modernist artist Josef Beuys, while the local Institute of Music stores the largest collection of post-war recordings.

In the sphere of gastronomy Darmstadt has many faces. It does not have its own specialty, however local restaurants recreate atmospheres of other countries with German scrupulosity – both in interior design and cuisine. So pizza is made here as expertly as rolls and traditional sausages with cabbage. However Darmstadt has its own beer. It is produced under the Braustüb'l brand.

It is impossible to visit Darmstadt without visiting that very artists’ colony on Mathildenhöhe, where several residential houses presenting jugendstil have been preserved. Unfortunately, author interiors have been lost during the World War II but recreated later with maximal reality. The must-see programme should also include the work of Friedensreich Hundertswasser – an unusually looking colourful residential complex “Forest Spiral” (Waldspirale). In the historical center of the city you have to see the Old Town Hall, cultural center “Centralstation”, Hessian State Museum, while outside the city – the archeological reserve Messel protected by UNESCO. Shopaholics have a huge shopping mall Luisencenter on the central square of Luisenplatz at their service.

If you want to find out how Germans can have fun, come to Darmstadt in the beginning of July. At this time Heinerfest – the day of the city – takes place here and is celebrated for almost a whole week! The festival was first conducted in 1951. According to the plan of the then mayor, the event was to become the symbol of the city’s resurrection and return to peaceful times after 1944 bombings. The programme of the city day includes more than 100 cultural events, including concerts of classical and jazz music, theater performances, performances of dance groups from the entire Europe, film screenings and photo exhibitions. Everything finishes with beautiful fireworks.

Cafes, bars and restaurants in Darmstadt 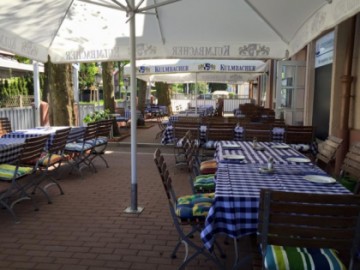 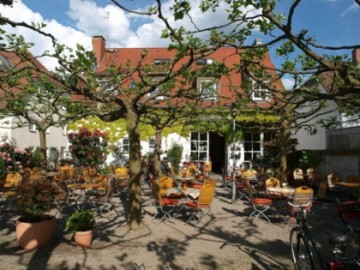 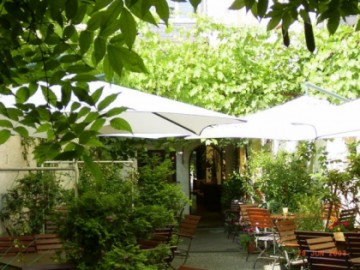 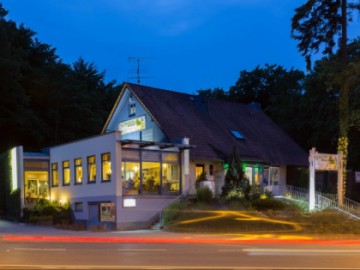 Landmarks in the city Darmstadt 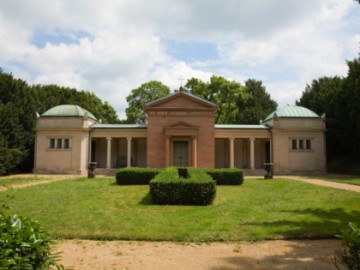 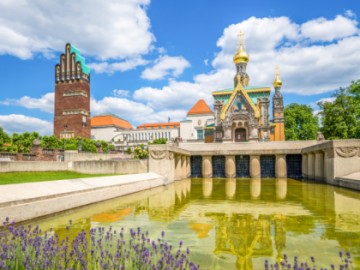 Wedding Tower, or “The City Crown” 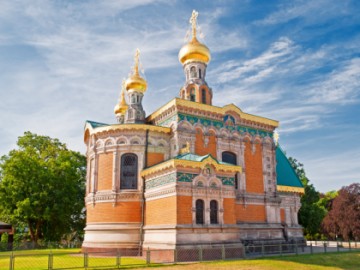 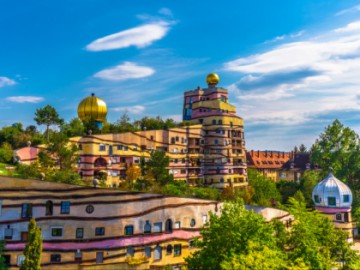 Snail house “Forest Spiral” – a gift from an Austrian 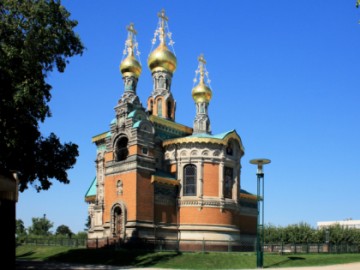 Maria Magdalena church, or the gift of the Russian Tsar 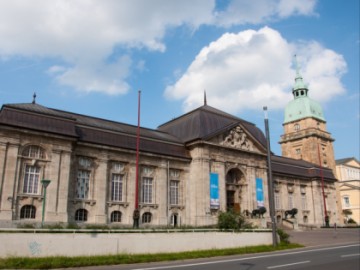 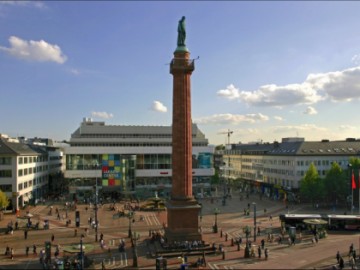 Luisenplatz with bronze Ludwig I 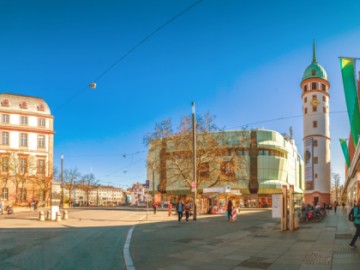 Darmstadt
Auditorium and gallery in Weisser Turm
Museums and Exhibitions

Auditorium and gallery in Weisser Turm