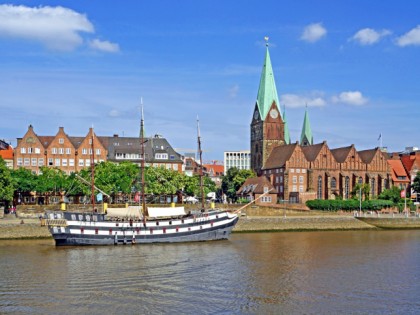 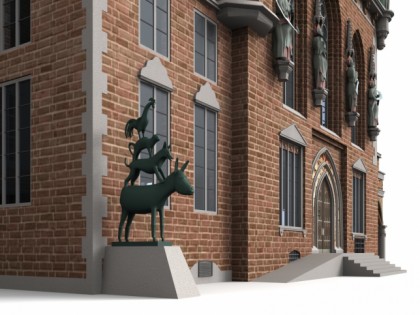 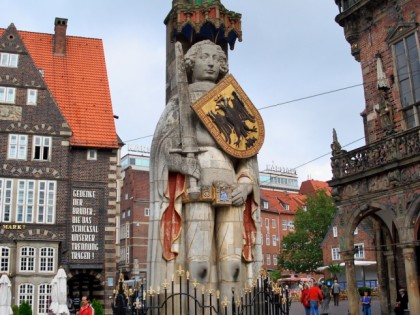 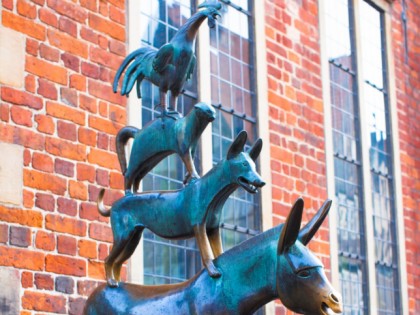 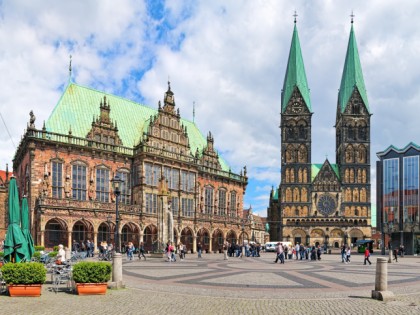 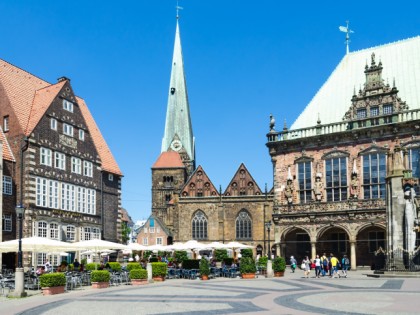 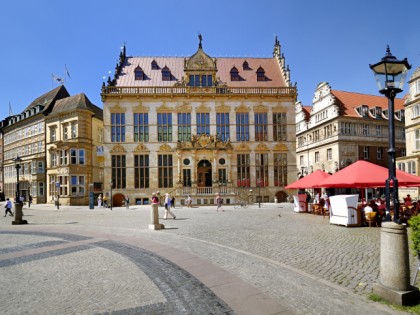 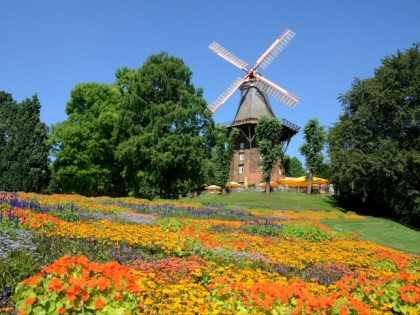 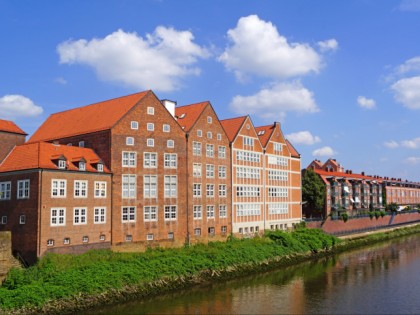 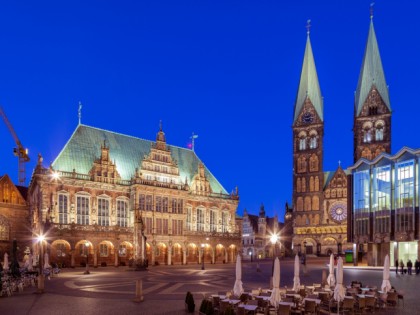 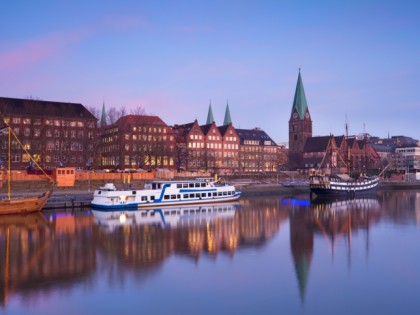 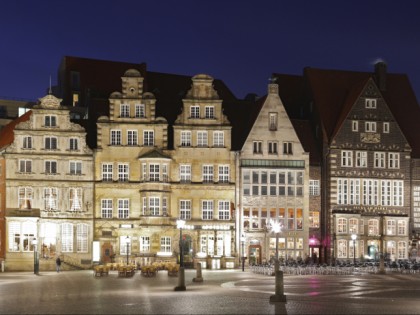 Bremen – the city of free wind

Bremen should be visited in order to admire the old market area, to drink some wine from the cellar of the local town hall, to enjoy a cup of coffee, which is famous in the city, and, certainly, to taste the Kale und Pinkel. The largest in Europe Rhododendron-Park and the unique Betthershtrasse street might also please the eye of the visitors. The medieval Schnoor district could show how citizens have lived in Bremen in the XIII century. To gain a good luck superstitious people should rub the donkey’s hoof on the statue of “Town Musicians of Bremen” and should spit on the stone, where the severed head of a local poisoner laid.

Bremen is the tenth city in Germany in terms of population (544,000 inhabitants). Citizens of Bremen are proud of the fact that they have never been a part of a fief. The Free Bremen was under the the direct control of the Holy Roman Emperor. Charlemagne founded the city in 787. Later it was the residence of the archbishop, and in 1260 Bremen entered the Hanseatic League. At the beginning of the XV century Bremen oficially gained the status of a free city. Golden statue of Roland on the market square is the medieval symbol of liberties in Bremen.

Bremen Market Square with St. Peter's Cathedral and the town hall is considered as one of the most beautiful in Europe. It has a medieval charm in it. In addition to the statue of Roland, attention is drawn to another sculpture – “Town Musicians of Bremen.” The statue represents the heroes of Grimms' Fairy Tales. A bronze donkey, a dog, a cat and a rooster are standing on each other. They have "settled" on the square in 1951 and since then "the band" became one of the symbols of the city. It is believed that rubbing the donkey hoof could bring good luck. Another attraction on the square is the town hall. It was built in the XV century. Inside there is a wine cellar. Within its walls more than 650 wines from all over Germany are kept. They say it is the largest collection of the Rhine wine in the country and, certainly, it is the oldest wine shop in Germany. Wine by the glass from the barrels in the Bremen Ratskeller traded for more than 600 years. However, beer in Bremen is also very popular. Known in the world of beer brand Beck's was born here.

Another popular drink on the streets is coffee. Bremen has always been considered the capital of coffee. Perhaps this is due to the fact that the first coffee house in the north of modern Germany was built in Bremen in 1673. Since it is assumed that the most delicious coffee in Germany have always been brewed in Bremen. This glory was strengthened by the local merchant Ludwig Rozelius, who invented decaffeinated coffee in 1905. Today many well-known coffee brands (eg, Jacobs) are packaged in Bremen. A cup of local coffee is especially good after a hearty lunch. Like everywhere else in Germany - there are many pork dishes on the menu. But exclusively Bremen dish is Kale und Pinkel - cabbage with sausage. Calais is a local variety of green cabbage. Pinkel – a traditional meal for the north German – is a smoked, coarse grained pork sausage with an admixture of beef fat and spices. In the local restaurants, however, Pinkel is served not only with cabbage, but with potatoes. The proximity to the North Sea explains the abundance of restaurants with fish dishes and seafood in the menu.

It is comfortable to walk by foot around Bremen. The city center is almost completely preserved historical appearance. Bremen’s “Altstadt” is one of the most attractive in Germany. The heart of the old city is the Schnoor district – the quarter with narrow streets and old houses. In the quarter there are many cafes, restaurants, souvenir shops and Bremen’s House of History. In the museum visitors are introduced to the legends and stories of the old town. Here, in particular, it is possible to hear the legend about a local poisoner Gesche Gottfried. This lady lived in Bremen at the beginning of the XIX century. She killed 15 people – mainly relatives – with rat poison. When her crimes became known, she was condemned to the death penalty. In April 1831, Frau Gottfried was beheaded. That was the last public execution in the history of Bremen. Since then, the city has a tradition: spit on the stone, on which – according to the legend – the head of the poisoner was placed after the execution.

In May or early summer a walk in Rhododendron-Park is necessary. There blooming rhododendrons of every conceivable color can be found. It is the largest collection of these flowers in Europe. Another spectacular event can be observed in Bremen in the second half of October. These days, the city traditionally hosts the Bremen Free Fair (Bremen Freimarkt). This feast has been celebrated since the Middle Ages. On the Market Square a continuous сarnival takes place with live music, street performers and mimes. For spectators contests and competitions are organized and in the evenings fireworks are held. All this is accompanied by the sellout of the results of a farm labor. The festival lasts for 17 days in autumn. That is a good excuse to visit Bremen at this time of the year!

Cafes, bars and restaurants in Bremen 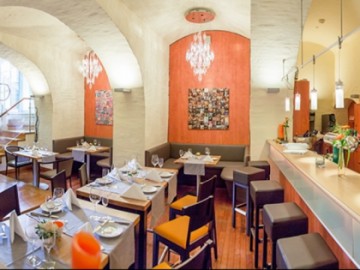 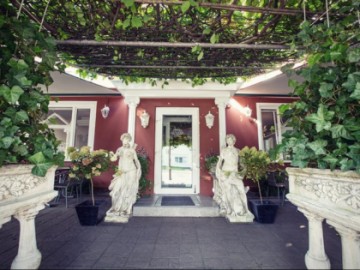 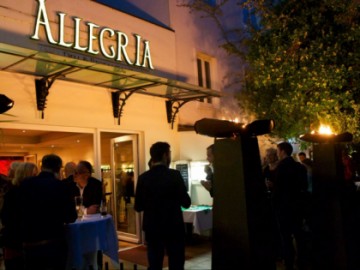 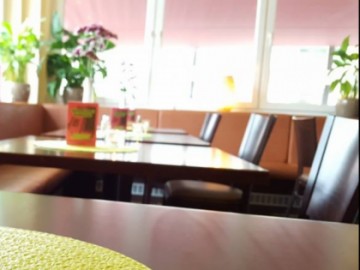 Landmarks in the city Bremen 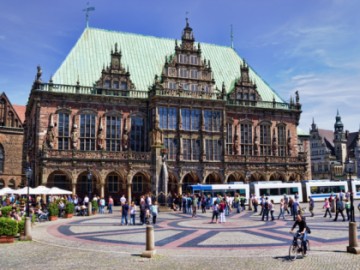 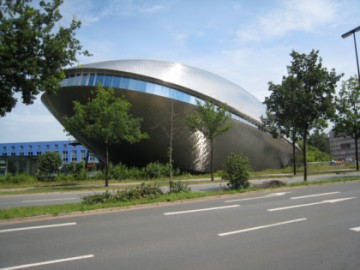 Universum Museum: experience for yourself 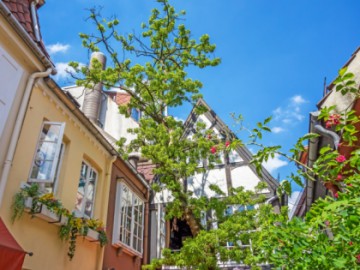 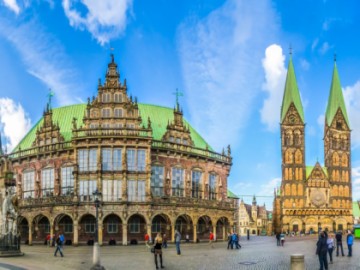 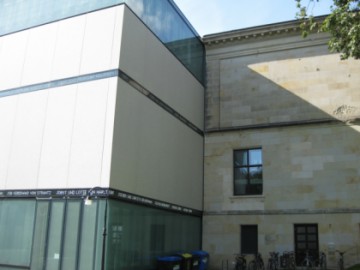 Kunsthalle has been keeping paintings since the XIV century 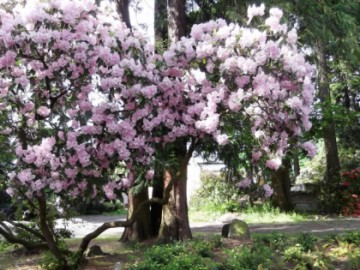 All colors of the rainbow in Rhododendron-Park 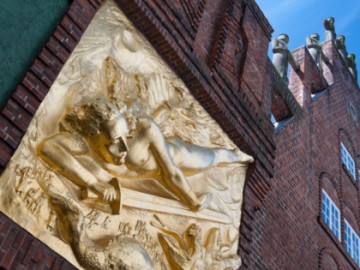