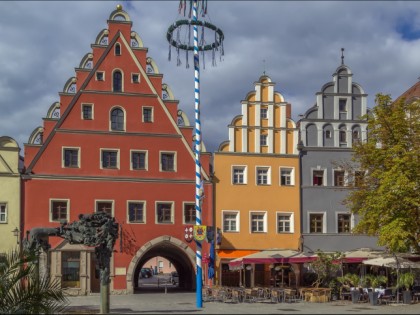 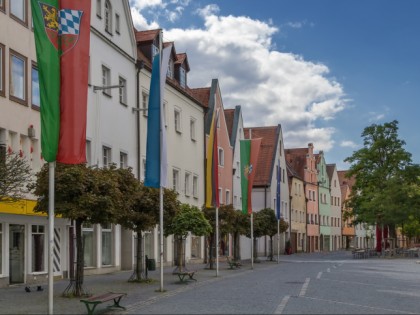 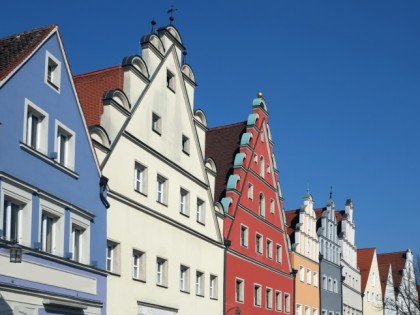 "Glass", "Porcelain", "Gold" and "Goethe Way" intersect in the city with a long name - Weiden in der Oberpfalz. Factories for the production of glass and ceramic products, available for purchase, have worked here since ancient times. The beautiful market square often hosts fairs and other fun activities.

Weiden in der Oberpfalz, located near the Czech border, is famous for the fact that the most important trade routes passed through it in the old days. The Golden Road went from Prague to Nuremberg (the best offices of goldsmiths were located on it). The Porcelain Route ran from Coburg to Bayreuth. Later the Glass Road was added, which ran from Waldsassen to Passau on the Austrian border, linking the centers of the glass industry in Bavaria. Magdeburg trade route, passing through Weiden to Magdeburg in northern Germany was also important in ancient times.

Weiden appeared on the map of Germany in 1241. Thanks to important trade routes that passed through the city, it quickly grew and developed. Since ancient times, porcelain has been held in high esteem. Two large porcelain production companies - Seltmann and Bauscher -work in the city. They are known far beyond the borders of Germany. There is also a porcelain museum. Glass production is another item of the city revenues. Nachtmann Company also having a worldwide reputation is responsible for it.

Market Square (Marktplatz) is the heart of Weiden, where the influence of the Middle Ages and the Renaissance was felt in the shape of the old buildings. The old Town Hall (Alte Rathaus) - a beautiful building with its facade ivy-cloaked -is also here. Two shopping areas, the Lower Market and Upper Market, adjoin it, where all kinds of eatables are sold and fun events are held. The markets are named by analogy with the lower and upper gates, which were once the entrance to the old Weiden and have survived to this day. The fortress wall fragments can also be seen. The piece of strong fortifications around the city park with the outer and inner walls, a corner tower and watchtower is the most impressive. They date back to the XIV century.

As elsewhere in Bavaria, people in Weiden love good beer. Both light wheat beer (Weissbier) and dark lager called Dunkel (Dunkles) can be found in the local beer garden. Gourmets will appreciate a portion of good champagne beer from the city of Freising with the beautiful name Infinium. The recipe of the drink was invented in the world’s oldest brewery - Weihenstephan (Bayerische Staatsbrauerei Weihenstephan). Exclusive beer varieties from Coburg-Bayreuth region are another interesting option. The smoked beer brewed according to medieval recipes of Schlenkerla beer from Bamberg mostly stands out. Pork ribs and the snack called Obatzda are good with beer. It is made of grated Camembert and butter with spices and bread crumbs. Wine fans should try the refined Franconian Riesling. Pork can be replaced by a carp dish with mild side dish, such as mashed potatoes, without sauerkraut, which Bavarians love and aggressive spices. You should taste very much valued asparagus in restaurants, in due season. People usually take Bavarian cream (Bavarois) for dessert. This is, perhaps, the least nutritious and a delicious sweet dish in the region, usually served with strawberry sauce and liqueur.

In Weiden cultural life is bustling. Its breath can be felt in the Old School House (Alte Schulhaus Weiden). This building is a former language school. Today, it houses the city museum, an art gallery and the Central Repository of Weiden. Max Reger’s House Museum is the second point of contact with culture. This is a name everyone knows in Weiden. Composer, teacher and organ player, Max Reger, spent his youth in the city, wrote here many works for organ. There is also a room of Max Reger in the museum center of the old school house. And in the early 90-ies of the XX century there was a concert hall - Max-Reger-Hall. Every year in May, the city hosts the Days of Max Reger, and his works can be heard all year round.

In addition to this cultural event in honour of Max Reger, Sommerserenade Festival concerts are held in Max-Reger-Park (Max-Reger-Park) lasting throughout the summer and bringing together fans of contemporary, classical music and dance. In April, Weiden is filled with the sounds of "meow": the participants of Cat Shows (Katzeshow Weiden) proudly defile. Spring Festival (Frühlingsfest) is held on May 1, when it is already possible to get on the grass in the park and enjoy the sun, or stay in the center of the city and listen to live music. In August, the Folk Festival (Volksfest) is widely celebrated, when you cannot do without beer and traditional Bavarian snacks...

Cultural events for all ages and all tastes, interesting itineraries for the curious, welcoming beer garden and cafe with a beautiful terrace, plus the Goethe Way make the route by which the great poet went from the Czech Karlovy Vary to the Alpine Innsbruck and romantic Venice through Weiden! You will have absolutely no time to get bored in Weiden!

Cafes, bars and restaurants in Weiden in der Oberpfalz 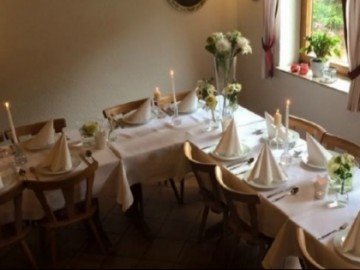 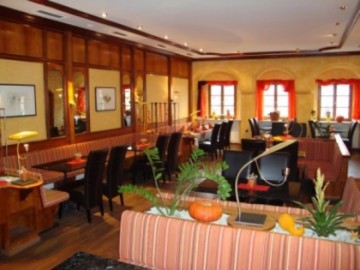 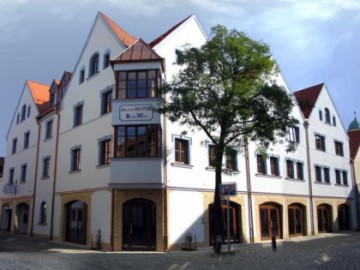 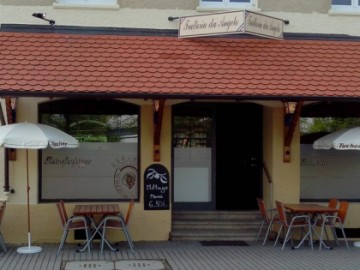 Landmarks in the city Weiden in der Oberpfalz 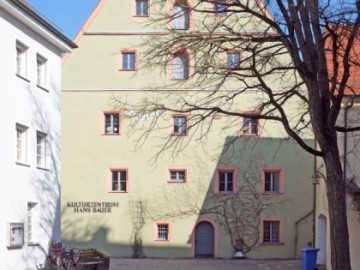 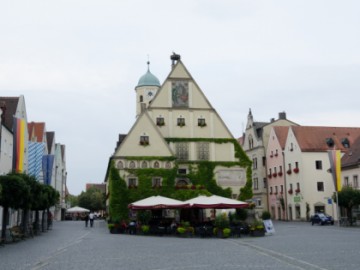 Market Square and Old Town Hall: Meeting of the Middle Ages and Renaissance