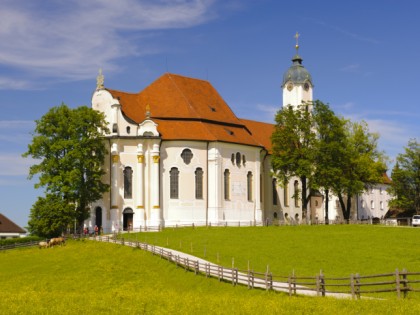 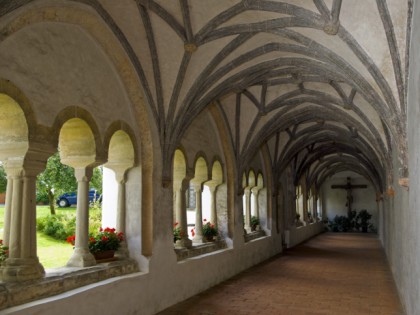 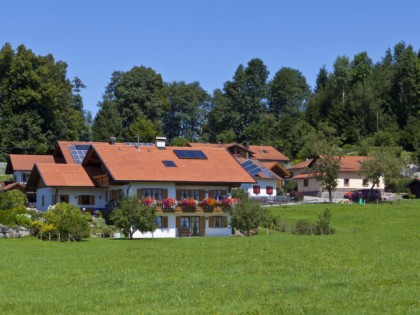 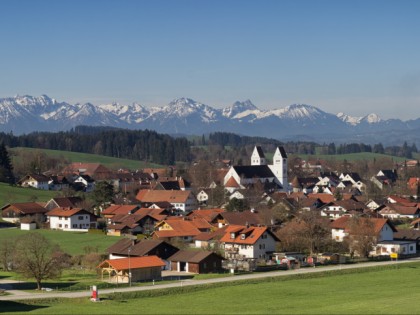 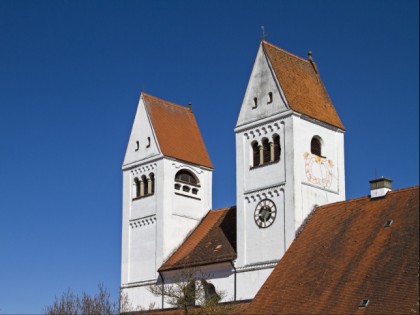 The small Bavarian commune of Steingaden with a population of less than three thousand people attracts around one million tourists annually. The secret of its popularity is in the masterpiece of German Baroque -the Pilgrimage Church of the Scourged Saviour. This magnificent church is located 5km south-east of Steingaden. A monastery church of the XII century with rich rococo decoration has survived in the commune.

Steingaden emerged around the Monastery of the Premonstratensian Order (Kloster Steingaden). This Catholic monastery was founded in 1147 by Margrave of Tuscany and Duke of Spoleto Welf VI. The monastic complex was built in the Romanesque style. In the XV century, the building was renewed in the Gothic style and the porch reminds of this style today. After the big fire in the XVI century, the monastery was restored and the church choir was completed in the Renaissance style. The frescoes of the history of the House of Welf on the north wall date to the beginning of the XVI century. At the end of the XVI century, the temple was added with baroque altars. After secularization in the early XIX century, most of the buildings were destroyed, but the parish church (Welfenmünster) survived. Its large-scale reconstruction began in 1950 and continues to this day.

Today, you can learn the 650 years’ history of Steingaden’s monastery of the Premonstratensians Order in detail in its museum (Klostermuseum im Pfarrhof). The special atmosphere is still felt in the monastery garden (Der Klostergarten St. Johannes). Locals have built a stone labyrinth for meditative walks in it.

But Steingaden’s main attraction is the Pilgrimage Church of the Scourged Saviour in Wies (Wallfahrtskirche Zum gegeißelten Heiland auf der Wies). This unique temple is located 5km from the city. The story of the church in Wies began with tears. In 1732, a wooden figure of the Scourged Savior was brought to Steingaden during the cross procession, but was then sent to the monastery storeroom. Three years later, it appeared on the farm of Mary Laurie in Wies. On June 14, 1738, Mary and her husband noticed tears on the face of the Savior. The news of the miracle spread through the district and the pilgrimage to the statue began. Soon, the number of pilgrims increased so that it made clear it was necessary to build a church. The first church was built in 1740. It has survived to our days and there is a park around it now. But Wies continued to attract pilgrims. Therefore, in 1745 the abbot of the monastery in Steingaden, Marinus Mayer, decided to build a great temple at this place. Now, there is a museum at the church. The pilgrimage church becomes a venue of classical music concerts from May to September, at the festival “Holiday Summer in Wies” (Festlicher Sommer in der Wies).

Traditions are held in high esteem in Steingaden. The popular Bavarian pastry called Knieküchle, which is worth a try here, is connected with one of the traditions. It is made from yeast dough. The middle of the pastry must necessarily be thin and the edges must be thick. Knieküchle is fried in hot oil and sprinkled with powdered sugar. According to one version, this way of baking goes back to the times when Bavarian women began to roll out the dough so thin as to be able to read love letters through it.

The other traditions relate to holidays. For example, on the first Sunday after Ash Wednesday people of Steingaden make bonfires to drive away winter (Funkenfeuer). Another tradition is associated with planting on the first of May of a maypole (Maibaum), painted in blue and white and decorated with traditional figures and works of local artisans. The tree is stored in the cache under guard, because by tradition, inhabitants of the neighboring towns try to steal it on the eve of the holiday. If the "thieves" succeed, they return the tree in exchange for the stipulated amount of beer and snacks. Ulrichstag held on July 4 is one of the most spectacular festivals in Steingaden. On this day, about 100 horsemen in traditional costumes gather from all the surrounding villages in the town square at 9am. From there the procession moves to Kreuzberg, 3km south of Steingaden. A service is given at 10am in the Church of Kreuzberg (Kreuzbergkirche) and then the ceremony of blessing of horses is held at a meadow with their manes festively decorated with flowers. This tradition dates back to the Middle Ages, when it was attempted to protect horses from the plague in this way.

Modest Steingaden with its splendid Pilgrimage Church is definitely worth a visit. Where else can you feel the flight of the soul, admire the skill of the architects and artists who painted the interior, if not in such places? This masterpiece of Bavarian Rococo will certainly be remembered for a lifetime ...

Cafes, bars and restaurants in Steingaden 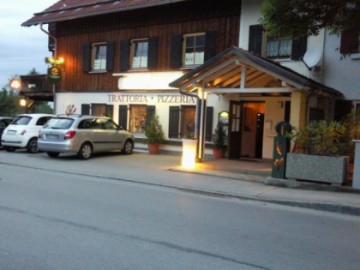 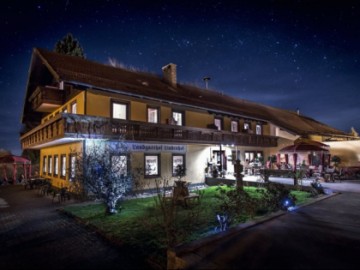 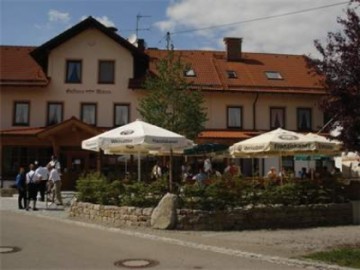 Landmarks in the city Steingaden 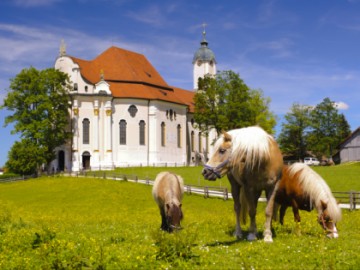 Pilgrimage Church of the Scourged Saviour in Wies 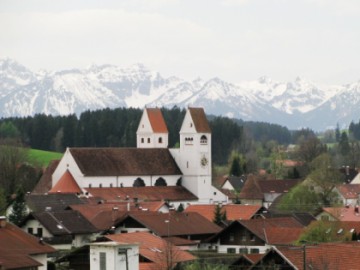 Church of St. John the Baptist - Traces of Former Power