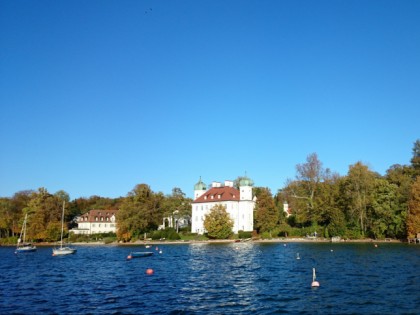 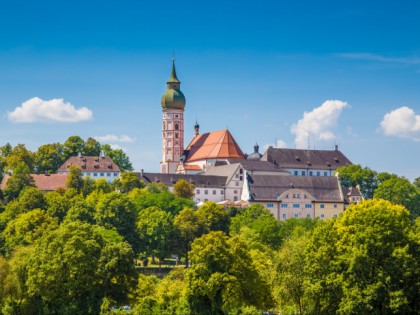 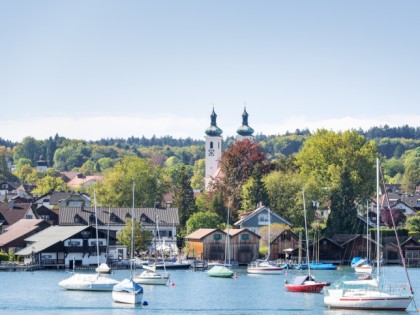 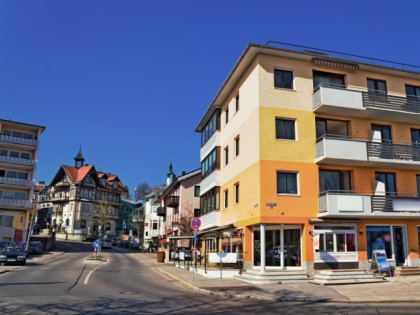 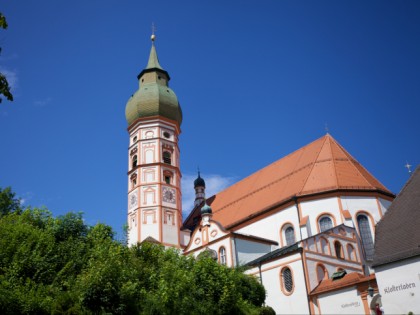 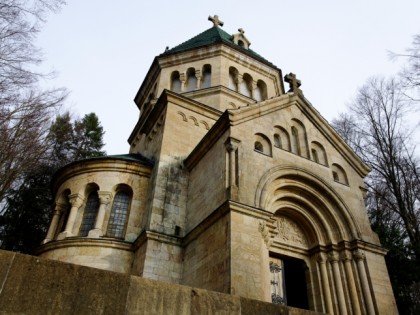 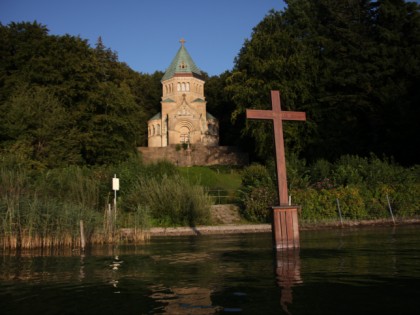 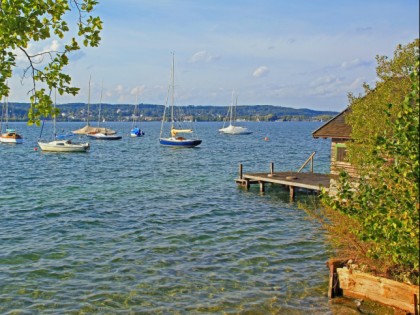 Bavaria has its own Riviera and its own Nice. It is the coast of the Starnberg lake and the town of Starnberg where there are more rich people living than anywhere else in Germany. The town will be to the liking of those who are not indifferent to picturesque views of  the lake and have a soft spot for cozy historical centres.

Starnberg is a comparatively young town – it has been known since 1266. It was quiet and not particularly remarkable until the beginning of the 19th century, when noble families from the entire Bavaria decided to choose it as the place for vacations. Pleasure ships appeared on the Starnberg lake, villas with view on the Alps “grew” on the shore, while the town welcomed aristocrats and intellectuals who came here not so much to rest but in search of inspiration. For example, Austrian writer-expressionist Gustav Meynrink spent the last 20 years of his life in Starnberg. Here he wrote his bestseller “The Golem”. Bavarian monarch Ludwig II was also a guest in these parts, as he liked to rest at the lake. It is here that he died trying to swim across the lake. Descendants of Werner von Siemens, the founder of Siemens AG, still live in Starnberg. Townsfolk like to joke that there are more yachts here than unemployed.

The Starnberg lake has its own museum, Museum Starnberger See, where you can learn about the aristocrats who loved to visit the place. Not far from the town there is an old Andechs Abbey. People come to the cloister not only to see the shrines kept here but with a more simple aim too: to try the monastery beer Andechs Weissbier. It has always been a big success here and was produced almost on industrial scale: not in a small brewery but in a factory. The town of Starnberg also has things to see: the historical centre and an elegant church of St. Josef.

Besides drinking the monastery beer, in Starnberg you also have to try favourite dishes of those who are used to having holidays here year in, year out. For example, Eisbein with cabbage, roasted pork Schweinebraten, beer sausage Bierwurst which does not contain any beer but is simply always recommended together with the local beer. You will also find unique desserts in the town on the lake: Bavarian crème that slightly resembles Italian panna cotta, Bavarian plum pie, the 8-layer Prinzregententorte cake that symbolizes 8 Bavarian regions.

In order to be able to have a holiday on the Starnberg lake you don’t have to be a Bavarian aristocrat and own a villa. It is enough to come here for a couple of days or for the weekend. Strolls along the waterline and sightseeing in Starnberg are an ideal version of holidays that can be easily included in your trip around Bavaria.

Cafes, bars and restaurants in Starnberg 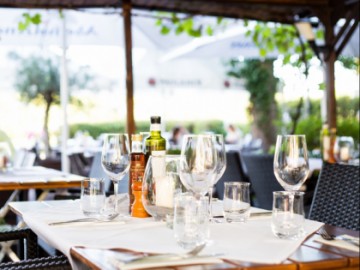 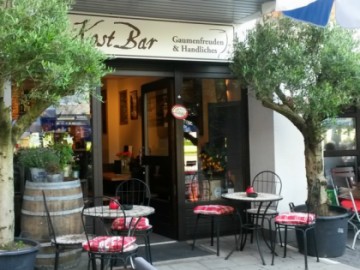 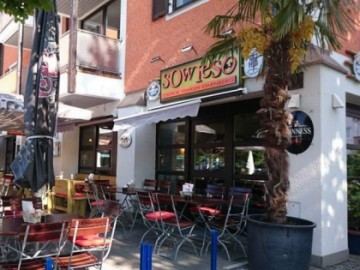 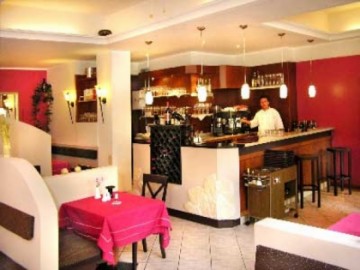 Landmarks in the city Starnberg 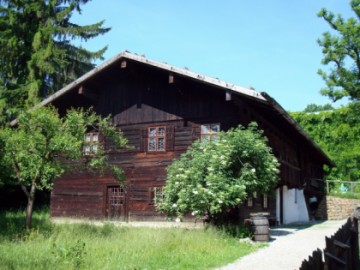 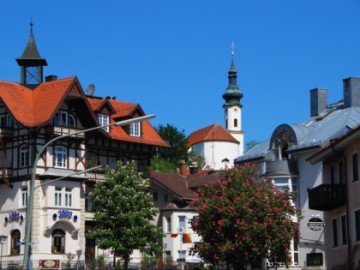 St. Josef Church as an example of local genius works