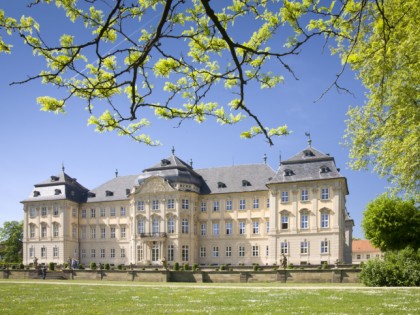 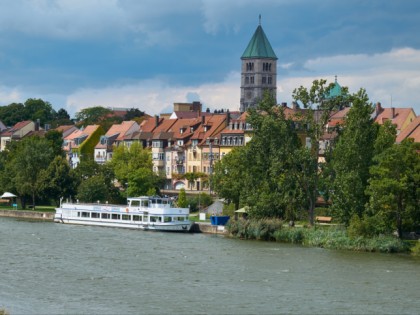 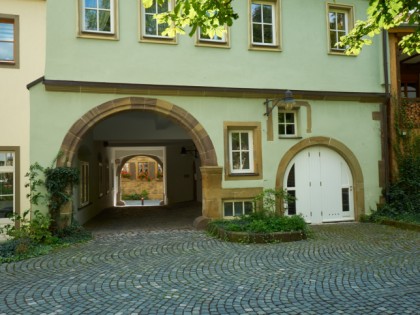 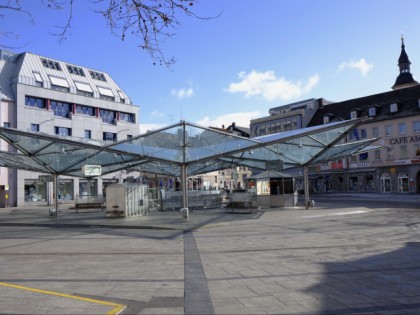 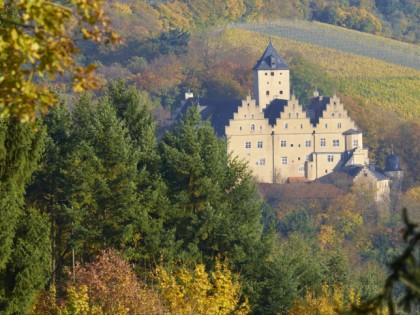 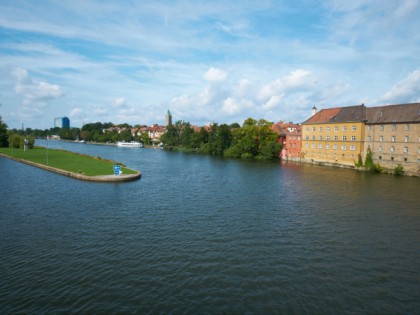 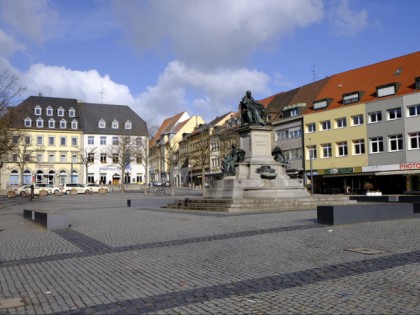 The name of the small town of Schweinfurt means "pig ford". In the center you can see the local mascot - small bronze pigs. Traditional Bavarian cuisine consists of pork dishes. A walk in the old town and in Zurich district is a pleasure. Due to these places, the picture of medieval Europe opens before the eyes.

Schweinfurt is one of the oldest cities in Franconia. It was first mentioned in the chronicles of 740, however was called Villa Suinfurde at that time. In the XIII century, Schweinfurt was allowed to call itself a free city of the Holy Roman Empire and the indispensable attributes of the city- the Town Hall, the fortress wall, the city gates appeared there. In 1542, the majority of residents raised their voice for reform of the church and submitted to Lutheranism. Nearby lords turned against the city and Schweinfurt was seriously injured. The city fully recovered in 1615, but soon the Thirty Years’ War broke out in Europe. Defender of the Protestant, Swedish king Gustavus Adolphus took Schweinfurt, saving it from the Catholic troops. Even now in Schweinfurt you can see buildings erected by the Swedes.

Shortly after the end of the Thirty Years' War, four scientists organized the establishment of Academia Naturae Curiosorum in Schweinfurt. It was a cross between a laboratory for the study of nature and what later the Russian Emperor Peter the Great called the Cabinet of Curiosities. The academy still exists and is called the German Academy of Sciences or Academy of Sciences Leopoldina. Leopold I, Emperor of the Holy Roman Empire gave it this name. It's like the oldest scientific institution in Germany. However, at the end of the XIX century Leopoldina was moved to the livelier city of Halle. Nevertheless, the opening of the academy had a positive impact on the development of science in Schweinfurt. For example, in 1777 local chemist Johann Martin Schmidt invented white lead. Since then, and for almost 250 years Schweinfurt has been one of the centers of the chemical industry in Germany. A known chemical compound used against rodents and pests that is now called Paris Green, was once called Schweinfurt green.

The most valuable landmarks of Schweinfurt are concentrated on Market Square (Marktplatz) and near it. The square with old houses and a monument to poet and translator Friedrich Rückert, one of the most famous native of Schweinfurt, is a beautiful corner of the city. But Marktplatz is mostly picturesque on Tuesdays and Fridays, when local farmers bring their products here. The medieval town hall, part of the city wall, the medieval school (which today is the city museum (Stadtmuseum) are surely worth seeing. In the old city it is impossible to avoid Zurich -the carefully recreated medieval neighbourhood. You should also walk along the waterfront and Main, known as Gutterman-Promenade. Gutterman was a historian and teacher, born in Schweinfurt. Be also sure to take a picture on the main town square with one of the bronze piglets - the city symbols. Their minimized copies are sold at all the souvenir shops.

After touring the city's attractions, you can taste a real piggy. Pork dishes couldn’t but be included in the culinary preferences of Schweinfurt. Pork knuckle (hock), with a delicious crust, and pork chops and grilled pork sausages, the traditional food all over Bavaria can also be found here. Both beer and local Franconian wine, in white and red varieties are popular traditional Bavarian drinks here. You can try the cheapest in Germany, but very delicious ice cream at a cafe on Georg Wichtermann Square!

Cozy Schweinfurt offers a leisurely stroll and rest in its parks, cafes and restaurants. The town is very small, so a trip here should be combined with visits to other Franconian places of interest- in adjacent and no less interesting Bamberg, for example, which is 20 minutes’ drive from Schweinfurt.

Cafes, bars and restaurants in Schweinfurt 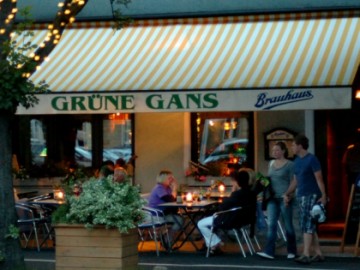 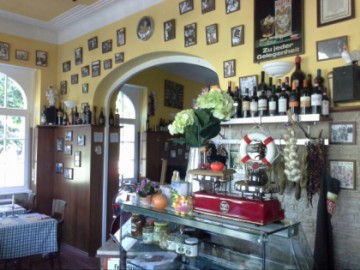 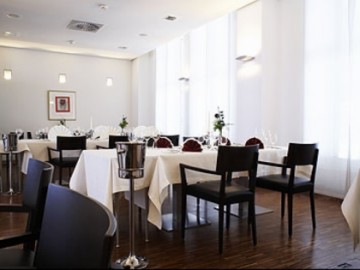 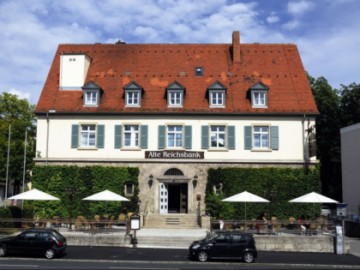 Landmarks in the city Schweinfurt 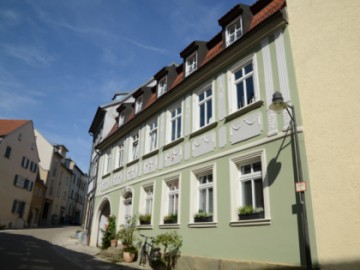 Schweinfurt
Zurich in the Bavarian Province
Other places

Zurich in the Bavarian Province 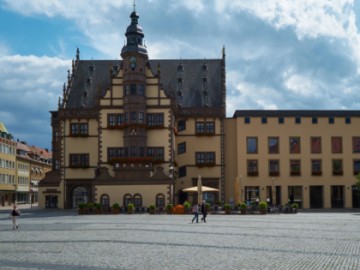 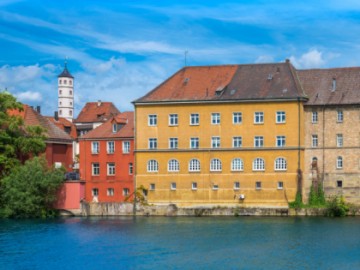