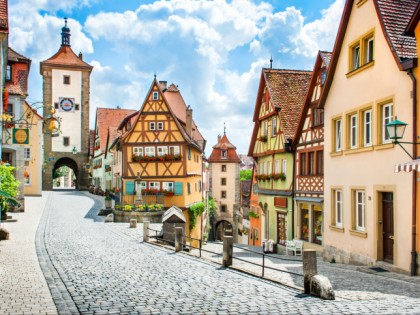 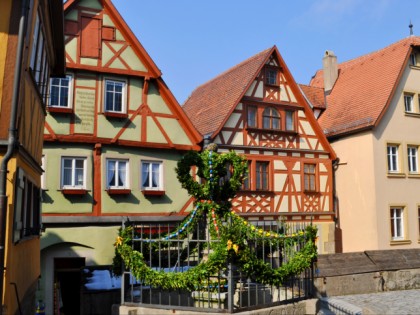 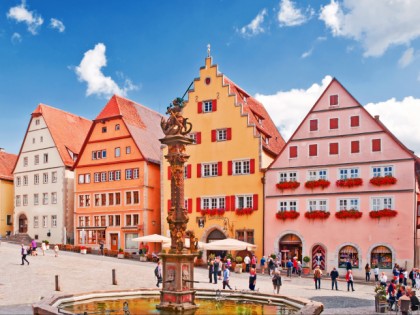 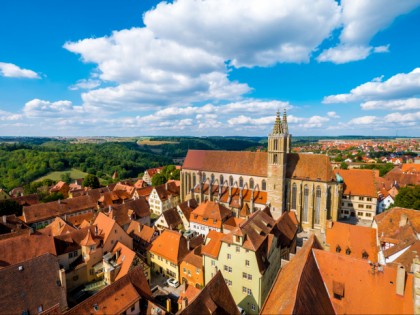 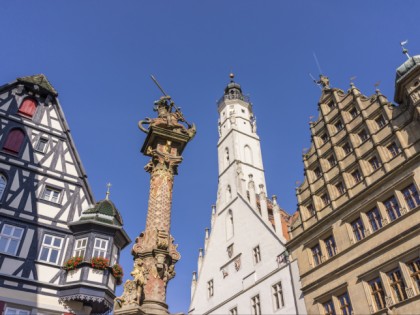 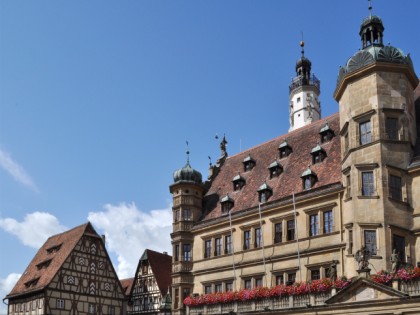 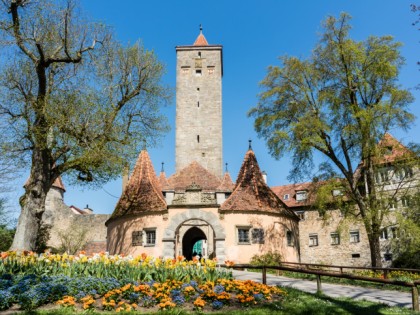 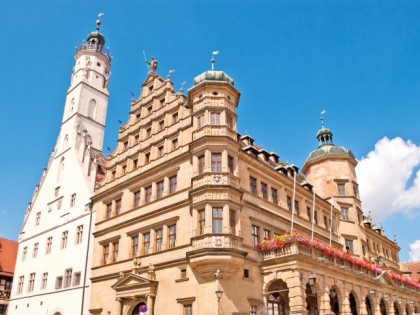 Rothenburg ob der Tauber, which translates as "Red fortress above the Tauber River" is known far beyond Bavaria. In 1902, Wassily Kandinsky immortalized it in the film "Old Town"; the beauty of the city inspired Walt Disney while he was working on "Pinocchio". Besides, “Harry Potter and the Deathly Hallows” was recently filmed here. Every year, two million tourists visit the city, the center of which has remained the same since the XVII century!

It seems as if time has stopped in Rothenburg ob der Tauber. The city center is dominated by the XVII century construction. The tiny squares and narrow streets have hardly changed since the Middle Ages. Many toy stores and souvenir shops are decorated with intricate gold signs. But posters and billboards are simply prohibited. That is why filmmakers are so fond of the town: they don’t need to spend time and money and take efforts for the appropriate decorations. Here people are surrounded by them from all sides!

The history of the magic town began more than 900 years ago. Counts of Comburg-Rothenburg built the first fortified castle on the hill near the Tauber River in 1070. It has not survived, but was destroyed during an earthquake in the middle of the XIV century. However, the absence of the ancient fortress does not prevent Rothenburg ob der Tauber to maintain the fantastic atmosphere supported particularly by the night ranger Hans Georg Baumgartner. Every evening at 8pm he appears at the town hall on the Market Square dressed as a guard with wide-brimmed hat and lantern. Night Ranger leads a night time tour, followed by tourists wishing to “connect with” the history of the ancient city and hear the most incredible legends. The observation deck located on the Town Hall Tower (Rathausturm) will help to tune into the romantic atmosphere of the town. You only have to climb 220 steps and enjoy a complete view of the city!

The windows of local cafes and bakeries lure with "Rothenburger snowballs” (Rothenburger schneeballen). This house-special dessert is made of shortcrust pastry rolled into balls and sprinkled with powdered sugar - hence the name. Sometimes the balls are coated with chocolate and nuts, or marzipan stuffing is added. The recipe of the "snowballs" is more than 300 years old! Initially, the pastry was served only on special occasions, such as weddings, but now you can try it at any cafe in the city. And, of course, in the restaurants there are traditional Bavarian dishes: marinated roast beef, potato pancakes, and apple strudel.

In Rothenburg ob der Tauber locals keep in memory almost a magical story about the events of Thirty Years’ War that is called "The Master Gulp” (Der Meistertrunk). Count Tilly reining in the city was ready to burn it down, but his rage changed to mercy, when Mayor Georg Nusch offered him a cup of 3.25l. local wine. Tilly announced he would spare Rothenburg if someone from the citizens could drink it all at a time, with which the task Mayor Nusch coped! Scenes from the story are played out at the beginning of each hour on the XVII century puppet clock on the facade of the former City Councillors' Tavern (Ratstrinkstube). In addition, since 1881 the townspeople have annually organized a costume parade early in summer, which is reminiscent of the miraculous salvation of the city.

The city residents in general have an eye for holidays. For example, in August, all gather in Gruner Square (Grüner Markt). The restaurant-keepers and winemakers here offer about 70 species of local wines. The classical varieties Silvaner and Müller-Thurgau enjoy unchanged success. Another parade of residents in historical costumes takes place at the first weekend in September, during the Imperial City Festival (Reichsstadt-Festtage) with a torchlight procession and fireworks. And, of course, there is little that can be compared with the beauty of Rothenburg ob der Tauber in December, when the city captivates with sparkling garlands, ringing bells and all kinds of Christmas decorations! The city’s traditional Christmas Fair (Alt-Rothenburger Reiterlesmarkt) is considered one of the most beautiful in the country. Another feature of it is that it works all year round! Although with its pre-New Year mood in December the fair is alluring and attractive.

It’s unbelievable, yet true: in the XVII century, the long-lasted 30-year war between the Catholics and Protestants helped Rothenburg ob der Tauber to become a "Sleeping Beauty" and "be conserved" in time. So if you want to see the medieval Germany as it was described by the Grimm brothers, this fabulous town will exceed all your expectations! 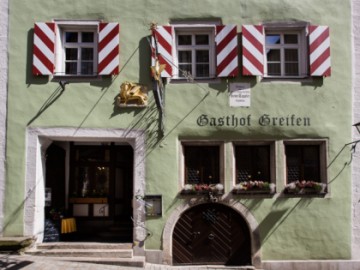 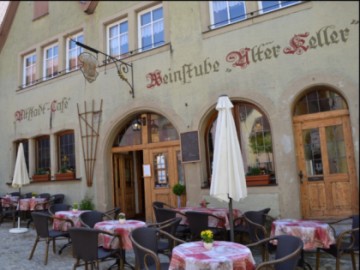 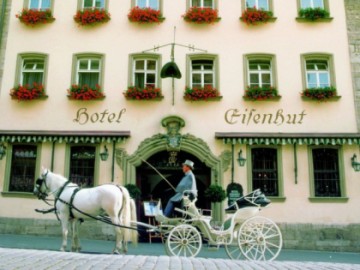 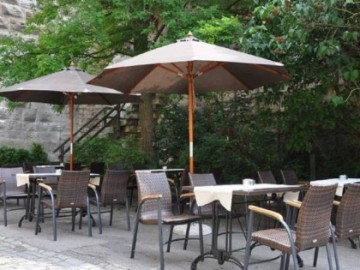 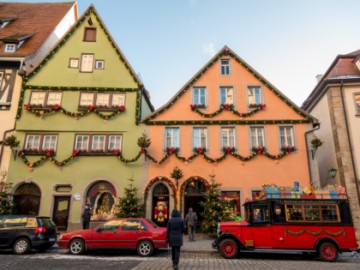 German Christmas Museum: a Holiday All Year Round 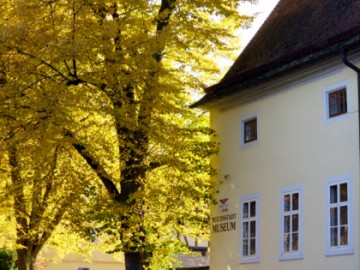 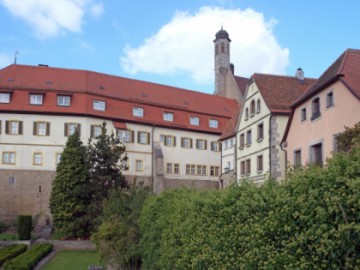 Museum of the Middle Ages and History of Crimes of Torture 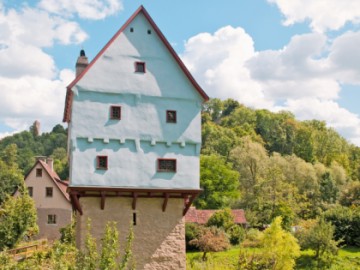 Mayor’s House at the Tower

Old House of Crafts: Jack of All Trades