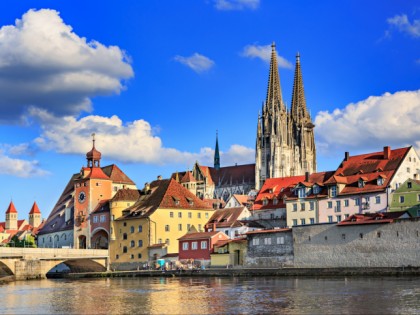 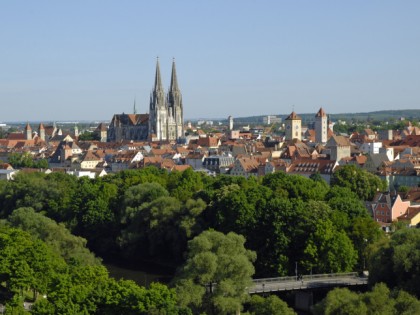 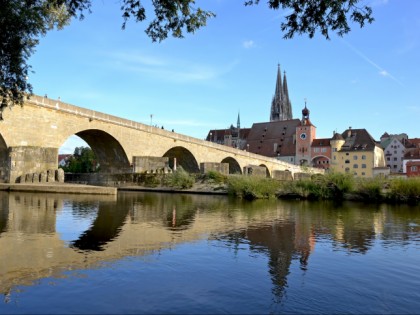 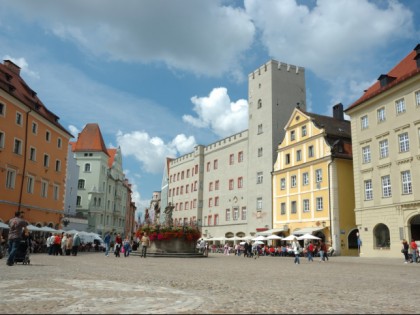 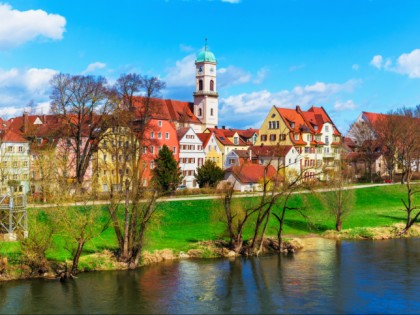 Regensburg - two thousand years in the heart of Europe

Bavarian Regensburg is not very well known, but the more it’s exciting to open it for oneself. The city is two thousand years old, but it remained almost better than other cities of medieval Europe. There once sat the Reichstag of the Holy Roman Empire - the prototype of the current European Parliament. The building is still standing in its place. The urban Stone Bridge was once considered one of the wonders of the world. The majestic Cathedral has always been and remains a masterpiece of northern Gothic and a cradle of German Christianity. Not for nothing the Old Town enters into the UNESCO World Heritage list. Moreover, you can visit the museum of genius Johannes Kepler in Regensburg and look at the house where the hero of Spielberg's "Schindler's List" film lived, and also eat in the oldest hot dog joint in Europe and stock up with the world’s best mustard ...

Regensburg is known since Roman times. There was a Roman fortress in the first century, in place of the modern city – a Northern Roman outpost on the Danube. The fortress was destroyed during the raid of the Germanic Marcomanni tribe, but part of it, as well as the Roman brewery survived. By the way, this is the oldest brewery to the north of the Alps. Emperor Marcus Aurelius in the late second century A.D. rebuilt the city, giving it the name of Castra Regina. Regen is a river that flows into the Danube here, hence the current name of the city. Located at the confluence of two rivers - the Danube and Regen, the city has developed rapidly as a trade center. It was one of the richest cities of the German world by the XII century. The evidence of this is the Stone Bridge, which was completed in 1146. Once it was considered one of the wonders of the world, as it was the first stone bridge in Europe. The blossom of trade also contributed to the beautification of Regensburg. Wealthy merchant families competed in the erection of stone towers. The one who built the highest and most beautiful tower was the most revered in the city. Some of Regensburg towers still remain. The value of the city grew even more when meetings of the Reichstag of the Holy Roman Empire started to take place there. Since the middle of the XVII century the German principalities, even the tiniest ones, sent their representatives to Regensburg to discuss the affairs of the German world. Meetings of the Reichstag were held up until the second half of the XIX century, when the German principalities finally united under the reign of Prussia.

Regensburg Cathedral is the main Gothic church of Bavaria, the cradle of German Christianity. There are other Protestant churches alike – the Church of St. Jacob, the Church of St. Ulrich and Obermyunster basilica. The Goldener Turm (Golden Tower) and the Old Town Hall are among the wonders of the city. In the Middle Ages, the city people were very proud of these buildings. The history of Regensburg was written not only by architects and their works’ customers. The city is also associated with the great astronomer and mathematician Johannes Kepler, who died there. The city has its museum. Another remarkable personality, who lived in Regensburg, already belongs to the XX century. A businessman Oskar Schindler, famed by Steven Spielberg, lived just in Regensburg. This is recalled by a memorial plaque installed on his house. Pope Benedict XVI also left his mark in the history of Regensburg. Joseph Ratzinger taught theology in Regensburg. All this and other fragments of the city’s two thousand years’ history can be found in the local History Museum.

In Regensburg, you can visit the historical sausage kitchen (Historische Wurstkuhl). Historians claim that this is one of the world’s oldest food outlets. To feed the builders of the famous Stone Bridge a house was built specially for them, where they could eat. They were nourished with cooked meat and sauerkraut. However, 900 years have passed and quite different and special sausages are served here nowadays. The fact is that the food outlet belongs to the family of the current owners since 1806. And for the past two hundred years the family has been keeping in secret the recipe of its sausages, which remains unchanged! A side dish, composed of cabbage, black bread and mustard, does not change as well. According to estimates, the "sausage kitchen" sells six thousand portions of its signature dish per day! Although the kitchen is open from 8 am to 7 pm, there are always crowds of tourists here in summer.

Besides these incredible sausages, worth noticing in the city is the mustard «Händlmaier». This sweet homemade mustard was once created to the recipe of Luise Händlmaier  just in Regensburg. Here it is rated the best in the world, and a specialized shop of that brand has been opened in the heart of the city in Untere Bachgasse street. It can also be found in the city restaurants.

Cafes, bars and restaurants in Regensburg 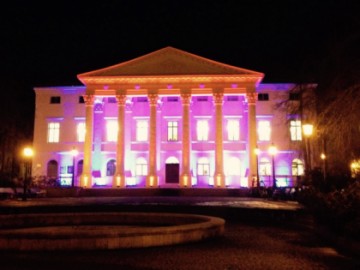 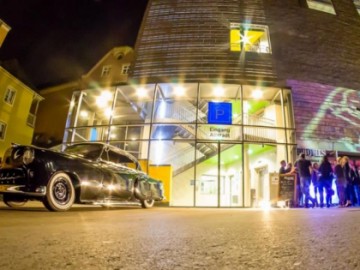 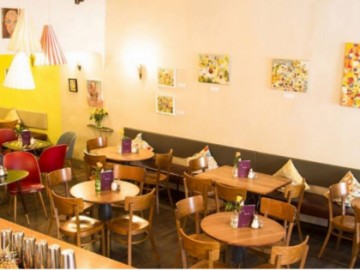 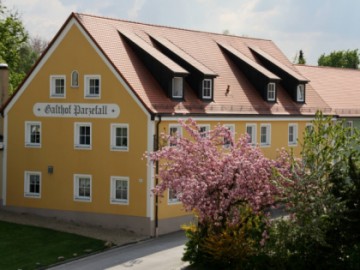 Landmarks in the city Regensburg 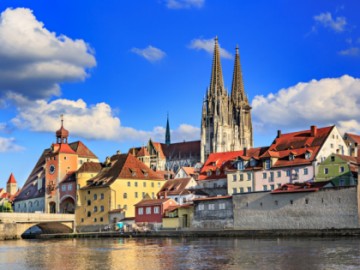 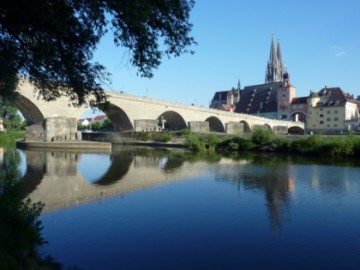 Regensburg
The stone bridge
Other places

The first stone bridge in Europe 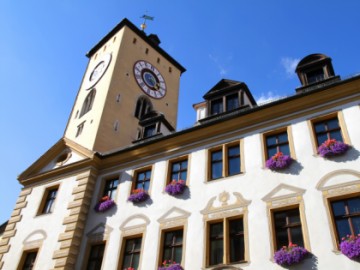 Old Town Hall and European Parliament with a torture chamber 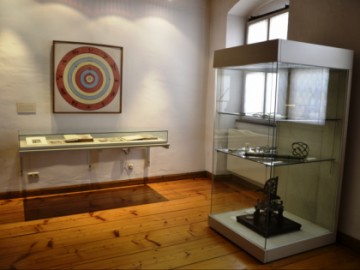 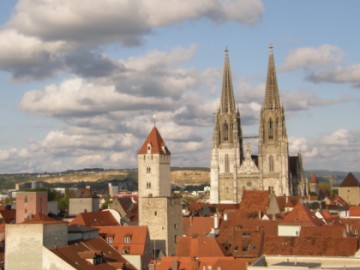