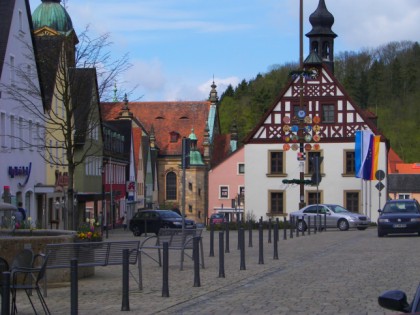 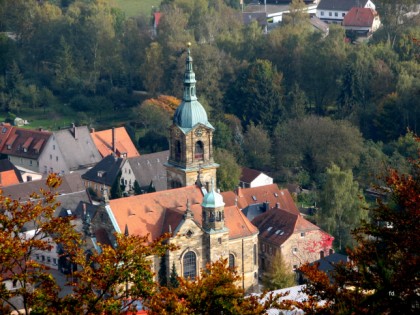 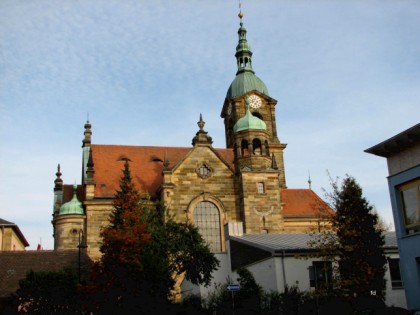 When you mention Pegnitz, the first thing any Bavarian will think of is the famous malt beer Flindererbier and the related festival “The Fifth Season”. Pegnitz is one of the beer capitals of Germany, notwithstanding its modest size. You can’t hide from beer here. But you won’t be able to ignore the town itself either. Old houses, colourful festivals. And of course, beauties of Franconian Switzerland with karst caves and springs, meadows and lakes. Otherwise you risk losing too much.

Pegnitz is located in a very beautiful region called Franconian Switzerland. In the beginning it was the property of local landgraves in the Roman Empire. Later Pegnitz passed under the jurisdiction of Bohemian dukes, while since 1402 it belonged to the Nuremberg earls. After some time it became a part of the Bavarian kingdom, and then entered the united Germany.

Among places of interest in Pegnitz don’t miss out the castle in the Old Town. It is also interesting to have a look at the groomed territory of the former hospital, where concerts, sports competitions and urban festivals are often conducted. As in any town, there is an attractive the marketplace with decorated houses and an old town hall where newly weds get married. You should spend some time to see the cavern spring Pegnitzquelle and Schloßberg mountain with an observatory tower, with wonderful views on the town and vicinity. You should also see Wasserberg hill with cavern springs and caves called “Karst Wonder”.

Upper Franconia where Pegnitz is located is the most beer-related part of Bavaria. There are 200 breweries here, more than anywhere in the world! During the famous Pegnitz beer festival Flinderer a special beer sort is made – strong malt Flindererbier. This festival is the king of all celebrations in Pegnitz. Local residents call it “The Fifth Season”, as it lasts from April to June! If you are lucky to come here during this time, you must try Flindererbier. The second must-do item of the gastronomic agenda is Pegnitzer Bierbratwurst – a smoked garlic sausage that was invented specially for the “festival” beer. Bratwürst and Leberwürst are popular at any season, alongside with omnipotent sauerkraut, red and white jellied minced meat (depending on the meat it is made of), pork with trickled pastries. During the day you can have a quick snack of traditional fast food called “homemade snacks” with raw sausage meat (or homemade brawn) and coarse peasant bread with onion. Snacks with brawn are often called “Pressack mit Musik”.

Next in line of festivals and cultural events in Pegnitz after the beer festival is the Franconian Theater Summer. It takes place in town squares and is known for staging Moliere. In summer a Saturday show “From Classics to Pop Music and Jazz” is conducted in the town. Gregoriusfest, or simply Gregori, is a children’s festival at the end of June. Both children and grown-ups eat sausages, participate in competitions and organize a procession to Schlossberg. An important event in the town’s life is another festival “Culture in Castle”. It takes place in October and November. A series of chamber concerts are organized.

You should also go to the country to see the beauties of Franconian Switlzerland. In this corner you can enjoy neat fields and houses, clear air. In winter skiing and skating are popular here, while in summer you have a number of activities to pick from: kayaking down rivers, fishing on the lake, walking paths for long strolls, trip to karst caves… The town and its vicinity are great for rest and healthy life style!

Cafes, bars and restaurants in Pegnitz 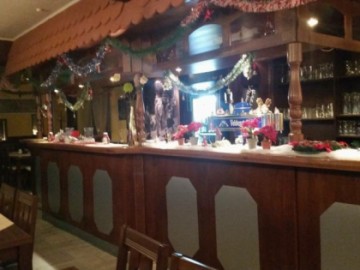 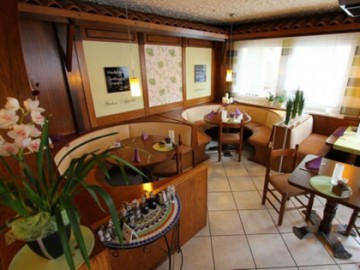 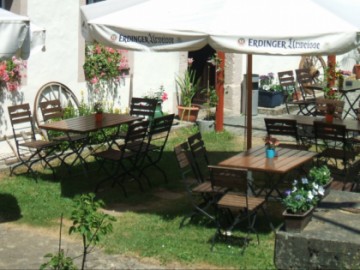 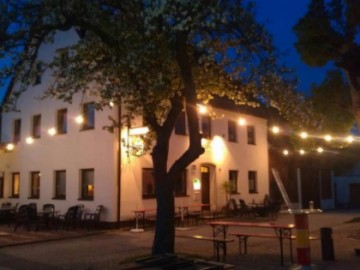 Landmarks in the city Pegnitz 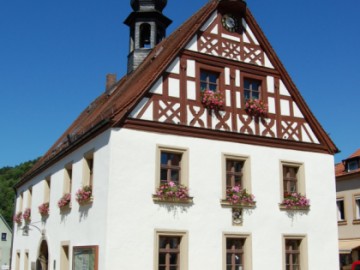 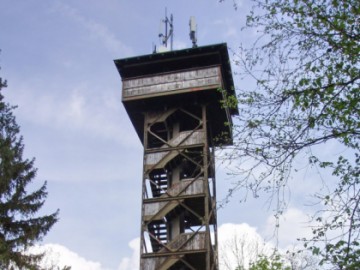