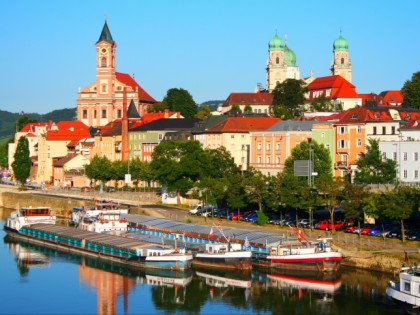 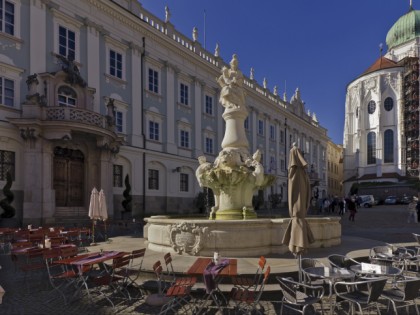 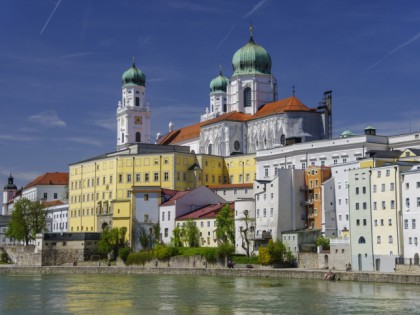 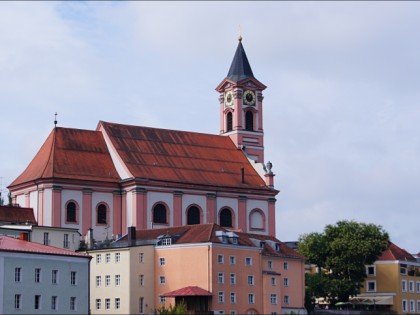 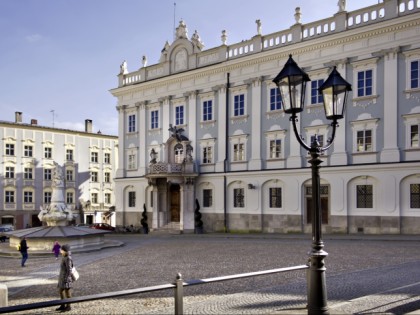 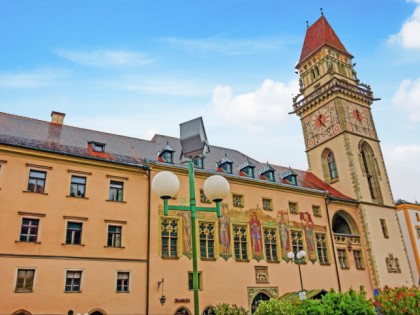 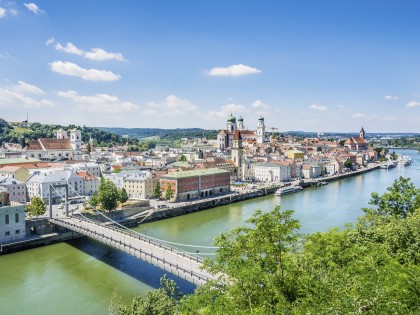 Passau – a City of Three Rivers

Passau, located at the Austrian border, is often called a "Floating City" or "City of Three Rivers". The reason for that is the location at the confluence of the rivers Danube, Inn and Ilz. The atmosphere of a medieval city, a picturesque landscape and cozy restaurants, which serve dishes of Bavarian and Austrian cuisine - what else is needed for a memorable vacation?

Passau appeared on the site of an ancient Celtic settlement, where the Romans came to at the beginning of our era. They built two castles, and the name of the city comes from the name of one of them. In 739, there was the residence of Bishop in Passau. In the medieval period the city became an important trade and navigation center. Frequent fires and floods caused a substantial damage to the city. At the end of the XVII century, after a very devastating fire Passau was rebuilt in the Italian Baroque and Renaissance style, and since then it has been perfectly preserved.

Three rivers meet in Passau at a time - the Danube, Inn and Ilz. Each of them has its own color. Residents call them the Blue Danube, the Green Inn and the Black Ilz. The place where the rivers merge into one stream, is called the "Three Rivers Corner» (Dreiflüsse-Eck). The Old Town (Altstadt) appeared just on a narrow peninsula between the Danube and Inn. Now it is the historic center of Passau. Its main treasure is the grand St. Steven's Cathedral (Stephansdom) in Baroque with Gothic elements. Inside there is one of the world's and Europe's largest organs, the  sound of which can be heard during the concerts held here almost every day. The Veste Oberhaus fortress built on a hilltop in the XIII century served as a residence for the local prince-bishops (Fürstbischöf) and a reliable protection against enemy attacks. It has long defended the city together with the Veste Niederhaus fortress at the foot of the same hill. Today, people come here to enjoy the views of three rivers, the old town and medieval streets.

Trips to historical places of Passau can be perfectly combined with shopping. If you walk from the confluence of three rivers (Ortspitze) through the old part of the city and New Market (Neumarkt) to the New Center (Neue Mitte) you can see both well-known brands and unique products. There are more than 700 shops and cafes in the city center.

In Passau you should make a pause in the traditional Biergarten, taste various kinds of the local beer, soup with dumplings (Knödelsupp), as well as Bavarian sausages and small sausages  cooked to different recipes. Don’t be surprised if you meet a Wiener Schnitzel or rich desserts with whipped cream in the menu. You see, Austria is round the corner! Even when walking around the city, you can cross the border several times without noticing it. A good wine such as Riesling also stands high in Passau. And, of course, Alt-Passauer Goldhauben is a number one hit of the city’s "high sweet cuisine". This is the major delicacy for gourmets and a total exclusive. Whimsy-shaped candies with a head and tail look like a two-humped camel, or whatever your imagination tells you. They are made from a selected chocolate laced with apricots, soaked in liqueur, crushed hazelnuts and almonds. And attention! Atop they are decorated with a gold coating – edible, by the way: more on the head and less on the tail. This candy can only be bought in the confectionery “Simon”, working since 1903!

By the way, it will be great to come to Passau by water, because this city is one of the most popular stops for cruise ships sailing down the Danube. So you can enjoy the water trip and get an eyeful of beautiful views at a time. There is a good reason that the German geographer and polymath Humboldt called Passau one of the seven most beautifully situated cities in the world!

Cafes, bars and restaurants in Passau 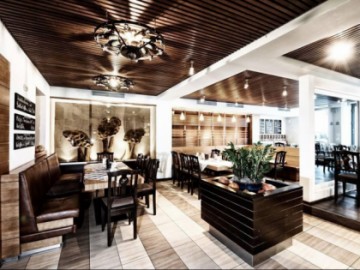 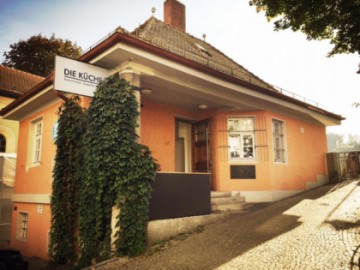 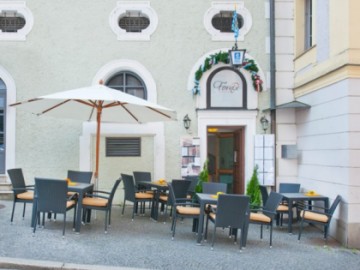 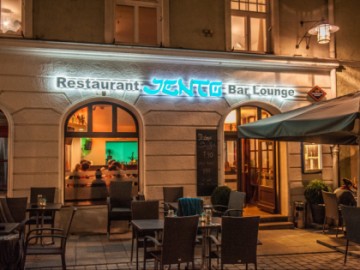 Landmarks in the city Passau 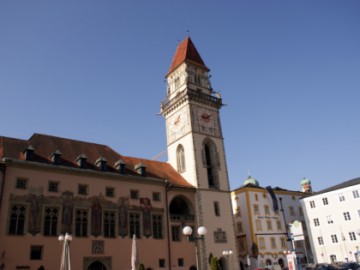 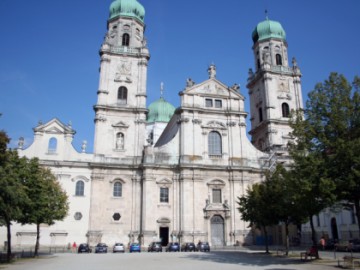 St. Steven's Cathedral with the Largest Organ in Europe 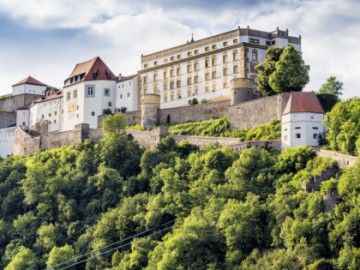 Fortress of Veste Oberhaus – 130 Steps to the Beautiful 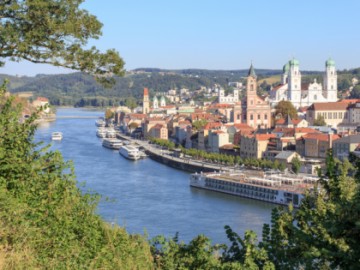