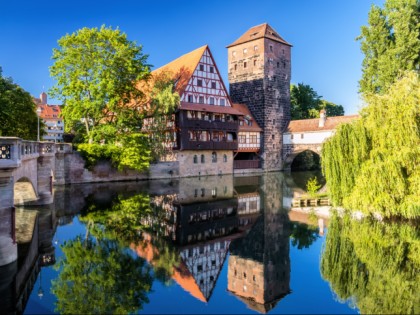 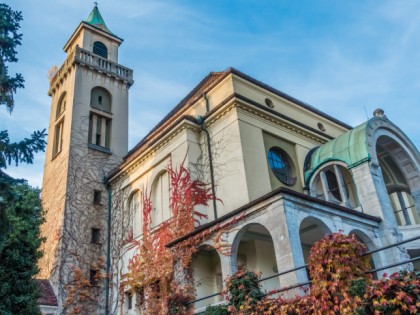 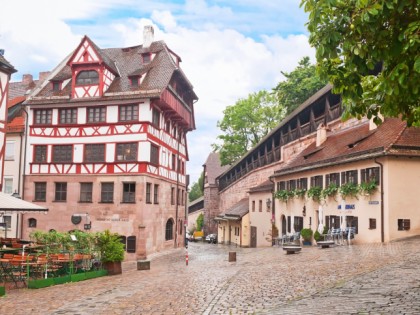 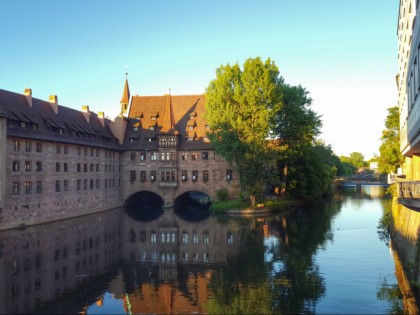 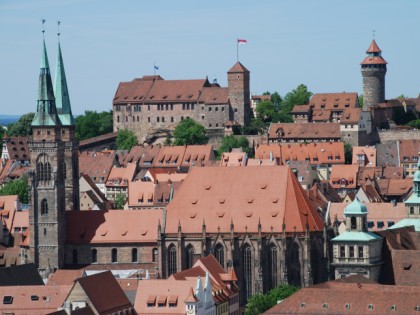 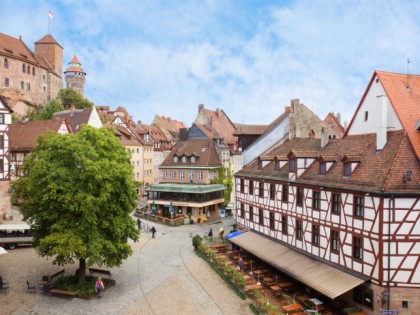 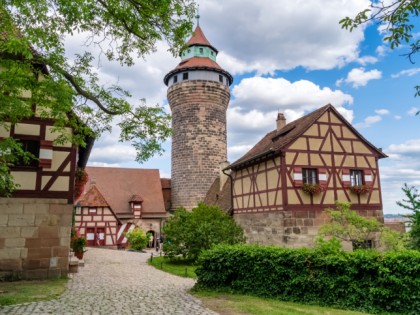 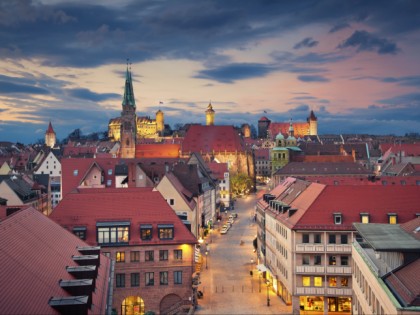 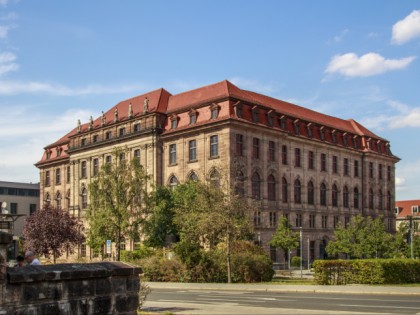 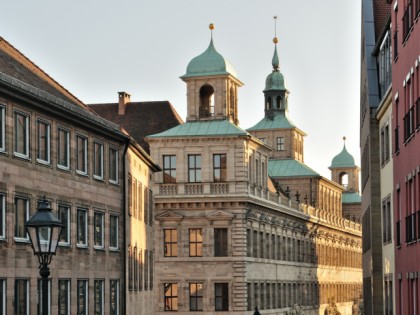 "Oh Nuremberg, Nuremberg, dear native town he who still knows thee not, place of renown though far he has travelled, and great cities seen as London, and Paris, and Peterwardein knoweth not what it is happy to be still must his longing heart languish for thee for thee, Oh Nuremberg, exquisite town where the houses have windows both upstairs and down!" Most of those who at least once in their lives visited this Bavarian city will sign under these words of Hoffmann’s Drosselmeyer. The treasury of the Holy Roman Empire, the capital of the toy world, the Nutcracker’s homeland, a pocket watch, the oldest globe, delicious fried sausages and gingerbread - all this is Nuremberg. It is also known as the place of Christkindlesmarkt - if not the largest Christmas market in Germany, then certainly the "most correct", as they are portrayed on old postcards.

Nuremberg in Bavaria is the second largest city following Munich. It is considered the unofficial capital of the historic region of Franconia. The first historical document, in which a town called Noerenberg is mentioned, dates to July 16, 1050. This date is considered Nuremberg’s birthday. But, most likely, a settlement emerged in that place much earlier. Due to the fact that key trade routes passed through Nuremberg, it quickly grew and strengthened its influence. Over the centuries it was the unstated capital of the Holy Roman Empire. Thanks to the Golden Bull in 1356, which regulated the election procedure of the German kings, each newly elected Kaiser was required to hold the first meeting of the city government. Emperor Charles IV was the author of this law. He was so fond of Nuremberg that visited it for 52 times in his life!

Crafts -not only traditional but also unique to the Middle Ages- brought fame and fortune to Nuremberg. For example, production of sophisticated navigational tools was launched in the city. Many famous people of the Middle Ages and Renaissance lived and worked in Nuremberg: they include painter and graphic artist Albrecht Dürer, sculptor Veit Stoss and Adam Kraft, poet-cobbler Hans Sachs (who earned his living by shoemaking and wrote more than six thousand poems in during the 82 years of his life), geographer and negotiator Martin Behaim who invented the globe, Peter Henlein, who made the first pocket watch in the world ... But at the end of the XVIII century Nuremberg mired in debt and could no longer remain independent. In 1806 - the year of the Holy Roman Empire’s collapse - Nuremberg was annexed by the new Kingdom of Bavaria. The city owes much to the German romanticists Wilhelm Heinrich Wackenroder and Ludwig Tieck for the revival of its fame in the XIX century. They longed for the ideals of the Middle Ages and saw the realization of these ideals in this city. Unfortunately, Adolf Hitler also later shared their idea of Nuremberg as "the most German of all German cities". He made Nuremberg the ideological center of Nazism in the 30-ies of the XX century. The end of this chapter in the history of the city is well known. In 1944-1945 the historic center of Nuremberg was destroyed in bombings by American and British aircrafts. After the war, one of the few surviving buildings – the Palace of Justice - was the venue for the trial of survived Nazi war criminals.

Nürnberger Bratwürste is a source of pride for residents of Nuremberg. These sausages of minced pork differ with their strong flavor of marjoram, miniature size (7-9 cm in length), and the weight of 20-25 grams. By law, real Nuremberg sausages can be made only in Nuremberg, which, however, does not prevent from exporting them around the world. The first mention of them is found in 1313 documents. Judging from the extant sources, as early as in the Middle Ages strict requirements were applied to the production of sausages. Special municipal inspectors walked through the market and evaluated sausages on sale by weight, shape, length and composition of the meat. Sub-standard goods threatening to undermine the reputation of the local delicacies were dumped into the river. Repeat violators were punished. Nuremberg sausages got their current graceful forms not immediately. By XVI century the price of pork increased so that the production of sausages became unprofitable. Then enterprising butchers wised up to reduce the size of sausages, while increasing the price per kilogram. There is another explanation: sausages were specially made so small so that they could be pushed through the keyhole. Thanks to this, clever hotel owners were selling sausages to starved travelers from the city walls when the city gates closed at night.

The love for sausages united the poor and rich residents of Nuremberg. The story of the city magistrate member Hans Stromer is indicative. For his sins before the city (according to one version – waste of funds, to the other - the disclosure of state secrets), he was sentenced to life imprisonment, but being a rich and powerful man, was granted by the court the right to a death wish. His death will was to receive two Nuremberg sausages a day at government expense. In 38 years of imprisonment, he ate more than 28 thousand sausages. "For my stomach the sausages are as the most beautiful forget-me-nots," German poet Jean Paul said. His contemporary and fellow Goethe loved Nuremberg sausages so much that ordered their delivery in Weimar. In those days it was quite expensive.

Sausages are usually eaten in portions of several pieces. If you want to have a snack on the street you can buy Drei im Weggla - three sausages with mustard or horseradish in a bun. People usually order 6, 8, 10 or 12 pieces at a restaurant or a cafe. Sauerkraut with bread, potato salad and horseradish are the typical side dishes for it. Blaue Zipfel (also known as Saure Zipfel) is another local delicacy. To make it, sausage is stewed with wine, onions and vinegar, which give it a bluish tint.

Sweet teeth will like Nürnberger Lebkuchen. It is a large gingerbread, most often of a circular shape, which is made from walnut dough with a little flour. Although you can buy them all year round in Nuremberg, the largest assortment is offered during the Christmas market (Christkindlesmarkt). It is ranked among the top five in Europe. Every year it is visited by about 2 million people. The Christmas Angel is one of its traditions. Since 1933, the Fair has been opening with its special monologue.

It is very convenient to walk around Nuremberg. In 2000, Nuremberg Historical Mile walking tour was developed in the city to honour its 950th anniversary. It connects the major landmarks in the historic center: these landmarks include the city walls, the imperial castle, the town hall, Hauptmarkt Square with Schöner Brunnen fountain, several churches (including the best-known Church of Our Lady, the Church of St. Sebald and the Church of St. Lorenz), the customs house -Mauthalle, NassauerHaus residential building in the Gothic style, the house of Albrecht Durer, Heilig-Geist-Spital hospital, and others. There are signposts on the whole route to help travelers stay on track.

The present Nuremberg seriously and frankly tells the story of its history - including the darkest of its episodes. But most tourists coming here remember it as a bright and festive city with hardworking inhabitants, while they know how to have a good rest.

Cafes, bars and restaurants in Nuremberg 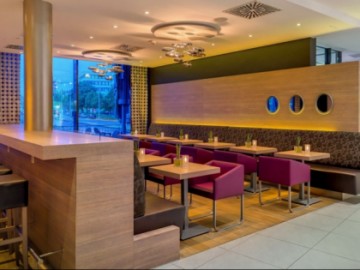 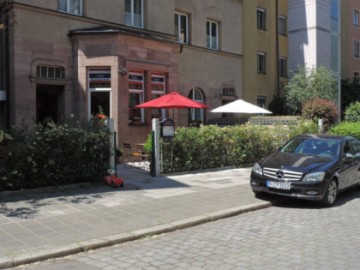 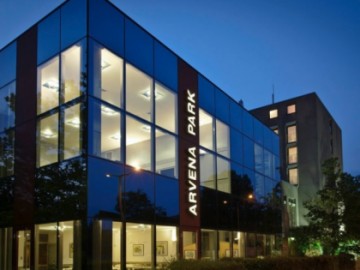 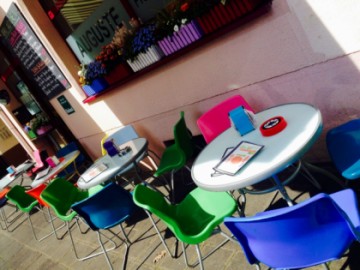 Landmarks in the city Nuremberg 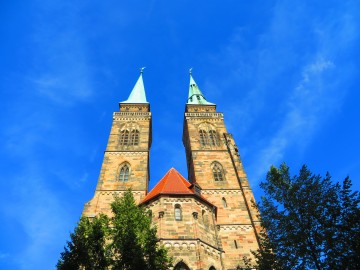 Churches of St. Sebald and St. Lorenz, Two Banks of the Same River 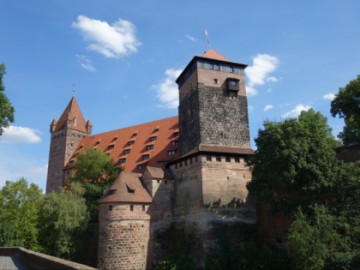 Nuremberg Castle - Three in One 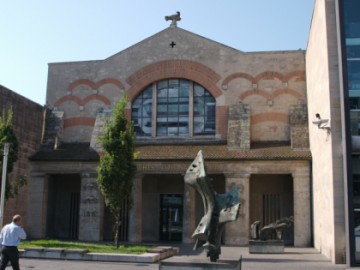 Germanisches Nationalmuseum – The Treasure of the German World 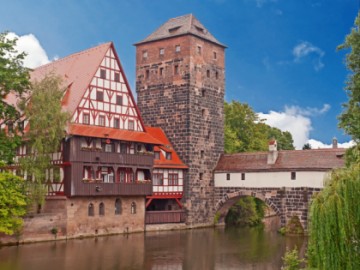 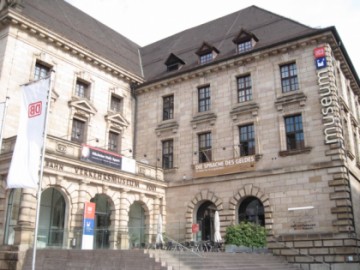 Transport Museum: Trip on a Steam Train through History 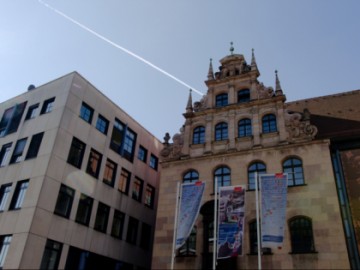 Returning to Childhood in the Toy Museum