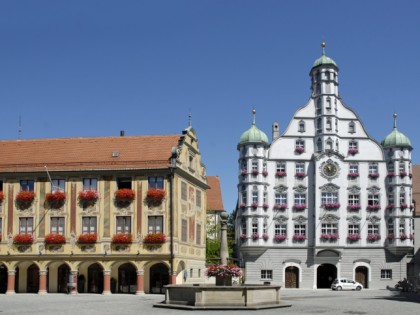 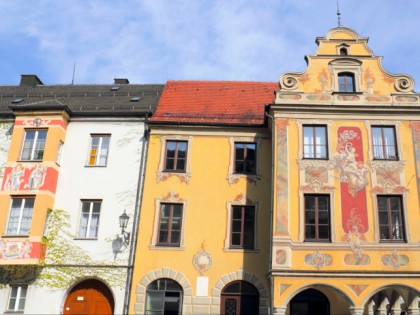 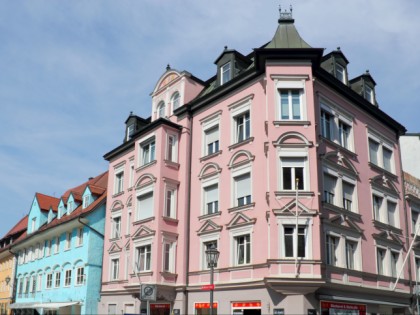 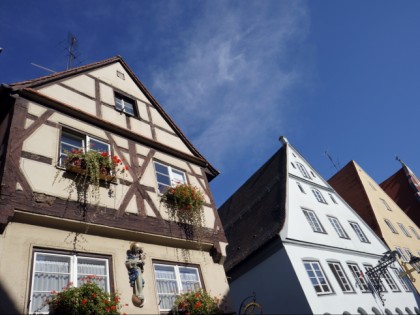 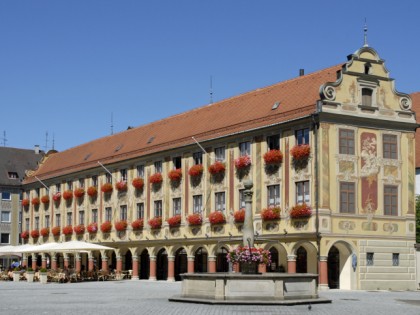 The Swabian Memmingen in the foothills of the Allgäu Alps is inscribed in history for perpetuity: it is here where the first European Declaration of Human Rights was penned in 1525. The city is famous for the Wallenstein Festival (Wallensteinfestspiel), the biggest historical reenactment in Europe, which commemorates the Thirty Years’ War. In addition, you can learn here about the Order of St. Anthony, see the Seven Roof House and taste a mountain fruit-flavored cheese. A journey to Memmingen is expected to be perspective. Especially since the town motto is: "Memmingen – a town with perspectives."

The first settlement on the river Iller appeared due to the Roman garrison in the IV century. Two centuries later the Germans settled here. The first mention of Memmingen in the annals dates back to the year 1128. In the age of Reformation the town became Protestant. Rebellious peasants gathered in Memmingen in March 1525 and penned their demands – the "Twelve Articles", considered to be the first European Declaration of Human Rights. With this in mind, Memmingen is sometimes called a town of human rights. By the way, the half-timbered building where the document was drafted, still stands in the Rossmarkt square (Roßmarkt). In 1803 Memmingen lost the status of an independent town and became part of Bavaria.

The symbol of the city is the church of St. Martin (Martinskirche), one of the oldest in Upper Swabia. It was built in the early XV century. Due to a 65-meter-high tower, the temple is still one of the highest buildings in the town. About 1.5 km, 10 gates and towers – that’s all remained from the old town fortress walls. One of them is the Ulmer Tower (Ulmer Tor). It depicts the visit of Emperor Maximilian I to Memmingen in 1489. Equally interesting is the XIV century’s Lindauer Tower (Lindauer Tor) with a cannonball stuck in the wall in the XVII century.

Remarkable is the Monastery of St. Anthony (Antonierkloster) of the late XV century - the oldest building of those survived in Europe! This is a former monastery and hospital of the religious Order of St. Anthony. The Order was founded in South France in 1095. It was a mendicant organization. However, the monks were selflessly caring for those suffering from gangrene (in many countries gangrene is called "St. Anthony's fire"). Thanks to the efforts of the townspeople, all four wings of the monastery have been restored and turned into a cultural urban cluster. There are museums, library and cafe under one roof, lectures and exhibitions are also held here. The Antoniter-Museum tells the history of the Order of St. Anthony. Among the most important buildings in the town is a Seven Roof House (Siebendacherhaus). This is a former leather workshop, the roofs of which, hanging over each other, were used to dry skins.

A farmer's market works on Tuesdays and Saturdays on the Market Square, where worth tasting is the local cheese, butter and sweet cream. Memmingen is often called the Gateway to the Allgäu (Tor zum Allgäu), the main cheese region of ​​Germany. Alpine herbs in its pastures give a special taste and flavor to cow's milk. Tasting of the so-called mountain cheese (Bergkäse) with fruit flavor is binding. Its recipe is 150 years old, and this is the first kind of cheese, patented in Bavaria! The peculiarities of the local cuisine include a roast beef with onion (Zwiebelrostbraten), giant dumplings Maultaschen with meat or spinach, and white sausages Geschwollene. But the most popular local dish is cheese noodles in Swabian style (Kässpatzen): layers of specially cooked pasta and grated cheese, topped with fried onions.

Winter in Memmingen is a mulled wine and Christmas fairs, while summer is full of cultural events and festivals. Every year in July, on the last Thursday before the summer holidays, the Children's Festival (Festzug der Memminger Kinder) takes place in Memmingen. It is a 400-years-old tradition to hold a festival for children and choose the best queen and king from among the best schoolchildren! On this day, after the morning church service, the people gather in the Market Square, where they dance and sing. And after dinner, well-dressed schoolchildren in wreaths of flowers, symbolizing crowns, go to the stadium to play.

On July 25 citizens celebrate the Fisherman’s Day (Fischertag). The fact is that a small urban stream (Stadtbach) was actively used by craftsmen and citizens since the XII century: waste and sewage waters ran into it. Of course, the stream had to be drained off and cleaned regularly. The day before cleaning the men caught all the fish from the channel. This tradition is extant today in the form of games. At 7:15 am the fishermen gather on Schrannenplatz and go to the stream. After the cannon sounds at precisely 8 am, the men jump into the water and catch trout using nets. The one who catches the heaviest fish is crowned the "Fisher King" for the next year. His predecessor is jokingly booted from the throne. Then a solemn procession led by the new king passes through the city streets. Evening festivities in front of the town hall smoothly flow into the folk festival the next morning. A fountain Fischerbrunnen was installed in 1955 in tribute to this tradition.

In the 1980s, the Wallenstein Festival started to be celebrated before the Fisherman’s Day. The Festival is a large-scale reenactment of the Thirty Years’ War events, and is conducted every four years (the next will be in 2020). In 1630, Duke Albrecht von Wallenstein occupied the city. On the feast day the "Duke" comes into the city with thousands of soldiers and hundreds of horses pulling ornate carriages. The Market Square turns into a fair where craftsmen provide training in traditional crafts, using historical tools. Theatrical performances are held in the square, the «army" establishes a camp in Grimmelschanze park, and Reichshain grove hosts equestrian competitions. The festival lasts a week until next Sunday, when service is held in the Church of St. Martin according to medieval canons. The late June - early July is the time for the Memminger Meile Festival. Musical, comedy and art performances take place everywhere in the town.

There is never a dull moment in the city. Visits to museums, markets and cheese tasting is already a rather big program. You should also give a look in an unusually picturesque Herrenstraße with colored houses. By the way, the name of the street is related to the fact that families of eminent citizens were living here (herr means lord). The Market Square (Marktplatz) with the XV century Town Hall is also attractive. In short, tourists are provided here with a cognitive rest, walk and delicious food!

Cafes, bars and restaurants in Memmingen 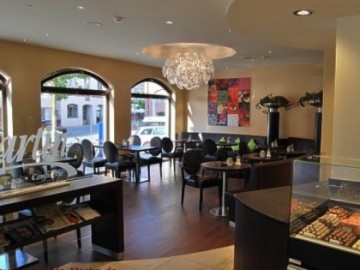 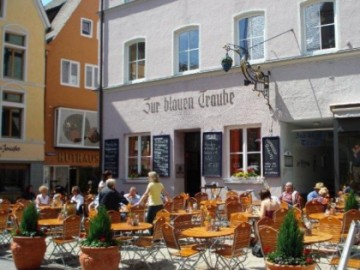 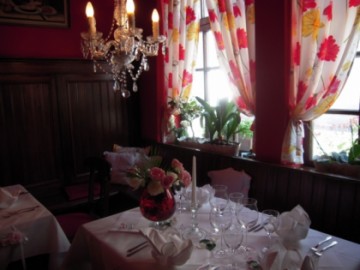 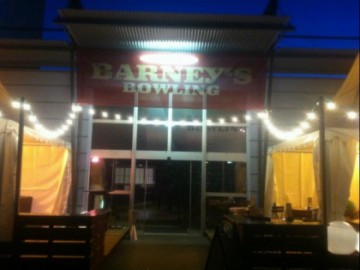 Landmarks in the city Memmingen 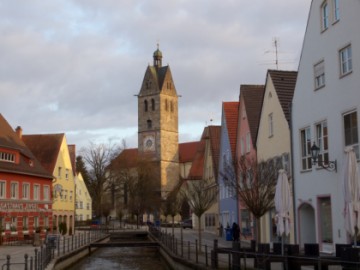 Church of Our Lady: the Story of Frescoes Recovery 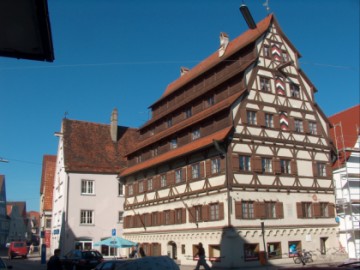