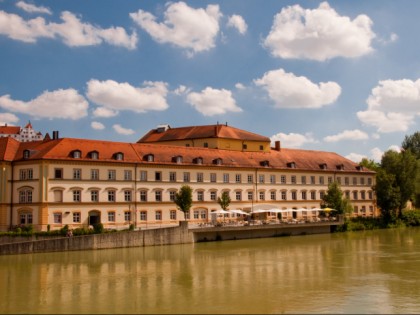 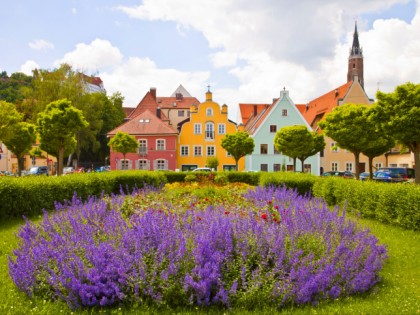 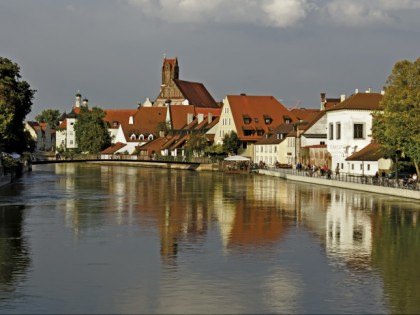 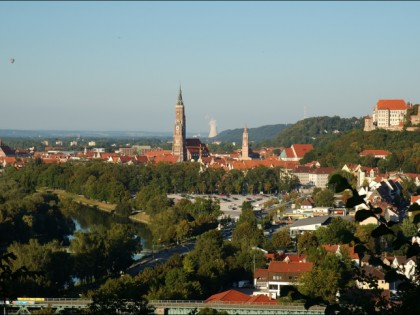 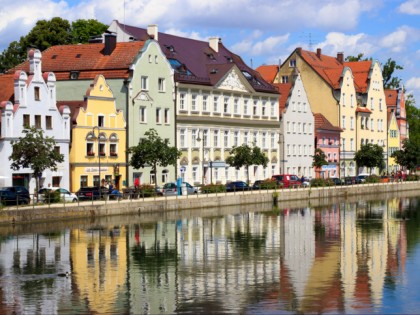 Landshut, the gem of medieval Europe!

The charming Bavarian Landshut is famous for its castle rising above the town, and a beautiful historical festival called “Landshut Wedding” which is conducted here every four years. The highest brick tower in the world hovers above the town. And thanks to cozy and picturesque streets and houses in the historical centre of Altstadt, the capital of the Lower Bayern is called “The Gem of Medieval Europe”.

Landshut appeared on the map in 1204. It appeared at the foot of the Trausnitz castle that was erected by Ludwig, the Duke of Bavaria. Translated from German, “Landshut” means “defender of the land”. For a long time Landshut carried the title of the capital of the duchy of Lower Bavaria. However from the 16th century it gradually lost its importance. Still, before Munich finally became the capital of the entire Bavaria, a grand event took place in Landshut. In 1475 Georg, the Duke of Bavaria celebrated his wedding with the Polish princess Hedwig Jagiellon. The groom’s father Ludwig, Duke of Bavaria, nicknamed The Rich, attached great importance to this marriage. That’s why a sumptuous feast was thrown in Landshut. The wedding amazed the contemporaries with its scale. A chronicler wrote that during the festive events 323 oxen, 285 pigs, 1133 sheep, 1537 lambs, 490 calves, 1150 geese, 40 000 hens, 194345 eggs, 220 metric centners of rendered fat, 7 metric centners of almond and the same amount of rise were consumed! 10 000 guests (a population of an entire medieval town!) came to the wedding from the entire Europe. Besides the feast, the wedding was accompanied by a large knight tournament, hunting, and a carnival.

This wedding is remembered in the town till present day. A large-scale historical reenactment “The Landshut Wedding” is conducted here every four years, with more than half a million of fans of historical costumes coming from the entire Europe. This is one of the brightest historical events in the Old World. For the first time this festival was conducted in 1903. Today about seven thousand (!) people participate in the carnival. All of them wear costumes becoming the times of Ludwig the Rich and Hedwig Jagiellon. Moreover, guests try not only to copy the appearance but also the hairdos of Europeans of that time. In the Old World men used to wear long hair – and today all participants of the modern “Landshut Wedding” have remarkably long hair. Only the dishes of that era are served at the table – you won’t find any tomatoes or potatoes here, as in 1475 Columbus had not yet discovered America. Rooms in the hotels of Landshut and its vicinity are booked three years in advance of the upcoming reenactment – so big is the interest.

Since the 16th century Bavarian dukes had used Landshut as their country residence. The Trausnitz castle was reconstructed in Renaissance style. It is located on the hill and is visible practically from any spot in the town. A delightful view from the height of its walls will be the reward for the ascending. It is within the walls of Trausnitz, before it was reconstructed, that the famous wedding took place. A must see in the castle is its unusual jester staircase with characters from the Italian comedy del arte. While in Landshut, you should pay a visit to a salt storehouse, which has been here since 1549, and a decorated house of a post office, where great personas from the dynasty of Wittelsbach are depicted on the façade. Take time to visit the basilica of St. Martin. It is considered that its 130.6 m tall brick tower is the highest in the world! When you surmount 495 stairs, you can reach the top of the tower and see the entire town. Inside, there is a quite unusual altar from sandstone. The modern life of the town finds its reflection in the factory of the BMW concern, one of its branches being located in Landshut. This branch of the famous car manufacturer specializes in production of electomobiles and newest hi-tech developments.

As in any Bavarian town, beer is very popular in Landshut. The main local brewery is called Wittmann – this name is often seen in the town streets. As to the cuisine, here you can try Eisbein – a cold pork joint served with stewed cabbage and mashed potatoes.

Landshut has preserved its historical center, the Altstadt, which gives a special charm to the town. The old part often becomes the ground for various fairs and festivals. In spring, during the Great Lent, a wild and merry festival of strong beer is conducted in Altstadt. This tradition was established by monks, who, refusing food forbidden during fasts, preferred to drink beer. They called the strong intoxicating drink they consumed Salvatore (or “saving”) beer. The local flea market is also famous in the entire Bavaria. Here you can find both cheap trifles and rather valuable antiques. There are also other, equally attractive events – flower pot fair, garden festival in Trausnitz castle, and of course, the traditional Christmas market.

In summer Altstadt turns into an open air café. Colourful houses, peaked roofs, 16th century duke’s palace – this all creates a cozy environment in the old town. Lack of tourist crowds and only 45 minutes of drive from Munich provide for additional bonuses for those who like calm strolls, romantic environment and beautiful photos.

Cafes, bars and restaurants in Landshut 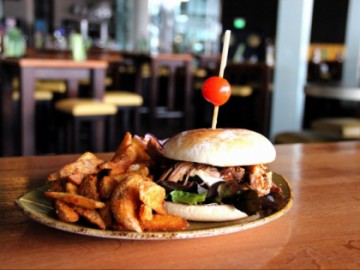 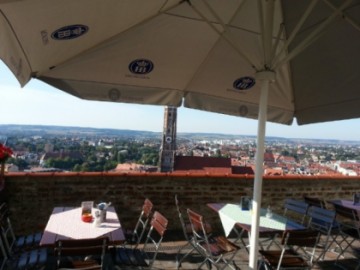 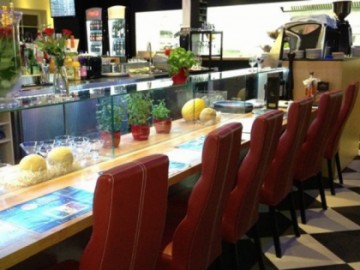 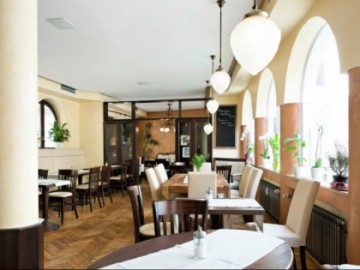 Landmarks in the city Landshut 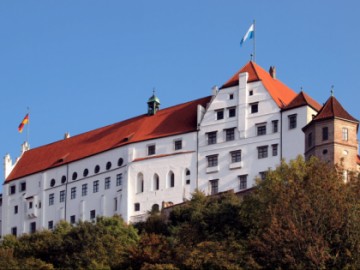 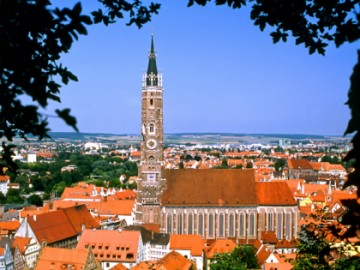 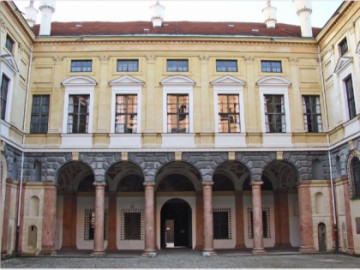