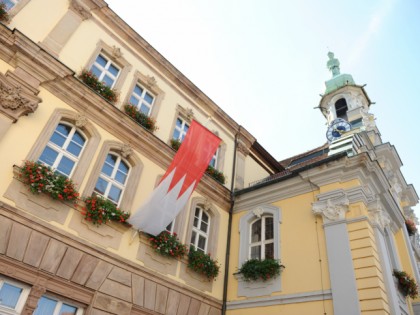 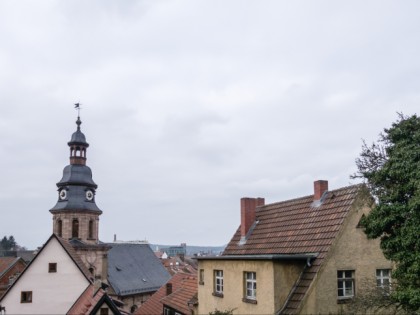 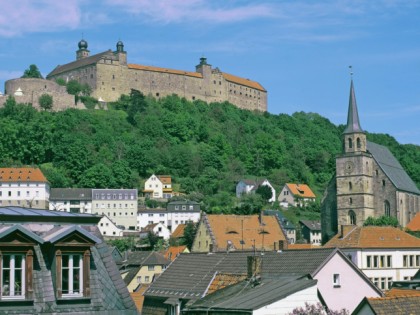 If we assume that beer is Germany’s main symbol, Kulmbach in this case can be described as the most German city. The highest per capita beer production in the country is here! But the town is worth visiting not only for tasting the hopped drink.

The first settlement on the site appeared in the 900s. In about 1030 it became known as Kulma. The name comes from the rapid flow of water coming down from the mountain (Culmin-aha, Culmna). In the XII century the extant Plassenburg Castle (Schloss Plassenburg) was built in the town, which has become a symbol of Kulmbach. In the first half of the XIII century, it was granted city rights. The XIV century is considered the most prosperous period in the history of Kulmbach. Thanks to its favorable location at the intersection of roads leading to Bamberg, Nuremberg, Hof and Leipzig, the trade flourished in the city. Guilds of weavers, dyers and embroiderers on silk were the main guilds there.

But beer is the main thing in Kulmbach! It appeared in these parts before people settled here: it is in the surroundings of Kulmbach that the 3 thousand years old amphora with beer residues was found! Since 1846 the beer brewed in the city has been exported. In 1882 the city had 26 breweries - more than one per a thousand people! Perhaps due to these economic successes, there was always an atmosphere of success and entrepreneurship in Kulmbach: it is the birthplace of millionaire, founder of Rolex watch company Hans Wildorf. The glorious brewing traditions of Kulmbach are reflected in the specialized museum (Möenchshof Brauereimuseum) and are supported by the local industrial giant - Kulmbacher Brauerei AG brewery corporation, producing about 20 types of beers. In late July, the city hosts a large-scale beer festival at which traditionally Lord Mayor opens the cork of the first beer barrel.

In the city you should try local beer EKU28 -for many years in a row it has been recognized as the heaviest in the world. This beer goes well with the local dish - veal sausage called Kulmbacher Bratwurst. The cheese pate called Obazda is also popular and is served with the famous pretzels (made from flour, malt, yeast and water), meat in sweet and sour sauce (Sauerbraten), Knödels and Schlachtschüssel - peasant dish of several types of meat.

Kulmbach is a must-stop on a journey to Bavaria for everyone who is a connoisseur of beer and hearty cuisine and appreciates the atmosphere of small, cute and historic towns.

Cafes, bars and restaurants in Kulmbach 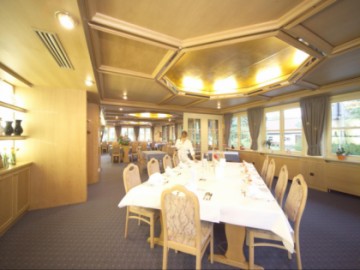 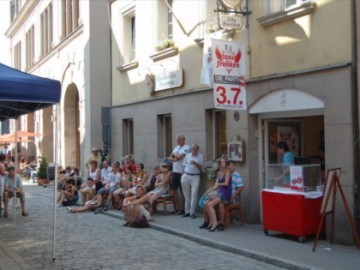 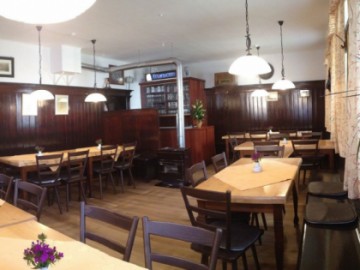 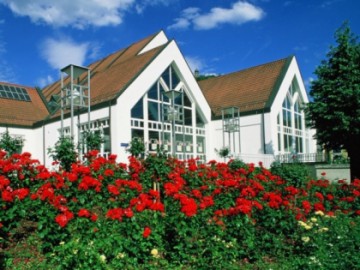 Landmarks in the city Kulmbach 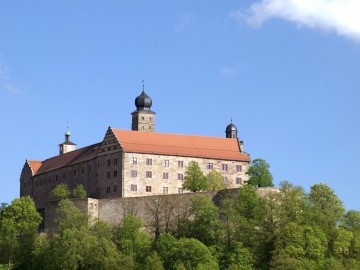 Plassenburg Fortress - Castle with a Ghost 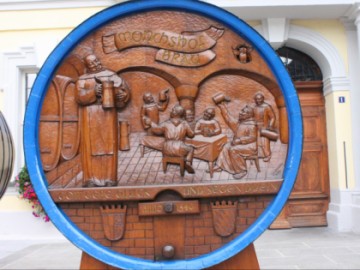 Möenchshof Brewery Museum: Tells How Beer is Made 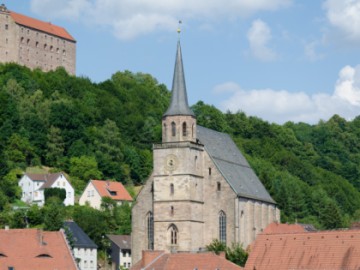