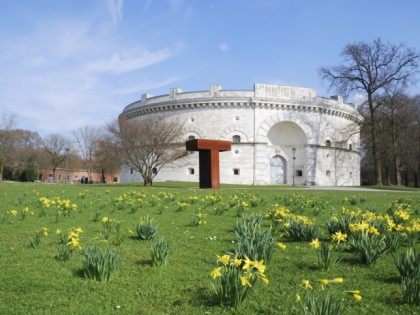 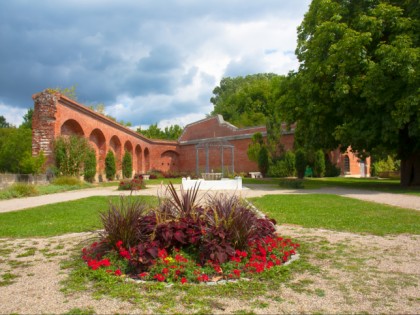 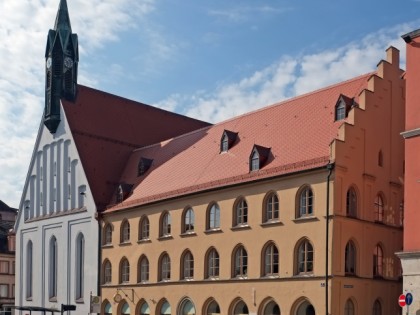 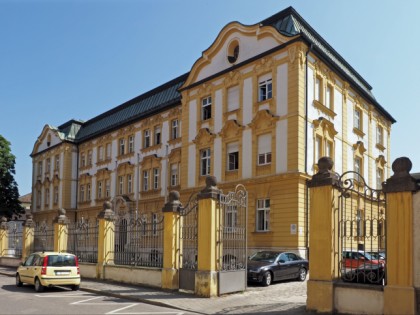 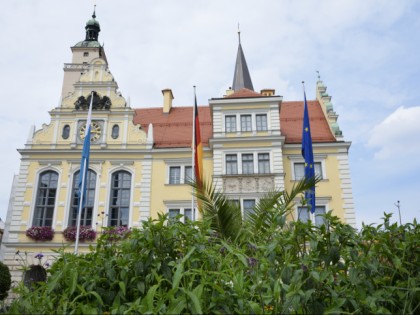 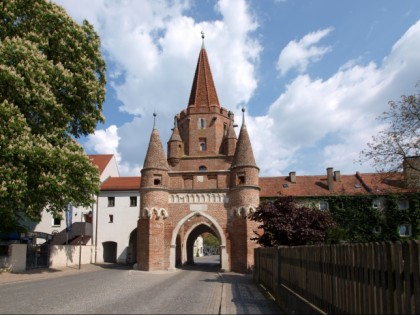 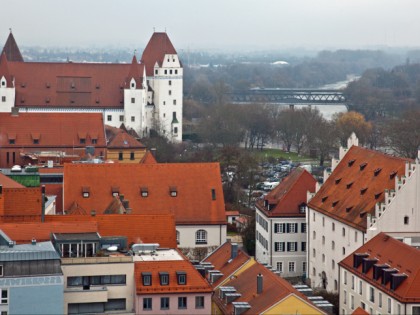 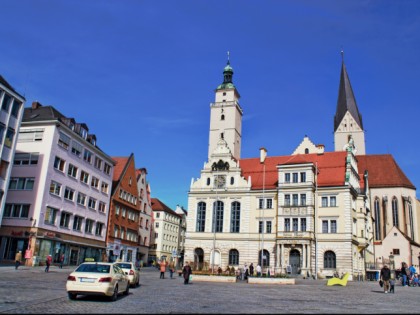 Ingolstadt, the second largest city in Upper Bavaria after Munich, originated on the banks of the Danube in the Middle Ages, but it is young and dynamic. The XIII century old castle and the ultra-modern Audi Museum Mobile – the museum of Audi car maker -coexist on its streets. Ingolstadt is the place where Beer Purity Law was introduced, the Order of the Illuminati was established and Frankenstein emerged. People come here from all over Europe for shopping because Ingolstadt shopping village is a paradise for shoppers.

Ingolstadt was first mentioned in the IX century in the charters of the division of Charlemagne's empire between his sons. In 1250 Ingolstadt was granted a city status. Since the end of the XIII century and till the middle of the XIV century it was the capital of the Duchy of Bavaria-Ingolstadt.

In 1472, a university -one of the oldest in Germany -was founded in Ingolstadt. It existed until 1800 and its history is full of highlights. This is where, according to Mary Shelley's famous novel, medical student Victor Frankenstein created his monster. Philosopher and theologian Adam Weishaupt worked at the university. In the XVIII century, he founded the Bavarian Illuminati secret society - a secret organization that proclaimed the perfection of mankind by means of "building a new Jerusalem" as its aim. Today, the Baroque building of the former department of anatomy houses the German Museum of the History of Medicine (Deutsches Medizinhistorisches Museum)- the most interesting in the city. Besides, the Old Castle (Herzogskasten) built in 1255 and the New Castle (Neues Schloss) of French Gothic style built in the XV century are also in Ingolstadt. Both were the residences of the Dukes. The picturesque remains of fortified walls, gates and towers were also preserved in the city. These include the Kreuztor Tower, which is called Ingolstadt’s claim of fame. The museum of the Bavarian police is in one of the towers - Trivia. Since Ingolstadt is home to the Audi, Audi Forum Ingolstadt recreational center is here. One can spend in it more than an hour, getting acquainted with the history of the automotive industry and the company's latest achievements in the mobile museum (Audi Museum Mobile).

In 1516 Beer Purity Law, Reinheitsgebot - the purity requirement- was adopted in Ingolstadt. According to the law, the real beer should include only three ingredients: barley, hops and water. And this law is still in effect not only in Bavaria, but also in all Germany and even in the European Union. So, once you appear in the home of such an important document, you should try this Bavarian beer by all means. The main thing is not to get confused by the abundance of varieties ranging from light wheat beer (Weissbier) to strong winter (7-10 degrees) or strong March beer. You should visit the traditional beer garden Biergarten, an open air beerhouse, for a glass of beer. The famous Bavarian white sausages (Weisswurst), as well as Knödels - big balls of dough or potato, boiled in water or steamed (the same balls, but of a small size are called dumplings) are perfect with beer. However, Knödel variations are many. They can be made with mushrooms and onions, with smoked food and even sweet- with cottage cheese, for example. And, of course, traditional Bavarian pastries catch the eye in Ingolstadt. Salty pretzels (Brezel) in different variations are the main "hero" of them.

All kinds of desserts and national dishes will support strength also while shopping in Ingolstadt shopping village. After all it is not easy to pass by 100 boutiques indifferently! Up to 60% discounts on a variety of world brands’ products are offered here throughout the year. In addition to the boutiques and restaurants, there is a playground on the territory of the village that can be very useful for parents visiting with children.

Ingolstadt will not leave anyone indifferent. The noise of holidays and festivals - from avant-garde Tanzfestival to Ducal costume festival in the New Castle- is heard here all the year round. The beautiful views of the Danube, the hospitality of local people and the Bavarian beer’s natural taste will gently turn your head, and the time will fly by!

Cafes, bars and restaurants in Ingolstadt 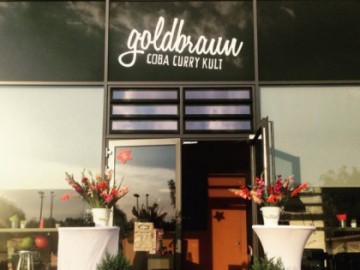 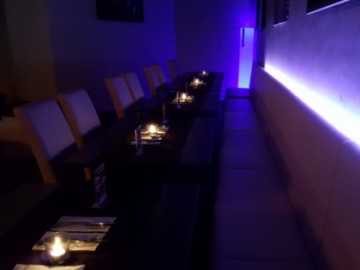 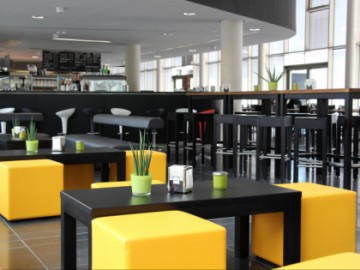 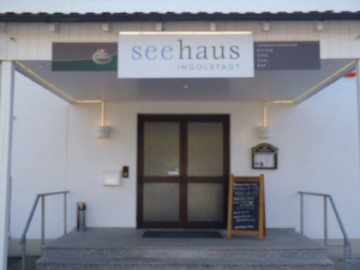 Landmarks in the city Ingolstadt 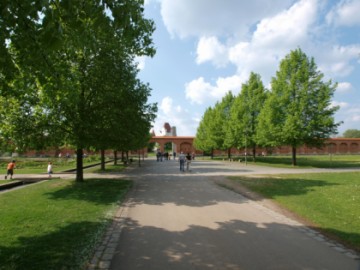 Reduit Tilly, Glacis and Klenze Park: History and Entertainment in one Bottle 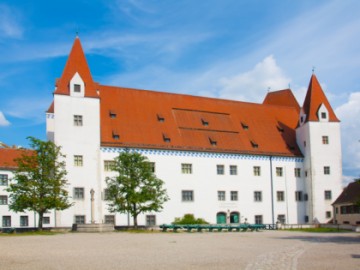 Bavarian Army Museum: Trophies of Soldiers of the Past 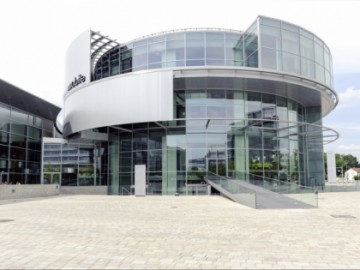 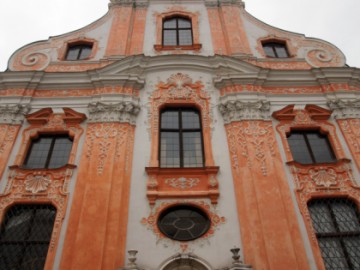 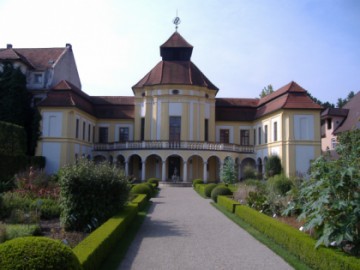 Ingolstadt
German Museum of the History of Medicine
Museums and Exhibitions

German Museum of the History of Medicine: the Birthplace of the Monster