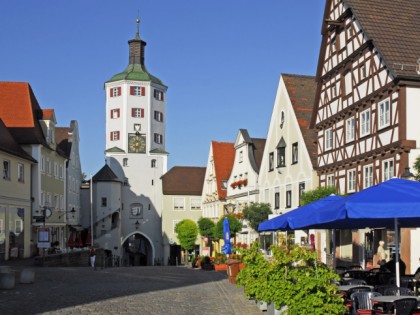 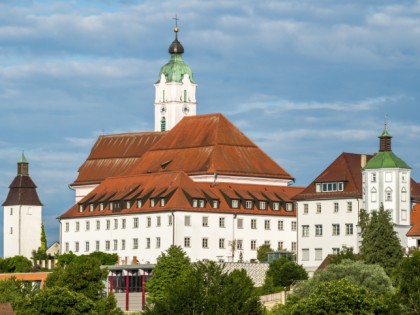 Günzburg, country of Lego and valley of two rivers

In 2002 Günzburg became home to the only Legoland children’s park in Germany. The park attracts families with children of all ages. However it is not only the park that this town is worth coming to for. Here you will find a strict and exquisite Frauenkirche church and a bustling, small but well preserved old town with light-coloured house façades. From the hill, where the margrave castle is located, peaceful views open on the vicinity.

The name of Günzburg translates as “fortress on Günz”. River Günz falls into Danube here, and these two rivers make the town very beautiful. Like many other towns, it started with a fortress. In the 70s B.C. Romans made a fort Gontia here (Guntia – Celt lunar goddess). Then Romans were forced out by Germanic tribes. In the beginning of the 8th century fortress of Reisensburg to the north of Gontia was well-known, and with time it acquired a key importance for the town. In 1065 Günzburg is already mentioned under its current name. During several years Günzburg was a part of the Burgau county (later Berg-Burgau).

From the beginning of the 14th century up until the 19th century Günzburg was under the Austrian Empire. A castle of margraves was built in the town and still remains the local beauty. It is the only residence of the Austrian imperial dynasty of Habsburg on the territory of Germany. During Napoleon wars fierce fights went on around the town. It is known that Napoleon’s army entered the town in 1805. To honour this, the emperor gave a speech in the town hall, saying among other things the following words: “What a mistake – to belong to Austria!” This mistake was eliminated in 1806 when Günzburg became a part of the neighbour Bavaria. There is also a legend according to which the French emperor did not pay for his overnight stay here. A symbolic payment on his behalf was made by the President of France François Mitterrand in 1998 when he visited Günzburg.

The main sightseeing attraction of Günzburg is the Frauenkirche church. Its construction began in 1736, while the consecration took place only in 1780. This church is called the pearl of rococo. It resembles a fairy jewel box, so exquisite is the interior. Here you will find tall columns, curved oval windows, golden decoration… You should also see the Reisensburg castle. It hovers over the town on the hill and attracts with old facilities and watch tower with magnificent views of the vicinity. Today there is a branch of the Ulm University located in the castle.

In Günzburg it is easy to find “smoked” beer Schkenkerla from Bamberg and Freising’s 10% Infinium from the oldest brewery in the country that has been functioning since 1040. You shouldn’t ignore either the traditional beer of the historical region of Swabia, of which Günzburg is a part. For example, find in the menu of the local restaurants beer from the “Gold Ox” brewery in Ulm. As to the dishes of the Swabian cuisine, here you will find Schupfnudeln, i.e. potato, or “finger” noodles. Its recipe is very simple: potatoes are boiled, mashed, mixed with eggs, nutmeg and other spices. Then the mass is rolled out, formed into thick noodles resembling fingers. It goes well with Fleischkäse – “meat cheese” baked in the oven. This is the literal translation of this dish’s name. Minced meat is made from beef and pork with spices, after which this extremely ground mass is baked in the oven. Another popular dish is egg noodles Spätzle. It is made from usual dough scraped from a wooden grater and immediately cooked in salty water. It can be served both with meat sauce or bacon, cheese and greens. To honour Bavaria where Günzburg is located, for dessert try the traditional baked goods Auszogne with crispy core and thicker edges.

If you find yourself in the old town of Günzburg, take a couple of hours and have a walk, looking at the wonderful houses and old churches. But the Legoland theme park located outside the town centre will take much more time! Here you will find small copies of the most famous constructions around the world and even entire blocks of some cities.

Other entertainment deserving attention is the summer festival Kultursommer full of live concerts and theatre performances, Guntiafest with historical costumes, competitions, fairs and performances in the end of June. During Easter, in the beginning of May and on November 25 there are large fairs in the town where you can try real farmer products.

Cafes, bars and restaurants in Günzburg 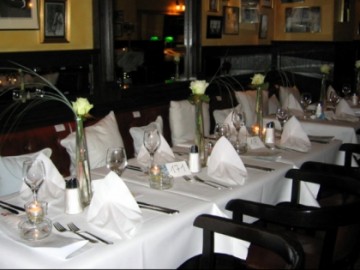 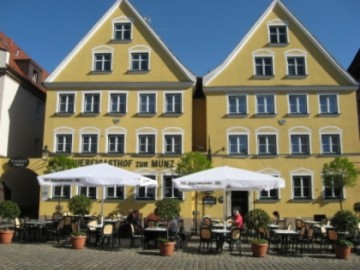 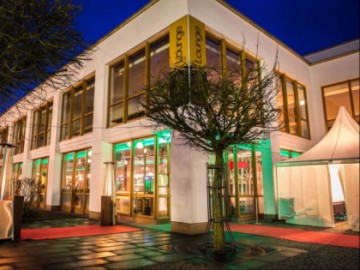 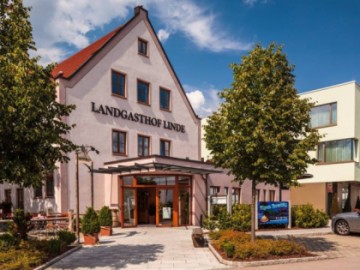 Landmarks in the city Günzburg 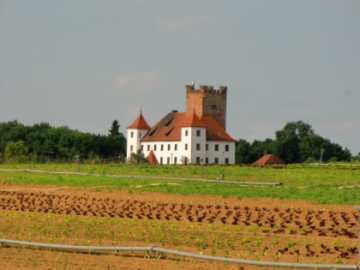 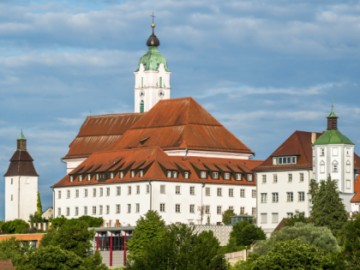