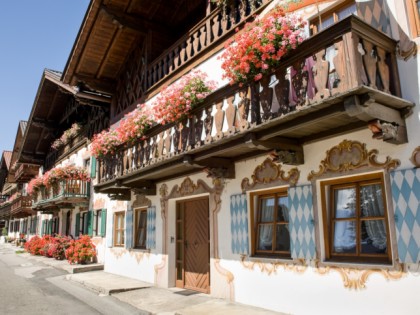 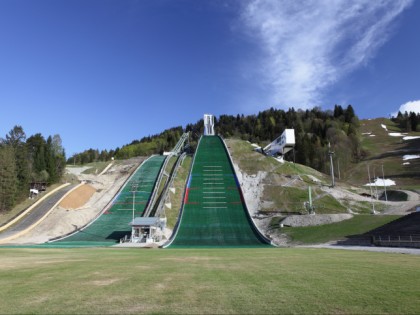 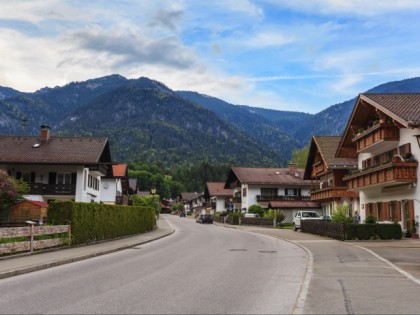 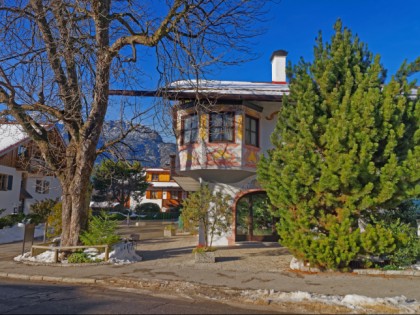 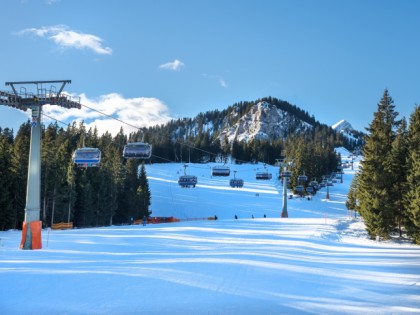 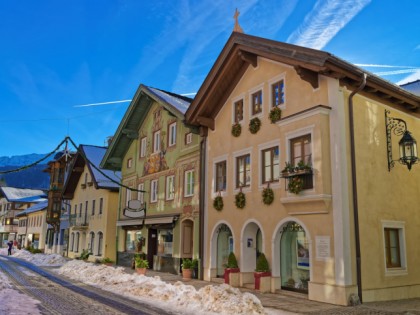 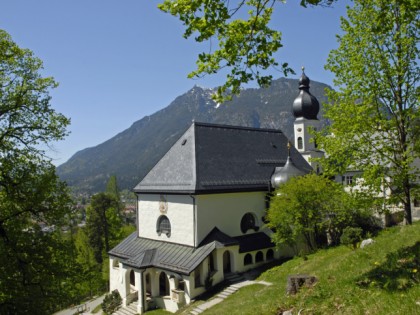 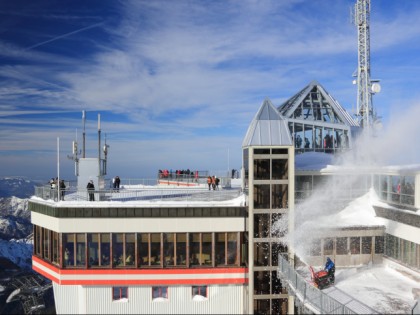 Garmisch-Partenkirchen, Zugspitze, Bible Stories, and a Bottle of Liquor

Less than a hundred years have passed since the IV Olympic Winter Games in 1936 in Garmisch-Partenkirchen. It has now become the most fashionable ski resort in Germany. But life here is not only measured by the snow in the Bavarian Alps and skiing. In summer there are no less people in the mountains: the network of hiking trails and cable cars are like a magnet for lovers of hiking. So this natural spa and health resort with fabulous air and magical landscape is never empty.

The history of the modern resort started in the Roman times. It is known that the settlement Partanum appeared on the trade route from Venice to Augsburg in 15 AD. The settlement was later renamed Partenkirchen. Its main street - Ludwigstraße - repeats the outlines of the ancient Roman road. Garmisch appeared on the map 800 years after Partenkirchen. Historians believe that the Teutonic tribes established Germaneskau, the German region, to keep control of the western part of the valley. Garmisch emerged from that area.

The European nobility appreciated Garmisch settlement and Paternkirhen in the early twentieth century, when the railroad was constructed here. People began actively visiting the place for clean air and beauty of mountain landscapes. In 1935, a year before the Winter Olympics, it was decided to combine the two settlements, making them a ski resort. The unification was against the wish of local residents, who always opposed each other. The differences in the traditions and dialect and even in architecture are noticeable until now: in Garmisch houses look more modern, while paved streets and medieval houses in Partenkirchen with paintings of biblical scenes "invite" into the old times. Another interesting fact is that, until recently, the residents of Garmisch fundamentally didn’t intermarry with the residents of Partenkirchen.

However, all this did not prevent the combined resort to develop successfully. Today there are tracks of any level of complexity here; winter sports competitions of various scale are regularly held in it and it has several ski schools. Garmisch-Partenkirchen is located on the foot of Zugspitze- Germany's highest mountain, about 3 km high! But people come to the resort not only for skiing. All year round you can recuperate in the health spa center, and conquer the mountain in the warmer months. The local landscape is laced with hiking trails, cycling paths, a network of cable cars. At any time of the year the Partnach Gorge (Partnachklam) impresses people with a mountain river flowing through it. A trip on the cog railway to Zugspitze is also a pleasure.

Garmisch-Partenkirhen is not famous for its own beers. But the Germany’s highest beer garden- Zugspitze Gipfelalm Lodge - is here, located on the famous mountain. But lovers of stronger drinks should visit Ettal Monastery (Kloster Ettal) in the same-name village: they make amazingly delicious herbal liqueurs. When it comes to food, Bavarian sausages, which people usually eat with hands, are popular here. The more respected dish is pork leg served with dumplings - balls made of flour or potatoes and cooked in water or steamed. You can find this traditional Bavarian food in many local restaurants.

Shopping is another option for pastime in the town. A lot of shops - from small shops to boutiques with fashionable clothes and sports equipment – are concentrated on Ludwigstraße. You will really enjoy wandering through them, looking for some pleasant little things.

In short, Garmisch-Partenkirchen is a charming place, which brings every tourist to peace of mind. So you do not need to be a lover of skiing to enjoy the views from the Zugspitze, a mug or two of beer at its peak, hasteless walking on a paved street with painted houses and visits to nearby Oberammergau and Ettal monastery.

Cafes, bars and restaurants in Garmisch-Partenkirchen 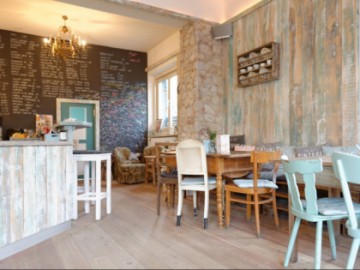 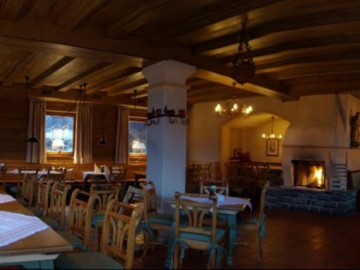 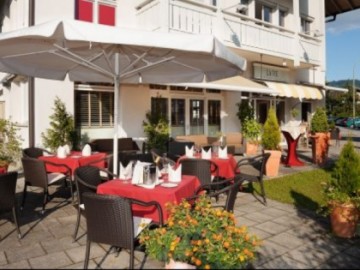 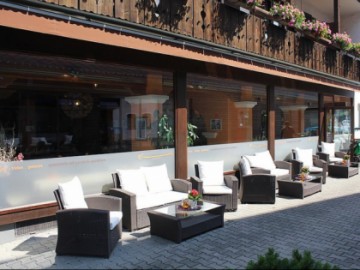 Landmarks in the city Garmisch-Partenkirchen 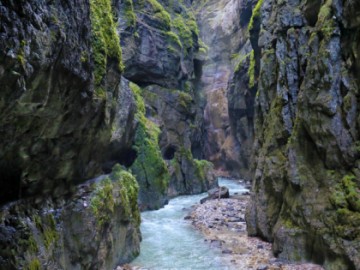 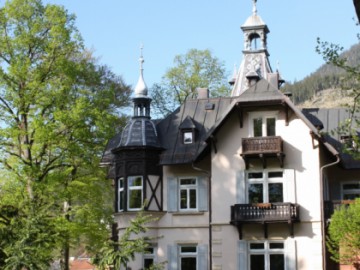