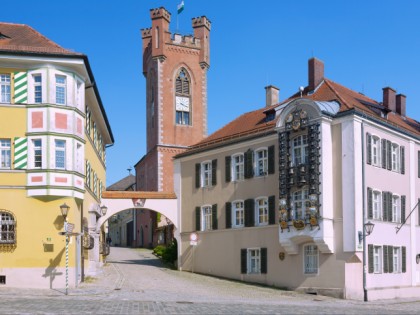 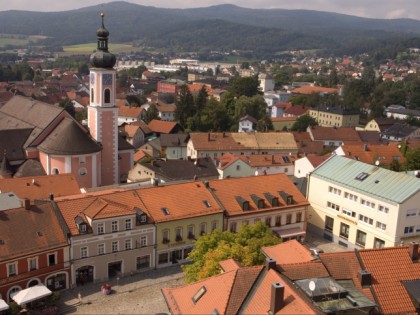 The Bavarian town Furth im Wald is famous for the first German Dragon Museum and the oldest folk festival Drachenstich in Germany. Thousands of tourists get here to see the scene of the town’s deliverance from a giant dragon. The charm of the old town, a magnificent nature and Bavarian and Czech cuisine are at visitors’ disposal.

The population of Furth im Wald totals 9 thousand people. The town's name means Furth-in-woods, as translated from German. But it also has another name, which is considered official - Drachenstadt or a "City of Dragons". However, this name still comes from a legend, which somewhat contributed to the town's glory. The real story of Furth is briefly as follows. It was first mentioned in chronicles in 1086 under the name Vurte. It was a customs point on the border with the Czech lands. In 1360 the first church appeared here, and in 1470 the town gathered people's volunteer army – Landwehr, for the first time. It was the first Landwehr in the territory of modern Bavaria. Landwehr appeared in Furth im Wald on purpose. In the first half of the XV century, the town turned out to be in the epicenter of Hussite wars. A great war reached Furth again two centuries later. Like many other cities in Bavaria, it suffered heavily during the Thirty Years' War of 1618-1638.

In 1764, thanks to the agreement for boundary demarcation between Austria, which owned Czech lands at that time, and Bavaria - Furth im Wald finally became a part of Bavaria. Since then and so far it is a frontier town. Its role particularly increased during the "Cold War", when the town appeared in close proximity to the West Germany-hostile "socialist camp". But in 1990, the old fortifications were dismantled, and now you can reach Furth from the Czech Republic quite easily. Many people do so.

The town, located halfway between Munich and Prague, attracted many merchants and pilgrims even in the Middle Ages. At that time, in the heyday of trade between the towns of Bavaria, Bohemia and the Czech Republic, Furth flourished and grew rich. In 1669 a new church was built in the town. This Temple of the Cross survives to this day. There are numerous buildings, which prove the olden wealth of the town. Lovers of the medieval architecture will be attracted by a quite nice Town Hall and its surrounding picturesque buildings. And, of course, the theme of the dragon is represented in the town on a full scale: there is a dragon cave, dragon lake, dragon garden and dragon museum here.

The town’s main festival is Drachenstich Festival (Slaying of the Dragon). It is regularly held in August since 1590. It usually begins on August 5-6 and lasts until the third decade of the last month of summer. It is the oldest folklore festival in Germany. Legend has it that a dragon, living once in the surrounding woods, regularly demanded human sacrifice from the residents of Furth im Wald. Citizens endured that for a long time, until a young knight Udo dared to challenge the dragon. The braveheart won, of course, thus having set up a tradition of the town’s festival “Slaying of the Dragon”. Today it is a full-scale theatrical multi-day show. Over 1,500 actors and 200 horses take part in it every year. The key figure of the festival is the dragon itself. Previously, it was a huge doll. Now it is a giant robot with a remote control. This fire-breathing monster has a name - TRADINNO (merging of the words TRADition and INNOvation). The event is accompanied by a music festival, fancy-dress parades, fairs and other corresponding attributes.

But wait, there is more. Another festival begins just on completing the Drachenstich Festival. It is called Cave Gladium. It is a restoration of the medieval spear-running. Fans of historical costumes in armor fight dismounted with swords within three days. This festival is a reminder of the history of Hussite wars. In 1431, unmounted Hussite peasants defeated the knightly cavalry on these sites. Competitions of archers and fishermen duels (Fischerstechen) are also held during the tournament. In the competition, participants try to push each other off the boat into the water with the help of poles. These festivals in Furth im Wald attract visitors from all over Germany, the Czech Republic and from many other countries.

Attractions of this cozy Bavarian town also include a tasty and inexpensive food. Tourists are offered numerous cafés, bistros and restaurants with Bavarian and Czech cuisine. For example, a pork knee, popular in Bavaria and the Czech Republic, is found everywhere here. Visitors can also taste an exclusively Bavarian delicacy - Bayerischer Leberkäse. This is a meat dish. A minced pork and beef is placed in special moulds. Pellets, similar to bread loaves, are obtained after baking. Actually, leberkäse was originally prepared in loaf moulds. Then the ready "loaf", which resembles a usual ham, is cut into slices (again, like bread) and served to the table. Leberkäse requires a side dish, which usually consists of potato dumplings, pickled cucumbers or sauerkraut. All this is supplemented with mustard, which is always served with leberkäse. The dish is usually washed down by beer, which is in excess and of different sorts in Furth im Wald, situated on the Bavarian-Czech border.

Furth is an interesting town in many respects. It is proud not only of the Drachenstich Festival, but also of the role of a specific bridge between the German and the Slavonic world. Various cultural events, aimed to emphasize the closeness of the European peoples, are often held here. Another concept which the town authorities try to put into practice, is a combination of traditions and innovations. No wonder that the dragon, which is slain every August during the town's main festival, is named Tradinno. 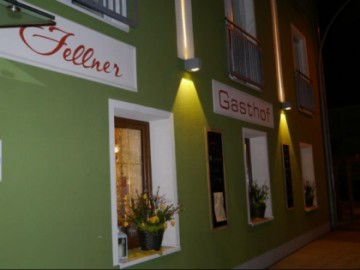 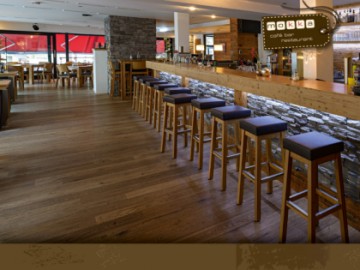 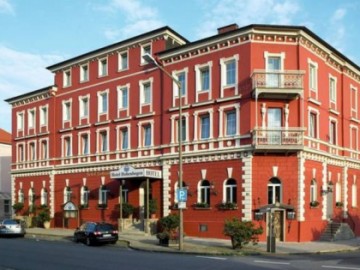 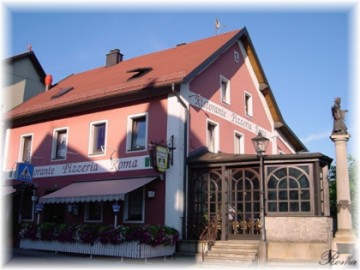 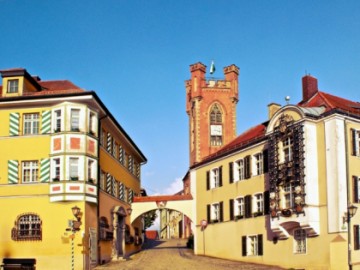 Dragon Museum in Furth im Wald — Meeting with a Legend 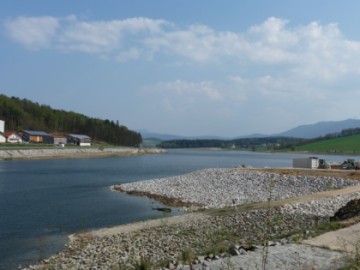