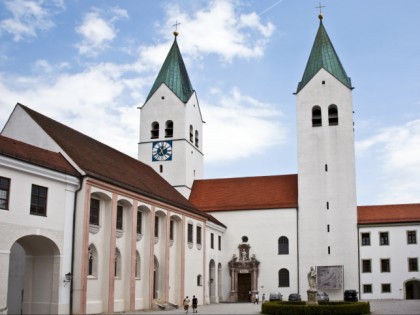 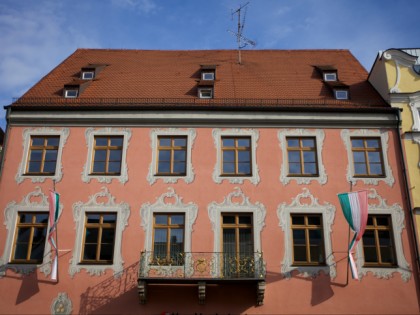 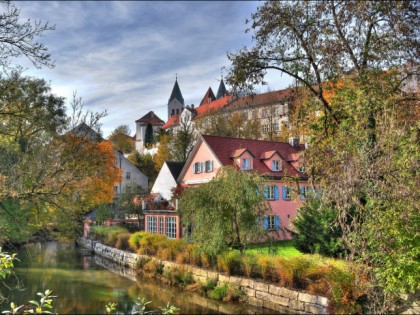 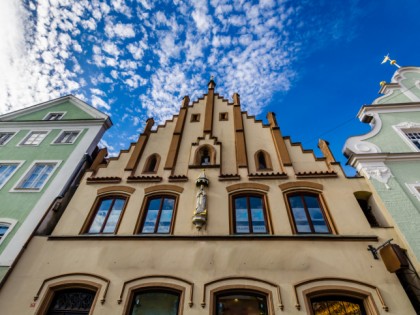 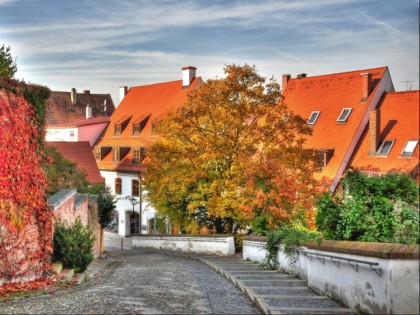 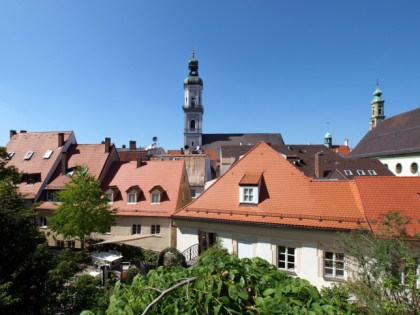 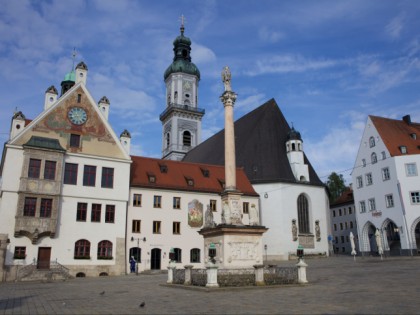 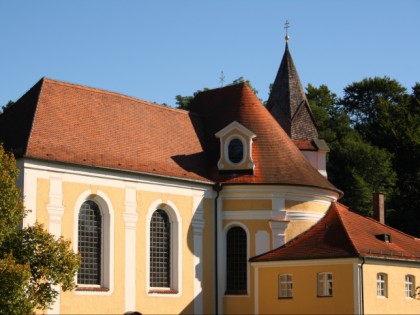 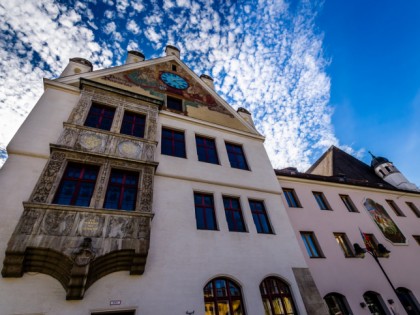 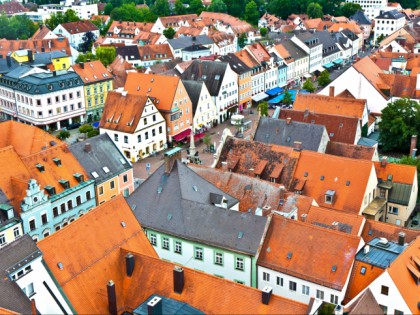 The best beer in the country ... This is the important thing you should know about Freising - a small town with the world’s oldest brewery! It boasts the incredibly rich history of beer and its varieties that worth trying here.

The settlement on the site of the present Freising has existed since the Bronze Age. But the town's history begins in 724, when St. Corbinian founded a Benedictine monastery. This monastery became the forerunner of the diocese, which was organized by Saint Boniface after Corbinian's death in 739. He also became the chief bishop. Subsequently, all the bishops-princes of Freising were very powerful and their fame at the foot of the Bishop's Castle quickly grew on the salt trade. In 996, the Holy Roman Emperor Otto III granted Freising a city status. Freising became the main city of Bavaria. But after the devastation by the warlike Duke of Saxony, Henry the Lion, in 1158, the city surrendered the leading role in the Munich region.

There are two architectural dominants in Freising. The first is the Cathedral Hill (Freisinger Domberg) with the seat of a bishop and the Freising Cathedral (Freisinger Dom), also known as the Cathedral of St. Mary and St. Corbinian (Dom St. Maria und St. Korbinian). The second is the Weihenstephan Hill. The Benedictine Monastery of St. Stephen (Benediktiner Kloster Weihenstephan) is on it, in addition to the botanical garden and the Munich Technical University campus. The world's oldest brewery - Weihenstephan – has been working under the monastery since 1040. It is a public brewery, under which the Graduate Brewing School works successfully. However, most of the beer of Freising is produced at Mainburger Straße: this is where the court brewery (Hofbrauhaus) is now working. And it is worth a visit just like the Weihenstephan Hill.

In Freising, be sure to try the famous beer varieties ranging from Huber Weissbier to Jägerbier, which have been produced at the court brewery since the seventies of the XX century. There is a picture of a polar bear on the bottles of light wheat beer called Huber Weissbier. There is also Weihenstephaner Weissbier from the famous brewery on the same-name hill, or its strongest beer is Infinium. After beer you will wish to try hearty Bavarian cuisine. You can start with appetizers (Brodzeit) with sausage and black bread. Obatzda is a traditional dish for beer. It is made of grated Camembert and butter with spices and bread crumbs. For the main course you can find here Schnupfnudeln - the so-called "finger" or potato noodles. It is made of cooked and mashed potatoes with eggs and nutmeg. Leberkäse, pork legs in garlic sauce (Scweinshaxen), and Sauerkraut are also served everywhere. Munich white sausage (Münchner Weißwurst) is a great snack in the middle of the day. For dessert, you can take the famous Bavarian cream (Bavarois) or apple strudel (Apfelstrudel).

In Freising it is easy to find yourself in the mid of any holiday. May and the end of April are the time to meet the spring. It is when May Festival (Maifest) “flows over” the city with the celebrations of the first sensible heat. Beer flows like water; all dance, have fun and listen to pop singers. In June, the Roses Day (Rosentag) is held. On that day exhibitions and sale of seeds and already grown flowers, a variety of competitions are held, during which the Rose Queen - the most beautiful girl of the city- is chosen. July is the time of the Theatrical Summer Festival (Theatersommer) with performances by local and visiting troupes, concerts and performances by famous artists. The National Festival (Volksfest) in August with concerts and delicacies for any drinks - from local beer to wine - closes the summer events. In October, the harvest is celebrated. At this time, the week-long Kirchweihdult fair and holiday is held. In November the city lives waiting for Christmas: a market opens here, multicolored lights are lit, mulled wine is brewed and gingerbread is treated.

Despite the beer temptations, it is important not to miss a walk through the old town of Freising. You should start your walk from the main square-the Marienplatz Square (Marienplatz). The Church of St. George (St. Georg) and the Town Hall (Rathaus) with its painted facade and clock tower are on it. Here, the city emblem - the Alpine brown bear – will certainly catch your eye in the heart of the city. According to legend, one of the first bishops-princes of Freising and the first German-language writer, enlightened Bishop Arbeo of Freising (Arbeo von Freising), arrived here with the help of a bear that took him with his baggage over the Alps!

Cafes, bars and restaurants in Freising 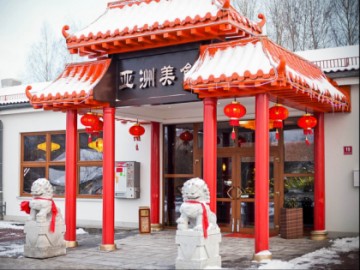 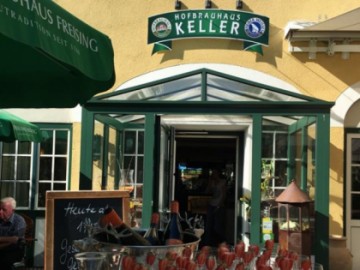 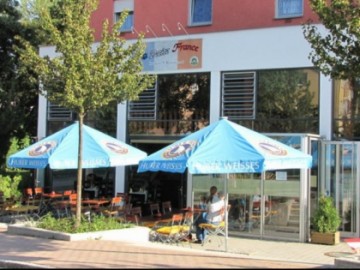 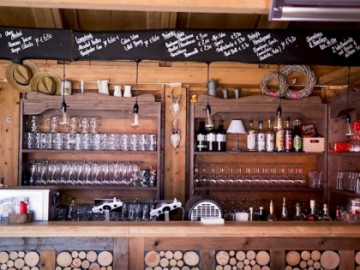 Landmarks in the city Freising 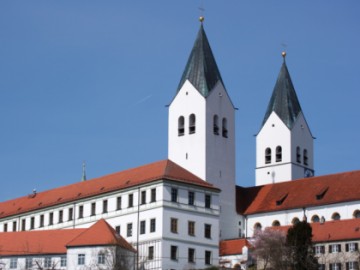 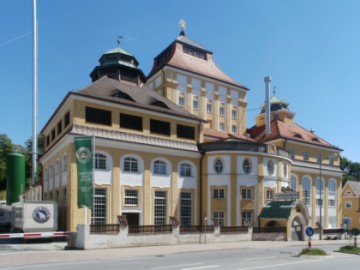 Freising
The Court Brewery
Other places

The Court Brewery: the Birthplace of Huber and Jager Beer 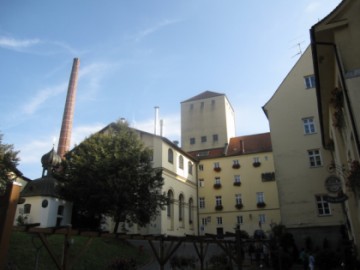