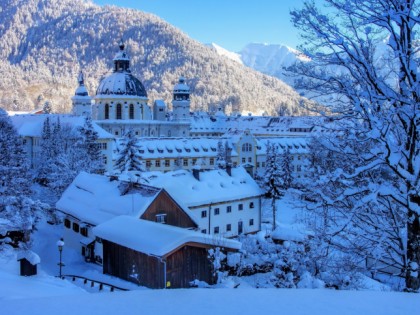 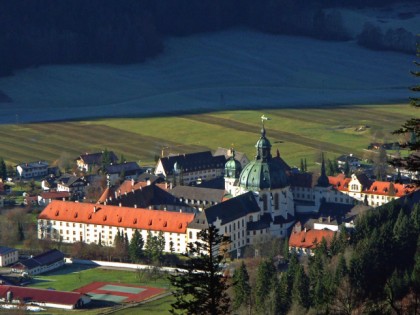 The village of Ettal had become world-known due to the Abbey of the XIV century, which was later rebuilt and became one of the symbols of the Bavarian Baroque. Beer lovers are also well aware of Ettal. Local beer Ettaler is in great demand both in Germany and abroad. The local spicy cheese and liqueurs, which are prepared here to the old monastery recipes, also have their circle of fans.

The history of the settlement is closely related to the Benedictine Ettal Monastery (Kloster Ettal), which was founded by Emperor Ludwig IV the Bavarian in 1330. In 1803, the abbey was dissolved as a result of the secularization. Through the merger of several farmers the commune of Ettal was created and officially registered in 1818. In 1907 the abbey was returned to the church. The basilica with amazing frescoes of the Baroque is the main attraction of Ettal until now.

A brewery has been operating at the Ettal monastery for more than 400 years. There is also a brewing museum (Brauereimuseum) in the town. Worth tasting are different sorts of proprietary beer with a rich taste and pleasant bitterness. They are served in various local establishments. By the way, connoisseurs recommend to take a dark beer with both traditional Bavarian cuisine and a chocolate dessert. After the monks mastered the brewing technology, they learned how to make liqueurs and built a distillery in the Abbey (Ettaler Likörmanufaktur), which works up to now. In the Abbey or any restaurant you can certainly find a snack food to the drinks listed above. For example, the beer is perfectly combined with the local cheese: the "fiery" (Ammergauer Feuerkäse) with garlic and chili, onions (Ammergauer Bierkäse), caraway (Ettaler Kümmelkäse), rampson  (Ammergauer Bärlauchkäse). The cheese is made in the cheese factory (Schaukäserei Ettal) next to the monastery.

In 1878, a castle Linderhof (Schloss Linderhof) was built near Ettal by order of Ludwig II the Bavarian. A small rococo palace attained the fame of "the Bavarian Versailles". A fabulous atmosphere prevails also in the park surrounding the castle. It is decorated with fountains, a Moresque house, golden statues and Venus grotto. Not only architectural and design, but also engineering achievements are associated with this castle. The world's first thermal power plant was built by Sigmund Schuckert in Linderhof in 1878. Twenty four steam generators provided the castle with permanent electrical lighting.

The vicinities of Ettal will certainly appeal to those who love long hikes in the fresh air. You will be inspired by the untouched nature of the Graswang Valley. Walking, cycling, skiing or climbing - the time is not enough for all the activities that are offered here. The so-called Meditation Path (Meditationsweg Ammergauer Alpen) will allow to forget the problems and stay alone with nature. It starts at the pilgrimage church of Wies (Wieskirche), goes on Ammergau Alps (Ammergauer Alpen) and ends at the gates of the Linderhof castle. The route length is 87 km.

Generally, many visit Ettal to find tranquility. And they find it on a forest path, near a two-level mill in the north-west of the village, in the local church or in a beerhouse. In short, Ettal is worth visiting to search the "one’s" corner for the peace of mind.

Cafes, bars and restaurants in Ettal 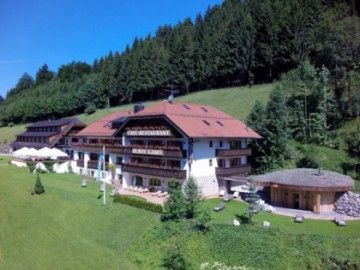 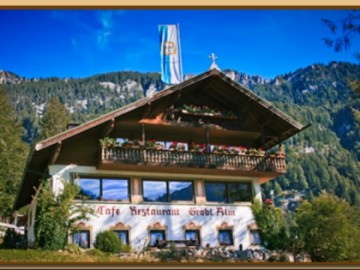 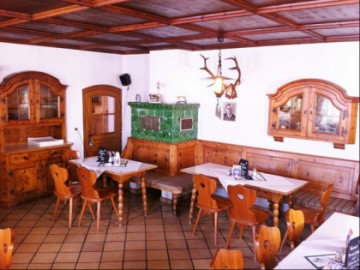 Landmarks in the city Ettal 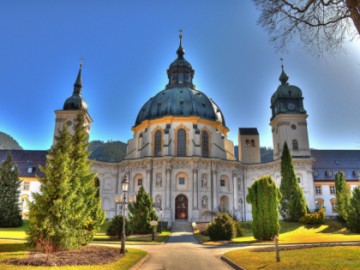 Ettal - a Place Where They Know a Lot about the Fortress