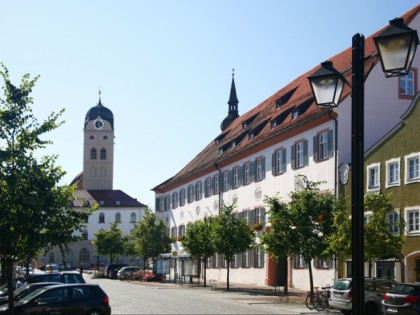 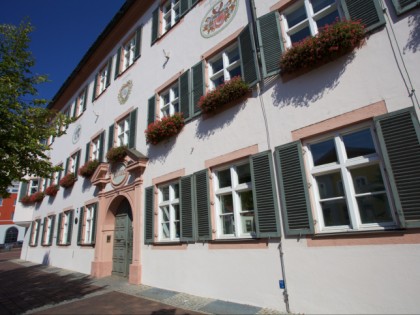 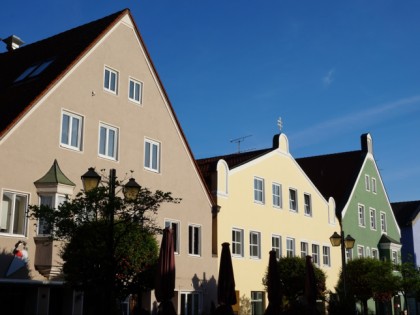 Erding,  located 40 minutes from Munich by car, is best known for a very large thermal bath complex Therme Erding, with a tropical beach, a Jacuzzi and numerous waterslides. In addition, the town is worth visiting in order to try the wheat beer Erdinger Weißbier - one of the best in Europe. The cozy streets of the old town and ancient towers will complement the impressions from this small town.

Throughout its history Erding was in the shade of a powerful neighbor - Munich. Erding received town rights in 1228. For a long time it was a solid castle, protected by rivers Sempt and Feldbach. During the Thirty Years’ War Erding was repeatedly ravaged by the Swedes.

The main square of Erding is Schrannenplatz. Its somewhat elongated shape witnesses the existence of a street market here in the Middle Ages. There is a Town Hall and a clock tower (Glockenturm) of the Church of St. Johann (Stadtpfarrkirche St. Johann) in the square. The tower is notable for refined shapes and is visible from everywhere. The church of St. Johann is the largest in Erding. The savings bank Sparkasse or Schrannenhalle is another historical building in the square. This is a former grain warehouse, which stands out for its massiveness, combined with Renaissance arcade. The "Beautiful Tower" or Schöne Turm is of a tourist interest. It is the most significant of what is left of defensive fortifications of the medieval town. These days, the tower houses a restaurant.

The main hit of Erding is the Erdinger wheat beer (Erdinger Weißbier). It is produced in the town since 1886. There are more than ten sorts of this beer (from non-alcoholic to the dark beer brewed by a special technology), as well as a fan-club since 1995. So this beer is a true legend! You better taste several sorts to get an idea about it. Many consider it the best European wheat beer. A traditional Bavarian food and snacks, known as Brotzeit – a hearty sandwich with sausage (Bratwurst) and coarse peasant bread – go well with the beer. Moreover, the beer can be combined with potato noodles with sauerkraut (Schupfnudeln mit sauerkraut) and the famous white sausages Weißwurst. There is a good reason that Bavaria is called a "Weisswurst Equator» (Weißwurstäquator)!

The Autumn Festival (Herbstfest), held in the last weekend of August, especially stands out of the numerous festivals in Erding. This is one of the largest festivals in Bavaria, which attracts a great number of visitors and in terms of which a great entertainment program is arranged. In summer you can enjoy the old town festival (Altstadtfest) and Cultural Festival (Kulturfestival Sinnflut), with the participation of dancers, theater groups, rock and pop groups, as well as taste a lot of beer. Maypole Festival (Maibaumaufstellen) is a competition for the tallest planted tree, which the town dwellers enthusiastically take part in. Winter Carnival takes place in January: the best couple, a so-called prince and princess are chosen during a ball.

An open-air museum "Erding Farmstead» (Bauernhausmuseum des Landkreises Erding) will help to spend a more interesting time in Erding. You will get to know how peasants lived here in the XIX century. It is curiously enough to look into the City Museum (Stadtmuseum Erdinger) in order to get acquainted with the concept of a "live" museum with interactive exhibits. And, of course, the best way to have a lovely time is to visit Therme Erding. A huge spa complex and an entertainment center provide a lot of options for relaxation. Here you can dedicate your whole day to pleasure!

Cafes, bars and restaurants in Erding 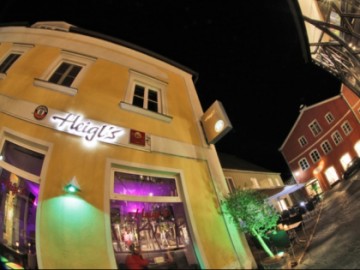 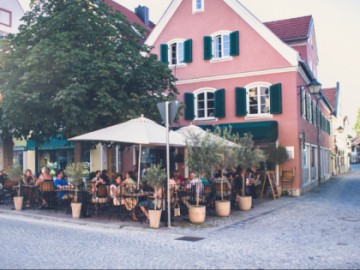 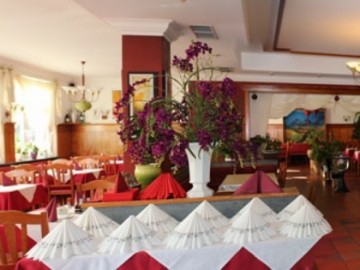 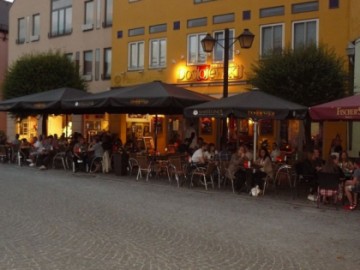 Landmarks in the city Erding 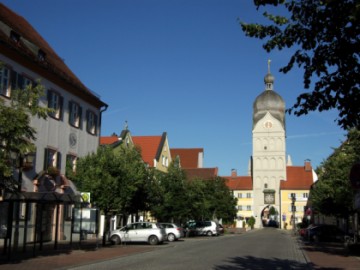 Church of St. Johann and Clock Tower: On High 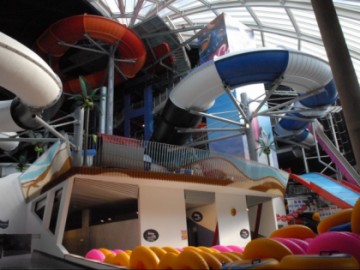 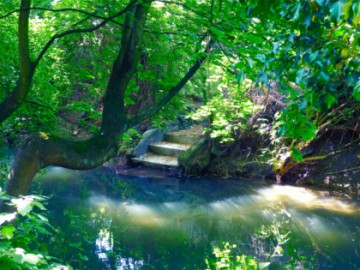