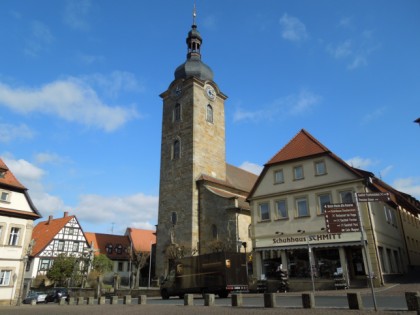 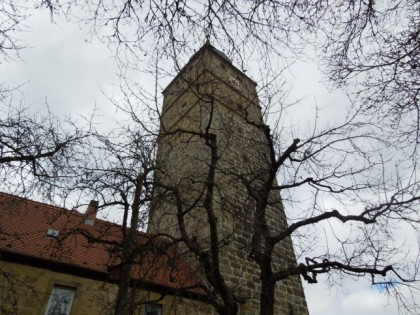 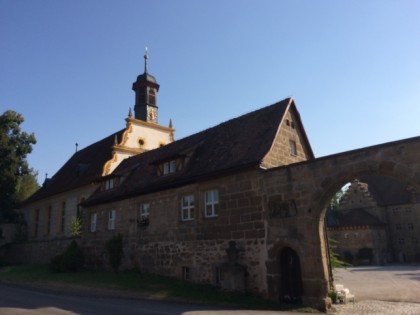 Located in Bavaria, the small town of Ebern is sometimes called the most beautiful bowling alley in Franconia. It’s all about eight skittle-like towers, towering over the city. Tourists should not miss yet another landmark - the magnificent Eyrichshof Castle around Ebern. For seven centuries, it has been owned by one family! The castle is not only open to the public, but it often becomes a platform for filming of movies and television shows.

Ebern was first mentioned in chronicles dating back to 1151. In 1230, it was already mentioned as a fortification, and in 1335 the Bavarian King Ludwig granted Ebern city rights. Alas, almost nothing has been left since the first centuries of Ebern's existence. A large fire that occurred in 1430 almost destroyed the city. It was rebuilt again during more than half a century. In 1491 the construction of the city's current cathedral was completed. The Thirty Years War in 1618-1638 was a new blow for Ebern. But residents did not lose heart and once again raised their city from the ruins.

In 1814, the city was finally included in the kingdom of Bavaria. It is situated on the territory of the federal state of Bavaria until now. Ebern is a small town with a population of a little over 7000 people. It is located in the triangle between Coburg, Bamberg and Schweinfurt, which are more notable on the tourist map of Germany. Visitors of these cities also often visit Ebern, which is known primarily for its eight towers. The highest is called King (König) and is located on the Market Square. It rises above the Church of St. Lawrence (Stadtpfarrkirche St. Laurentius) - the main temple of Ebern. Four other towers are part of the old ramparts. The wall has mostly survived. It is densely covered by plants, so now the old town is surrounded by a large green belt. The last three of the eight towers appeared in the XIX century.

Ebern is also proud for poet Friedrich Rückert, who spent here his younger years -from 1809 till 1825. "The city of smokers, drinkers, womanizer and skittles players": the poet described his native town of Ebern in this way in 1814. The house in which the poet's family lived has survived until now. Apart from it, the tourists will also be interested to see the hotels that first opened its doors 400 years ago. Maybe you should even book a room in one of them for several days. During this time, guests can take a stroll around the city, visit the old Cathedral of St. Lawrence, see the old prison called die Gans, a plaque in memory of those killed in the Peasants' War of 1524-1525 years. In Ebern there are several interesting museums: the local museum, the gallery of painter Xaver Mayr, and the Museum of the Armed Forces of Germany. Ebern also attracts sports lovers. Surrounded by forests and hills, it attracts fans of cycling. The trip on the outskirts of the city can be combined with a tour of the ruins of several ancient castles and a visit to extant Eyrichshof Castle (Schloss Eyrichshof).

The expanse in Ebern is also for lovers of good food. The city, whose name speaks about boars (Eber - in German means wild boar) harbored at these places, is now ready to offer its guests a variety of pork dishes. For example, Nuremberg sausages with beer are available in Ebern as elsewhere in Franconia. Some restaurants in the city offer Rückertspieß -a dish, named after poet Friedrich Rückert. This tender pork loin is cooked with mushrooms - chanterelles. It is served with potatoes and a green salad. The Franconian cuisine is considered one of the most diverse in Germany. Baked trout in its own juice may well be an alternative to pork steak and sausages served with potato or seasonal salad.

Cafes, bars and restaurants in Ebern 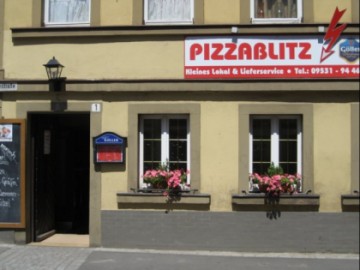 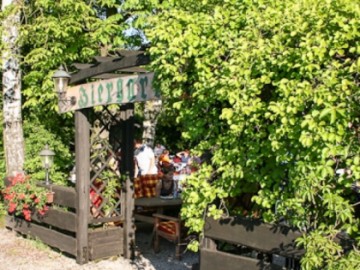 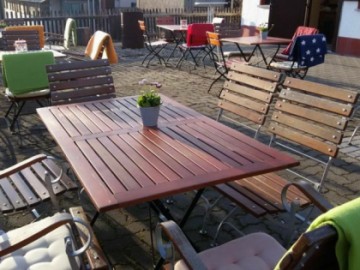 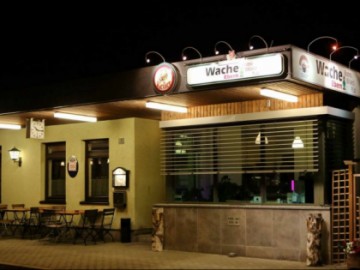 Landmarks in the city Ebern 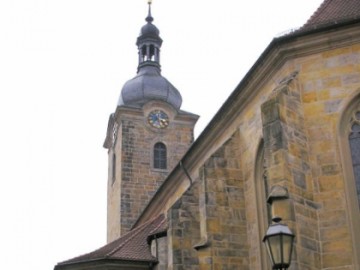 Cathedral of St. Lawrence - the Highest Point in Ebern 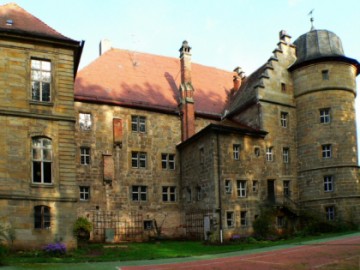 Castle Eyrichshof - 700 Years in the Hands of the Same Family 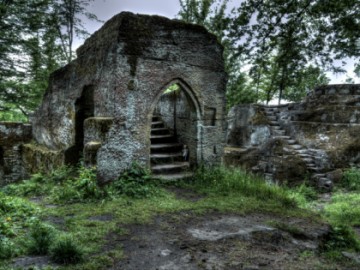 Ruins of the Old Rotenhan Castle Near Ebern - Architectural Monument