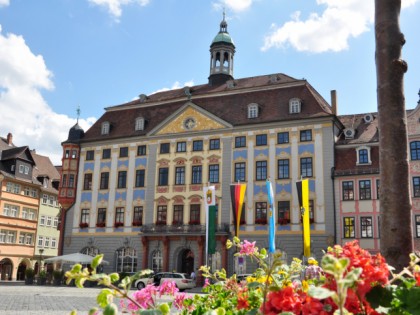 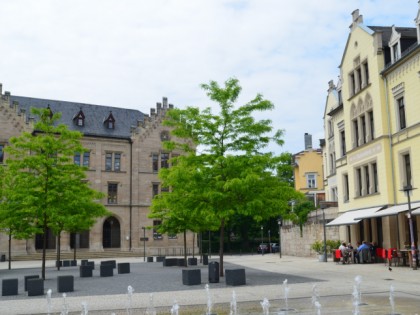 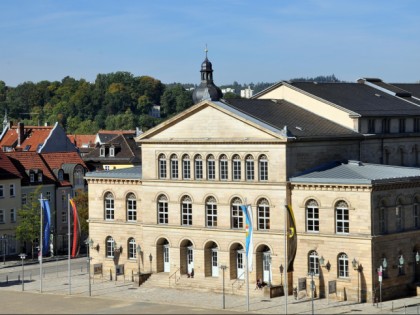 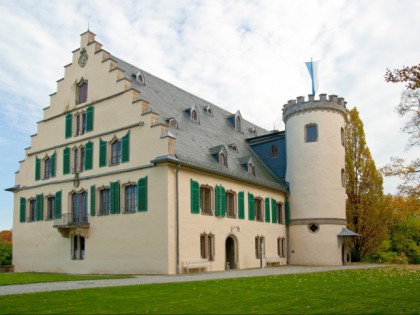 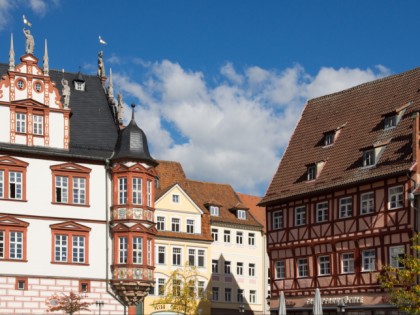 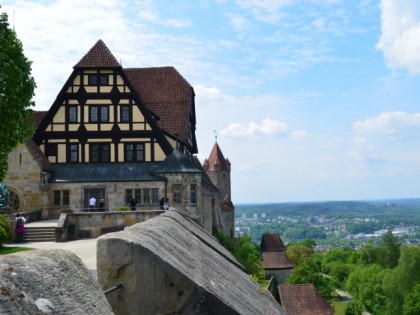 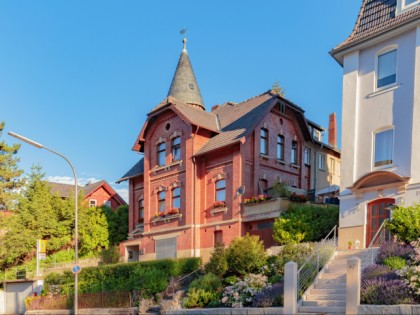 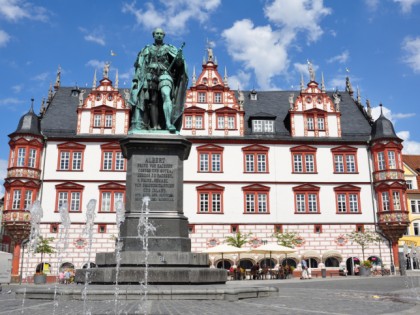 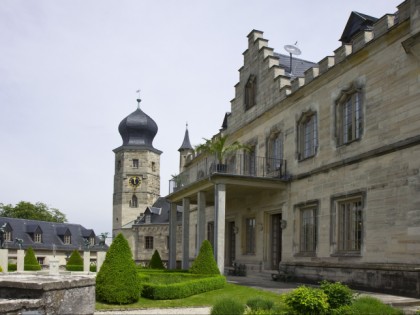 Coburg is the residence of the famous aristocratic dynasty, who managed to intermarry with the main royal families of Europe. But that's not all. The "Franconian Crown" is in the city and it has a beautiful historic center. Besides, it is the birthplace of Coburg sausages, liqueur with a secret recipe and delicious gold gingerbreads!

The South Bavarian city of Cobourg, located in the historical region of Upper Franconia, has been known since the XI century. But people spoke about it only in the XVI century, when the Ernestine branch of the Saxon line of the House of Wettin came to power here. They ruled over Coburg from 1542 until 1918. From 1826 to 1918, the city served as the capital of the duchy of Saxe-Coburg and Gotha.

Through dynastic marriages the rulers of the tiny state intermarried with the most powerful European monarchs, including Russian tsars and even became the founders of the ruling dynasties in the UK (the house of Windsor) and Belgium. The direct relatives of the Dukes of Saxe-Coburg and Gotha - the descendants of the famous royal family, including Russian emperors and the British Queen Victoria often stayed in Coburg. The latter considered the city to be her home. The elegant Ehrenburg Palace and its Hall of Giants are the best evidence. In 1894, the wedding of Grand Duke of Hesse and Princess Victoria Melita of Saxe-Coburg and Gotha, Duchess of Edinburgh took place here. The engagement of Princess Alice (the future Empress Alexandra Fyodorovna) with crown prince Nicholas Romanov, the future Russian Emperor Nicholas II also took place here.

The Church of St. Moritz (Sankt-Moritz-kirche) in the historic center of Coburg draws the eye. It is the oldest temple of the city dedicated to the city’s patron saint, whose image as a Moor can be seen on the arms. The buildings in the Renaissance style in the Market Square (Marktplatz) are also interesting. The most striking examples are the City Hall and the Gymnasium Casimirianum. But the main attraction of Coburg and its important "place of power" is the famous castle or the Coburg Fortress (Veste Coburg). The fortress is called the "Franconian Crown" for its impressive size, rich history and "kinglike" position on Festungsberg Hill.

The house special court liquor (Hof-Likör) and local cakes of Coburg (Coburger Schmätzchen) have taken the first, "crown" place for many years in the list of what is worth a try in the city. While the liquor’s recipe is kept secret, the preparation method and the main components of the gingerbread are known. The components include honey dough, candied orange and lemon, almonds and chocolate coating. A possible variation is with gold leaf on top, for special occasions. This variation is called Goldschmätzchen. In the old days, if the gentleman gave Coburger Schmätzchen to his ladylove, it meant the seriousness of his intentions. Coburg dumplings (Coburger Klöße) with raw potatoes in the Thuringian way and boiled potatoes in the Franconian way are main courses worth tasting in the city. And, of course, you should try the 30-centimeter Coburg pork sausages (Coburger Bratwursten) with the mandatory addition of beef and raw eggs. This tradition of cooking sausages is no less than 500 years old! These sausages are eaten with mustard in a round Brötchen loaf and potato salad.

The International Festival of Samba (Internationales Samba-Festival) is the most important event in Coburg. It takes place in July and brings together thousands of musicians, dancers and about 200 thousand people. In the second half of July, a festival is held for gourmets at the Palace Square (Schlossplatzfest), which is attended by the representatives of all the breweries and other food-related establishments of Coburg and neighboring towns. During this festival you can try all sorts of Bavarian (and not only) beer without exception. Pop music stars and opera celebrities give concerts at the Palace Square in June and August. Johann Strauss Music Days (Johann Strauss Musiktage) are organized for lovers of the classic polka and waltz every two years.  Strauss was an honorary citizen of Coburg. In December, the Christmas market invites guests. Spring is the time of Jazz Night (Jazznacht) and the Spring Festival (Frühlingsfest), also with music and delicious food.

Trying Bavarian beer with Coburg sausages at the Town Hall or listening to Strauss waltzes in the Palace Square, you understand that the city is living with history and at the same time looking to the future. It is indeed, an example of harmony and balance, which you should definitely experience!

Cafes, bars and restaurants in Coburg 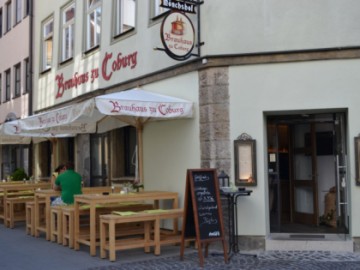 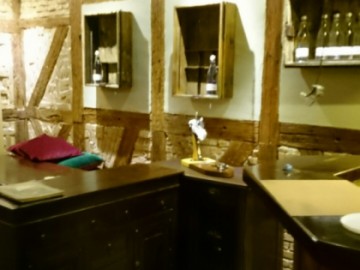 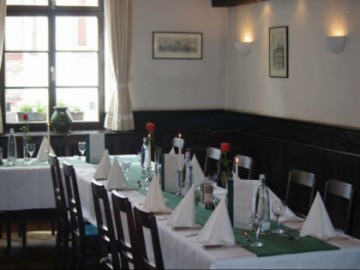 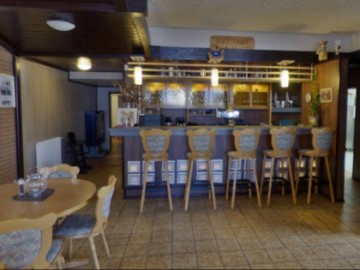 Landmarks in the city Coburg 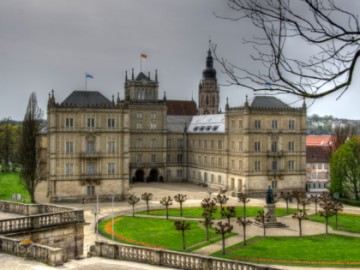 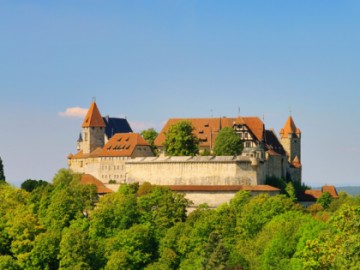 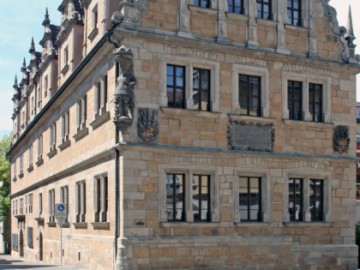