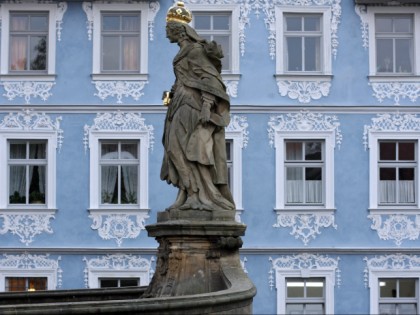 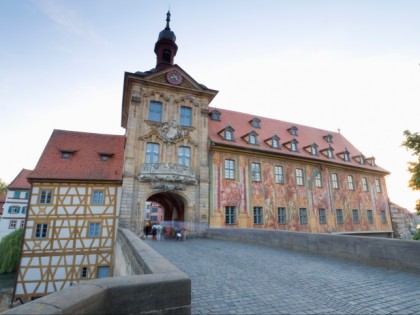 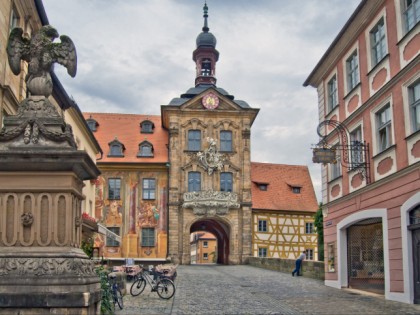 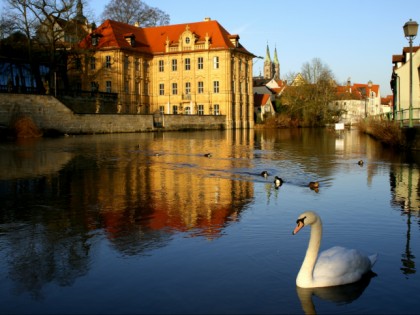 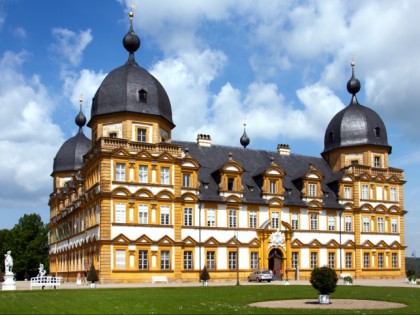 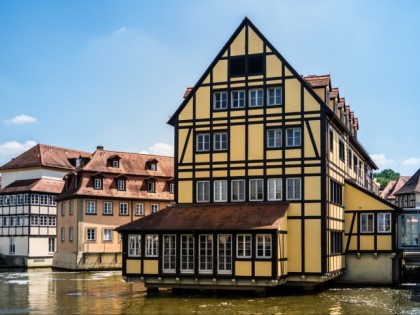 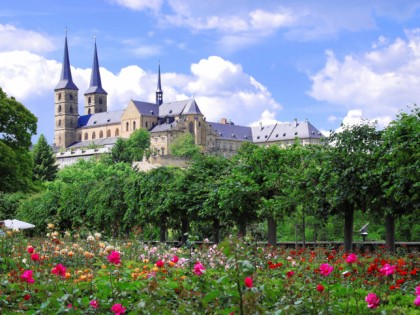 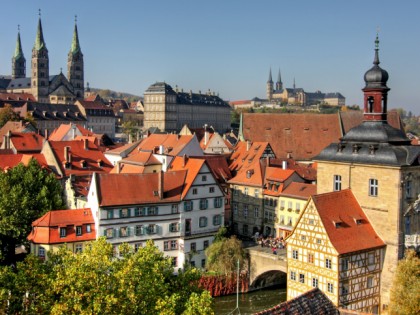 Bamberg: “smoked beer” in the town on seven hills

Located on seven hills, Bamberg is called German Rome. In the 13th century it was one of the centres of European Renaissance. The town preserved street planning and houses of the early Medieval Ages, that’s why in 1993 it was recognized by UNESCO as a monument of World Cultural Heritage. Residents of Bamberg have another reason to be proud – the famous “smoked beer”, or Rauchbier in German. It is brewed by two of the nine local breweries!

Bamberg started shaping in the 10th century around the fortress of Babenberch. Its bloom fell on the 11th century when the Emperor of the Holy Roman Empire Henry II turned it into his residence. He made it as influential as Rome. An 81-metre-tall cathedral (Bamberger Dom) with four towers was erected in the place of the fortress. The third version of the cathedral with elements of late Roman style and early gothics survived to our days. The first two were destroyed by fire. Inside the cathedral canonized emperor Henry II and his wife Cunigunde who is considered the saint patron of the town are buried. The burial-vault of Clement II – the only Pope buried in Germany – is also located here.

The historical centre of Bamberg is divided into three parts. One of them – the Mountain Town (Bergstadt) – used to belong to the Catholic Church. It is here that the Bamberg Cathedral, Old and New residences of bishops are located. The old residence was built in 1576 in the place of the palace of Henry II. The new one was constructed in the beginning of the 18th century. Today you can walk through its forty rooms with original stucco ceiling, furniture and carpets of the 17th-18th centuries. You must also see the garden of the new residence: it is decorated by 18th century sculptures and almost five thousand roses. The garden also has a wonderful view on the town. Another popular observation deck is castle Altenburg on Bamberg’s highest hill. The castle of the beginning of the 12th century preserved its fortress walls and a 33-metre-tall tower. An iron basket for signal fire that was lit to warn of danger the neighbouring castle Giechburg is still hanging on the tower.

Another part of the historical centre – the Island Town (Inselstadt) – is also called “Little Venice” because its Fachwerk houses stand right on the river banks. For centuries, this was a fishermen district that was later taken fancy to by students of one of the oldest universities of Germany (founded in 1647). If you go to the Island Town via the Upper Bridge, you can see the old town hall over Regnitz river. The legend has it that the bishop refused to give land to townsfolk for construction of the town hall. Then they created an artificial island and constructed the building on it. Today the town hall exhibits one of the most considerable collections of porcelain and faience in Europe.

The name of the third part of Bamberg – the Garden Town (Gartenstadt) – appeared thanks to Bamberg farmers. They have raised several original sorts of onion, potato, licorice, radish, asparagus, Savoy cabbage. You can learn about their lifestyle at the Museum of Gardening and Viticulture. The district of Garden Town has fully preserved its structure from old times. There is a special walking route through the district that will bring you to the observation deck. From here a breathtaking view opens on the local garden plots.

It is a must to try famous Bamberg bagels. They are thinner than French croissants and have a vivid creamy taste. They have been baked in Bamberg and consumed every day since the 14th century. Townsfolk even have a saying: “Coffee without a bagel is like a kiss without moustache”. The best choice for dinner would be the hit dish of Bamberg – onions stuffed with meat. Sweetish golden onion of pear-like shape is raised and cultivated only in Bamberg. It is has a special juiciness. Medieval farmers, having tied planks to their shoes, trampled down fresh spears, so that all the juice stayed in the onion. For this they earned the nickname of “onion tramples”. Later this name applied to all residents of Bamberg. This dish is served with mashed potatoes, sauerkraut and sauce based on the famous “smoked beer” Rauchbier. The legend has it, that this beer appeared accidentally. During a fire in a brewery stock of malt absorbed smoke, but the brewer decided not to throw it away. And though the taste was quite specific, townsfolk liked it a lot. Since then malt is smoked on beech logs in Bamberg. “Smoked beer” became popular far beyond Bavaria.

You can taste Rauchbier on Beer Day celebrated on April 23. During this holiday, all local sorts of the drink are presented, and there are more than fifty of them in Bamberg! In August a folk street festival Sandkerwa takes place in the town. It lasts for five days and is considered one of the largest and most visited celebrations in the entire Upper Franconia.

Whether you like beer or are more interested in history and architecture, a lot of discoveries await you in Bamberg. Besides, it is a very picturesque town with orchards and terraces along the river. That’s why talking a walk here is pure joy!

Cafes, bars and restaurants in Bamberg 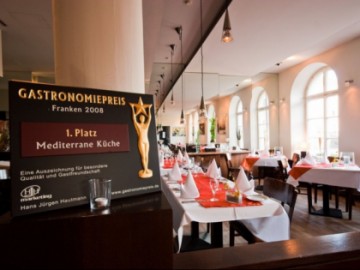 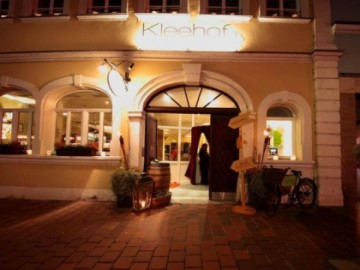 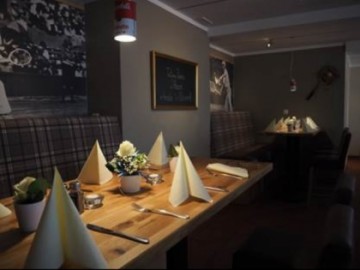 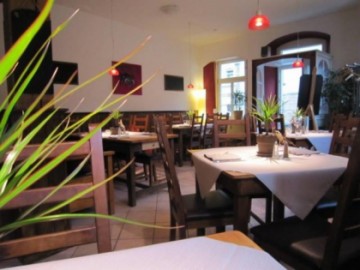 Landmarks in the city Bamberg 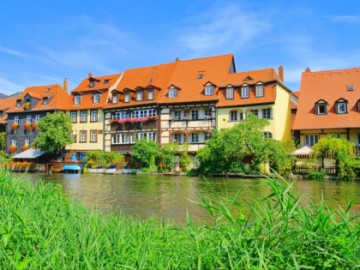 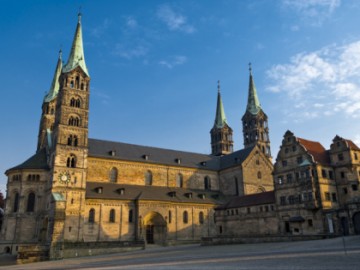 Bamberg Cathedral Dome and Riddle of the Rider 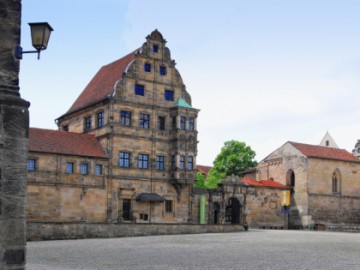 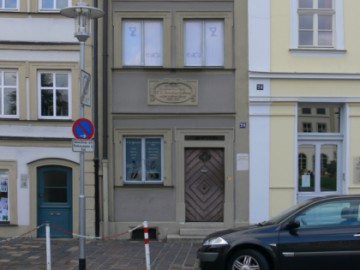 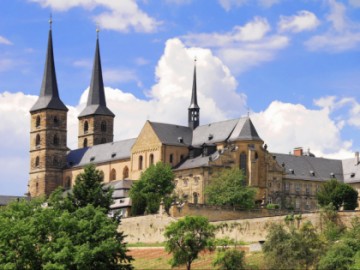 Franconian museum of brewing: secrets of the skill 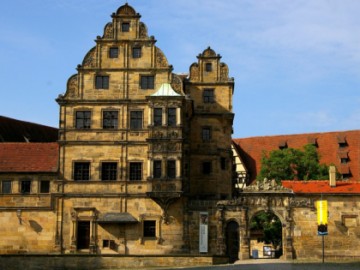 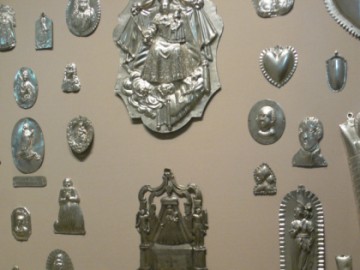