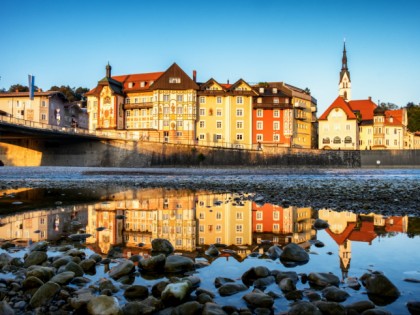 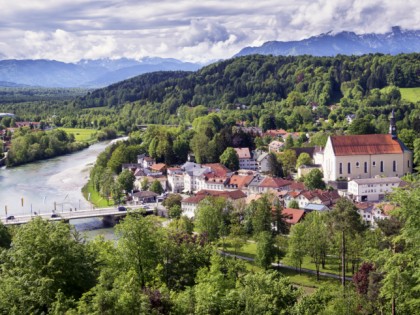 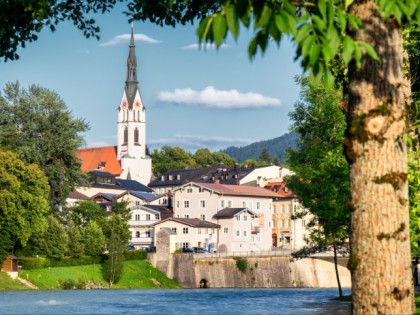 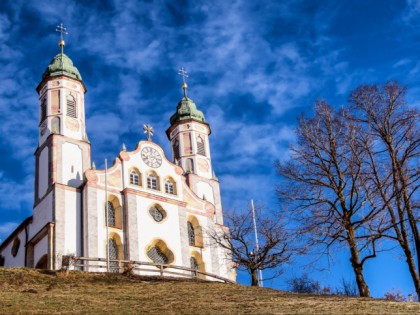 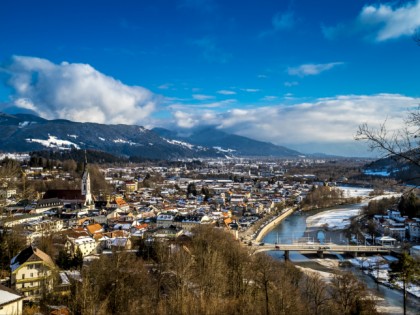 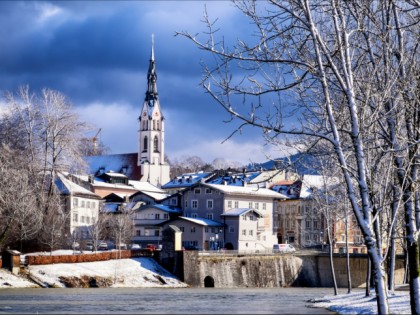 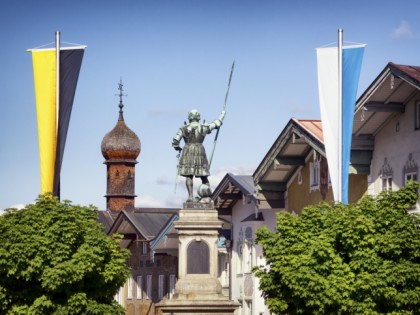 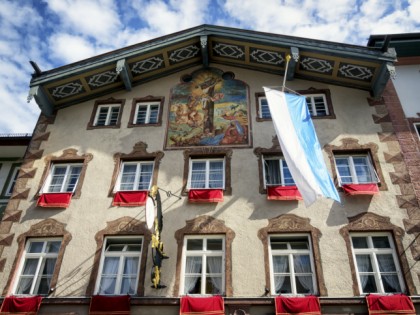 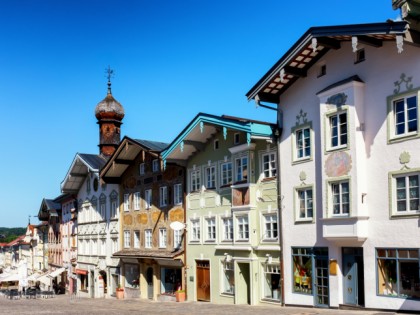 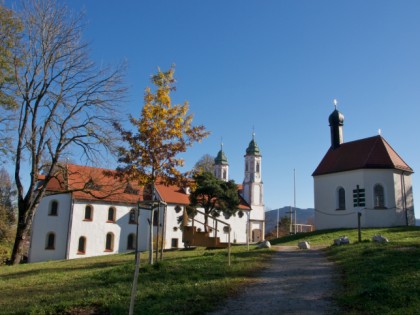 Real Bavarian life with its colouring, extremely colorful, painted houses, views of the Alps, spas and wellness centers with thermal water - all that is Bad Tölz. It is only 50 km or 40 minutes away from Munich.

The place of the present thermal spa of Bad Tölz at the foot of the Alps near the Isar River was habitable immediately after the Ice Age. The Celts, the Romans and the barbarian tribes were here. The name Tölz first appeared in 1155 (it was then pronounced like «Tolnze»). The landowner Heinrich von Tölz (Hainricus de Tolnze, Heinrich von Tollenz) built a castle in this place to control the waterway, by which the people floated timber and transported salt. According to the official version, the settlement Tölz appeared in 1180. But it was given a city status only in 1331. Throughout the XIV century Tölz was a crossroads on the Isar River. 1453 was marked by a fire that destroyed the castle, the main street and the church. After this tragedy, the city was rebuilt in stone. In 1899 the prefix Bad was added to the name when the healing properties of thermal water were discovered in the city and it became a resort.

Located at an altitude of 670 meters above sea level, Bad Tölz captivates with unusually fresh and clean mountain air. In winter, fans of skiing and snowboarding enjoy it. During warmer months, the aromas of alpine herbs are mixed here with the smell of raspberry bushes. This is added with the fragrance of roses: about 45 varieties of these magical flowers grow in the local rose garden! Doctors working in the local health centers and nursing homes have long noticed that the scent of roses has a positive effect on human health, helps fight depression and insomnia. But, of course, the thermal baths with a high content of iodine, water are the main thing at this resort. Respiratory tract infections, joints and spine, cardiovascular diseases are treated here. If there is no need of treatment, then you can entertain yourself at the “Alpine Sea” (Alpamare) thermal complex. It is a recreational and entertainment center with Jacuzzi, water slides and tunnels, salt baths and a swimming pool with whirlpool- a great place that both children and adults will appreciate.

The cuisine in Bad Tölz is predominantly Bavarian. This means that the menu of local restaurants will certainly offer a Bavarian sausage salad, grilled sausages with stewed sour cabbage, roast pork with potato dumplings and even venison ragout. But because this is a resort, you can find here some interesting, unusual things that are worth a try, namely- Gebergsenzian – 40% vol. Schnapps made of the alpine gentian flower extract. Schnapps will be a great digestif after a hearty Bavarian meal. It will also be nice to try the Franconian wine (Frankenwein), even though it is from another region. It perfectly combines with the Bavarian blue mold cheese (Blauschimmelkäse). For dessert, you should try the Bavarian cream (Bayerische Crème) with chocolate or fruit or with sorbet! This cream is like the traditional Italian panna-cat and is made of custard and whipped cream.

It is a pleasure to look at the houses with painted facades in the old town of Bad Tölz. They are painted in the Bavarian technique called Lüftlmalerei or “air painting”. There are a lot of these houses especially on the main street - Marktstrasse (Marktstraße). The XV century Church of the Assumption of the Virgin Mary (Stadtpfarrkirche Mariä Himmelfahrt) attracts the sight with a high, narrow belfry and a beautiful clock. You can trace the entire history of Bad Tölz in the City Museum (Stadtmuseum) in a smart building. It is also interesting to see the villa, where the great writer Thomas Mann spent many summers in the early XX century.

The Rose Festival (Rosentag) held in June and the performances of the choir boys, known as the Tölzer Knabenchor are cultural events worth attention in Bad Tölz. The choir is considered one of the most famous in the world. Their rehearsal room is located in Munich, but they also give concerts at the resort. You can see the dates of their performances on their website. It is also very interesting to witness the procession of pilgrims in horse-drawn carriages and vintage costumes - Leonhardifahrt. This solemn and colorful procession goes up the Kalvarienberg hill in November. The tradition dates back to 1855.

In addition to leisurely walks in Bad Tölz, you can also go on a recreational walk through the foothills of the Alps. For it you need to get the maps of the route “Heilklimapark Bad Tölz” and the route to Mount Blomberg at the local tourism office. The elegant city and stunning nature surrounding it make up a complete picture of this Bavarian province- cozy and beautiful. 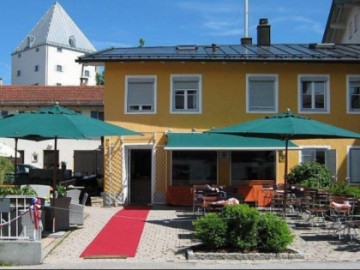 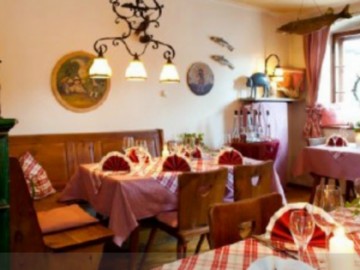 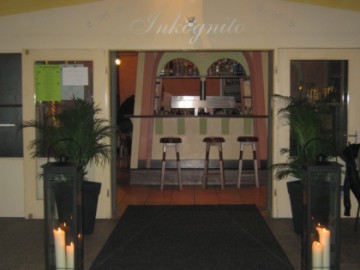 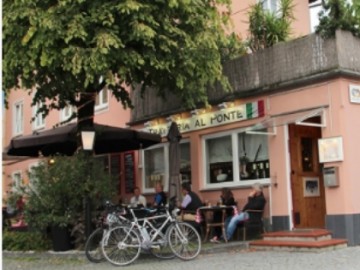 Landmarks in the city Bad Tölz 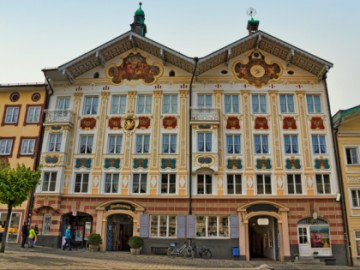 City Museum of Bad Tölz with a Celtic Girl 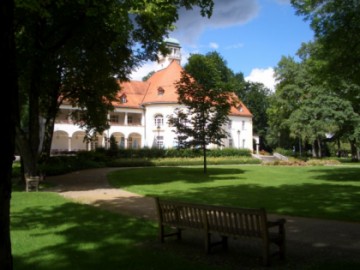 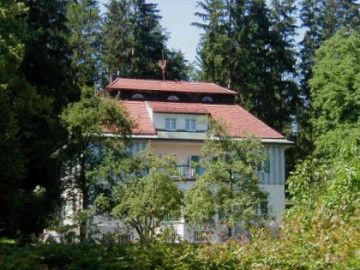