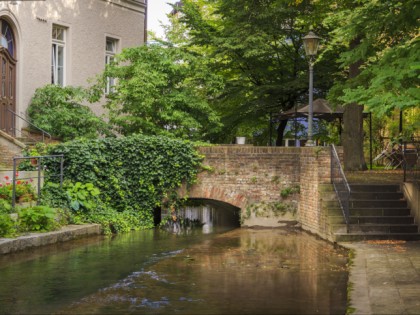 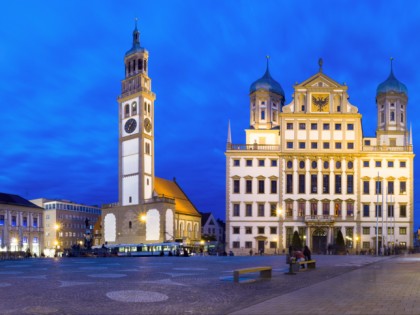 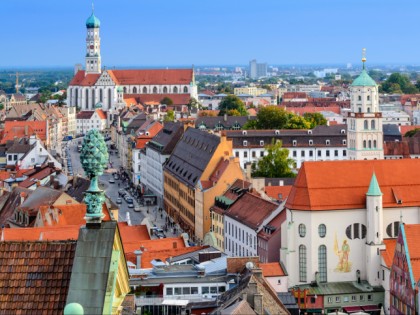 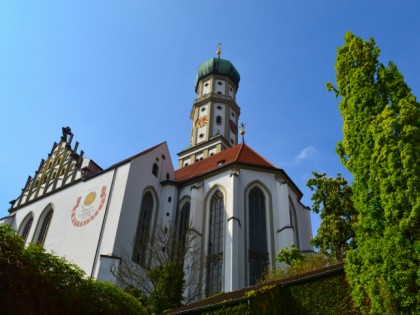 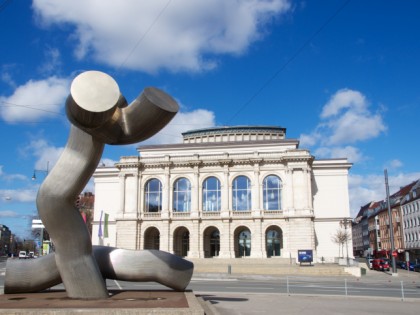 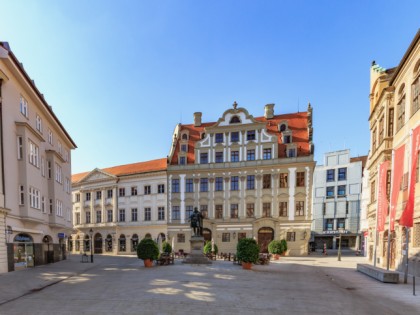 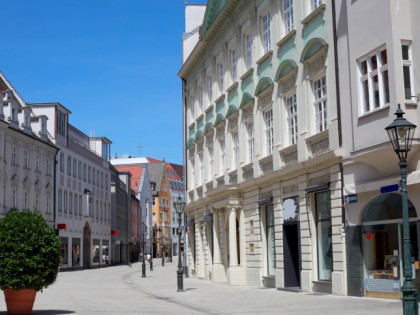 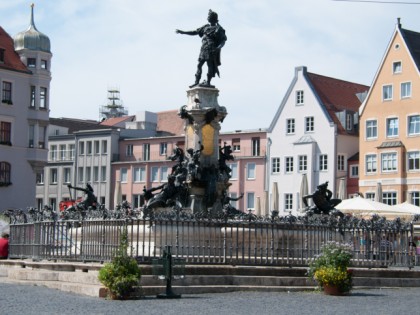 Augsburg, city of canals and jewelers

In the medieval ages the merchant Augsburg was a symbol of prosperity of the burger Germany – and also, a symbol of kindness and peace. It was here that after the long Thirty Years’ war the first celebration in honour of reconciliation between the Catholics and the Lutherans took place. Today it is a town of jewelers, cakes and Bavarian beer. Augsburg is also often called the town of canals because it stands on two rivers – Lech and Wertach, and long time ago canals were dug to assist the work of mills and provide water to numerous weaving workshops. Today there are neither mills, no weavers here, but canals give the town a special charm.

Augsburg is an almost unique town for Germany. It was founded before Christ. In 15 B.C. Roman legionaries set up a military camp here called Augusta Vindelicorum (thus the name Augsburg). The settlement played a notable role during all 400 years of Roman rule. Trade and military roads met here. Later this was one of the centers of German Christianity. In 304 Roman soldiers beheaded a Christian woman called Afra in this place, who was later canonized. Afra is still honoured in Augsburg, she is considered to be the saint patron of the town.

Conveniently located on the confluence of rivers, in the Middle Ages Augsburg became a trading center. Jeweler’s art became the most widespread handicraft. Since then and until present day it is often called the town of jewelers. It is considered that a tourist can’t leave Augsburg without a jewelry souvenir. Quite naturally, jewelry art helped both the town and its citizens grow rich. In particular, the Fugger family is still remembered here – one of the most famous merchant families of the medieval Germany. Having made their fortune on wool trade, the Fugger became engaged in usury and established the largest banking house in the 15th century. Kings and dukes had debts to the Fugger family! People of fantastic riches that they were, the Fugger family patronized culture and science, engaged in charity. With their efforts a quarter for the poor appeared in Augsburg, called Fuggerei. The Fugger’s era ended in the 17th century due to the Thirty Years’ war. However, it affected simple burgers as well. One of the richest towns in Germany lost the most part of its population during the years of war, many buildings were destroyed. After the war was over, masons building the new Augsburg were really honoured. In the second half of the 17th century Hans-Georg Mozart became the head of the masons’ guild – he was the great-great grandfather of the great Mozart. The Mozart family has been known in Augsburg since the 15th century.

Residents of Augsburg call themselves “Datschiburgers”. This is due to the fact that since a long time ago a dessert called “Datschiburger Torte” has been baked in the town. It is a cake made from dough and fruits, sprinkled with sugar powder. Nobody has managed to find its recipe so far – local bakers guard the mystery ardently. As to the main courses, remember that Augsburg is Bavaria, this is why both beer and pork joint can be found at any respectable restaurant.

Augsburg is famous as a town with an amazing for medieval history religious tolerance. It was in Augsburg that in 1650 the first celebration of peace was conducted. After the sanguinary Thirty Years’ war during which Catholics and Protestants mercilessly eradicated each other, was over, it was decided to conduct “Reconciliation Day” in a half-destroyed and half-depopulated Augsburg. This way the Catholic population honoured the Lutherans and apologized for all the hardships they had to endure in the town. Since then the Peace Day is the main town festival celebrated with a carnival on August 8.

Augsburg is crossed by many canals, that’s why it is often called “a town of canals”. Their total length within the town reaches 90 km! Water gives the town a special charm and vibe supplemented by numerous museums. Mozart family house museum, Brecht museum, merchant houses of the Fugger and the Welsser families, museum of Roman heritage, jewelry museum of Duke Maximilian, Holbein museum, railway museum, museum of Swabia handicrafts… There is no time for boredom here! It is important to remember that besides the museums, there is also a majestic town hall building with the adjacent Perlachturm tower. Its rich interiors are the memories of the “golden era” of the burger Augsburg, while a beautiful view of the old town opens from the observation pad of the tower.

Cafes, bars and restaurants in Augsburg 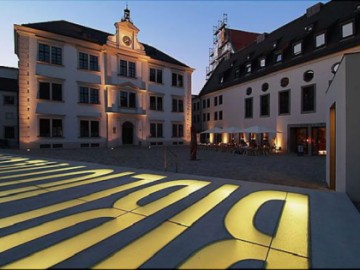 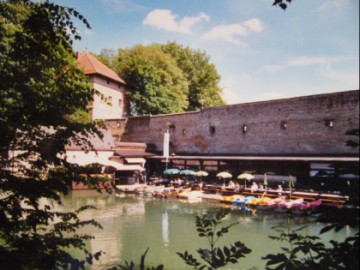 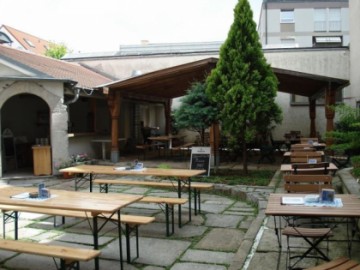 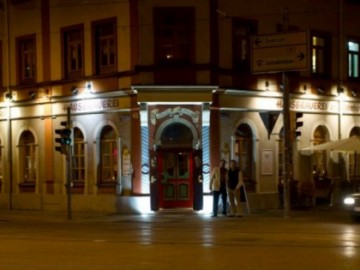 Landmarks in the city Augsburg 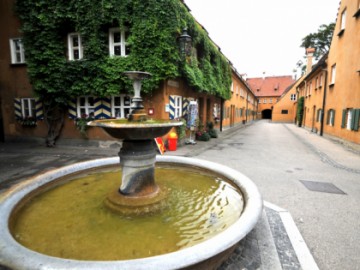 Fuggerei – a present to the poor from bankers 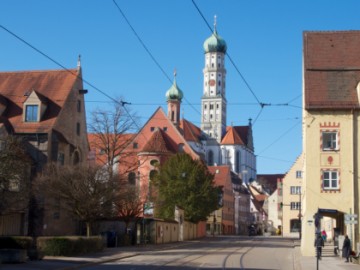 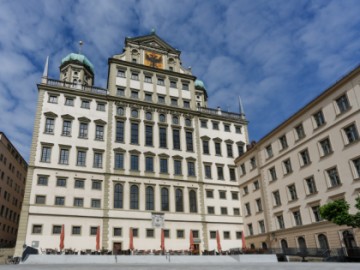 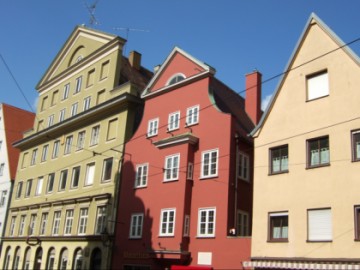 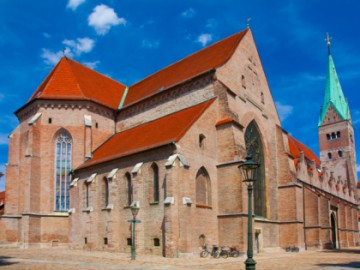 Augsburg
Cathedral of Our Lady in Augsburg
Architectural Monuments

Cathedral of Our Lady in Augsburg 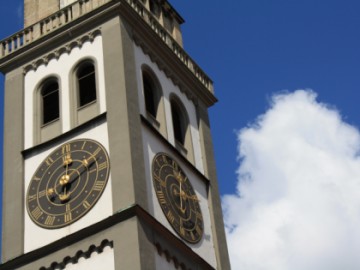 Perlachturm Tower with a view on the Alps 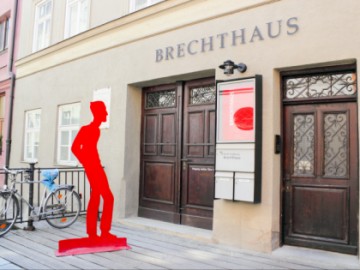 Brecht museum – where inspiration for literature was born 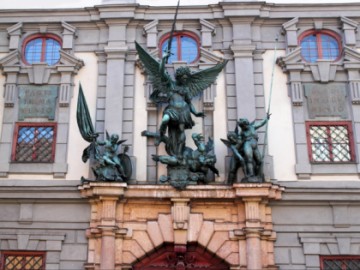