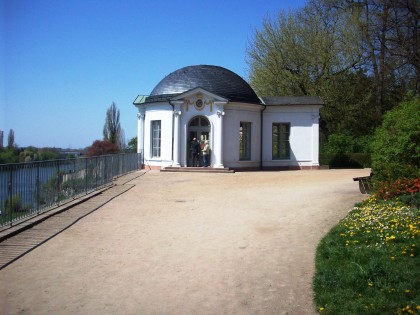 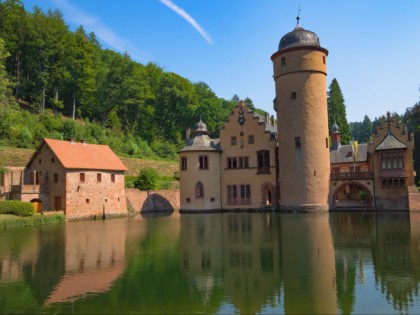 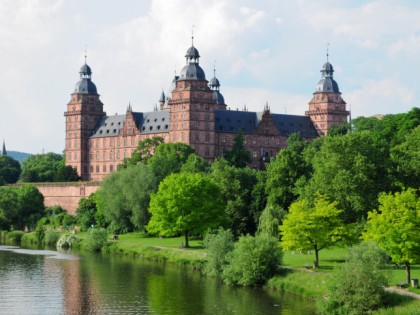 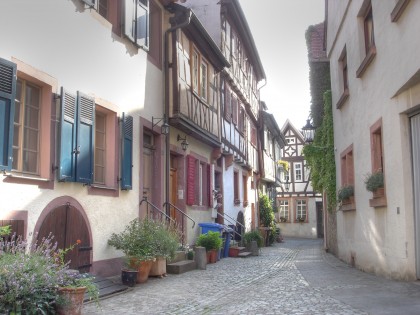 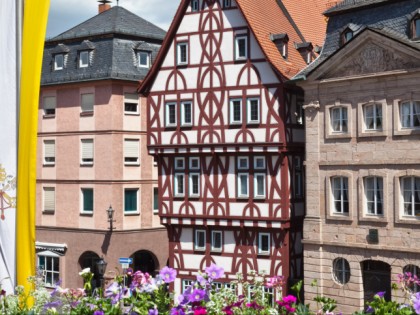 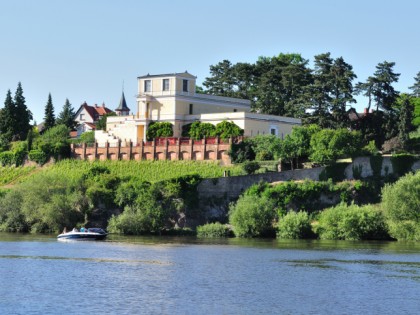 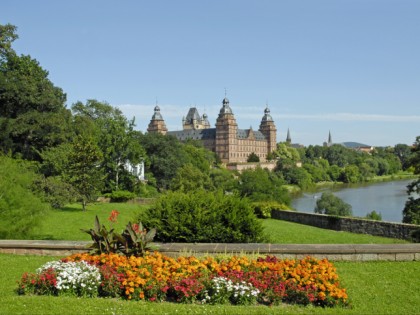 Aschaffenburg, the happiest city in Germany

If the poll conducted by the Stern magazine is to be believed, the happiest place in Germany is Aschaffenburg. More than 80% of its residents are happy with their place of residence and don’t plan to change it – this is the highest index in the country. And if a German feels good in a place, a tourist will surely like it. Besides, Aschaffenburg deserves the title of a museum city. Here you will find various sculptures, memorial plates, wells and fountains on every step. Many of them appeared only in the last decades – but already took an honourable place in guidebooks. One such monument reminds that in 1904 the first German driving school was opened in the town. It existed only for two years but its memory lived…

Geographical location of Aschaffenburg at the north-western border of Bavaria allowed a 19th century poet call it “a tuft on the tail of the Bavarian lion”. The city’s history counts more than a thousand years. For eight centuries the summer residence of the princes electorate and bishops of Mainz was situated here. When in the 19th century Aschaffenburg became a part of Bavaria, king Ludwig I liked to rest here.

Aschaffenburg’s symbol is a 17th century castle of Johannisburg. Unlike many other famous German castles that are often located outside the town or in the suburbs, Johannisburg is in the very heart of the town. Old monuments here coexist with samples of modern architecture. For example, a building of glass and concrete was built in 1958 for the town hall. Today it is already recognized as a protected historical monument where tourists come on excursions! The same occurred to the city theater that was built in 1811: in the process of the latest reconstruction a modern glass façade was added to the building. It is a disputable decision for many but after half a century will undoubtedly be approved as classics.

The town also remembers attractions with names so inappropriate you can’t say them out loud. History has it that once upon a time there were seven wonders in Aschaffenburg that townsfolk boasted of to visitors. Among them were two century-old lindens planted in 1574, a head of a huge boar that almost killed archbishop of Mainz during hunting, rib of a mammoth found during excavations on the bank of Main. Unfortunately, only one wonder survived till our days – and as ill luck would have it, the one that can’t be talked about in a respectable company. On the wall surrounding the castle of Johannisburg, if you watch closely, you can see a protuberance in the shape of… buttocks. Whether it was a joke of the masons who erected the wall, or a good luck charm, we won’t find out anymore. But the history is as it is, and “the seventh wonder” under the code name of “Ascheberger A” is mentioned even on the town’s official website. You can even buy buns of the same shape in one of the local pastry shops. However it’s more of a local joke rather than a real culinary “specialty”.

Aschaffenburg holds the second place in Germany in number of cafés and restaurants per capita. At that, the town does not have its own hit dish. However one of the popular beer brands – Schlappeseppel – has Aschaffenburg origins. Its history started back in 1631 when during the Thirty Years’ War Aschaffenburg was occupied by the army of the Swedish king Gustav II Adolf. To their disappointment, there was not a single drop of beer in the town abandoned by the majority of residents. Then the king demanded one of his soldiers to take care of brewing the heady drink. Swede Josef Lögler nicknamed Lame Seppel (Schlapper Seppel) volunteered to fulfill the king’s order. After this fellow countrymen left Ashaffenburg, he stayed in town and sold his beer in a small brewery “Schlapperseppel”. Since 2001, when the brewery producing this sort merged with a similar company, Schlapperseppel is produced in the neighbouring Großostheim. But the old brewery still works to the delight of both local residents and tourists.

As to food, in the beginning of autumn plum pie Quetschekuche is popular in Aschaffenburg. There is an old custom during the traditional fair in honour of Virgin Mary’s birth (September 8) to invite relatives and friends for coffee with pie. There are two ways of baking it – urban and rural. According to the first, each plum is cut in four parts and put on dough in compact rows like scales. According to the other recipe, halves of plum are put on a layer of dough round side down. This pie can be consumed separately or with potato soup, no matter how strange this combination might sound to foreigners.

Thanks to its unique microclimate, Aschaffenburg earned a very flattering nickname of Bavarian Nice. Checking whether that is right, and also seeing the seventh wonder and drinking beer that has been brewed for more than three centuries – are worthy reasons to visit this town.

Cafes, bars and restaurants in Aschaffenburg 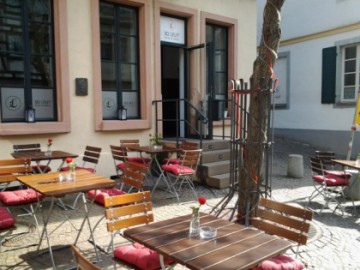 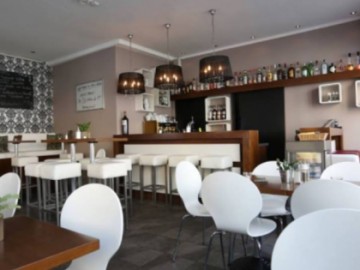 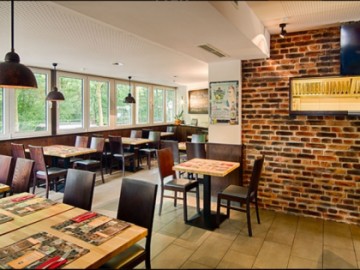 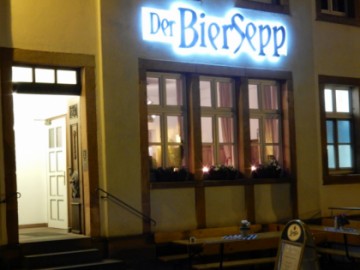 Landmarks in the city Aschaffenburg 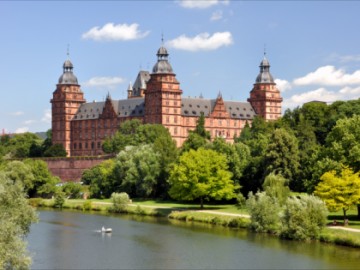 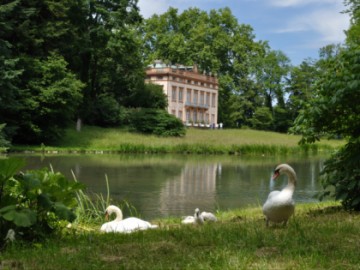 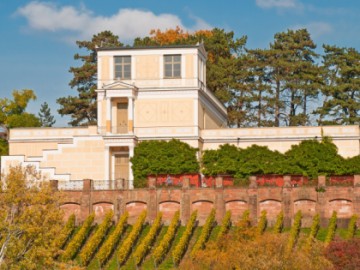 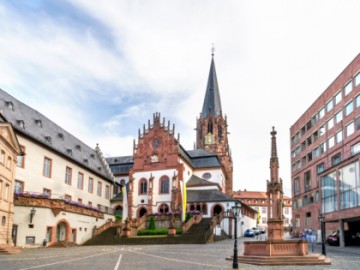 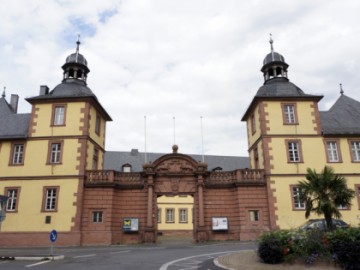