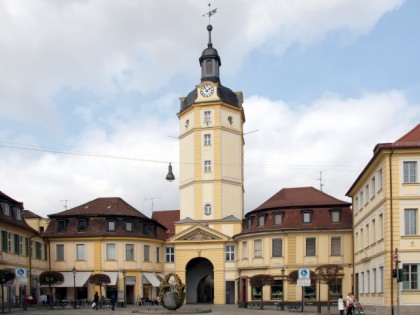 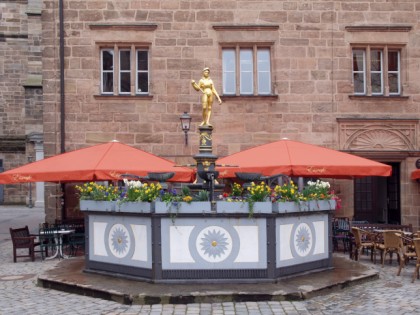 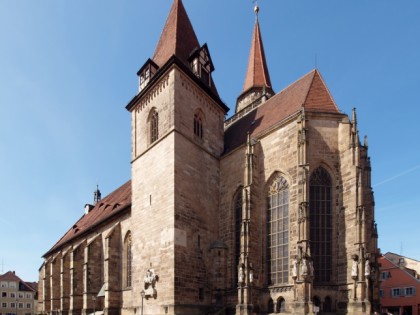 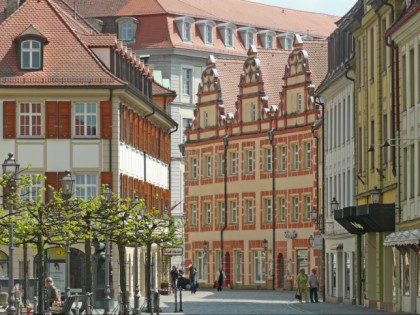 Ansbach: in the center of a historical mystery

Ancient Ansbach fascinates with its medieval architecture and buildings in baroque style. Here you have to walk in the town center with Fachwerk houses and residential palace of Ansbach margraves. Undoubtedly, you have to step inside the church of St. Gumbertus, where a unique 17th century Bible weighing 40 kg is kept. Another exiting story is the mystery of Caspar Hauser – a mysterious man who lived in the town in the 19th century.

Ansbach is located 40 km away from Nürnberg. This town in the historical region of Franconia owes its existence to the saint Gumbertus who in the 8th century established a monastery here and converted the population of the neighbouring villages to Christianity. Since then Saint Gumbertus is the saint patron of the town. In the chronicles of 1221 a place called Onolzbach was mentioned, while the current name appeared afterwards, approximately 150 later. “Ansbach” literally means “at the spring”. The small Ansbach principality was a part of various state unifications in the late Middle Ages, at the end of the 18th century it was a part of Prussia, while after the wars with Napoleon it was included in the large principality of Wittelsbach.

Ansbach has a connection with the story of a mysterious foundling who in the beginning of the 19th century was called “The Child of Europe”. An unknown young man who could not properly walk or talk, was found in 1828 in Nürnberg, and killed five years later in Ansbach. Curiously, when the young man was brought to a police station by passers-by, the only thing he could write was his name – Caspar Hauser. He entered history under this name. When the young man was taught to talk, it became possible to find out that in the early childhood he was locked in an underground dungeon, where he lived in a complete solitude on bread and water until he was 16! The boy’s date of birth was defined thanks to a letter (presumably from his mother) that was found in the folds of his attire. Numerous efforts to investigate the real identity of Caspar were made. However none of them ended successfully. Presumptions on his royal descent were expressed. Finally, the winning version was the one that said Hauser was a crown prince from the noble family of Dukes of Baden and was a victim of intrigues. In Ansbach Caspar Hauser spent the last three years of his life in the family of his guardian – a British nobleman. Hauser was stabbed in 1833 in one of the alleys of the local garden. His grave is preserved at the town cemetery. Porcelain figures of a young man in a jacket became the main local souvenir.

Historical center with Fachwerk buildings is well preserved in Ansbach. The real gem is the palace of margraves of Ansbach, where luxurious interiors are maintained. Another absolute rarity worth seeing here is the 40 kg Bible of the 12th century which is kept in the church of St. Gumbertus.

The local crowning dish – Ansbach wurst – consists of strongly smoked sausages served with stewed cabbage and black rye bread. As the sausages are rather spicy, it is better to drink local beer with them. By the way, there are 10 breweries in Ansbach and its vicinity, which is quite a lot for a town with 40 thousand people!

Ansbach attracts with provincial comfort and silence. Its deliberate rhythm of life spreads even on tourists, that’s why travelers always feel comfortable here.

Cafes, bars and restaurants in Ansbach 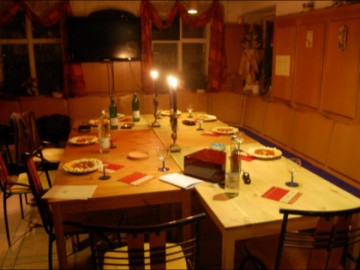 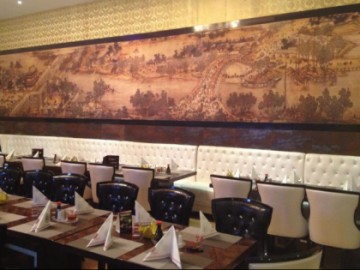 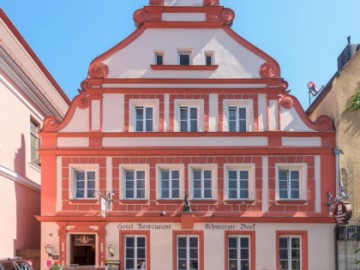 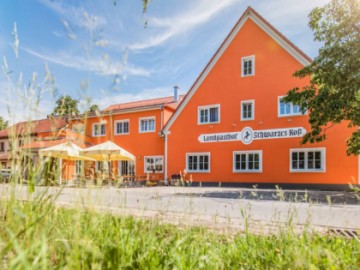 Landmarks in the city Ansbach 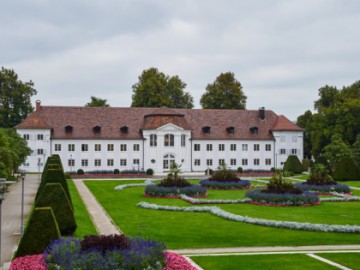 Ansbach
Conservatory and the palace garden
Parks and recreation

Conservatory and the palace garden 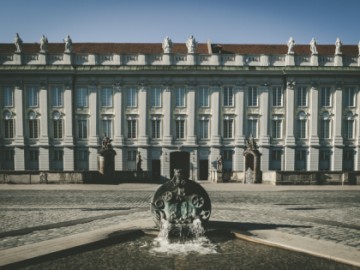 Residential palace of margraves – a monument to pompousness 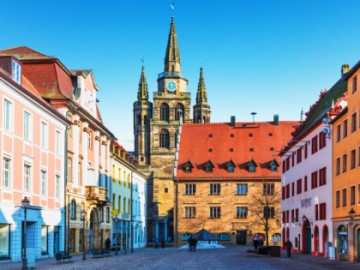