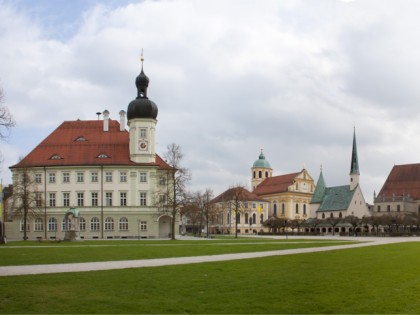 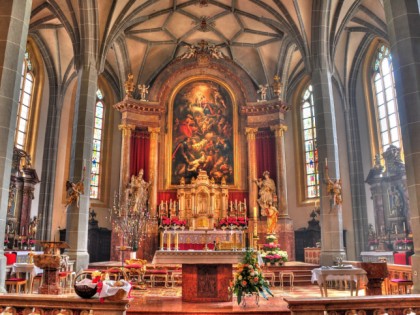 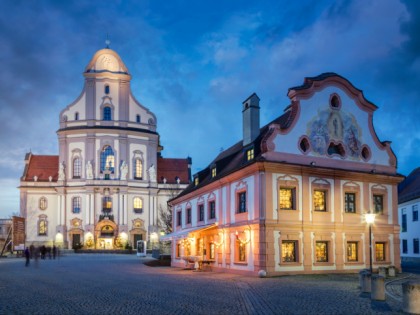 A Bavarian saying goes: “One road from each door goes to Altötting.” The name of this small town is familiar to 70 per cent of population of Germany! Even though there are only 12 000 people living here, more than a million people visit the town every year! The reason lies in the local Chapel of Mercy (Gnadenkapelle Altötting) where a relic of the catholic world, the wooden statue of the Black Madonna is kept… The motto of the town today goes “Altötting. Herz Bayerns - Shrine of Europa” which means “Altötting. Heart of Bavaria – Shrine of Europe”.

In Christian art Black Madonna is a customary name for images of Virgin Mary on icons or statues that grew dark for unknown reasons (though it is usually ascribed to time and candle soot). Saints’ images as well as their relics are often connected with various miracles. The Black Madonna of Altötting is no exception. According to the legend, in 1489 this statue of Madonna, carved from linden, returned to life a boy who had drowned in the river. Since after the miracle, every year hundreds of thousands of Catholics visit it to kneel down and say a prayer. First personas of world Catholicism have also performed pilgrimage to the Black Madonna. In particular, John Paul II visited Altötting in 1980. Thirty years later Pope Benedict XVI who was born in the area came with a visit too.

However the town is known not only because of the Black Madonna and miracles connected to her. It boasts of a history the majority of large cities would be jealous of. Altötting was established in the 9th century during the sons of Karl the Great. A little later an abbey was founded here. It was from Altötting that grandson of Karl the Great, Karlmann the king of Bavaria ruled his kingdom. He is also buried here. Chapel of Mercy was always the subject of attention of Bavarian rulers. Hearts of practically all kings of Bavaria – from early Medieval Ages to the end of the 19th century – are buried in this chapel. This is probably another reason why Altötting is called the heart of Bavaria.

Naturally, the dominating cuisine in Altötting is Bavarian. In restaurants you will be served pork dishes with stewed cabbage. Try bretzels with local cheese “obatzer”, have a piece of local jellied meat Sulz. And of course, beer. However there are some gastronomic peculiarities as well. Visits of popes to the town did not go without a trace. In the Hotel Plankl restaurant you can find a dish named “Swiss guardsman steak” (Swiss guard protects the pontiff since the 15th century). It is a juicy beef steak with onions, mustard and spicy herbs. Another cult place in the town is the old hotel Zur Post with an excellent restaurant that had been visited by Wolfgang Amadeus Mozart and Bavarian rulers from the Wittelsbach dynasty.

Altötting is the spiritual heart of Bavaria. The majestic chapel with the Black Madonna and crowds of pilgrims give the town solemnity and uniqueness. A walk in the quiet streets and water splashes on the old mill will only supplement your expressions on the region’s life, while visits to the cozy local restaurants will remain in your memory for a long time. So what if Mozart and popes have not been in all of them. The ones they avoided are in no way worse than the most advertised places of Altötting.

Cafes, bars and restaurants in Altötting 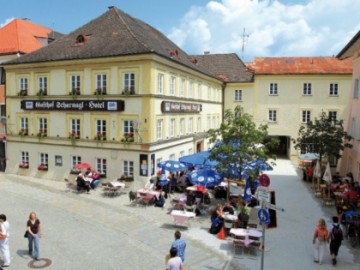 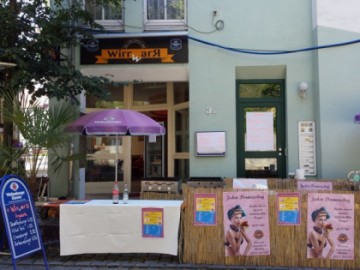 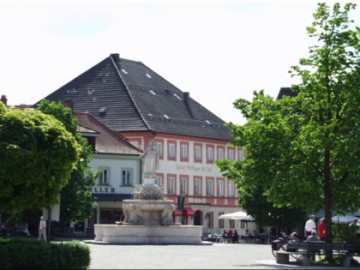 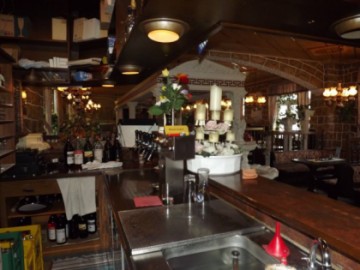 Landmarks in the city Altötting 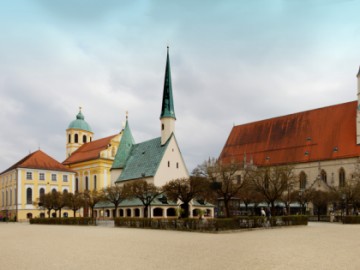 Abode of Virgin Mary’s Mercy: pilgrimage of Catholics from all over the world